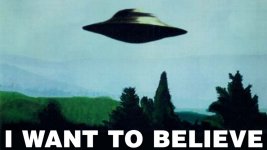 absolutely, although he probably has his hands full.

down to five now. What's the deal with Tommy Tugboat or whatever his name is?

Leo said:
down to five now. What's the deal with Tommy Tugboat or whatever his name is?
Click to expand...

He was anti-Brexit so Lib Dem voters think he's an alright sort in spite of him being essentially complicit in *gestures in the direction of the last decade of Tory policies* that stuff.

turns out he announced his book being released, a self-serving bait-n-switch worthy of a tory.

Leo said:
turns out he announced his book being released, a self-serving bait-n-switch worthy of a tory.
Click to expand...

Well he is one, duh.

Not sure why, but he is. 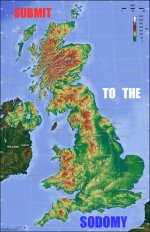 Just Brit your teeth and think of England.
V

Nadhim Zahawi has been accused of giving a misleading explanation of his tax affairs amid allegations that he may have avoided millions in tax by using an offshore family trust.

Before moving into politics, the chancellor made his name in business as one of two co-founders of YouGov, the polling company set up in 2000.

Zahawi, 55, has faced growing questions for allocating 42.5 per cent of the business — the shares that he was entitled to as co-founder — to Balshore Investments, a Gibraltar-based company held by a trust controlled by his parents. Zahawi took no shares at that time.

The stake owned by Balshore Investments was eventually sold for about £27 million. If the shares had been held by Zahawi, capital gains tax of about £3.7 million would have been due.

Earlier this week, he denied any tax benefit from the structure and told The Times that his father, Hareth, had previously set it up and had been entitled to the shares because of the “very considerable business know-how” he gave to the venture.
Click to expand...

This explanation now appears to have been undermined YouGov’s company secretary, Tilly Heald, who said that Hareth Zahawi had not advised the business and was merely a shareholder. “To YouGov’s knowledge, YouGov had/has no association with Hareth Zahawi beyond any interests he may have held/holds in Balshore Investments Ltd in its capacity as a YouGov shareholder,” Heald said.

Employees who worked at YouGov in its early years had no recollection of Zahawi’s father being in the office and were surprised to hear of his alleged involvement with the business.
Click to expand...

Dan Neidle, head of Tax Policy Associates, a think tank, said it was “hard to see why Zahawi would be providing false and contradictory explanations other than the obvious conclusion that this was a tax avoidance structure”.
Click to expand...

Nadhim Zahawi ‘may have avoided millions in tax with trust’
V 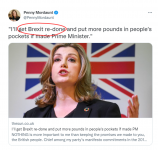 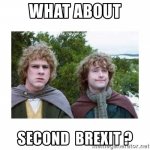 Interesting this. If he'd have just kept his head down when Boris made him Chancellor i reckon it would have just stayed as a Byline Times-esque story and not got investigated, but as soon as he stuck his head above the parapet to a) resign with the pointed letter & b) try and run, it's all kicking off for him

These stories have been knocking about for ages. Bit of a know your place situation, maybe

Apparently it's down to Truss and Sunak.

Leadership tv debate on Talk TV suddenly disrupted by a crash and Truss "saying, Oh my God"... Could be the presenter having fainted