Shoegaze, nu-gaze - is it wrong to like the bands that are now (well - all these three have been going for a few years) looking back to MBV? They probably don't add that much to the genre, the studied Warhol-coolness might be too studied and all - but I still find that I like em:

I've always like MBV and Slowdive, but have real trouble enjoying anyone else beyond these two.

too punk to drunk

It's interesting how POPULAR shoegaze music is these days. I remember very clearly at the time simon Reynolds bagging the shit out of the genre as being the 'scene that celebrates itself', but in hindsight alot of the bands have dated alot better than many of the American grunge bands of the time, and there are more kids mucking around with guitars doing the shoegaze thing than before! Another thing that was interesting was that yes, all the shoegaze bands were an amalgum of Sonic Youth/Dinosaur Jr 'yr living all over me'/My Bloody Valentine and Frippertronics, but the sound coalesced into it's own tradmark that resonates until today. Not bad for a 'derivative' genre!

I recently saw DEERHUNTER who seem to be the kings of the nu-gaze sound, and despite their terrifc song 'nothing ever happened' live they were quite dull and boring, and are just a slightly juiced up version of the Pale Saints!

When I was compiling those "Dream Rock" mixes, I listened to a lot of minor showgaze bands, just to see is they were as shite as I remembered. Mostly, they were but that one Moose track really blew me away - great song, superb production, phenomenal drumming. I actually saw them live around the time of that single. It was at Hereford Lads Club and I was a one of about 15 people in attendance. Moose were pretty poor but the opening act was (the then virtually unknown) Stereolab, who were really great. Bought Super Electric the next day.

Not a fan of Deerhunter but I do like the Pale Saints a lot. The Comforts of Madness is a pretty much perfect album - every song is great. They could be pretty juiced up too - some nice Neil Young-esque guitar solos, anyway. The main guy also went on to form an interesting post-rock band called Spoonfed Hybrid.

The only contemporary shoegaze band I really like is A Sunny Day in Glasgow. Here's what they sound like...

I know this may seem strange, but here some echoes of Interpol. Could Interpol be some form of Dream Pop? not necessarily shoegaze.

Though Interpol seem a lot more hhhmm Depressive? Too Serious?, Something Morbid about em. No I Change my mind, they couldnt fit, just because their morbid lyrics and depressing videos.
Last edited: Mar 9, 2011
C

as stated above, A Place To Bury Strangers are the class of the current shoegaze bands. i especially like their second album "Exploding Head"

as for proto-shoegaze, how about The Passions?

i agree with comment about Lush being unfairly overlooked. Spooky-era Lush has aged very well

The Cranes were another great shoegaze band, if rather on the margins of the movement =

Also, the latest album, 23, by Blonde Redhead was very good and very shoegazey

Ultra Vivid Scene was also mentioned above. "Mercy Seat" is one of my all-time favorite records. However, I am unsure whether to post the superior 12" version or the video featuring a very young Moby (with hair) on bass. Perhaps both?

Sianspheric - The Sound Of The Colour Of The Sun

One of the most criminally under-appreciated albums of the '00s. It's beautiful yet very abrasive. And 'cause nobody really ever bothered with it you can still pick up copies of the CD for like 5 quid. Winner.

My one real regret about those compilations I made was that I left off "Tomorrow's Tears" by Cranes.

I did include "Special One" by UVS, though. Less shoegazey than "The Mercy Seat" but a great tune, with Kim Deal on backing vocals.

As for proto-shoegaze, anyone know Dif Juz? Kind of a cross between 23 Skidoo and Cocteau Twins.
W

Anyone heard about this London instrumental band, Kontakte bit more than the sum of their influences

Came across this band, Their a preety good NYC based band. School of Seven Bells

not read it all, but this article is pretty good, or at least the bit interviewing rudy from a.r. kane is good 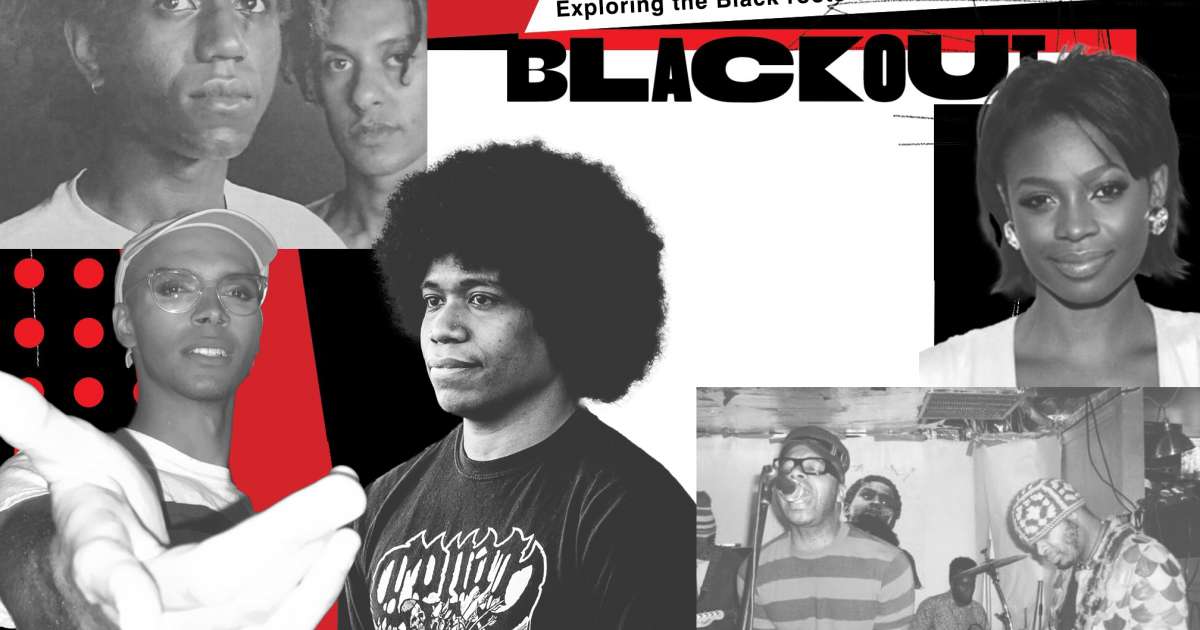 Exploring the Black roots of shoegaze and dream pop

M.I.C uncovers the Black origins of shoegaze and dream pop and meets the Black musicians taking the sounds forward
mixmag.net


The Veldt sound really good - not heard of them before.


No mention of dean blunt so far, which is telling.

irt: dean blunt, i am embarrassingly and singlemindedly obsessed with his stuff right now (it's happened before) and don't feel uh, lucid enough to give a -fair- take on 'how has shoegaze impacted dean?' other than saying that his sampling felt and the pastels is a big tell.
i think that if he's trying to say anything with black metal it's that any raciology of popular music is counterproductive and racist, that genre categorisation implies a raciology to begin with and that when music like a.r. kane (or the cocteau twins or the valentines (or hype williams)) is contemporary, it defies all of that.
the black man has to fly to get something the white man can walk to.
B

I love the 4AD shoegaze sound and My Bloody Valentine and I don't think of it really as rock/guitar music - yes it's made using those instruments but it's really all about texture rather than riff/melody, and studio effects rather authentic live recording, so in those ways it's actually almost like the way I listen to and enjoy dance and electronic music.
B

You can probably draw a line from MBV "Sometimes" to something like DJ Koze "XTC" in terms of mood and sensation.