how much do you drink in a normal week?

Change in the weather. I have a slightly sore knee. But I did save a dove from a cat today.
K

a bottle of wine a week

kevinoak said:
a bottle of wine a week
Click to expand...

The return of the mighty Oakster!

he's not even got any recommendations! the sigh of a disillusioned bot turned to the bottle

entertainment said:
he's not even got any recommendations! the sigh of a disillusioned bot turned to the bottle
Click to expand... 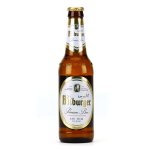 I don't drink very much since corona. The thought of a table, beers and cigarettes, smokey room, packed and noisy, talk and being with people until 5 when they close and then shambling through the city to home and bed, seems so foreign to me now even though it was a weekly occurrence not long ago.

Just do some DMT to rebuild the lost connections and restore yourself to the correct quantum vibration level. Easy peasy.
D

HMGovt said:
Change in the weather. I have a slightly sore knee. But I did save a dove from a cat today.
Click to expand...

Was it so you could eat it yourself?

DannyL said:
Was it so you could eat it yourself?
Click to expand...

There is a very rotund pigeon I have my eye on.

Grim Britannia but so, so true. Had a couple of beers over summer (in the same day). Started yawning. Too hot. Alcohol has been a strange world. It’s this normalised position of ‘just going to the pub’ to crawling home, or ‘grip me a 6-er of strongbow when you’re at the shops’, to early onset dementia with a specific friend and worse.

Due to the love affair these islands have for booze, you’ll never see a brain image scan on a can or bottle. ‘Stop being a buzzkill’, ‘I’m an adult, I can handle it‘ etc. Got a big service review at work this week and a few bods are expecting the shitcan. Fucked up given the increase in referrals this year too. One for the Covid conspirabods there.

Good singalong in this video. The chorus (we're all urged to join in) goes, boozing bloody well boozing.

I was reading about Oliver Reed the other night. Legendary drinker.

Reed was known for his alcoholism and binge drinking. Numerous anecdotes exist, such as Reed and 36 friends drinking, in one evening: 60 gallons of beer, 32 bottles of scotch, 17 bottles of gin, four crates of wine, and a bottle of Babycham. Reed subsequently revised the story, claiming he drank 106 pints of beer on a two-day binge before marrying Josephine Burge: 'The event that was reported actually took place during an arm-wrestling competition in Guernsey, about 15 years ago; it was highly exaggerated.' In the late 1970s, Steve McQueen told the story that in 1973, he flew to the UK to discuss a film project with Reed who suggested that the two of them visit a London nightclub. They ended up on a marathon pub crawl throughout the night, during which Reed got so drunk that he vomited on McQueen.

Reed became a close friend and drinking partner of The Who's drummer Keith Moon in 1974, while working together on the film version of Tommy. With their reckless lifestyles, Reed and Moon had much in common, and both cited the hard-drinking actor Robert Newton as a role model. Sir Christopher Lee, a friend and colleague of Reed, commented on his alcoholism in 2014: 'when he started, after [drink] number eight, he became a complete monster. It was awful to see.'
Click to expand...

Reed died from a heart attack during a break from filming Gladiator in Valletta, Malta, on the afternoon of 2 May 1999. According to witnesses, he drank eight pints of German lager, a dozen shots of rum, half a bottle of whiskey and a few shots of Hennessy cognac, in a drinking match against a group of sailors on shore leave from HMS Cumberland at a local pub. His bar bill totaled a little over 270 Maltese lira (almost 450 GBP; about 594.72 USD). After beating five much younger Royal Navy sailors at arm-wrestling, Reed suddenly collapsed, dying while en route to hospital in an ambulance. He was 61 years old.
Click to expand...

It's that sort of line you cross at a certain stage isn't it. Gets a bit edgy. Might go dark side.