Tea is gonna love this one

Trump Asked Aide Why His Generals Couldn’t Be Like Hitler’s, Book Says

The former president once asked his chief of staff why his military leadership couldn’t be more like the German generals who had reported to Adolf Hitler, according to an excerpt.

He just got an automatic push notification

Everyone down your shots

Wonder what this is about...

The FBI executed a search warrant today at President Trump's Mar-a-Lago resort in Palm Beach, the former president confirms to CNN in a lengthy statement.
Click to expand... 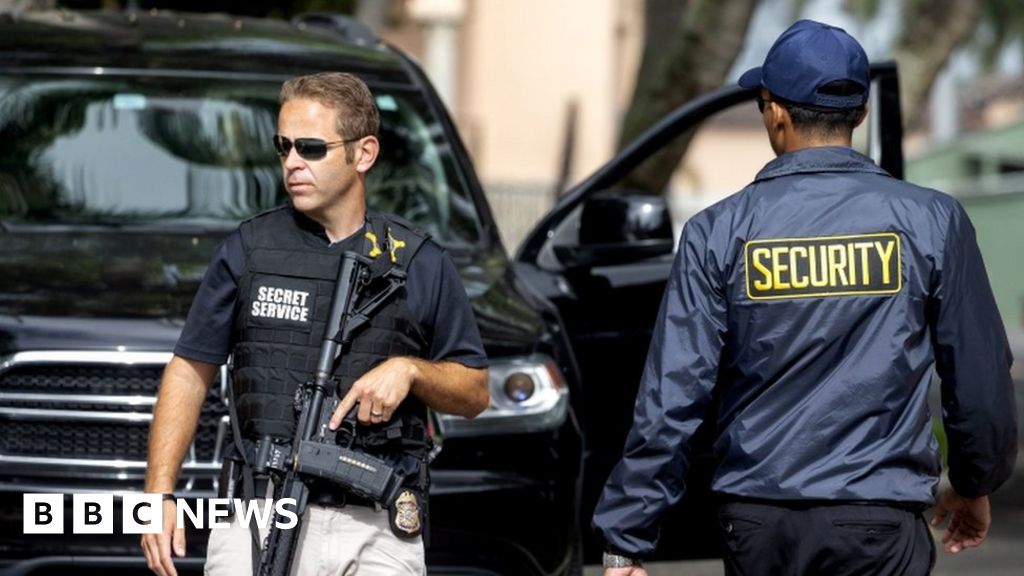 Monday's search was reportedly linked to an investigation into Mr Trump's handling of official papers.
www.bbc.co.uk

Corpsey said:
We're eager to knock anybody who gets big for their boots off their perch.
Click to expand...

Horrible mixed metaphor, had to pull my 30 year old self up here

Once the operation (executing the warrant) was under way, the FBI placed a call to Eric Trump, the former president’s son, who according to the account he gave to Sean Hannity on Fox News on Monday night was the one who, in turn, broke the news to his father. At the time, father and son were in Trump Tower in Manhattan, where the former president is preparing to be deposed in a civil lawsuit brought by New York state relating to his company’s financial bookkeeping.
Click to expand...

Oh that's just a tiny part of it I know.

Anyway, he's busily pleading the fifth again and again and again today, which of course is his right. Although some people do say things such as "the mafia pleads the fifth" and "if you're innocent why would you plead the fifth?" - now who was that again?

I keep getting mixed up with all the things that he is being pursued for, but one thing that I keep seeing today and that I've read before is that, while pleading the 5th in a criminal case cannot be taken by the jury or judge as implying any kind of guilt (and in fact the prosecution may not allude to the fact that the defendant has done so without risking collapse of the trial), in a civil case it may be taken as at least implying guilt.

To me that raises a number of questions. Firstly how can it be that the exact same action can in some cases be taken to mean something, while in others it can't? I mean I could understand if it was due to the circumstances in which the plea was taken, in other words I can see how the specific context might matter as to how you read an action - but that's not what is happening here, it's nothing to do with the details of the case in question, it's just a matter of the type of trial, so how can it be that refusing to answer questions because doing so might incriminate you can be seen in a civil case as meaning that you are guilty and are simply avoiding saying so... but in a criminal case not so?

Also, if, in a civil case, pleading the fifth can be taken as an implication of guilt, then what is the advantage of doing so? You might think that you would only take the firth - implying your guilt - if not taking it would really strongly imply your guilt, in other words pleading the fifth tends to not only imply your guilt but makes it seem that you're dodging really strongly implying your guilt, and that then sort of escalates how strongly your plea implies your guilt... which in turn means the other option must be even stronger... and so on, a kind of self-referential escalating implication of guilt.

Ooh, who could have foreseen that... but how nuts do you have to be to start a one-man attack on a heavily armed and large group of people like that? To be so annoyed that Trump got raided that you are prepared to, likely die, or at best get arrested and go to jail for a very long time. Presumably he doesn't think he's a Keanu Reeves type who can fight his way through the whole organisation and then capture Wray and bring him to book so I take it to be that he's simply so enraged that he is prepared to sacrifice his entire future in a futile gesture against this historic injustice.

I guess this is what happens when you think that elections are rigged, the bad guys control the courts and everything else from hollywood to the universities and they are persecuting their political enemies on trumped up charges. The only option is to physically fight back. Though to be honest, going down in a hail of bullets after picking a fight with a much stronger enemy seems more like grandstanding than any real attempt to win back America and make it really really great again.

On twitter, I have seen a number of Trumpoids advising patriots NOT to take this kind of action as it would be playing into the hands of the Dems who are anticipating precisely this and, coiled like a cobra about to strike, they are preparing to launch lightning fast laws in response. Or something.

What they should have done

Oh and now WAPO is reporting on the docs that the FBI was searching for, turns out it's nothing too important after all, just a load of boring stuff about the US's nuclear arsenal, dunno why they were getting so worked up about it.