It's great when you're straight

The complete story. This guy is not someone I am really close to, I met him when I bought a record off him via ebay and cos he lived in London it was easier to meet at a tube than pay for it to be delivered and risk not being in when they came and so having to go to the PO etc

At our rendez-vous I recognised him cos he was like a taxi driver holding up the name of the person they were supposed to pick up, except in stead of a bit of card with a name he was brandishing Just Landed Cosmic Kid by Michael Bundt when I got off the train. 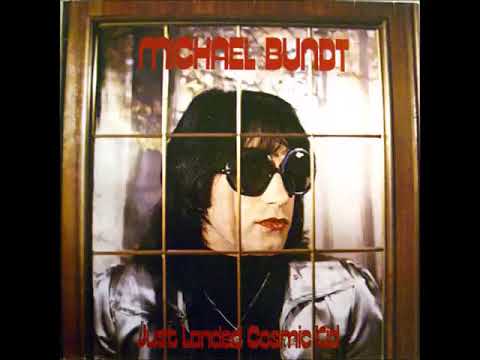 We got chatting, and when we parted we swapped details and stayed in touch. We would meet up every now and again for a beer etc and we DJ-d together a few times. But sometimes a little while would go between meet-ups, and after one such long gap we arranged to meet up and he said "Oh I've changed a bit since last you saw me" and proceeded to tell me the above story, but didn't say how he'd recovered and it felt quite hard to ask. But whatever, we agreed to meet up and go flyering(!) for this night we were involved in, I was expecting him be in a wheelchair or walking with two sticks and a frame or... well, I dunno, I had no idea how well you can recover from a broken back, but as far as I could tell on arrival he looked pretty much the same as before. Maybe he had a slight limp and apparently they had to rebuild his bones out of metal but he also had a huge prescription for codeine - we had to go into several pharmacies and take the whole supply of each one before it was filled - which we immediately started boshing and as a result he almost gave the impression that it was an overall plus.

Outside Ferro Bar in Porto there is a flagpole or something and apparently a few days before we last played there some dickhead climbed off it and fell down and smashed his head open, they all thought his dead. They showed me a photo and if I hadn't know better I would have though he was dead too, out cold, body all twisted and with his head in a massive puddle of blood. Seems he survived at least, I think he was alright in the end.
C

my best friend from school has stopped drinking. i saw him at the weekend for the first time in a couple of years and he told me how he went out to a gig on his own, cycled, without a helmet. got invited back stage as he knows the band and they had sold the place out so there was loads of extra booze. he got blackout drunk and cycled home. woke up in bed covered in blood on his face, had no idea how it happened.

had to go to A&E and get stitches to his forehead. he's got this scar now above his lips and some problem with his chin which he's on the waiting list for.

he was showing me a photo he took of himself in the morning after and he looks completely unrecognisable.

so he's stopped with the booze and is sticking to the class As.

catalog said:
he got blackout drunk and cycled home. woke up in bed covered in blood on his face, had no idea how it happened.
Click to expand...

I'm going to go out on a limb here and suggest he may have fallen off his bicycle while very drunk and landed on his face.

Are you sure he didn't fall off a railway bridge, break his leg and lie stuck there for three hours while an ambulance tried to find him?llllllllllllllllll

IdleRich said:
Are you sure he didn't fall off a railway bridge, break his leg and lie stuck there for three hours while an ambulance tried to find him?llllllllllllllllll
Click to expand...

No, I'm not sure that didn't happen. I merely suggested the most likely explanation.

luka said:
I prefer being straight I think. Us '90s people grew up thinking we had to be fucked up every day. It's hard for us to learn how to live straight. Mind you, I owe drugs a lot. They definitely make you more intelligent and cultivated.
Click to expand...