Since Russia invaded Ukraine in February, around 15 Russian oil executives and bankers have died in at least moderately suspicious circumstances.
Click to expand...

Anatoly Gerashchenko, the former head of the Moscow Aviation Institute, was working at the university this week as an adviser when he “died in an accident,” according to the group’s press release. The Russian newspaper Izvestia reports that the 70-year-old aviation expert “fell from a great height, flying down several flights of stairs” to his death.

Gerashchenko is far from the only prominent Russian figure to lose their life in strange circumstances over the last few weeks. On September 14, the 68-year-old editor of the pro-Kremlin state newspaper Komsomolskaya Pravda, Vladimir Sungorkin, died while on a business trip in Far East Russia. According to a colleague who wrote about the incident, Sungorkin “began to suffocate” while driving; a doctor later determined that he had suffered a stroke. The day before Sungorkin’s death, Ivan Pechorin, the 39-year-old managing director of the state-run Far East and Arctic Development Corporation, also died in the Far East, falling off a moving boat in the Sea of Japan.

The most notable death in the ranks of Russia’s business elite came on September 1, when Ravil Maganov, the 67-year-old chairman of Lukoil, died after falling out the window of the sixth floor of Moscow Central Clinical Hospital. The Russian state news agency TASS reported the death of the leader of the country’s second-largest oil-and-gas firm as a suicide.
Click to expand...

who blew up the pipeline?

yyaldrin said:
who blew up the pipeline?
Click to expand...

There are plausible arguments for both Russia and the USA having the motivation, as far as I can see.

Mr. Tea said:
There are plausible arguments for both Russia and the USA having the motivation, as far as I can see.
Click to expand...

yeh i just thought it would be strange if russia would blow up their own pipeline that they have been using to blackmail europe?

yyaldrin said:
yeh i just thought it would be strange if russia would blow up their own pipeline that they have been using to blackmail europe?
Click to expand...

One hypothesis is that it's a test for Germany. If they rush to repair it, then Putin knows he's still got them by the balls.

problem now is what happens next year, after stock piles run out

Guess they'll have to use less cheap imported gas and develop their own natural reserves, like UK, Netherlands, Norway, etc. And turn their nuclear reactors back on sehr schnell

HMGovt said:
Guess they'll have to use less cheap imported gas and develop their own natural reserves, like UK, Netherlands, Norway, etc. And turn their nuclear reactors back on sehr schnell
Click to expand...

Assuming they haven't already progressed too far with the decommissioning process.

Green lunacy vs. reality, love it.

We'd have energy independence in this country, now, if only greenpeace hadn't stopped it in the courts a decade ago. Nuclear, not fracking, btw.

They have not. It's political, and possibly a HR problem mainly.

Speech included annexation on grounds of UN mandate for self determination, western meddling, western politics, western parenting, on and on, Opium Wars, colonialism and a moment of silence for the fallen

Sternest bunch of faces gathered, from beardy orthodox patriarchs to soft looking bureaucrats to what must be snr special forces with lumpy builds and ruddy boxy heads. Worth watching the replay for the silent intro where vip’s are murmuring and aware cameras are rolling, who’s chuckling, who’s deadly serious, who’s looking twitchy

Jeffrey Sachs just went on Bloomberg and said he thought the US was behind the pipeline incident.

version said:
Jeffrey Sachs just went on Bloomberg and said he thought the US was behind the pipeline incident.

Absolute bog standard conspiracy trash on her tl so the above can be thrown in the bin with the rest of it.

i don't think she was the one who said it though Danny. i think it was the person on the telly that said it lol
V

I dunno who she is, I didn't look at her account. I don't think that changes the content of the clip though. It's still Jeffrey Sachs on Bloomberg.
D 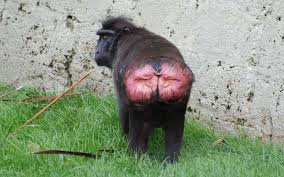