Overdue thread I promised Luka (who's probably still AWOL atm) b/c it's a group I like that feels perfectly designed to send him hurried to Vigilant Citizen in an aggressive fashion (also one of my favorite groups to follow for music in the last two years?)

Concept is fairly simple, a small Korean pop label (owned and funded by an arms manufacturing company) that's had occasional hits but nothing big decides to spend 9.8 million on developing a girl group but with a two year incubation period where instead of debuting the girls altogether, they instead debut each individual member with a solo single, occasionally opting to group several of the members into sub-units. There's 12 girls, one for every month in the year. Eventually they completed their full line-up with a proper debut single roughly this spring, which then allowed the group to enjoy considerable international hype and a relatively larger profile than your average group in that industry.

There's a particular advantage they have too in that the majority of their music videos and trailers are done by this studio named digipedi who are considered one of the top tier directorial companies in K-Pop. However, the label and digipedi basically have constructed this weird ambiguous 'world-building' exercise of putting easter eggs and incredibly arcane visual themes in all the girls solo videos and their group material, along with incredibly vague descriptions hinting at some sort of fantasy conceptual theme. Which is then bolstered by the fanbase who have ravenously poured over every scrap of possible data in order to interpret what the 'grander narrative' of the group's videos & material are. There's a level of detail there that is uh... very impressively fanatical, in the best way? 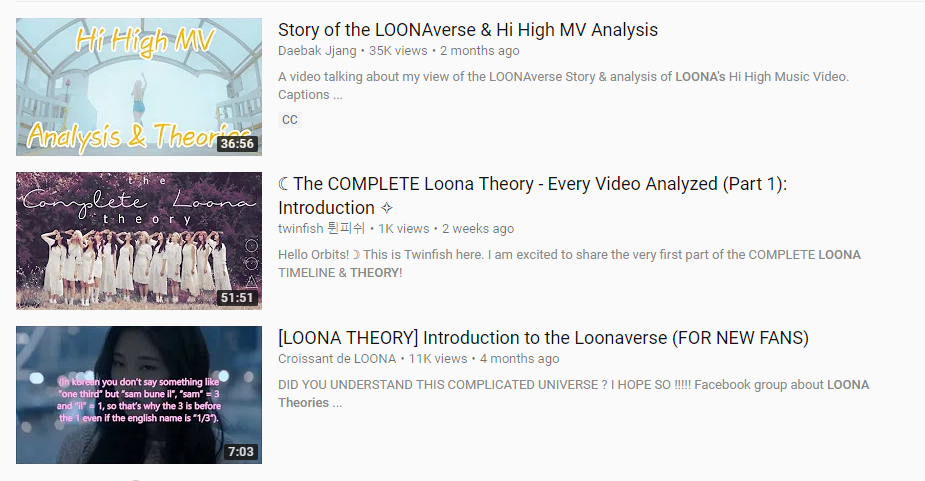 Also doesn't help that the videos are incredibly good.

The tunes themselves are standard to good, never poor quality. It's all pretty straightforward pop, but you get decent shifts stylistically from more bright showtunesy material to darker R&B/dance-tinged records to even trying modern stuff resembling nightcore or Grimes (who ended up getting roped into a collaboration with them). When it's a miss it can be disappointing but when it hits its rather intriguing.

for a moment there, I thought this was just all about ogling scantly-clad young girls.
C

I'm going to have to wait for barty or Trillhouse to humor me, I'm getting the feeling lol.
F

Apt that they should get a thread here. Are LOOΠΔ the summation of Mark Fisher's pop vision? Tendentious speculation on my part I know! (but that's part of their charm)

Its fun how much of their aesthetic chimes with Fisher. Be it Modernism, girl pop, Penguin paperbacks, Time, Kubrick, Magritte, Philip K. Dick, The Shining, Disney, Hopper, Picnic at Hanging Rock, Androids, their love of post-Industrial haunts (these girls sure love old factories, abandoned warehouses, shipyards etc...) its all in there!

Perhaps LOOΠΔ+MonoTree+Digipedi are valiantly upholding "Popular Modernism" in their own way or maybe its all bollocks!

No bother, are looking forward to the new one?
C

Fairly so. I'm also intrigued as to how successful they'll be because when they did the variety shows they did share an episode with fromis9 who are comparatively much much bigger in Korea so I'm curious if they've finally gained ground with more than just an international fanbase.
You must log in or register to reply here.
Share:
Facebook Twitter Reddit Pinterest Tumblr WhatsApp Email Share Link
Top