My gentle friend, if you are still relying on clean and rational explanations and thinking that nothing dark is going on, open your eyes, please! We need you. You are not a robot.

"I have friends in two locations"

Mysterious light in the sky near Luke Air Force Base, Arizona

i was in a train last sunday and it was 11 in the morning. an old guy sat down in the row of chairs besides me, opened half can of beer, and started video calling someone. this person answered his phone call with "heyyyy you old fart" and the guy in the train said "pssss, not so loud, i have you on the loudspeaker, everybody can hear you" and then at one point he got asked what he was doing in the train and he said "well, i'm going to this all inclusive hotel for four days, it got free food, drinks, swimming pool, sauna, everything. when i get there i'm gonna smoke a bunch of cigarettes on my balcony, watch formula 1 and order two hookers"

I can't wait until we get to exist in a purely informational state, ditch this floppy medieval meat.

Clinamenic said:
I can't wait until we get to exist in a purely informational state, ditch this floppy medieval meat.
Click to expand...

'Floppy'? Speak for yourself

but how can you then drink?

WashYourHands said:
but how can you then drink?
Click to expand...

I’d be willing to give that up, actually. The Last of the Negronis.

An auntie is visiting from Belfast, on the phone this morning (typed as accurately as possible during it all)

She has a touch of dementia so she does, she was caught popping out for a wheeze on a fag and forgot how to get back in her home....... i know, for the love of god. Eva too, been skundered all lockdown, what would Patsy think? people have lost their minds

Not really overheard, so much as something said directly to me, which struck me for some reason.

Working at home yesterday, there was a knock at the door, very young lad, like late teens, carrying a big holdall. He started speaking very briskly, explaining that he had been in trouble with the law with a cannabis conviction and was now trying to turn his life around, beocme a tree surgeon.

So he was trying to get money together for a chainsaw licence, so he could become a tree surgeon, so he was selling usefulhome products...

So then he got his holdall out and showed me a few bits, like a duster for ceilings to remove cobwebs, which we could actually do with, and some fridge balls, to keep the fridge fresh.

Anyway, I didn't buy anything but there was this one phrase he said repeatedly, I mean, his whole speech was like a well-rehearsed script, but he kept saying

"I'm just trying to pull myself out of my own failure"

and i dunno why, but it just struck me a bit... it felt like such an odd interaction, but maybe post-pandemic it's like we are back in the 70s and there are suddenly people knocking on your door, bringing the shop to the house a bit more. But this sort of script, I've not seen that for a while.
W

catalog said:
his whole speech was like a well-rehearsed script, but he kept saying

"I'm just trying to pull myself out of my own failure"
Click to expand... 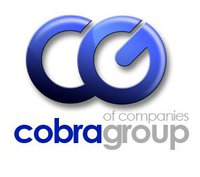 That is a great phrase, mind, whether its his or not.
C

Yeah I never heard of cobra group tbh but it felt like a ridiculously well rehearsed speech. Reminded me a bit of that recent Andrea arnold film as well. A24 again.


When I was at uni, I nearly got trapped into signing up to this sort of scheme, if was a thing where you go to America and sell encyclopedias door to door, but I told someone at a party I was thinking of doing it and they warned me off, based on someone they know.

A great idea for a thread, this was

Corpsey said:
You'll have to help me out here

Who did you hear saying that?
Click to expand...

How innocent I was here

I can't take credit for this one, but years ago on the b3ta messageboard the theme for the 'question of the week' board was overheard conversations. The one that really stuck with me was from some guy who'd been sat on a bus in Bristol and had overheard a couple who were having a very public row.