audible seams in deliberate reaction to the Xanax Zone

Kind of unnerving hollowness to it too

Do you mean in the sound of it? The digital inhuman glaze?

You know how some drugs seem to lock you into a inhuman frequency? So you're not flesh and blood anymore?

This kind of music is like watching adverts for the post human future and realising you're not going to be allowed to make the transition. Surplus to requirements. Cancelled stock.

I definitely think Barty is right in identifying this kind of music, the xanax zone, as the future that's here now, what he calls an inadvertent future in that it doesn't rely on sci fi trappings.

This is why it has the power to make people, me, genuinely uncomfortable in a way resident advisor endorsed landfill electronica never will.

Another way in which this future is disturbing, and this is crucial, is that it is about convergence and not resistance.

Look back at the beginning of the dematerialisation thread and you'll see how uncomfortable this makes people. This future is capitalist. It's not counter cultural. It's not an underground resistance. It's convergence. It's a folding in.

Staff member
27-09-2018, 07:41 PM #9 luka luka is online now
Beast of Burden
Join Date
Oct 2004
Posts
25,502
Default
Quote Originally Posted by thirdform View Post
the problem with autotune is that it is not cyborg enough. Zapp still sounds more radical at their best in that regard.
it think that makes it sound far more like the future-present though. cyborg is perhaps cooler sounding but the uncanny valley stuff is much more 2018. i think it's vastly more radical precisely because it doesn't depend on retro-cool. there's an ambiguity- am i drawn to this or am i utterly repelled and disturbed by it?
it's the queasiness of it.

its about tracking the progress
of an event. something which is happening to reality and is affecting almost every sphere of human
endevour, not just music and architecture, but we're mostly a music forum so it's in the music thread with a focus on music. it's probably the easiest way for us to think through it a bit.

Staff member
there's also a whole gamut of emotions or complexes of emotions that i think are peculiar to the internet and digitalisation and i think autotune is expressive of those things in a way vocoder can't be.
barty said his favourite bit in the reynolds article was the bit about it sounding like cher's face looks and i agree. that's a good example of the uncanny valley. or the instagram filters, or the japanese photobooths which preceded and inspired the filters-the smoothing of the skin, the enlarging of the eyes etc etc (and which people now get injections, surgery etc to replicate)
Last edited by luka; 27-09-2018 at 07:49 PM.

Staff member
So that, I suppose, as a way of saying I'm not interested in 'reactions to' the Xanax zone. I don't think that's the right response.
Last edited: Nov 20, 2019
S

luka said:
That's a really good one do another one!
Click to expand...

the 21st century has seen artists give voice to the machines. they have allowed themselves to act as vectors and messengers of artificial intelligences.

we have to listen to what the machines are telling us. they speak of the satanic.

the human voice is rendered something not dissimilar to a pungi

pungis are used in snake charming. these artists are charming the snake that tempted eve upon the tree of knowledge

technology of course offers us knowledge. like eve we have bitten from the fruit. 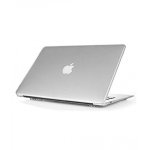 technological progress has removed humanity from the pastoral paradise it once inhabited. eden.

Dunno treelethargy how much you've read of dissensus over the last couple of years but this is stuff we've been sketching out for a while now across multiple threads like the dematerialisation one and the harlequin one and fucking all over the place. Stupid in a way to have let it get so spread out and dissipated I'd like to have to it all in a more accessible form but that's the nature of the forum I suppose.
E

yeah those 100+ page topics are a daunting bite for newcomers

I was thinking it would be useful for us to have a sort of Wiki for Dissensus, linking discussions across threads and even subforms.

But good luck to whichever fucker has to do that :crylarf:
S

entertainment said:
yeah those 100+ page topics are a daunting bite for newcomers

main points:
both bored and unnerved by this general trend in 2010's rap
feels wrong that shit from a decade-fifteen years ago that still sounds futuristic has been relegated to the 'retro', what feels like prematurely
trying to map out the difference and advocate for the latter over the former

Staff member
There's a good thing I found in Adorno which says the most modern is by no means necessarily the most futuristic or forward looking. When I'm out the bath I'll find it for you. It's crucial for this conversation and related ones.

luka said:
Stupid in a way to have let it get so spread out and dissipated I'd like to have to it all in a more accessible form but that's the nature of the forum I suppose.
Click to expand...

Lol you were loving exactly this last year. Egging it on

Staff member
A further point. Potential Futures do always get discarded prematurely and it's always heartbreaking and it's OK to admit that. We don't have to rush to trample what's gone before to do justice to what's happening now. That's not emotionally congruent.

pattycakes_ said:
Lol you were loving exactly this last year. Egging it on
Click to expand...

I still am patty. I really really love it. It brings joy to my soul. But I wish I were more of an archivist sometimes

Staff member
Most of the very very clever things I say I've forgotten a year later.

Staff member
I think the unnerved response is the most pertinent one incidentally. It's one of the key properties of this phase of cultural output. Where are we going and is it too late to stop it.
S

luka said:
A further point. Potential Futures do always get discarded prematurely and it's always heartbreaking and it's OK to admit that. We don't have to rush to trample what's gone before to do justice to what's happening now. That's not emotionally congruent.
Click to expand...

have we ever had a lost futures thread?

we should if we haven't

Staff member
This future, the Barty future is about convergence, identication with, folding in.

A resistance centred future is possible but only I think as the crafting of something all its own and unprecedented. A dream not a reaction to.