I like comics but don't really know much manga. I've read the one famous one about Hiroshima and also I've read a bit of Yuichi Yokoyama, but aside from that, it's all new.
S

what are normal manga panels like? all diagonal? lots of overlapping? 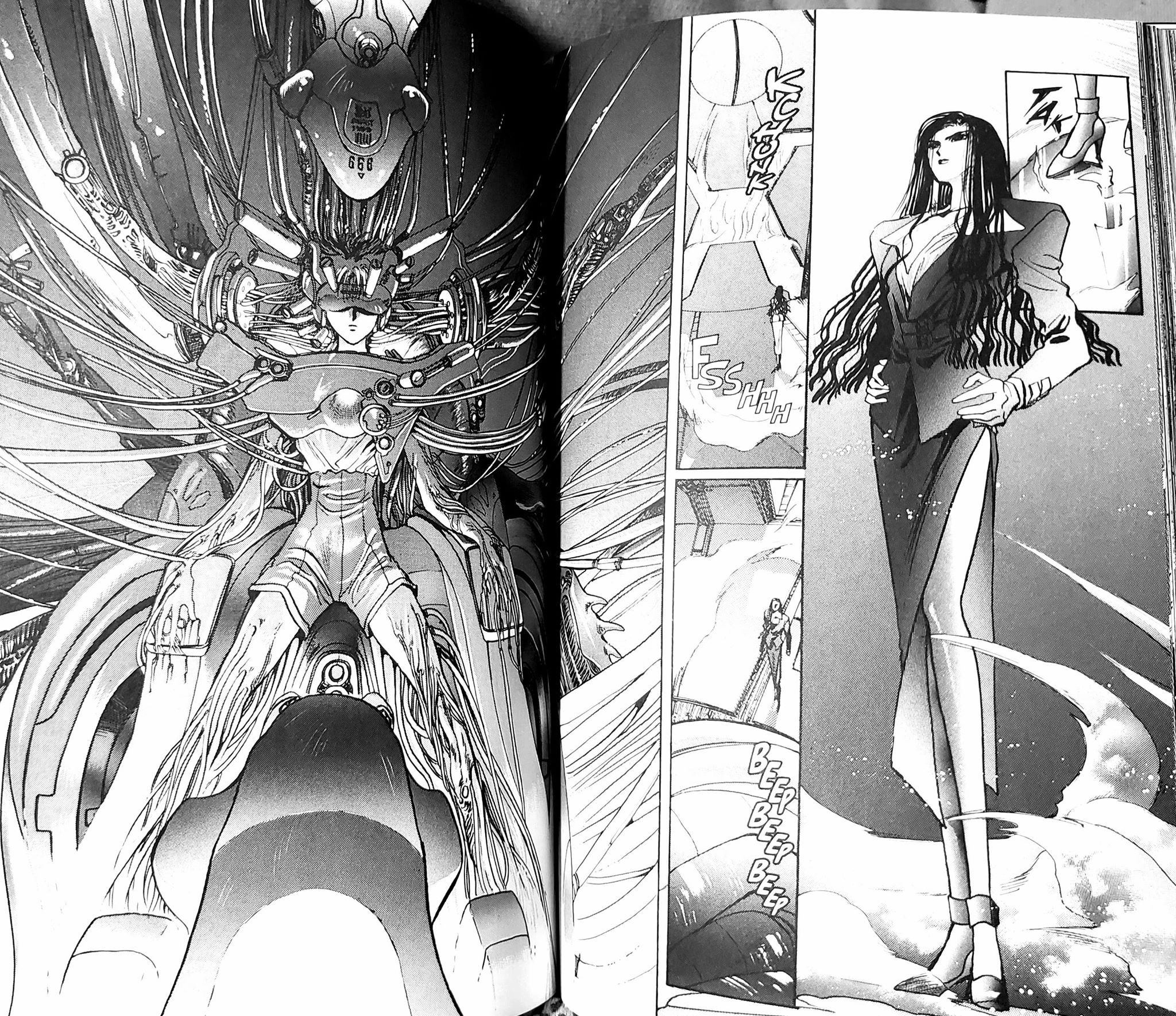 Can I just ask droid, is this gonna be all manga? All power to you, but will you not throw a few Moore's or crumbs in? Or a brinkman or something? Not even a CF?

Nah, dont worry. Ive got some euro and latin stuff, some british, maybe even some superhero comics.

I may not get one in today though. Have to figure out how to record a radio show during isolation tonight.
C

Yeah good luck with that
S

it's funny the celebration of splash pages people have. i don't share it. panel geometry is the art of comics, it's what the medium is.

i have similar reservations about watchmen's oft-celebrated 9 panel grid. to me it's a refusal to aesthetically engage with the medium itself (which is something moore often boasts of doing).

watchmen's like the drums on billie jean, whereas something like crisis on infinite earths is keith moon.

though to be fair the three panel pages and the 18 panel pages in watchmen are gorgeous.
C 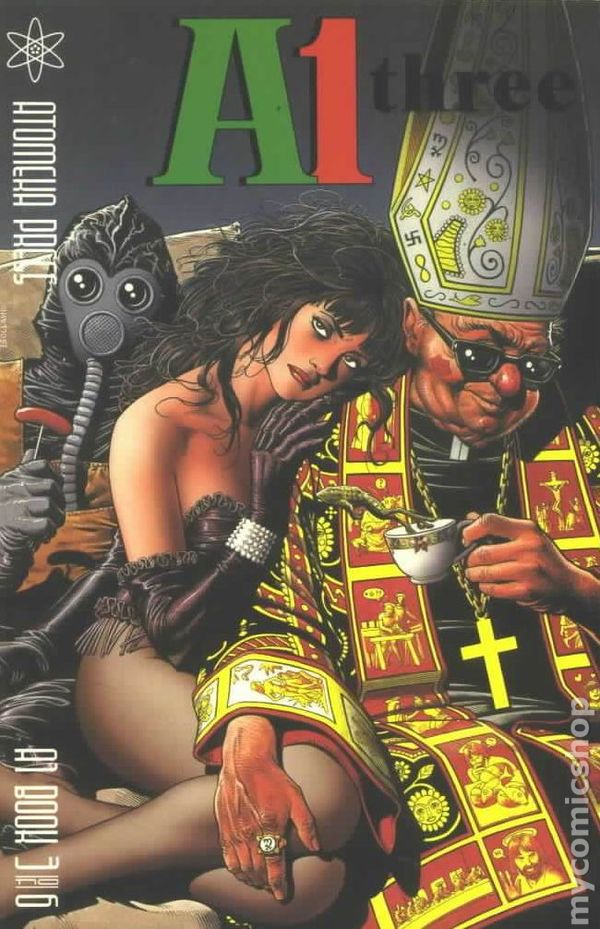 A1 was a British anthology book published by Atomeka press and created in 1989 by Garry Leach and Dave Elliott during the great UK independent explosion of the late 80's that also brought us deadline, crisis, revolver and toxic. Published sporadically over 3 years the book featured original strips from the likes of Brian Bolland, Alan Moore, Dave Gibbons, Eddie Campbell, Jamie Hewlett, as well as a smattering of spin offs from series' like Mr X & Flaming Carrot. The quality was, in general very high, though there was a lot crammed into every issue, so many of the stories were quite short. Its surprisingly hard to find digital versions, so Im just going to post one strip here, from issue 1, an amazing piece of work from Dave Gibbons and ted McKeever, one that's stuck with me for nearly 30 years, and IMO, the only true superman story ever published. 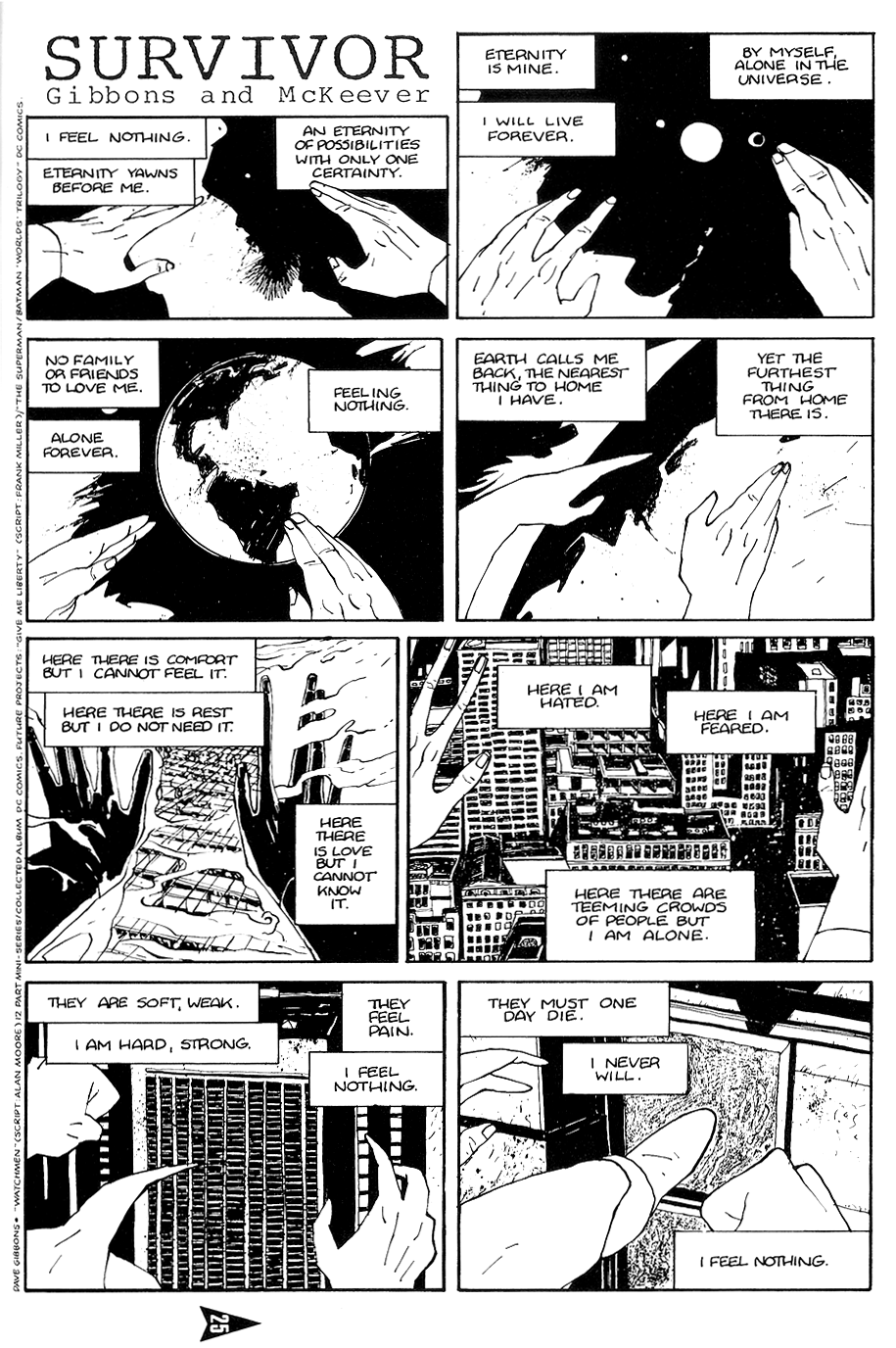 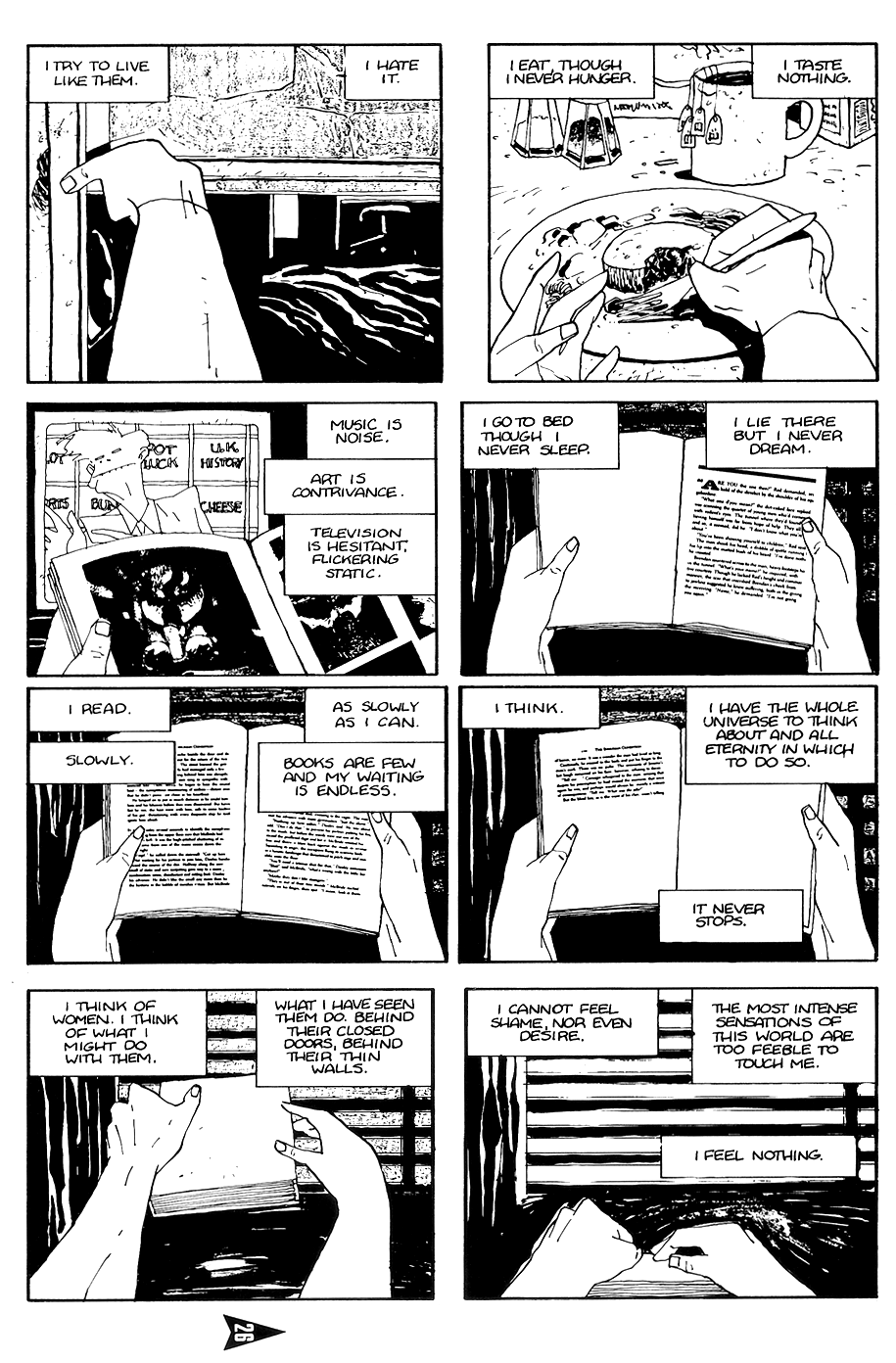 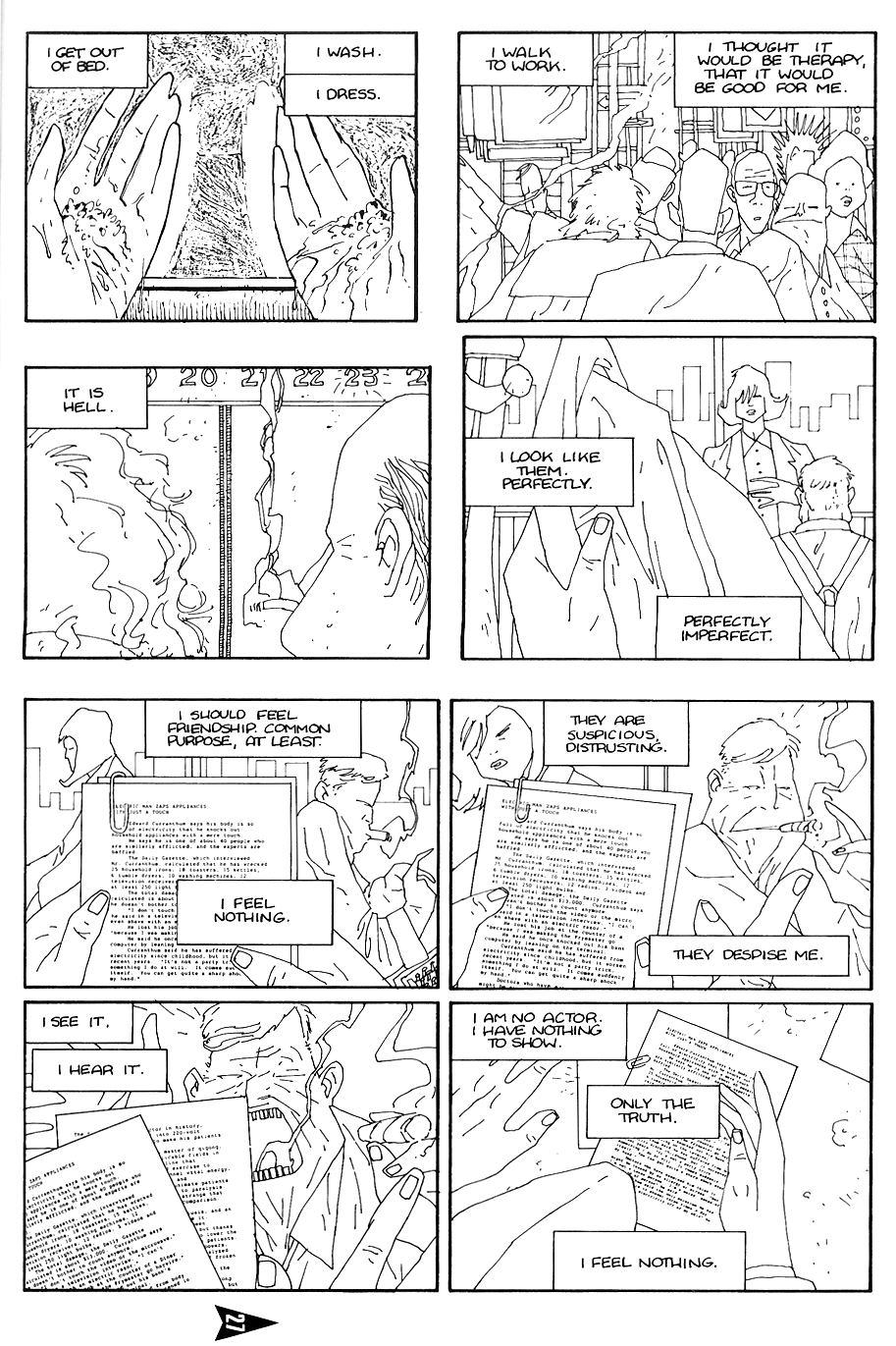 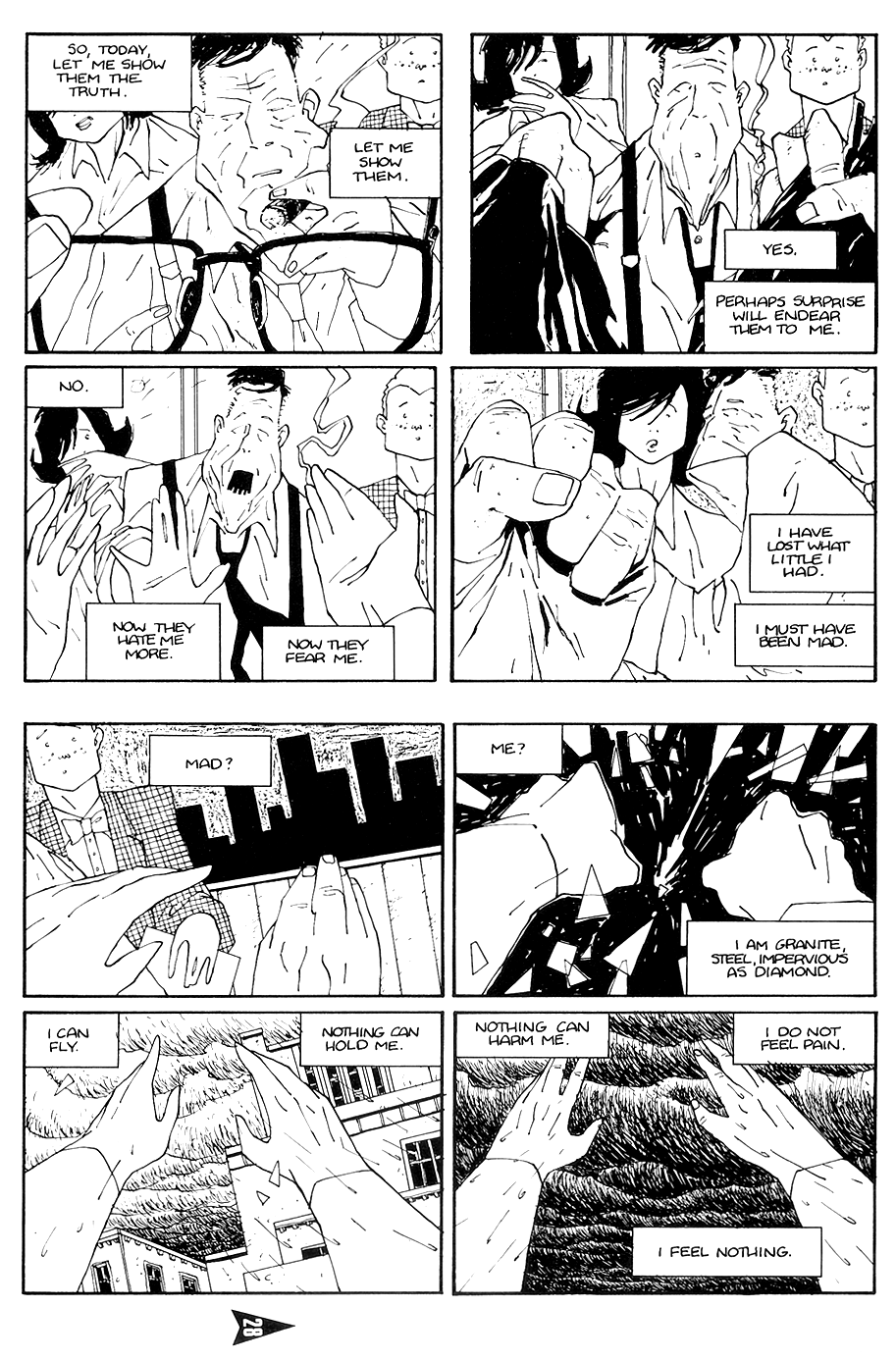 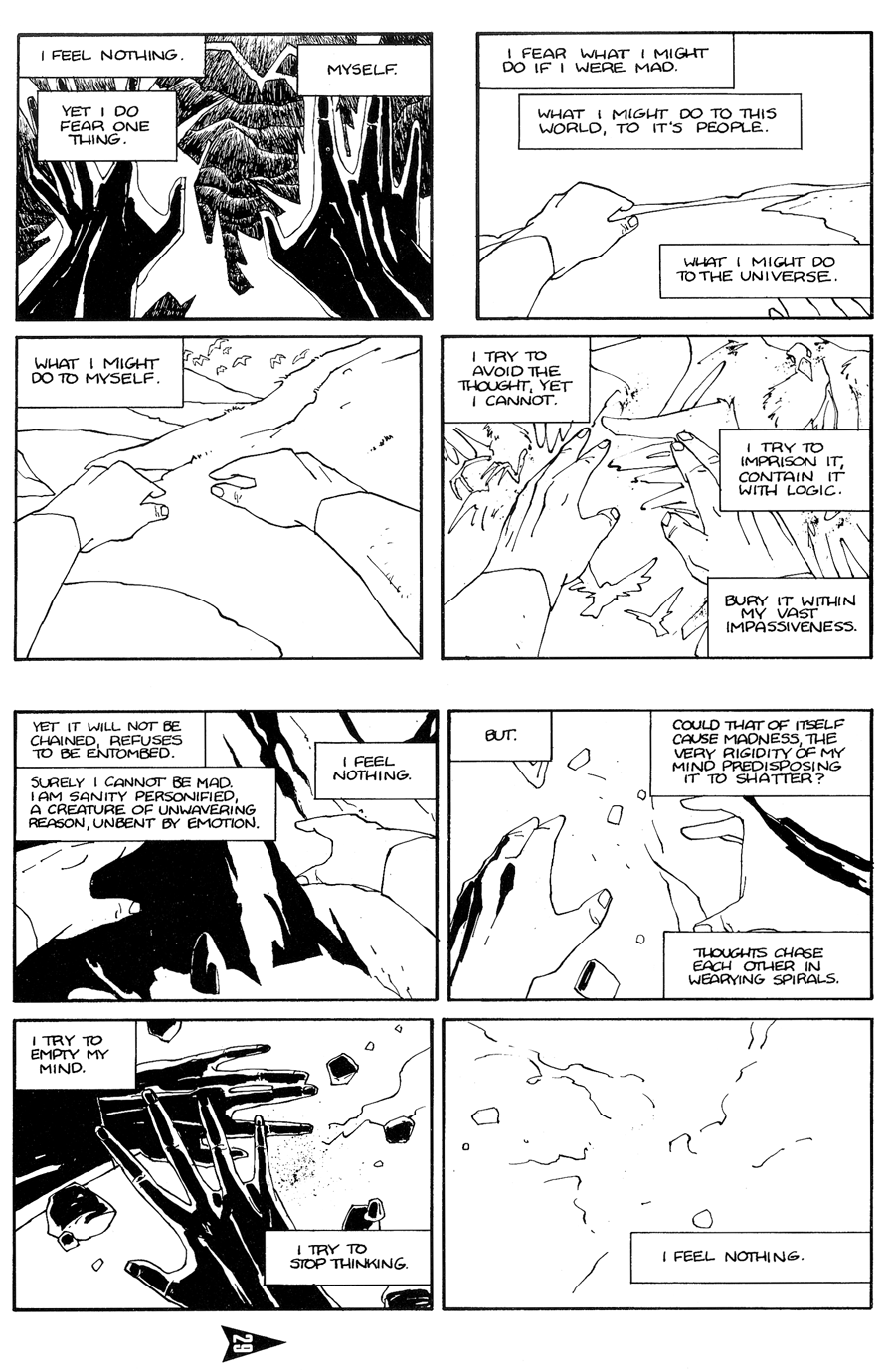 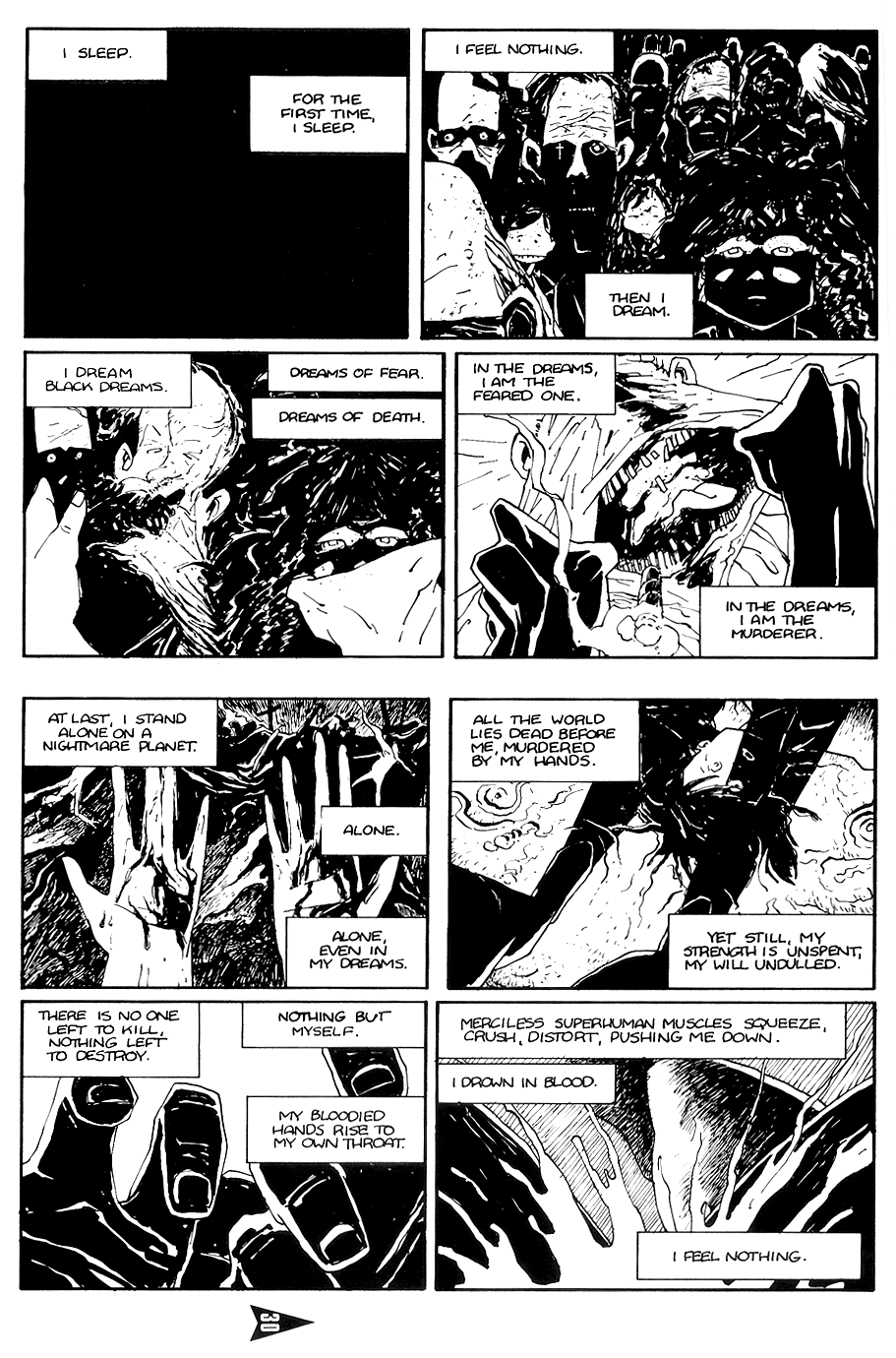 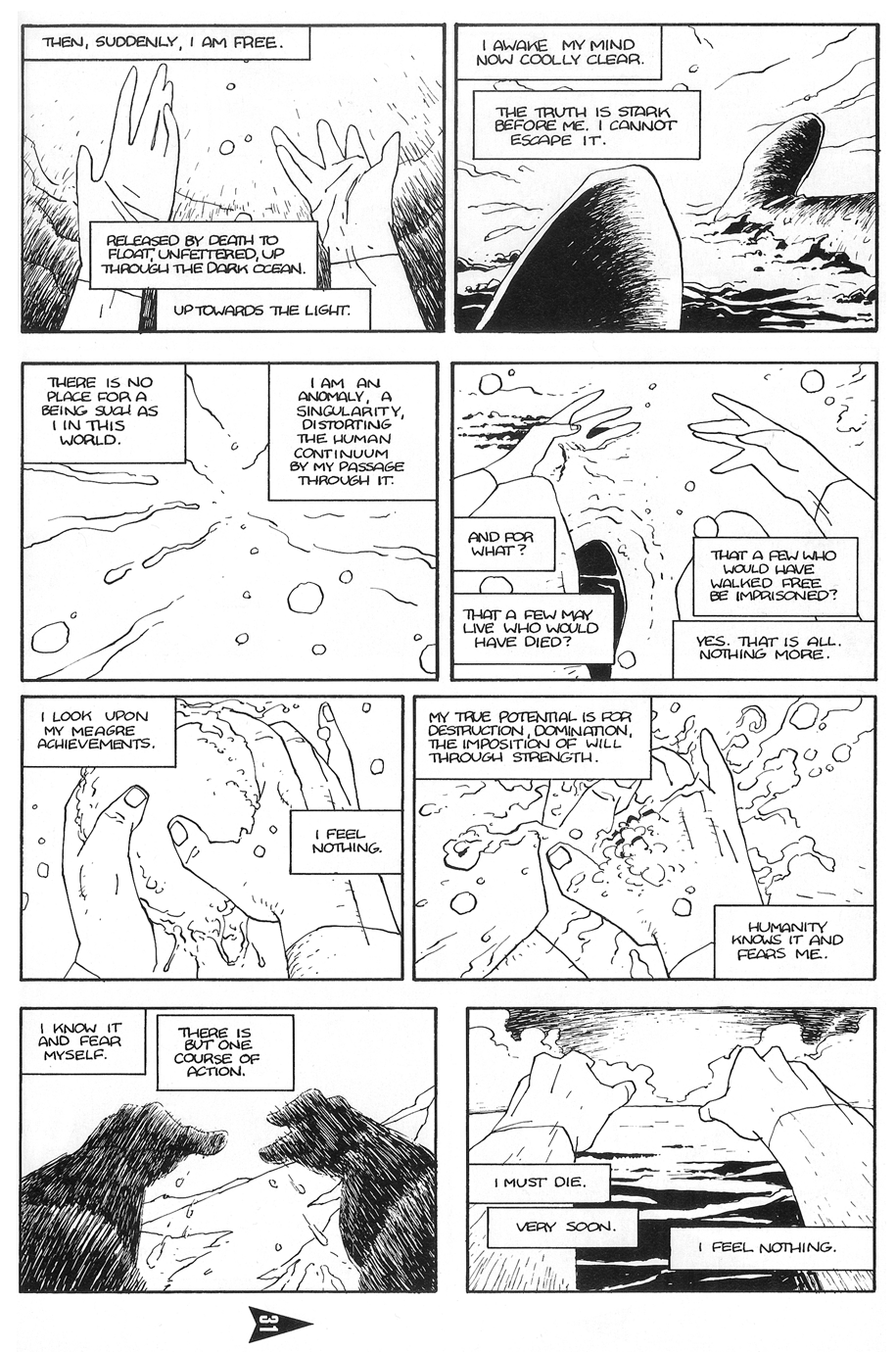 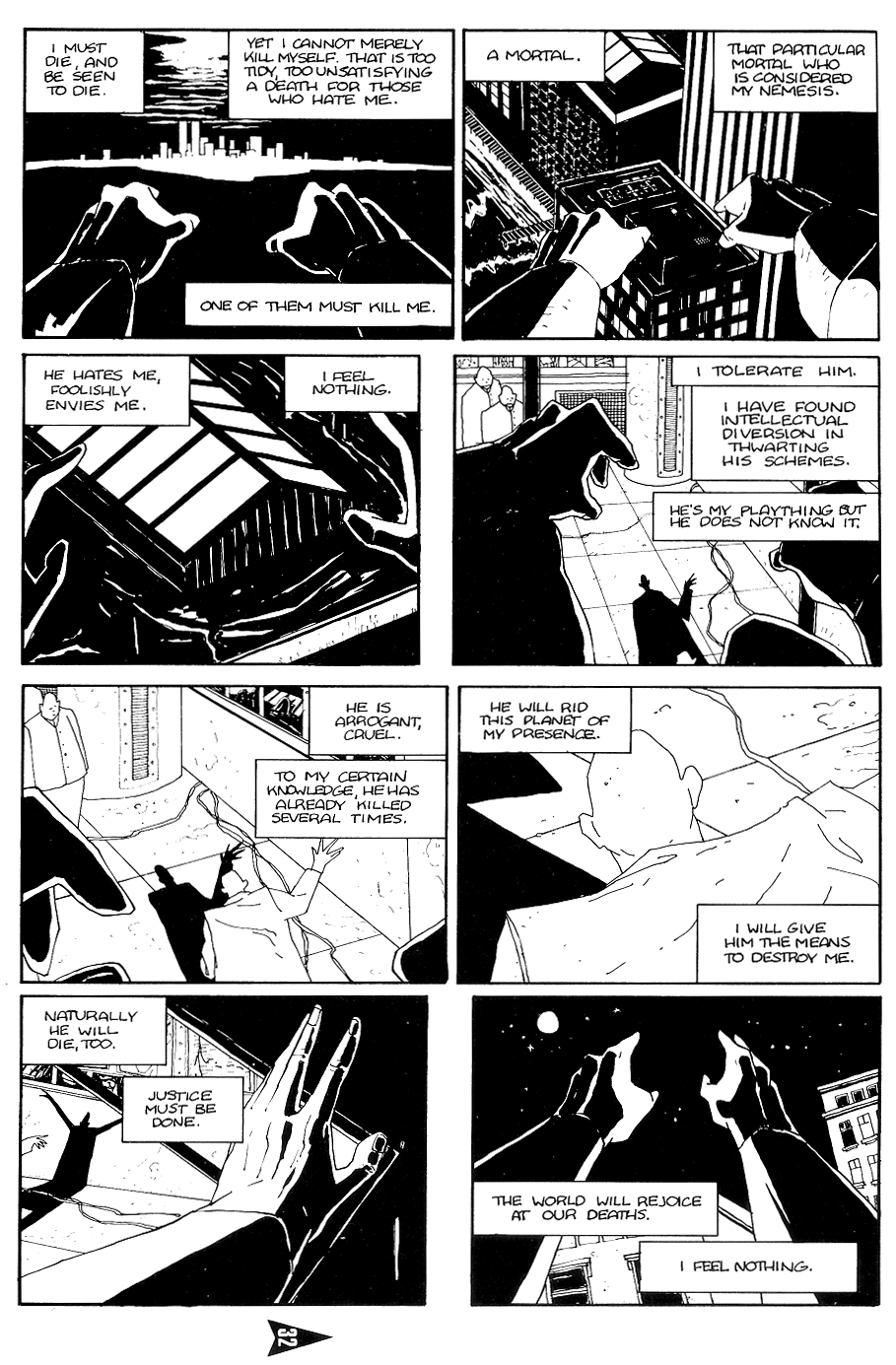 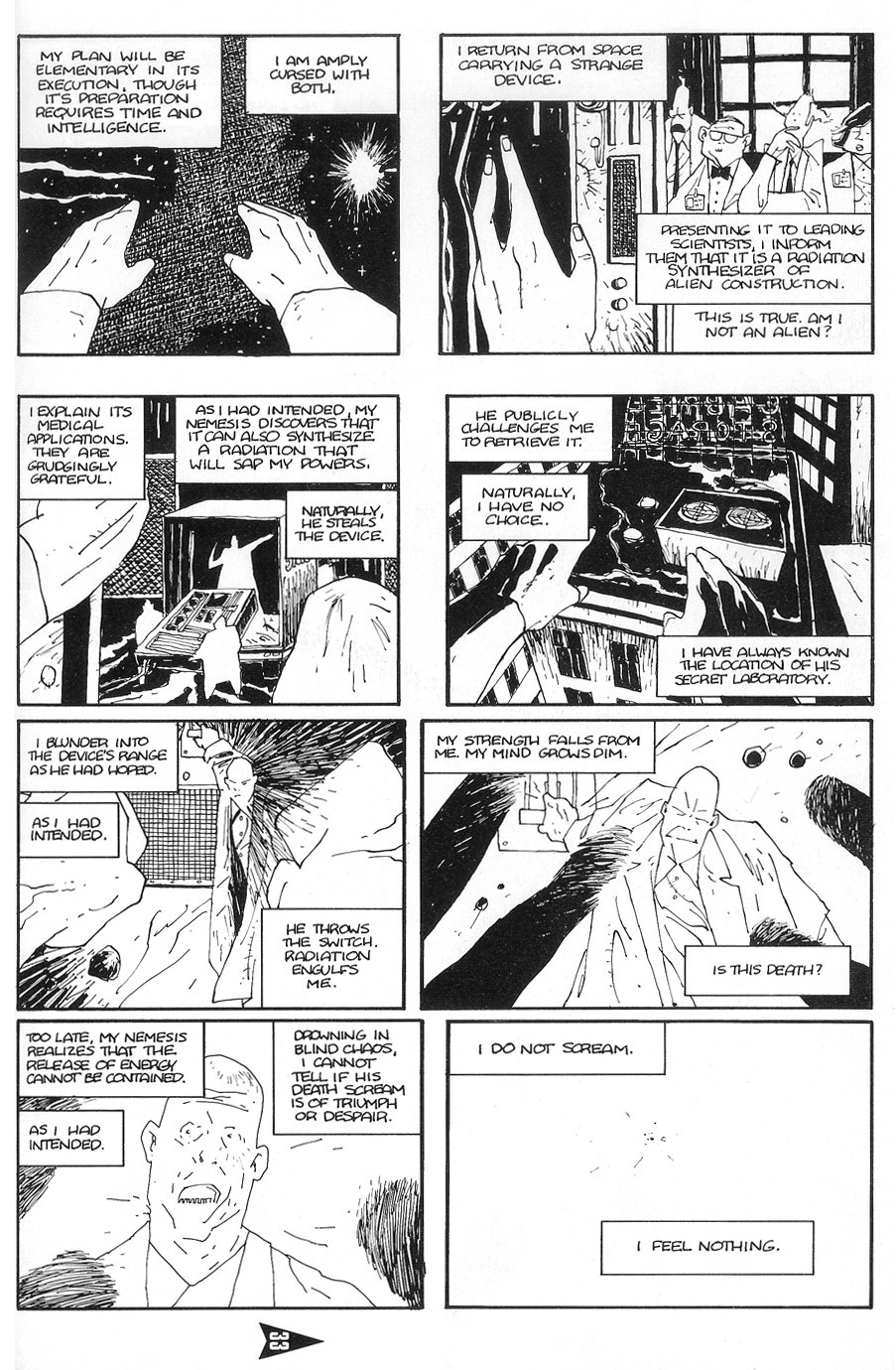 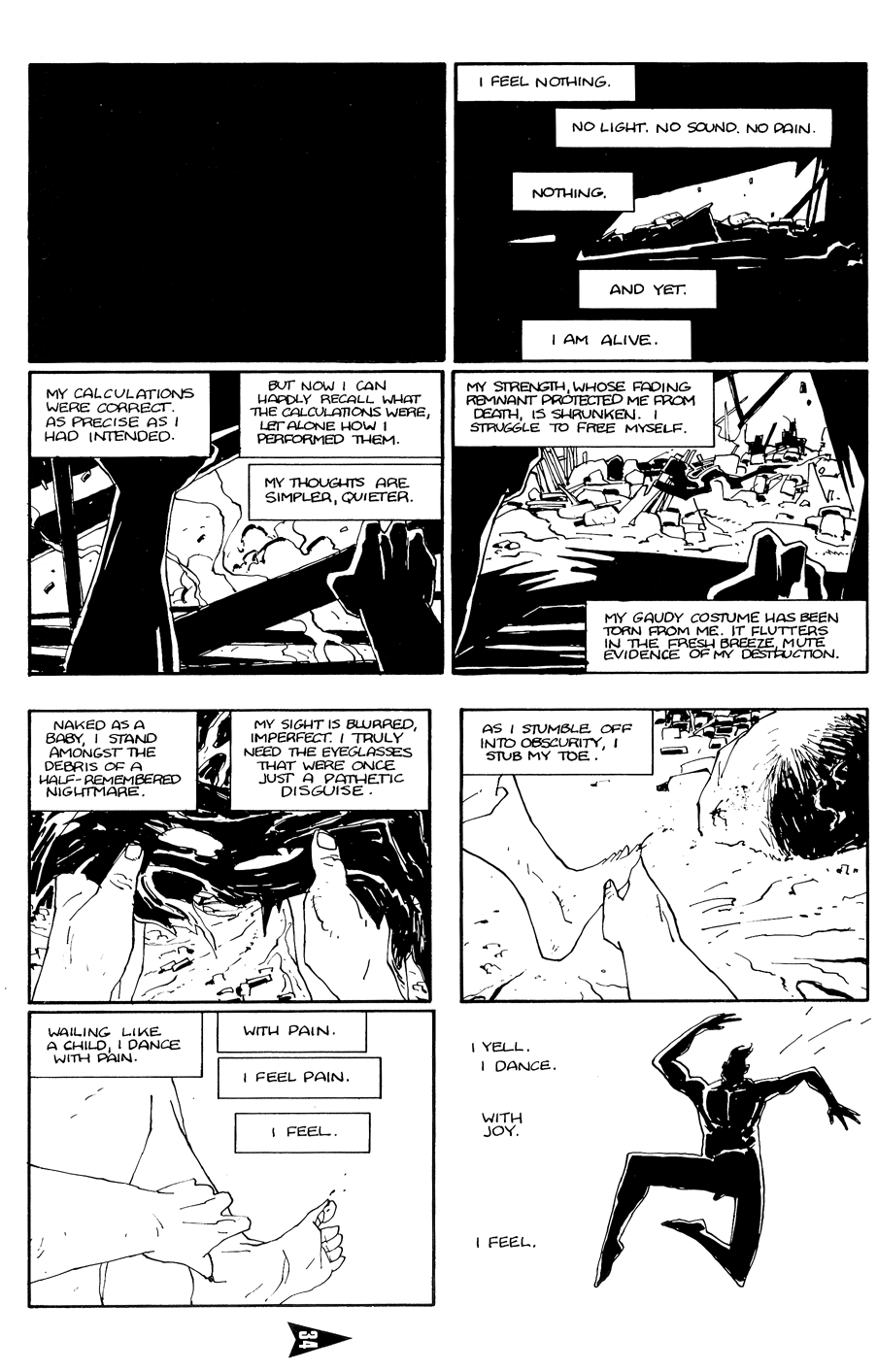 good stuff, thanks for that. watchmen before watchmen. 'i think of women' lol. and the irony in the ending. very good, never heard of this anthology before. like you say, alot of this so hard to find second time around.

That was post watchmen. Gibbons learnt a lot from Moore... 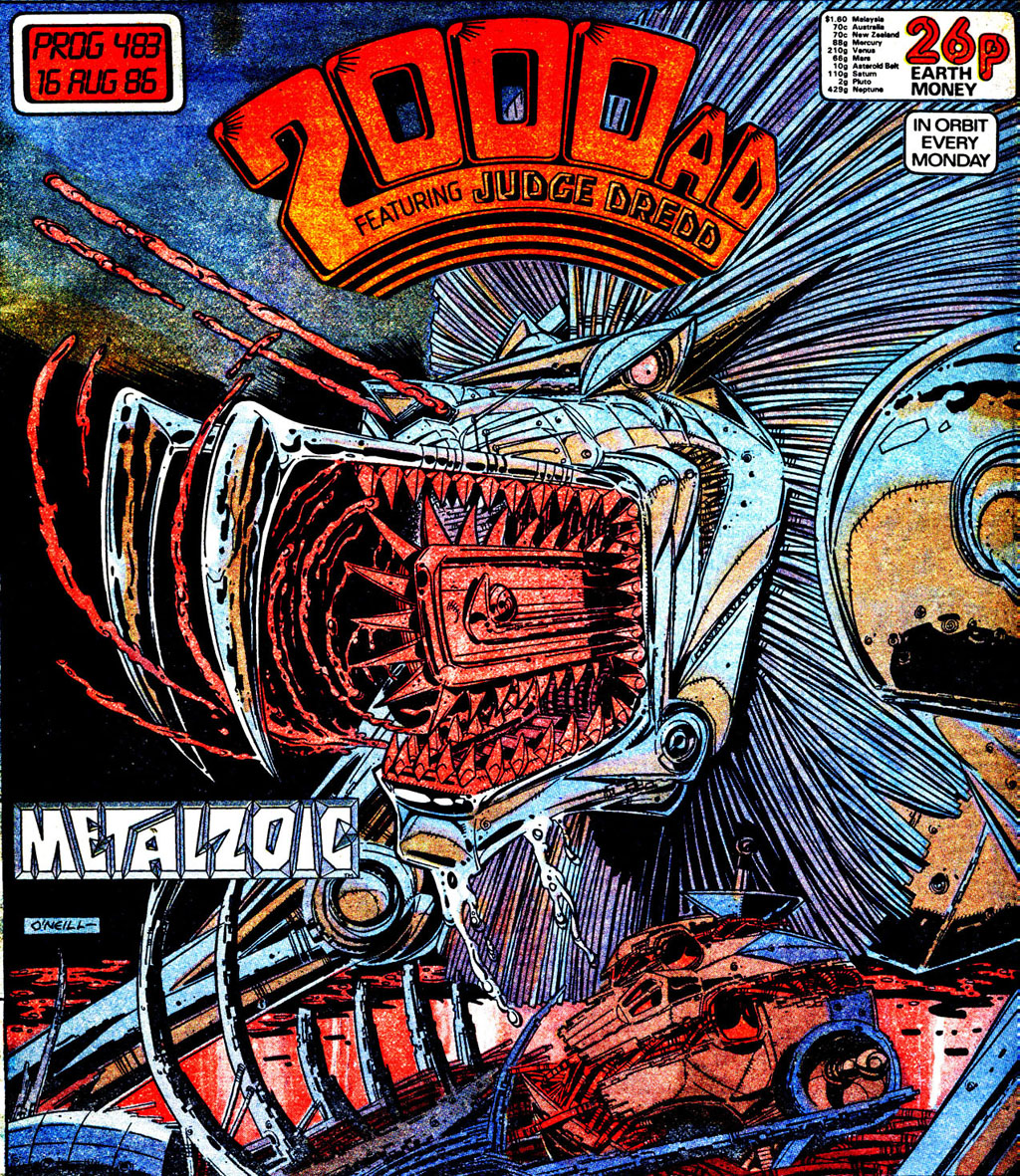 The first entry from the team of Pat Mills and Kev O'Neill. The only artist ever to have his entire style banned by the comics code authority, O'Neill's wonderful angular grotesques were one of the highlights of my childhood 2000AD addiction. Whilst there are many amazing examples of his work to pick from, this self contained story is perhaps the most extreme example of his style. With an almost entirely robotic cast, Metalzoic is similar in theme to Mill's Nemesis spin off - ABC warriors. Earth’s magnetic field has collapsed and has been rendered virtually uninhabitable for humans. The robots on Earth have evolved and adapted to their new environment, establishing themselves in tribal communities, free from their masters. We follow the leader of the Mekaka tribe of robots, Armageddon, in his quest to provide for his tribe, and for power.

The art is what makes this, and many pages are wordless, with O'Neill propelling the story along with a kind of mechanistic Hieronymus Bosch study in beautifully detailed carnage. Years ahead of its time and equalled only by some of the most hyper-abstract manga. 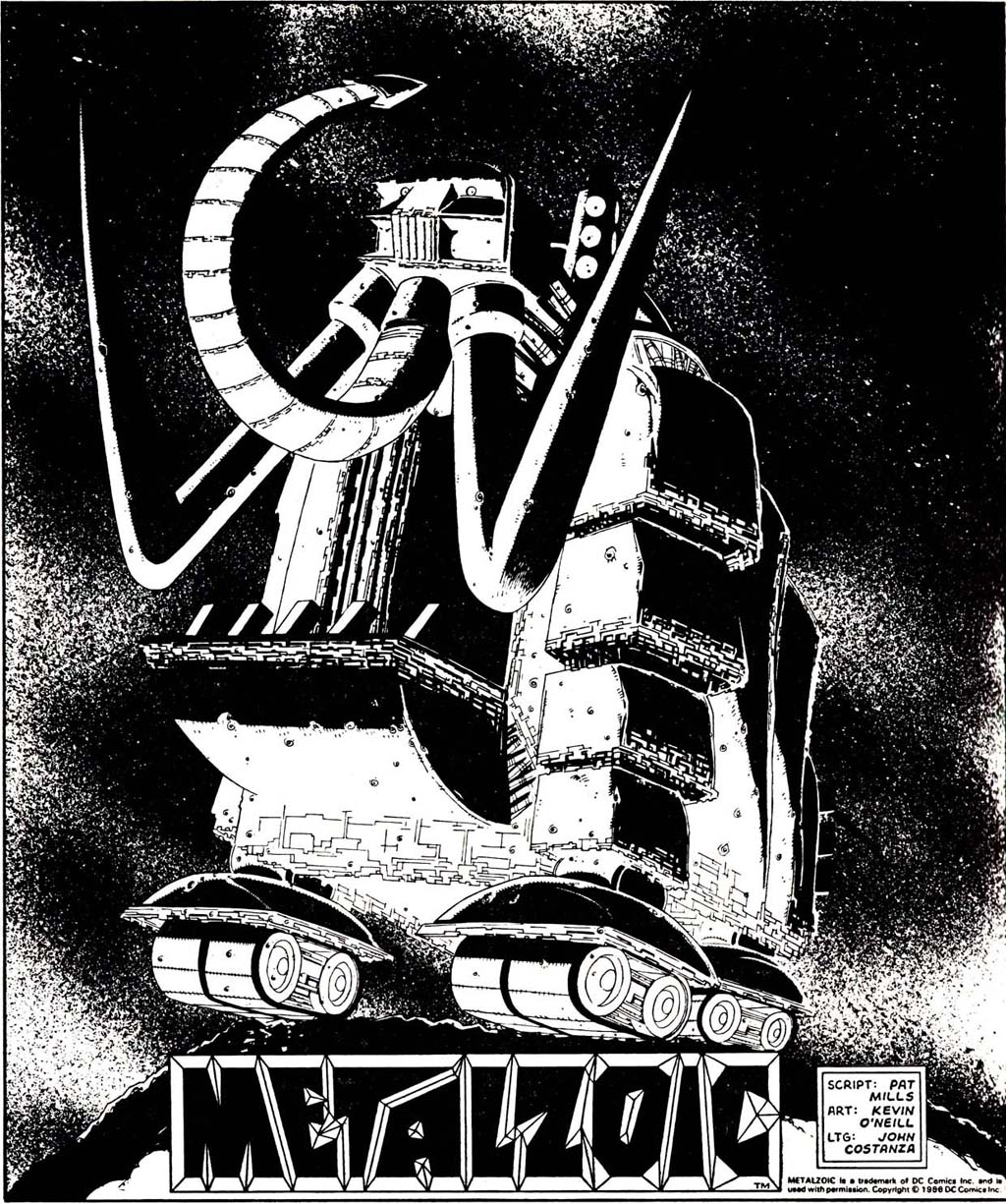 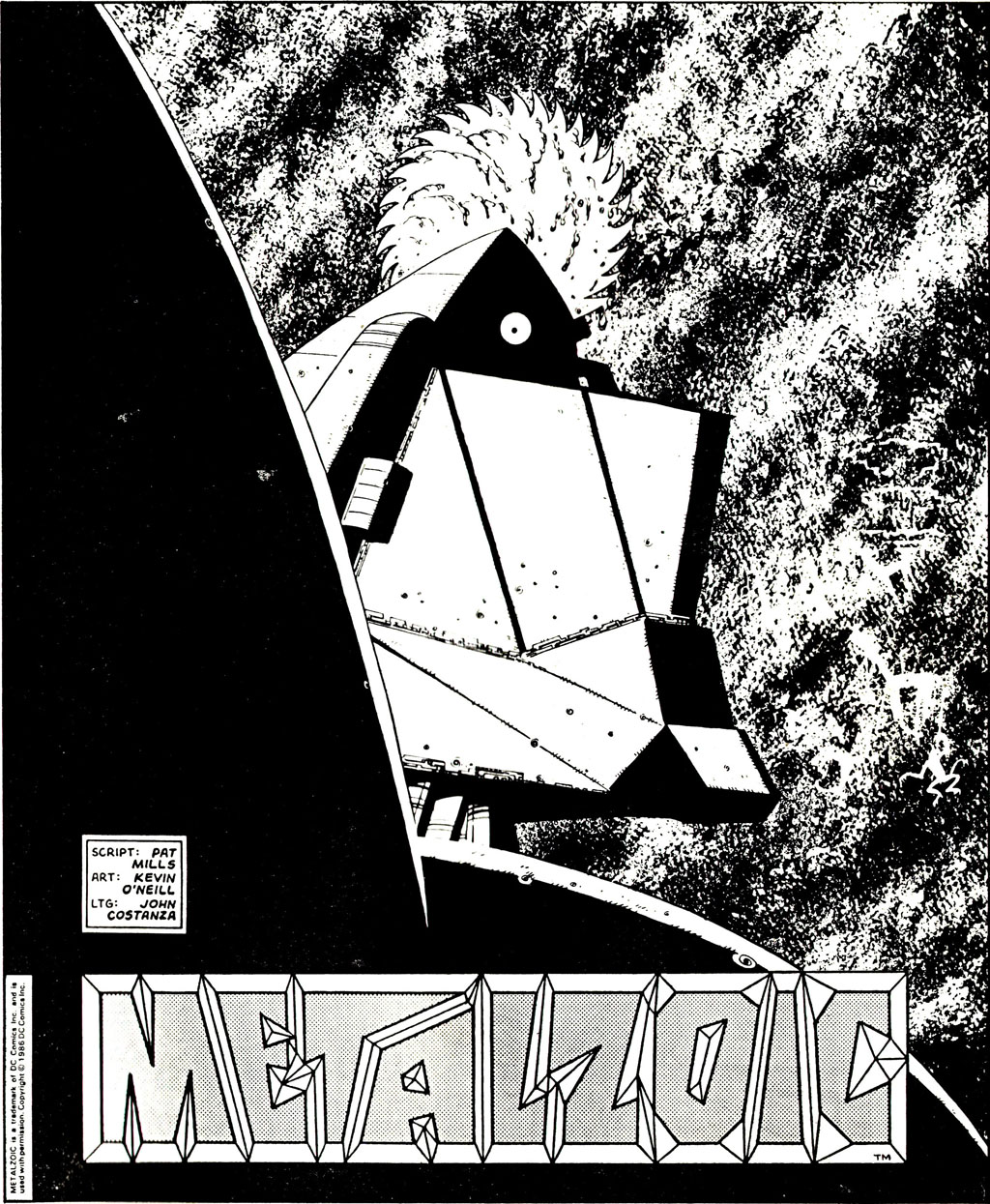 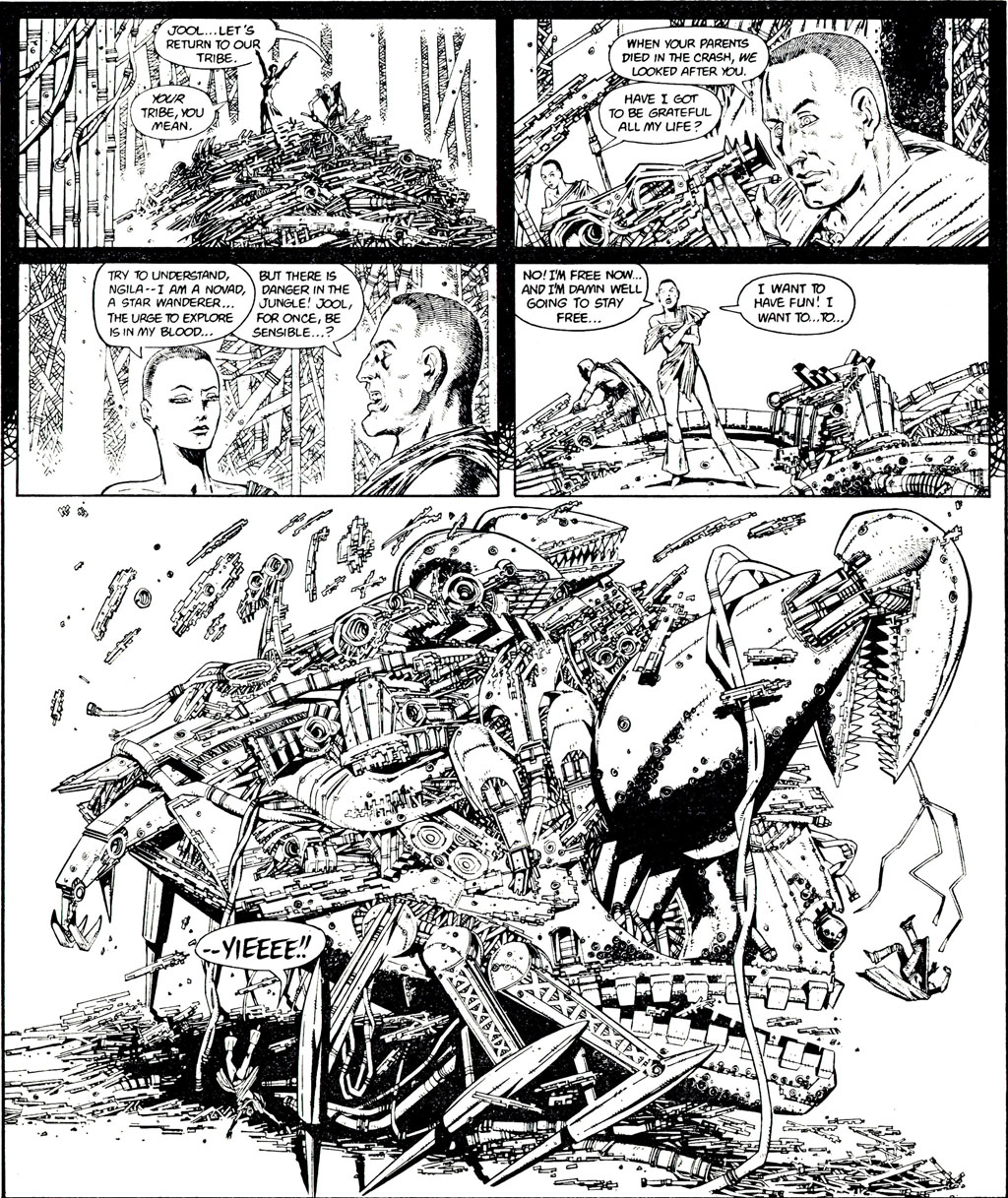 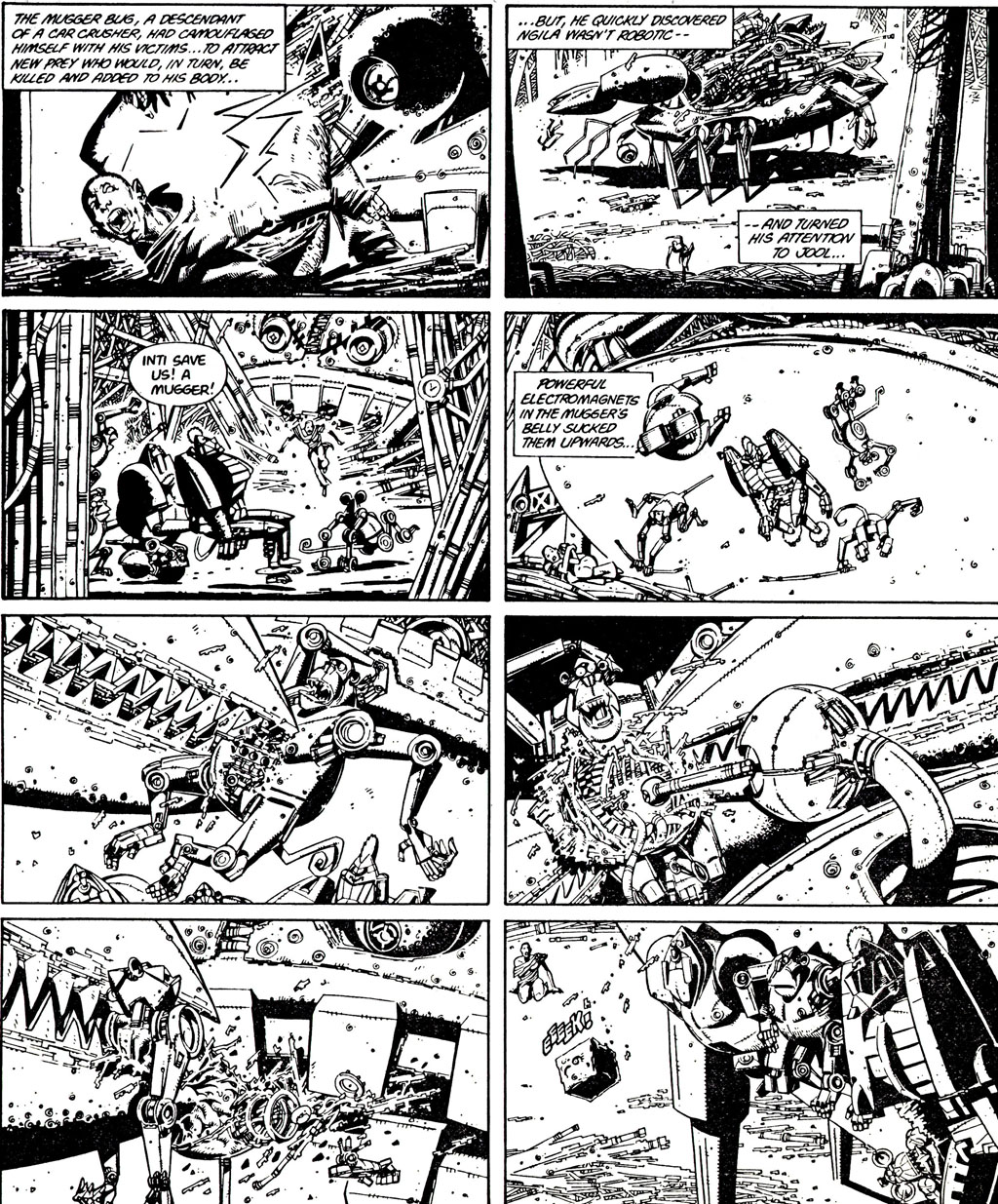 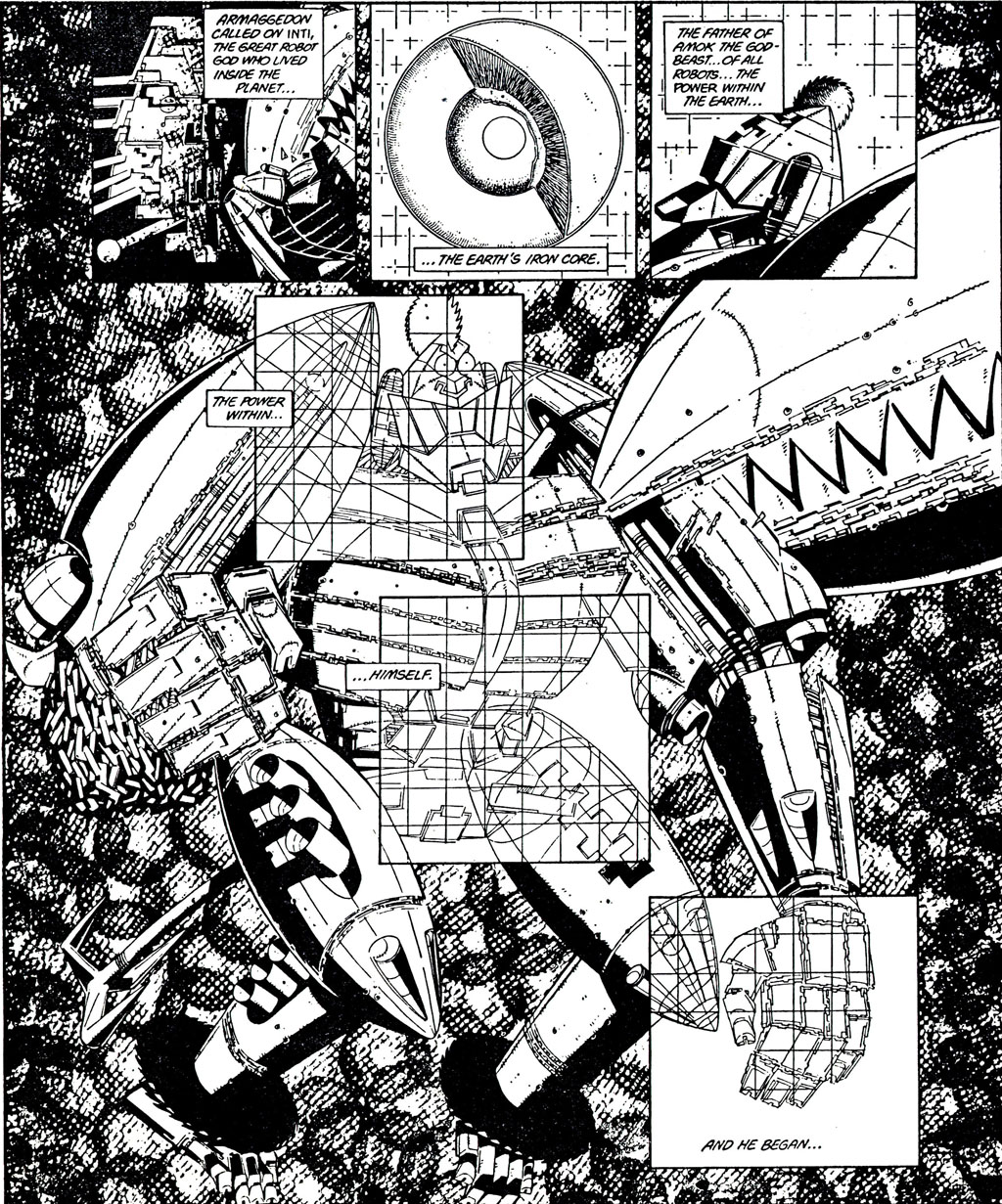 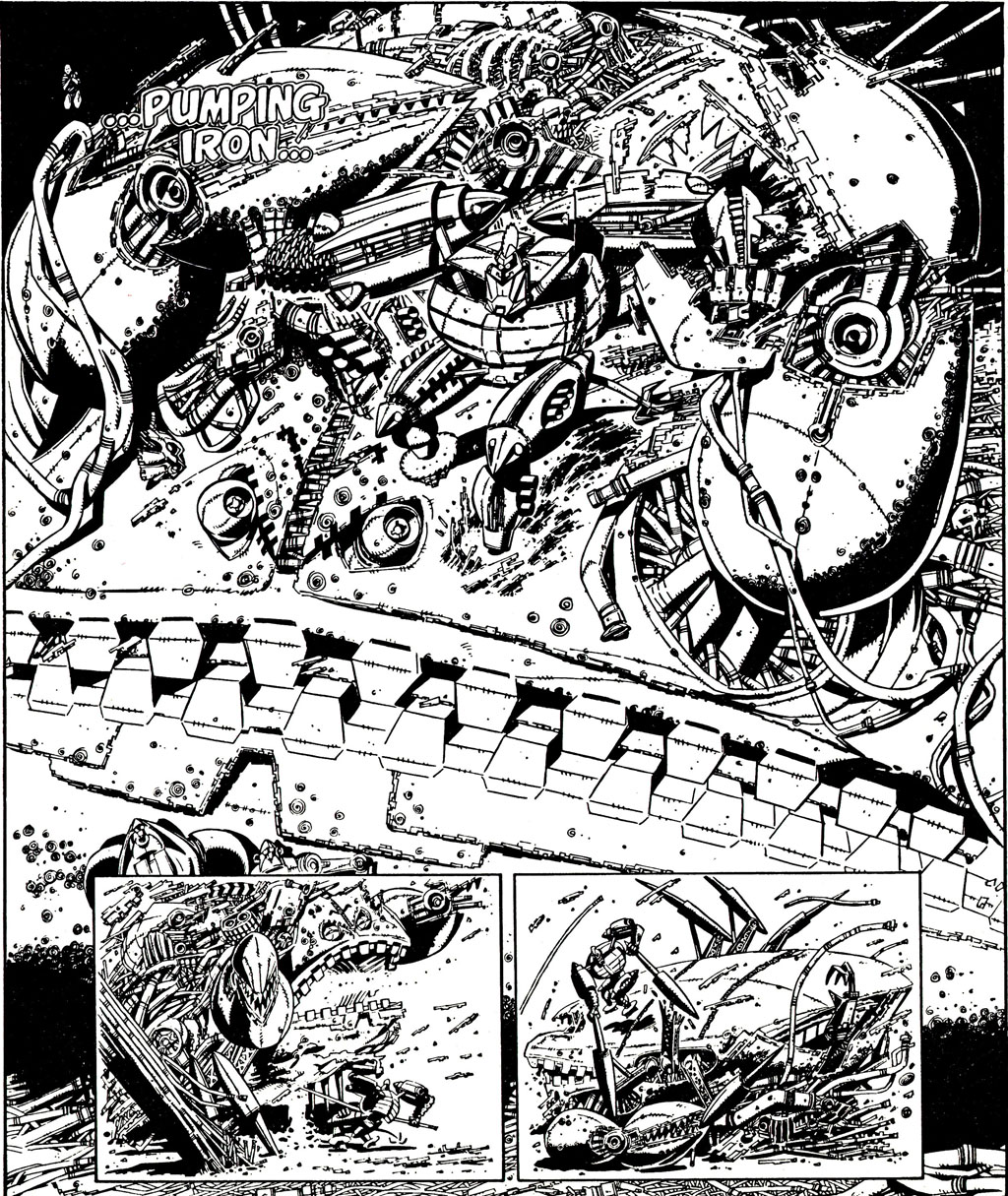 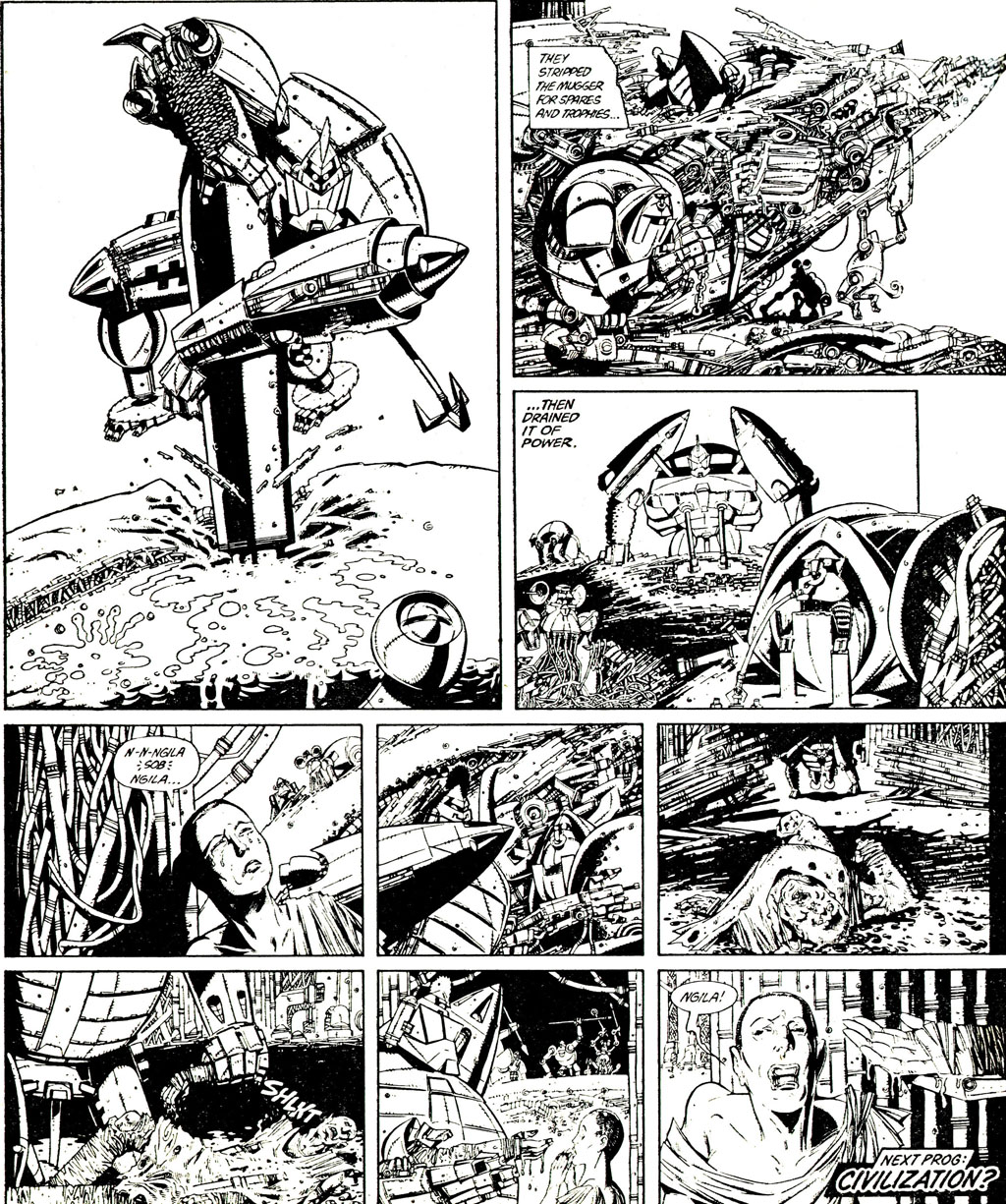 what stands out about that is that for all it's intricate, detailed mechanics and so forth all the geometry's really curved, which isn't something we tend to associate with technology; we tend to think of it as rigid with straight lines. it's like a wile e coyote rocket, where in giving it a ballooning geometry you nullify the aggression of it. it also anthropomorphises it; curvature has connotations of human anatomy.
D

Thanks for these. Also had a 2000AD addiction as a kid and think I was kinda blessed to be reading stuff like that as a kid. Looking forwards to revisiting e as I certainly did not have a fucking clue what was going on when I read it the first time!
C

I was thinking that maybe Moore wasn't such a one off maverick and emerged from some kind of scenius, but you seem to have affirmed what I thought previously ie he is a complete one off comics genius

Jodorowsky's aborted Dune was the creative crucible for several seminal film works, but also the year zero for several comic collaborations which had immense influence. Dan O'Bannon and Moebius teamed up to produce 'The long tomorrow' (much shorter then the title suggests), which was hugely influential on Bladerunner amongst other things, and Jodorowsky and Moebius went onto work on this mystical psychedelic sci-fi epic. Far more sprawling than Moebius', earlier, taciturn Arzach, this book defies potted summarisation. Part mega city one/Valérian and Laureline sci-fi chase adventure, part cod-shamanic initiation, part puerile, lurid stoner comedy... The sheer volume of high concepts and unhinged mania is unparalleled. Reportedly created without a proper script and Jodorowsky making stuff up on the spot and then miming segments to Moebius... From wiki:

John DiFool is based upon The Fool from tarot with his name being a pun upon "John, the Fool".[17][23] Animah's name is based on the Jungian concept of the anima, the feminine part of every male's psyche, as well in Latin "anima" means "psyche".[17] The series has no taboos, an attitude towards sex, violence and general social stigmas that may be avoided in more conventional comics.[4] They include Black-and-white dualism[14] or the conflict between good and evil,[15] mystical symbolism, archetypes, metaphysics, tarot and other influences.[24][6] In the story there's often a conflict between life or nature and dead technology (even uniformity and diversity[15]), as "glasses enable you to see, that's technology. But happiness is not that, it's not your glasses. It's what you are able to see.
Click to expand...

Its difficult to overstate the influence of this and Moebius' other 70's and 80's sci fi work. There were several very important films which owe him a direct debt (such as Star Wars), then there's Neuromancer, and of course he had a huge impact on the manga world and his influence is visible in the work of top tier creators like Jiro Taniguchi, Miyazaki and Katsuhiro Otomo, who were all quite open about their admiration for his work. You could make a very good argument that the Incal is amongst a small suite of creations that had more impact on late 20th century science fiction than almost anything else. 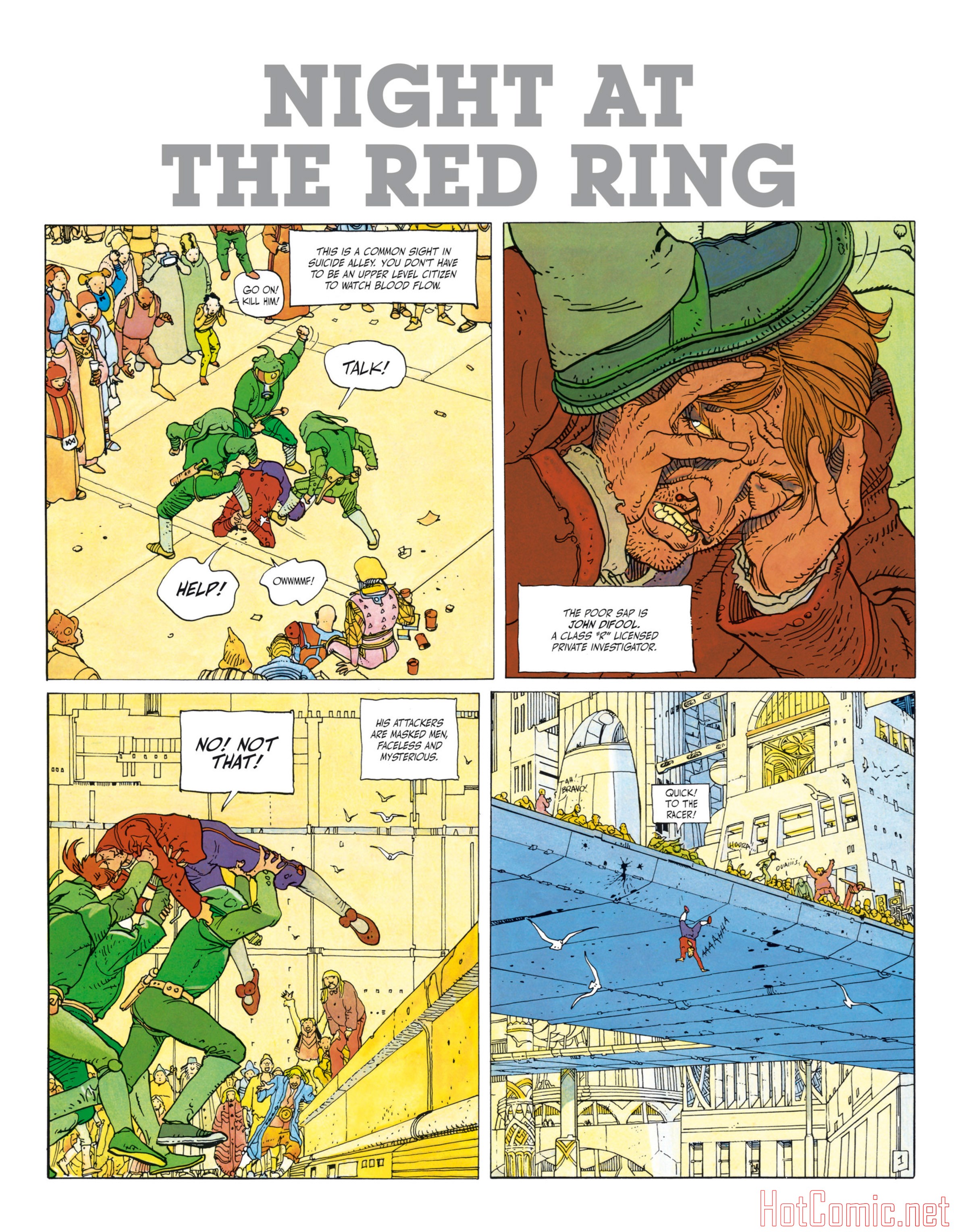 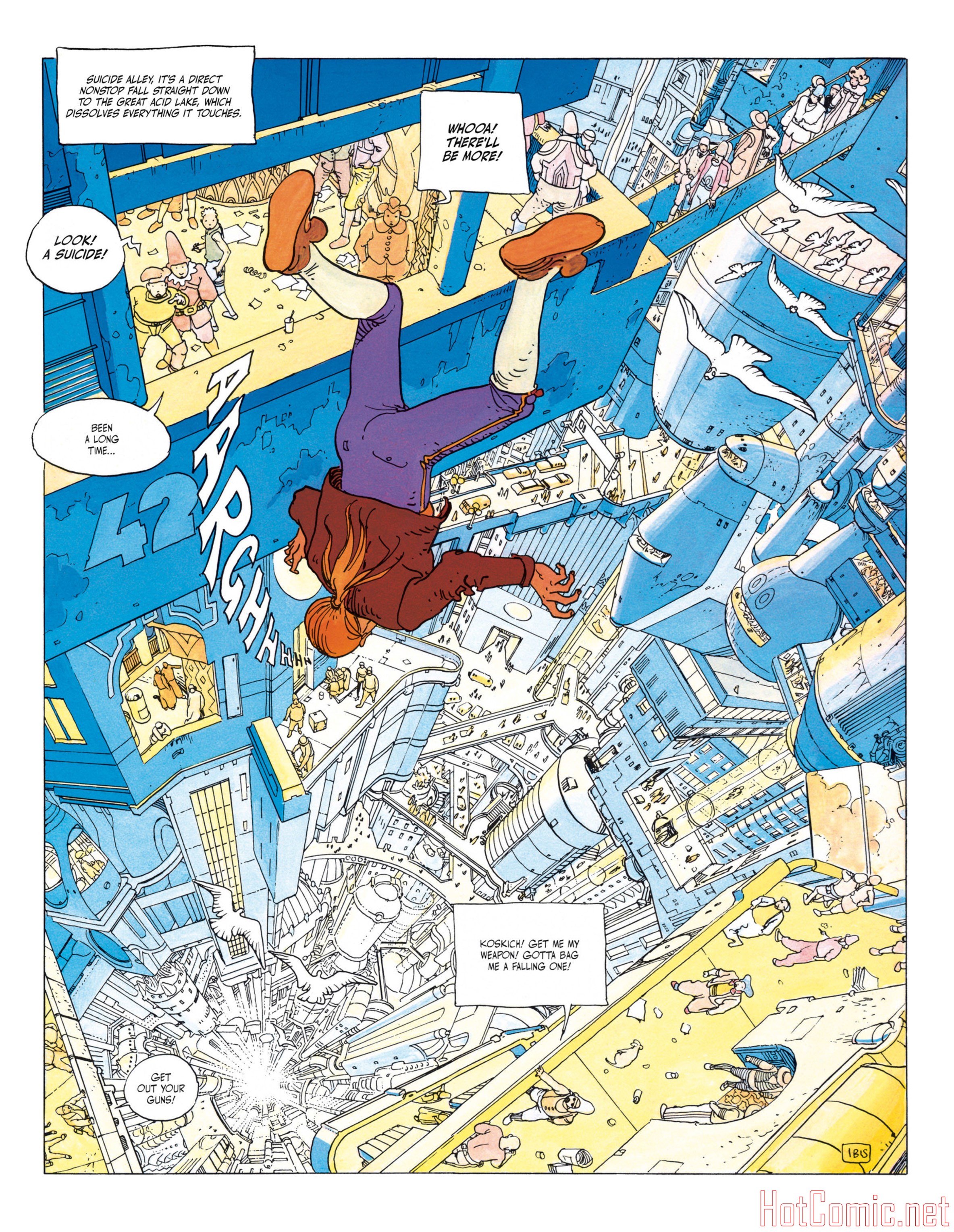 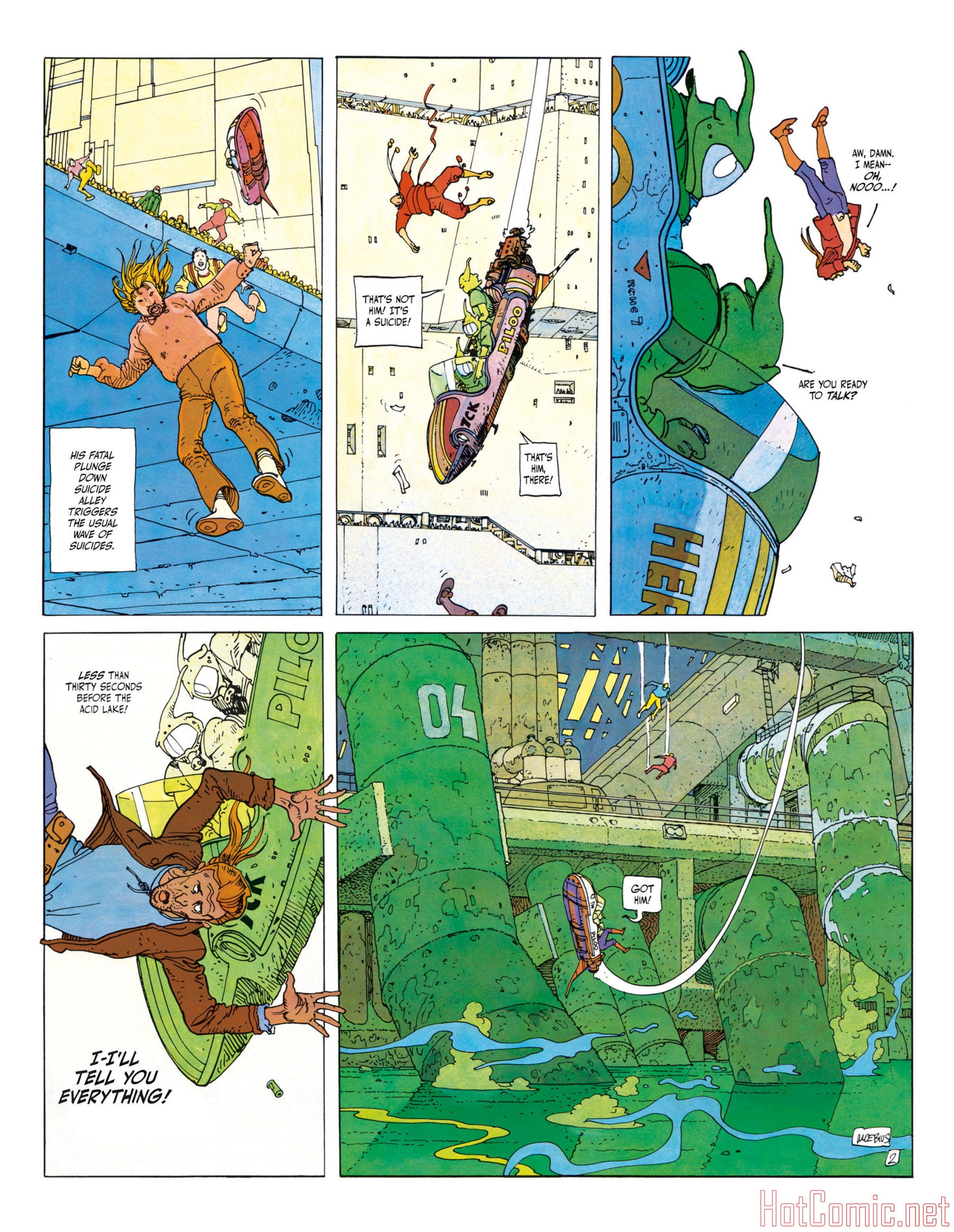 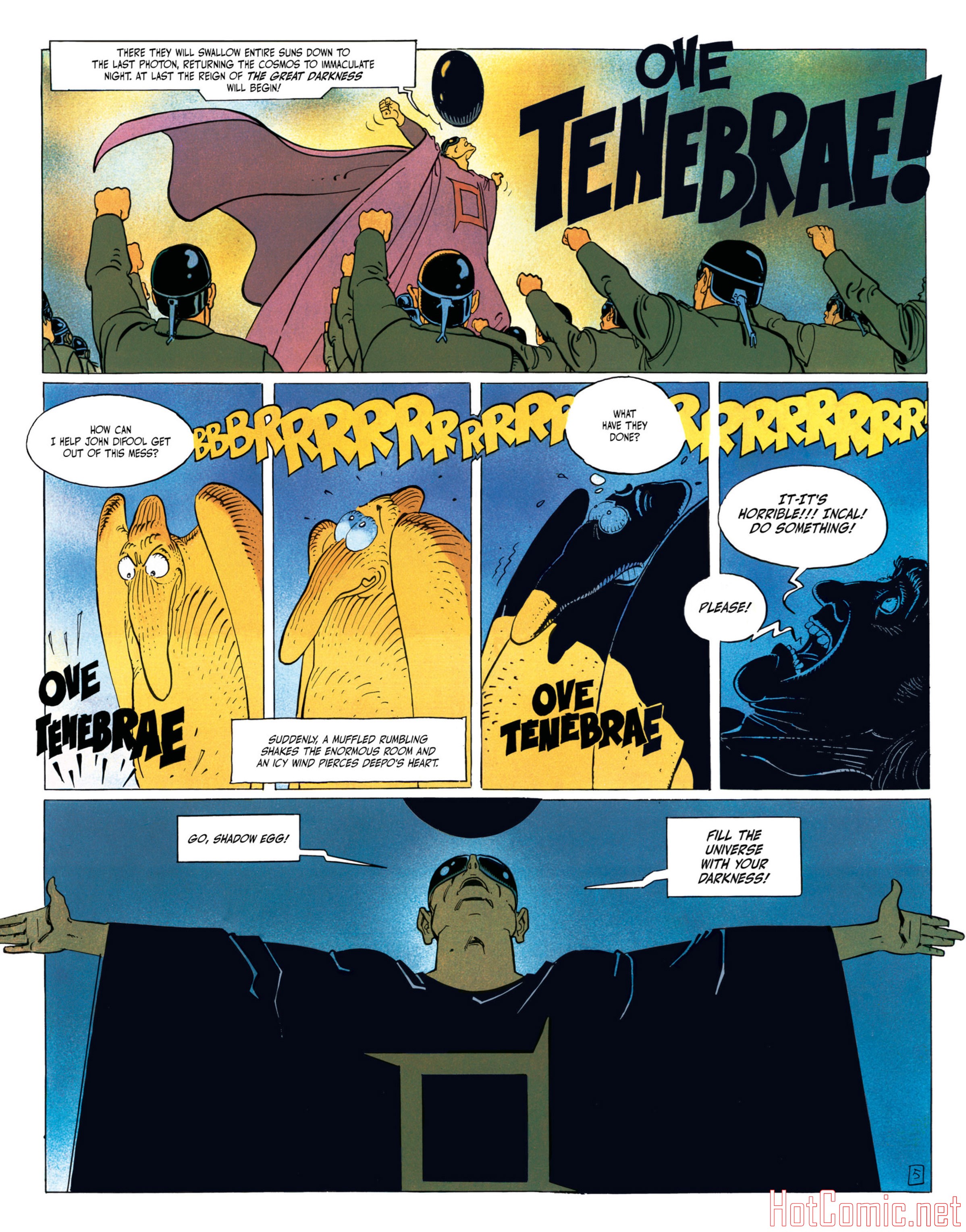 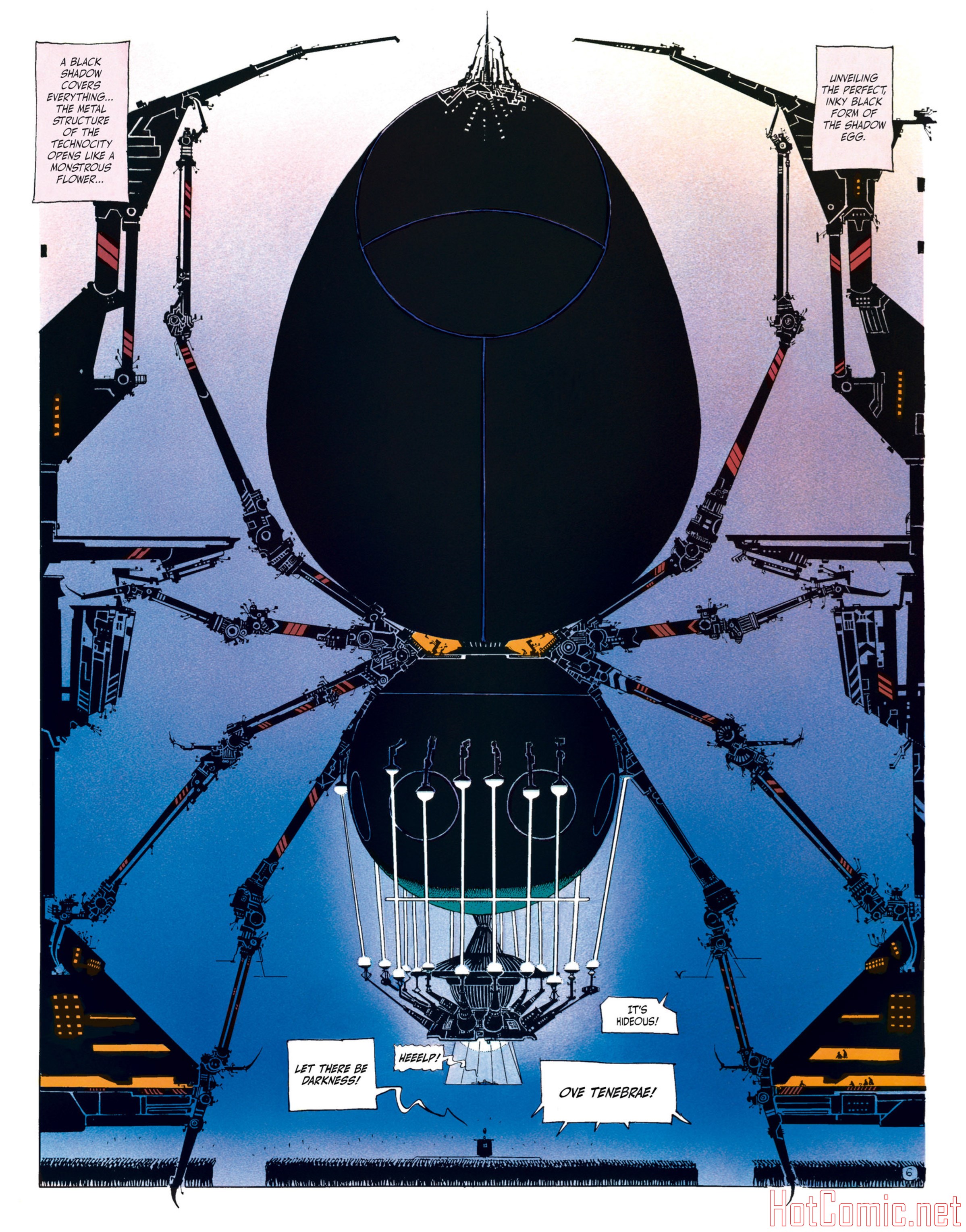 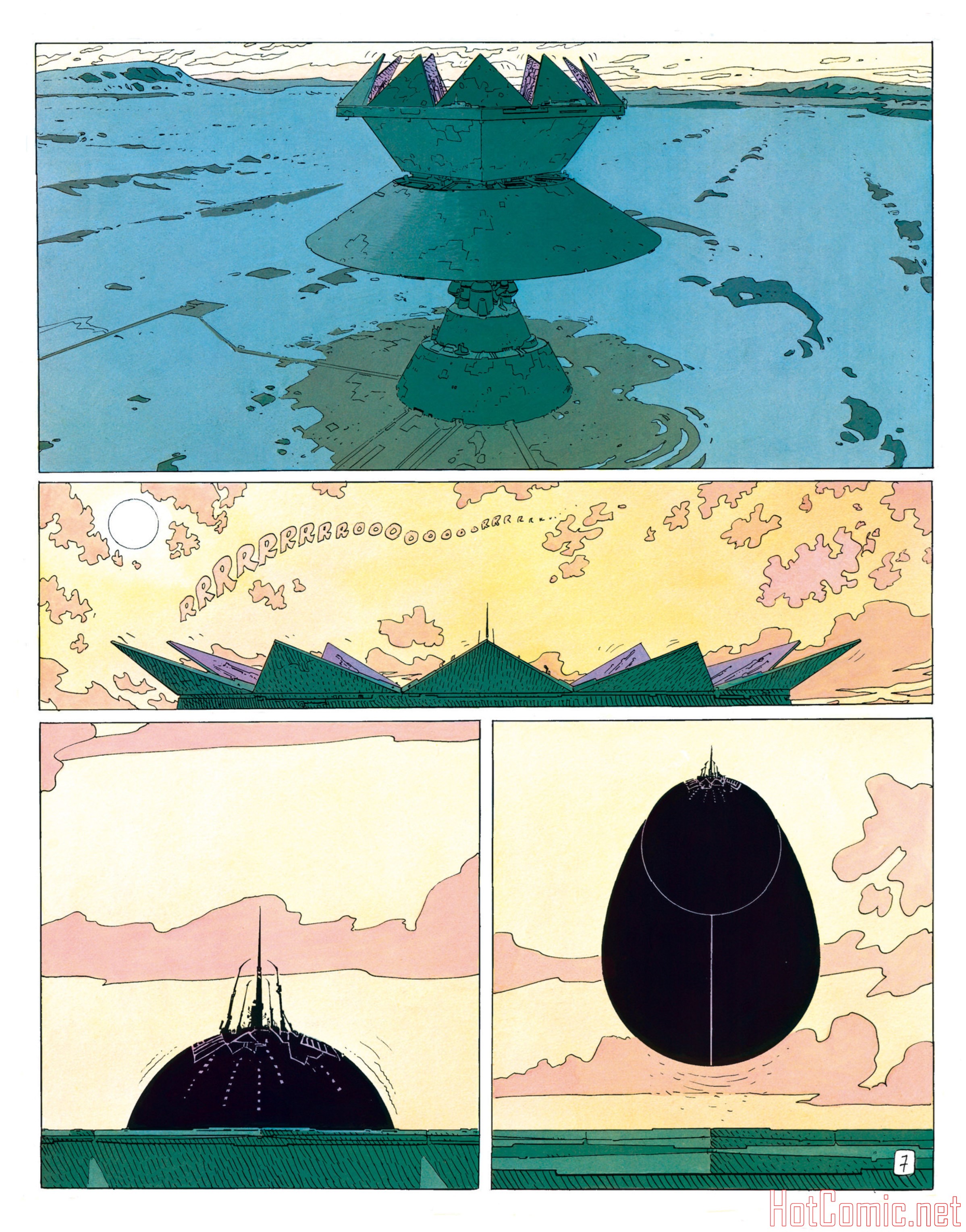 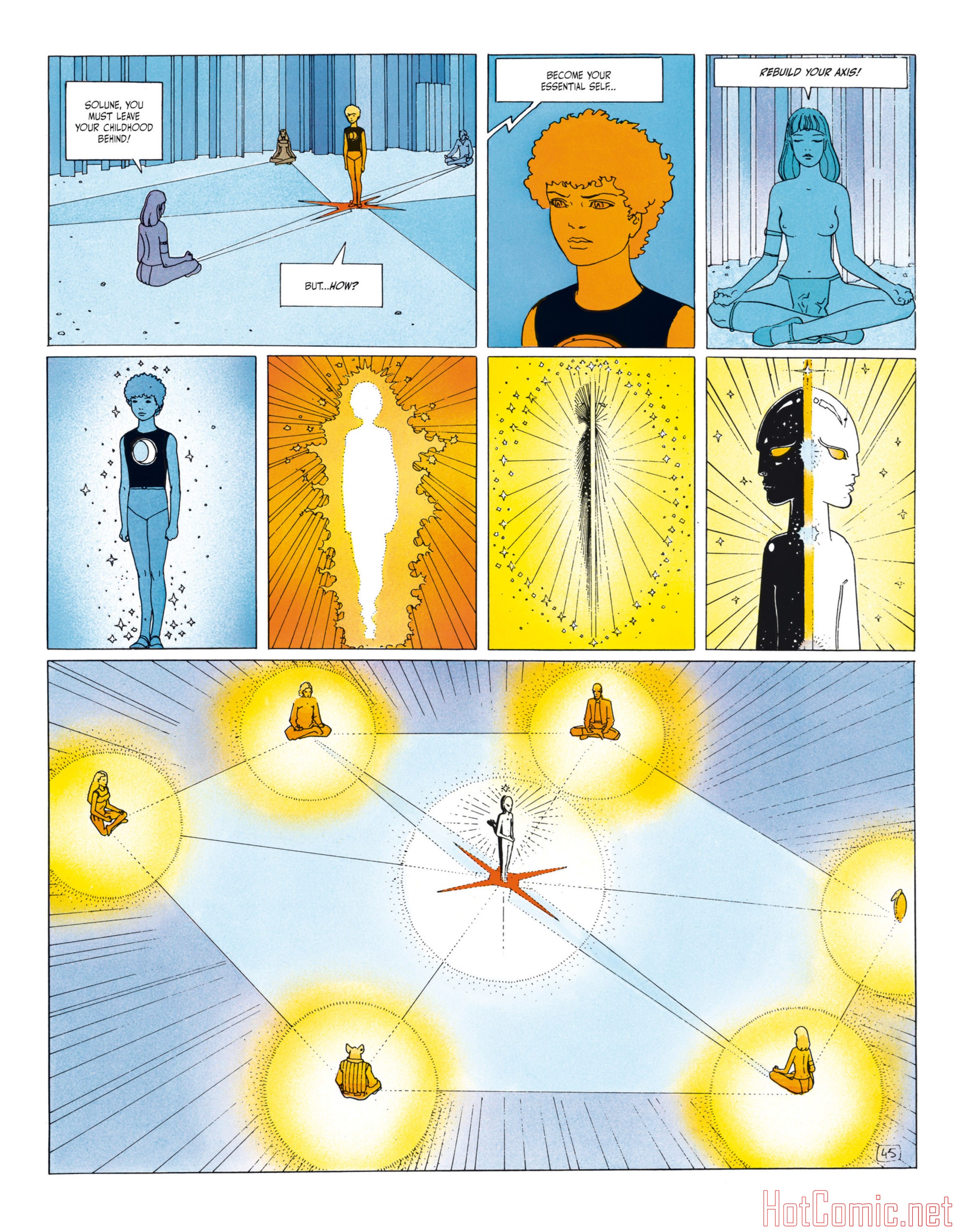 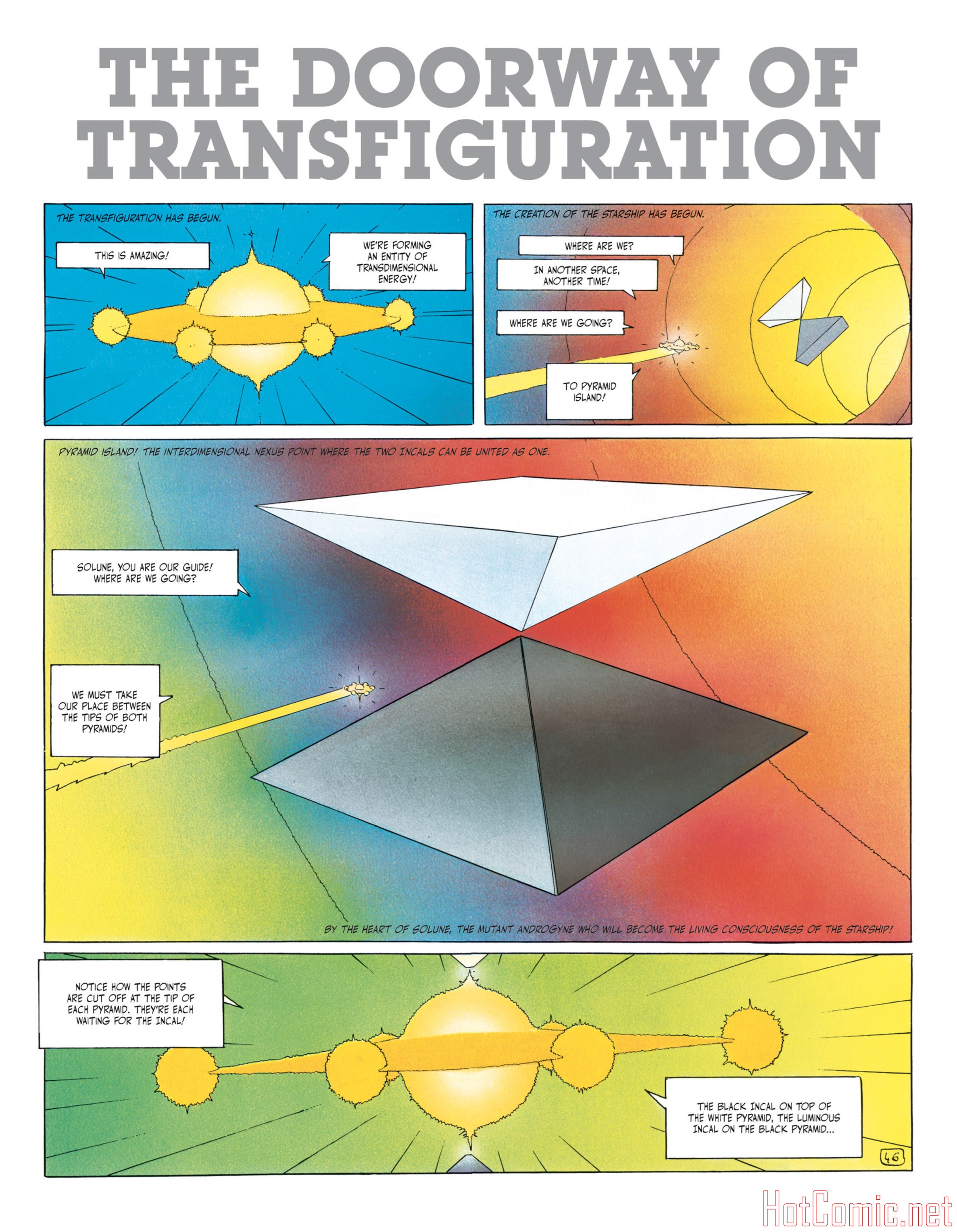 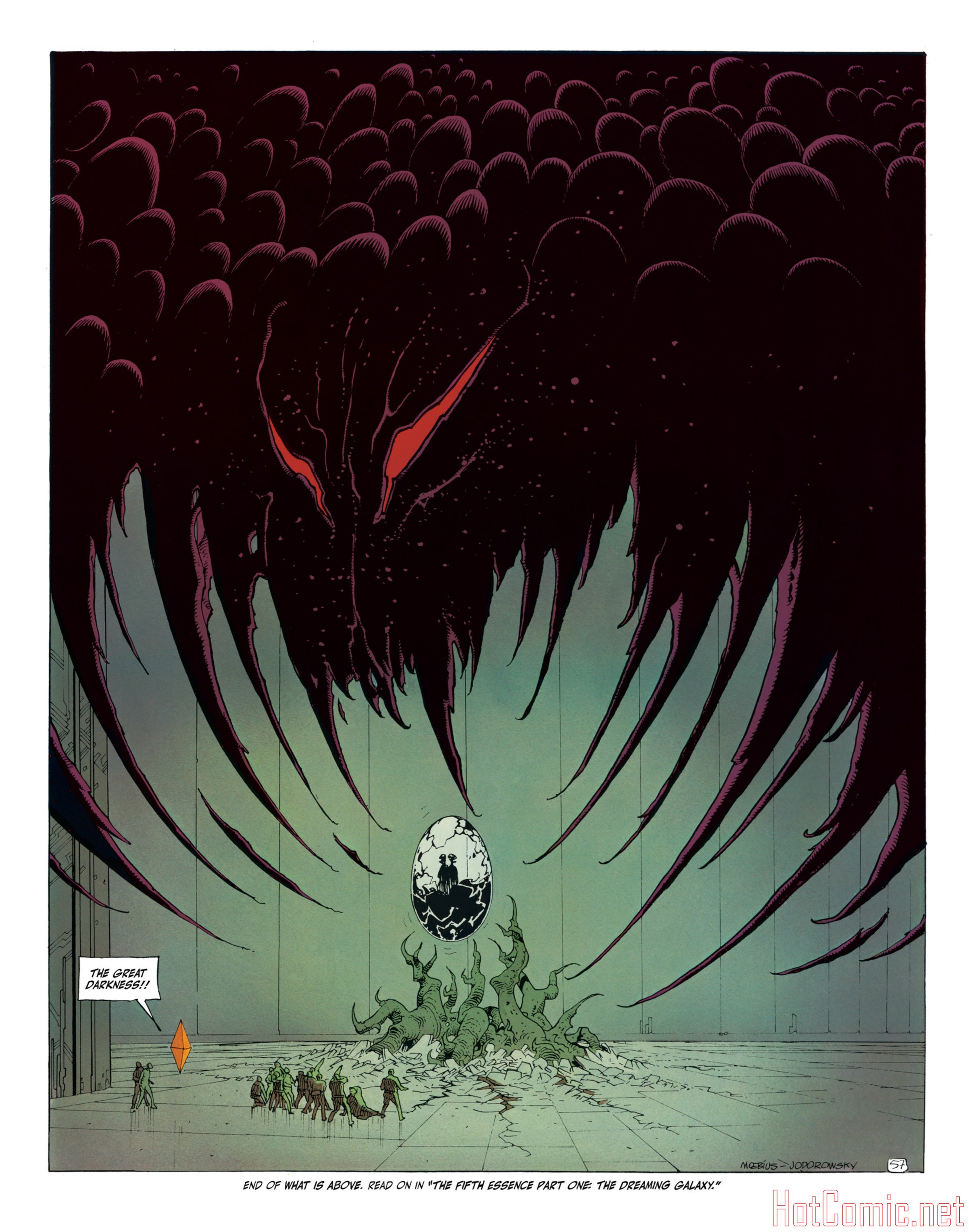 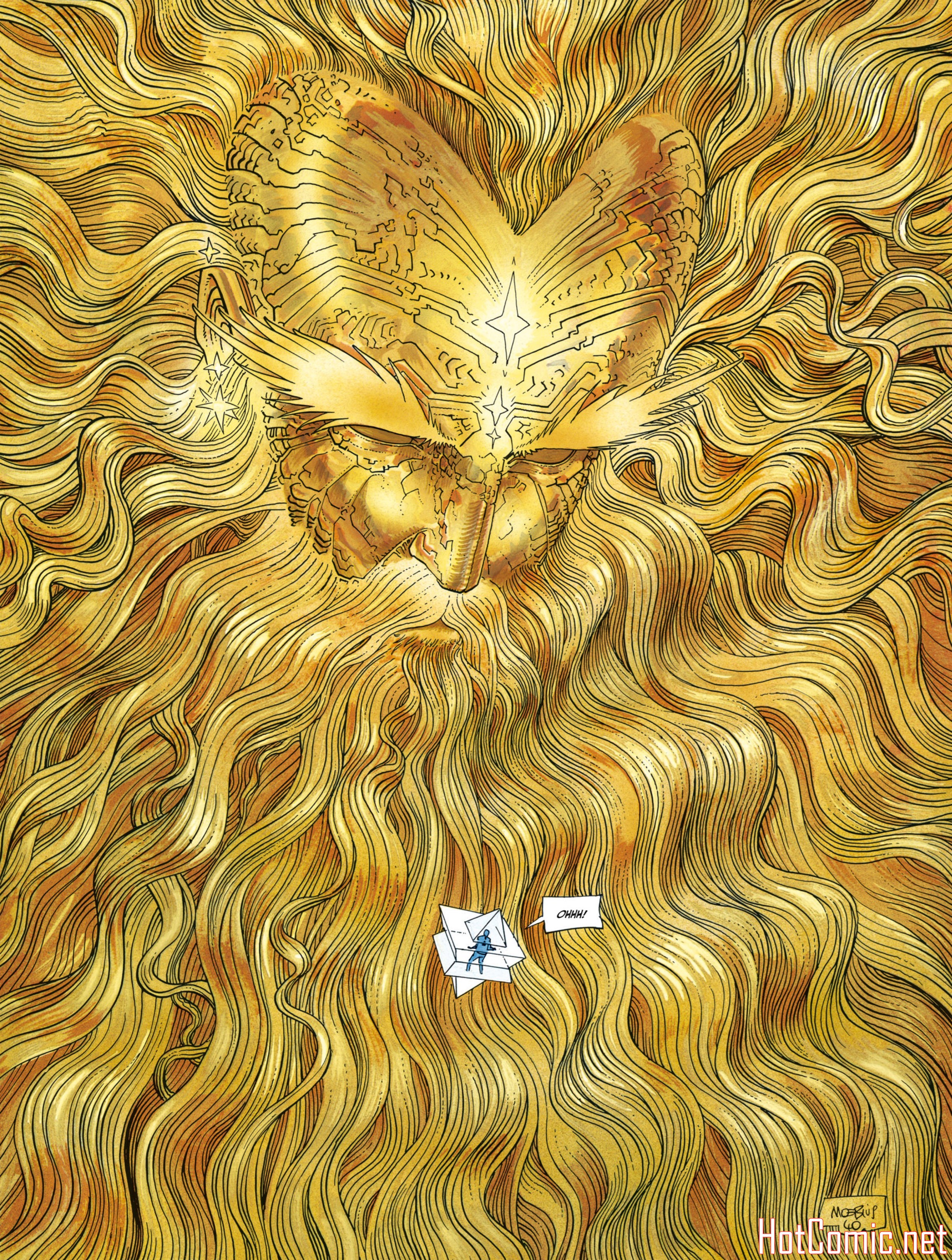