Staff member
It's the spluttering. You know "bloody hell those bloody bastard idiots"

luka said:
It's the spluttering. You know "bloody hell those bloody bastard idiots"
Click to expand...

to be honest nobody can talk about politics and maintain their dignity. its an act of self-humiliation.

used to be that a centrist was someone who held moderate positions, neither left nor right. but today, you also (dismissively) get labeled centrist if you don't agree with 100% of the current progressive left or conservative positions. hardcore conservatives who chastise party colleagues as RINOs for not embracing Trump's wacky positions, or Bernie bros who bully democrats who don't necessarily want to make everything free.

it's a loud minority (made louder today by social media) who are 100% all-in right or left, while the majority of people agree with some elements of both sides. fiscal conservatives who believe in a woman's right to choose, people who support both immigration and gun rights, etc. is it fair to label those people as centrist? they are neither 100% right or left, yet their views aren't necessarily moderate either.
Last edited: Jan 24, 2020
S

sadmanbarty said:
to be honest nobody can talk about politics and maintain their dignity. its an act of self-humiliation.
Click to expand...

shia clerics were traditionally quietist, believing politics to be debased and not worthy of allah.

sadmanbarty said:
Centrism is arguable two things; one an electoral strategy and one a very broad ideology. The former would refer essentially to not being a purity candidate and adjusting to the views/whims/superstitions of the electorate; so I’d imagine Blair for example was less socially conservative than he presented himself to the electorate and likewise Brown was less fiscally conservative than he would have portrayed himself in the late-90’s. Centrism as an ideology on the other hand acknowledges that both markets and governments have their strengths and their failures and as such rejects socialism and libertarianism, instead opting for a mixed economy the balance of which ranges from anywhere between Thatcherism or Cameronism to the “Nordic model”.
Click to expand...

This, inadvertently exposes the core problem of centrism.

Thatcherism, aka Reganism, aka market economics, aka neo liberalism, advocates (amongst other things) the complete handover of virtually all state functions and assets to the market, the destruction of organised labour and the reduction of the role of the individual to consumer and provider of services and labour to private interests. This is an extreme, radical position.

The opposite position to this is the abolition of private property, the seizure of the means of production and management of the state and its assets by the proletariat, or, as it is commonly known, communism.

The centrepoint of these positions is some variety of socialism, or if you shift somewhat to the right - the nordic model - state managed capitalism.

Yet the centrist automatically selects radical neo liberalism as one pole and state managed capitalism as the other. This is why they so readily accommodate fascism, because their reflexive inability to consider left economic solutions mirrors fascism's hatred of same. For the centrist, capitalism, no matter how extreme, is the only game in town and they will pick jackboots over communes every time.

version said:
Does anyone here identify as a 'radical centrist'? Tea? Barty?
Click to expand...

I consider myself to the left of the centre - I vote Labour, not Lib Dem, and I was pleased when Labour started to move away from neoliberalism and back towards social democracy under Corbyn, however badly that may have turned out in practice. And I hope whoever takes charge next doesn't undo that.

The problem I have is with hard left ideologues using it as a term of abuse for anyone less lefty than themselves. I've got really disheartened at the amount of energy that some of Corbyn's supporters have put into excoriating "Centrists" and "Blairites", when you might have thought attacking the Tory government would have been more fruitful, and because often it's not even used accurately but gets thrown at anyone not in their clique, including MPs who are demonstrably not Blairites and in some cases weren't even in Parliament when Blair was around. (E.g. both Angela Rayner and Jess Phillips are about the same age as me, and would have been in their mid-20s when Blair stepped down as PM.)

And assertions that liberals or centrists are all in cahoots with fascists is about as worthy of serious consideration as hard-right Americans who use the words "liberal" and "communist" interchangeably.
Last edited: Jan 25, 2020
D

john eden said:
It’s good to have a grip on this stuff but it can be very addictive and we’ve lost enough good people to the Labour Party over the last few years, thank you very much.
Click to expand...

Point taken. I kinda think of it as different interests or hats (or "hates" as I just mistyped, and is maybe more appropriate) which we all have to some degree. For me, there's electoral politics and the history/burning dumpster fire that is the Labour party, Syria/ME and human rights, and anarchism (I find Colin Ward endlessly inspiring) and doubtless some other stuff I'm forgetting. I've never tried to reconcile these different positions into one cohesive narrative ( I doubt I have the brain power to do so tbh) and am normally approximating or jumping between them, sometimes without realising when I type and argue here, often all in the same post.

Everyone is doing this to some degree and its the speaking of these different languages, word games, sets of assumptions that leads to the miscommunication.

Lots of people got hopped up on the revolutionary potentialities of Corbynism while not being able to speak the more prosaic word game of electoral success. And so on.
Last edited: Jan 25, 2020
D

And assertions that liberals or centrists are all in cahoots with fascists is about as worthy of serious consideration as hard-right Americans who use the words "liberal" and "communist" interchangeably.

I get what Droid is saying here, I think though I do think it's a bit hyperbolic. He may have a point in talking about the UK and US where we are seeing a normalising of far right positions and nationalism via Brexit, Farage and associated fuckery and fuck trying to be in the centre if any of that shit is one of the poles.
Last edited: Jan 25, 2020
D

At the same time, I have a problem accepting "the centre" automatically eschews left wing solutions. The last time the (left of) centre was in power here, they engaged in huge amounts of redistribution, while tacking right in other areas. But I think I'm playing a different language game here, wearing a different hat, trying to talk sensibly about what the last Labour govt. Doesn't have the broad rhetorical flourish or the commitment to radicalism with which others here are arguing. Inherently middle aged.
Last edited: Jan 25, 2020
D

This piece came to mind if we want to argue about "the centre": https://institute.global/news/new-l...liberal, Social Democratic or a Unique Blend?
K

Electorally it’s probably a good idea to appear as the “common sense” choice but “common sense” isn’t automatically politically aligned one way or the other. Droids post above seems like the common sense thing to say for instance and I reckon lots of people would agree with it if it was marketed in the appropriate way.

DannyL said:
And assertions that liberals or centrists are all in cahoots with fascists is about as worthy of serious consideration as hard-right Americans who use the words "liberal" and "communist" interchangeably.

I get what Droid is saying here, I think though I do think it's a bit hyperbolic. He may have a point in talking about the UK and US where we are seeing a normalising of far right positions and nationalism via Brexit, Farage and associated fuckery and fuck trying to be in the centre if any of that shit is one of the poles.
Click to expand...

It may seem hyperbolic, but its more or less axiomatic. You can check by simply looking at virtually any historical scenario where there was choice between supporting the right or the left. Fascism in the 30s and 40s, post war Europe, Latin America, south east Asia & the Middle East in the 60s/70s & 80s... there's so many examples it would redundant to even begin listing them. The 'centre' has consistently favoured totalitarians, death squads & fascists over even the mildest of socialist alternatives. Not only that, centrists tend to be more anti-democratic and authoritarian than the left.

This happens on the micro as well as the macro scale, typified by liberal media, again, examples abound, appearing almost daily, the courting of dapper white nationalists by US media, the compulsion to platform nationalists and racists by UK broadcasters, the Guardian's obsessive and well documented denunciations of Corbyn, all probably the most stark of recent examples, but it's a constant... Just yesterday Joe Rogan was pilloried for the first time (AFAIK) by a major US media organisation - was this a delayed reaction to his repeated platforming of far right commentators? Of course not, It was because he endorsed Bernie Sanders.

Sigh. Because "progressive" and "supporting Corbyn" are now synonyms, aren't they. :slanted:

Staff member
I'm rather less concerned about death squads in Latin America in the 1970s than I am about what's happening in my own country right now, and what I see here is that it's those dreaded centrists, as well as people such as Starmer who are quite clearly on the left but aren't in the Corbynite faction of Labour (and therefore qualify as "centrists" as far as some people like to think), are the ones most vociferously opposing the takeover of UK politics by outright racists and disaster capitalists openly on the make. Many on the further left are apparently perfectly OK with this - Len McCluskey would turn the Labour party into a sort of socialist version of Ukip if it was up to him. It was George Galloway, not Jo Swinson or David Lammy, who was photographed in a warm, fraternal hug with Steve Bannon. So from where I'm sitting, hard left/hard right convergence has a lot more traction that "centrists love fascism".
L

from the outside, it appeared they denounced corbyn because he was a shit party leader. they'd have probably gotten behind someone with largely similar beliefs who was more charismatic and had better leadership qualities, likability, etc.

Leo said:
from the outside, it appeared they denounced corbyn because he was a shit party leader. they'd have probably gotten behind someone with largely similar beliefs who was more charismatic and had better leadership qualities, likability, etc.
Click to expand... 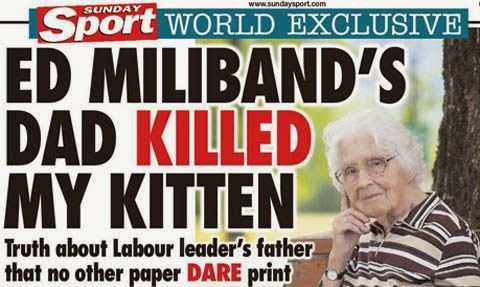