I think I still got a credit for the attempt, but I didn't get to move on to the next semester

I think I still got a credit for the attempt, but I didn't get to move on to the next semester
Click to expand...

thats rough. I knew some people that ran into similar problems. You said it was the thesis' Lasch like quality?

Linebaugh said:
whats the Georgist relationship to electoral politics? if one exists at all. Who do they like, what legislation is approved of and etc.
Click to expand...

George ran for mayor of New York City in 1886, landing behind the Tammany Hall candidate but ahead of Teddy Roosevelt. The Georgist position on electoral politics is that he only lost because a number of pro-George ballots were dropped into the east river.

The approved legislation is anything that moves us closer to a land value tax. It's a simple platform. Zoning is also a bit of a no-go, or it is in neo-georgist interpretations. (It hadn't been invented when George was writing.) Other forms of land value capture, taxes on water or drilling or mining rights, are supported. Free parking is not supported. In the last US presidential election, two candidates endorsed land value taxation—Andrew Yang, who later backed away from the position, and Mike Gravel. Also this cycle, one of the challengers against Nancy Pelosi endorsed it. (The latter two of these happened because I asked them to; Yang was asked to endorse LVT by a fellow traveller.) These were, to my knowledge, the first US presidential candidates to endorse an LVT since Ralph Nader in 2000.

UBI is popular, but funding it through income taxes is not. You can imagine the ideal Georgist state as a kind of Marx-Reaganism—the state owns all land and natural resources, as well as a select few natural monopolies; as a result of this, the state is able to operate with only minimal taxes on income. This leads to the creation of hong kong like, ultra-dense cities for maximum knowledge-concentration, the gradual replacement of home kitchens with public eateries and street food (the kitchen is a western tax dodge—too expensive to pay someone else to make food even if they're much better at it and operate at much higher scale, because you're forced to pay both your own income taxes and the chef's income taxes on the chef's labor.) with a re-greening of subeconomic farmland in the exterior. The theory is, if you can aggressively target and decrease the cost of living, much of the coercive nature of the market is annihilated or dampened, with no need to "end capitalism."

beiser said:
In the last US presidential election, two candidates endorsed land value taxation—Andrew Yang, who later backed away from the position, and Mike Gravel. Also this cycle, one of the challengers against Nancy Pelosi endorsed it. (The latter two of these happened because I asked them to; Yang was asked to endorse LVT by a fellow traveller.)
Click to expand...

I have quite a good rapport with the Gravel teens these days, they’re fans of my tweets. The Pelosi challenger was an also-ran; she lost the primary to Shahid Buttar, a candidate so bad that his entire campaign staff quit and even the SF DSA eventually pulled its endorsement.

I pushed hard for a marianne williamson land value tax endorsement but my contacts with her campaign just weren’t strong enough.
L

Red Scare has to sit on the sidelines for conflict-of-interest
Click to expand...

version said:
This is why I'm suspicious of the language of tech, the talk of optimisation, efficiency and so on. It gives me the same feeling as rebranding torture "enhanced interrogation". A respectable veneer for nasty ideas.
Click to expand... 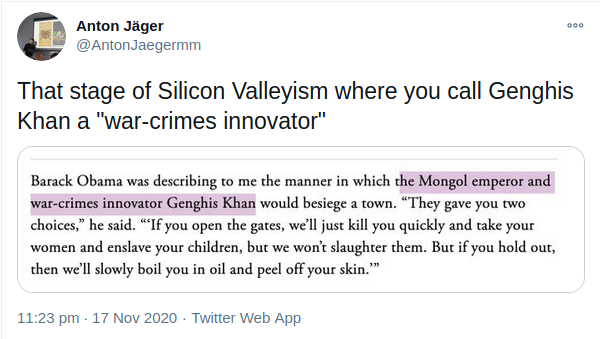 this was by the editor in chief of the atlantic, you can’t blame this shit on the west coast

found Culture of Narcissism browsing my parents old bookcases some months ago, read it eagerly having never heard of Lasch. Suddenly the book is all over reddit and now here.

,ast week was reading about georgism for the first time, thought it sounded cool, and poof it appears on dissensus.

what I glean is that there is rising enthusiasm for leftist ideas that stray from the current dogma and that it's not so much the ideas of the current dogma that are turning people off but the perceived dogmatism itself.
You must log in or register to reply here.
Share:
Facebook Twitter Reddit Pinterest Tumblr WhatsApp Email Share Link
Top