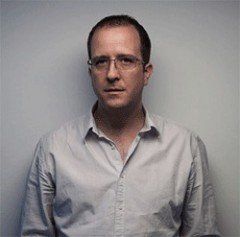 Deserves his own thread. Plague Pod at the moment is very enjoyable, but there's a lot more going on. He's got good range going on.

There's a whiff of controversy cos of the acceleration / nick land connection obvs.

The last 1.5 hours of this https://soundcloud.com/urbanomic/the-spinal-land also very interesting, on spinal catastrophism
V

I recently read something of his on "geotrauma" that was intriguing,

A Brief History of Geotrauma

The theory of trauma was a crypto-geological hybrid from the very start. Darwin and the geologists had already established that the entire surface of the earth and everything that crawls upon it is a living fossil record, a memory bank rigorously laid down over unimaginable aeons and sealed against introspection; churned and reprocessed through its own material, but a horrifying read when the encryption is broken, its tales would unfold in parallel with Freud?s, like two intertwining themes of humiliation.
Click to expand...

listening to this one at the moment

i like how he says, when talking (approx 1 hour 18) about a ballard short story, the enormous place, that the guy in the story is giving birth to a new version of himself, not so much finding himself

That pop dialectic work sounded interesting - from the Pop Philosophy lecture. The idea that the pop music's self-consciousness about being fake is its driving force. One for your Hall of Mirrors thread, version.

And the things about cultural productions of modernity being intimately wedded to it's medium. Converges on McLuhan's "the medium is the message".

I will be looking into this blog.
C

dint even notice that bit tbh - i was into what he was saying about how hes always trying to make things, like he did zines and stuff and him and reza tried to make the lego box. funny when he said he went off his PhD cos nick land was his supervisor lol.

his convo with lee gamble is interesting as well

i like the jungle he likes, one of the things about plague pod has been that the music has been generally really excellent, like he's into that darkside and scruffy ragga jungle, remarc, razors edge and others, that i really like. all the tunes he plays are good tbh, although some of the noise is a bit, well, noise

Yeah I enjoyed that bit as well. I sympathise with the project as he outlined it.
C

Earlier on, when I was doing my A Levels, I?d had something of an epiphanic experience when I read Simon Reynolds?s book on ?shoegaze? bands, Blissed Out. That had been one of the first theoretical books that had really got me excited because I thought, wow, you can take all of these (what seemed to me at the time) exotic French philosophers smoking their pipes in Paris, you can take their sophisticated jargon and use it to talk about the kind of music I?m listening to?you can talk about My Bloody Valentine using Derrida, or whatever. The name for the zine that I published around ?95-?96 at Warwick, ***collapse, a distant forerunner to the journal published by Urbanomic, actually came from a chapter in that book, on the band Loop. Just the chapter title for me was emblematic of this pioneering spirit of applying maximally portentous philosophical language to pop culture, something that would totally be a part of the spirit of CCRU later on. Not only was the chapter entitles ?Black Mysticism of Transcendental Collapse?, it was about one of my favourite bands too! People ask me about the name Collapse and think it?s some kind of reference to quantum theory but no, that?s the real reason behind it!
Click to expand...

Towards the end of this interview is good, where he's talking about the CCRU vision of cybernetics of somewhat haphazardly throwing bits of things together, very roughly, so all the sound pieces with theory over the top.

It made me think of luka, barty and Co going off on some drill and trying to textualise the meaning.

And what he's saying about how certain sounds become other sounds in jungle, drum patterns being so close together they become new tones, timestretching and so on.
C

"Most importantly there is the use of timestretching endemic to jungle, and the idea that timestretching is a fundamental diagonalization of the double articulation of acoustic time itself as expressed in the waveform, whereby, given a recording on a physical medium, you usually can?t speed up its playback without making the pitch higher. In violating this principle by using digital sampling, it?s almost as if timestretching breaks time itself. That?s the affect of timestretching, that?s how it feels when you listen to it, but also there?s a deeper kind of truth to it."

From one of the PlaguePod chat replays: Buy Robin MacKay a coffee
P

Lots of good stuff put out by Urbanomic, and Collapse journal had some banging issues back in the day.

Urbanomic gets some heat for being "the publisher of the fascist Nick Land", but the Land they have actually published is mainly Fanged Noumena (which is all sorts of things, but not particularly affected by the racist conspiracy theory Land goes in for nowadays) and the odd interview. They're hardly Arktos Press ferchrissakes.

I remember Robin's speech at the Mark Fisher memorial ceremony as especially moving. You can read it, along with others, here: https://www.urbanomic.com/document/mark-fisher-memorial/
C 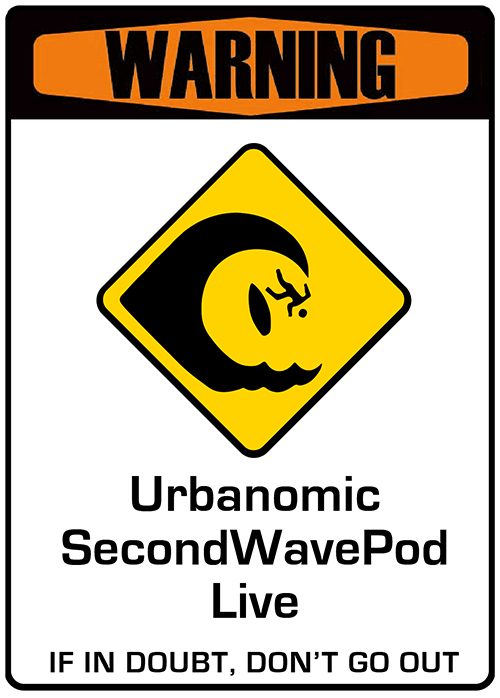 We’re back in lockdown. So we’re back on air, with some guests, some tunes, some book news, and…some other stuff. Reza Blades and Kilford, along with Iceland Bob, join us to talk comics and Boltzmann Babies, there are X-Risks with Thomas Moynihan, a reading from Gabriel Catren’s forthcoming...

Really good show - had a reading from kode9 where he was talking about how you could convert virus microbiologies to sound waves.

So you could take different viruses and make them into different tunes, with varying bpm, pitch etc.
C

there's this guy icelandbob who does good mixes and stuff, he was on, talking about comics.

and strangely, he's on the same neon hospice thing that @woops and @bun-u and @bunnyhausen are on. and now of course @sufi.

and @xenogoth was on as well, and he did a thing on the the neon hospice recently as well, for halloween, for repeater, which featured a k punk mix

Schedule for broadcasts on The Neon Hospice

we might need to revisit kode9s book cos i think the audio virus thing is from there:

"Aside from sonic fictions such as these that come packaged with the music itself on sleeve notes, track titles, artwork, and so on, theorists such as Frank Gunderson have attempted to force direct engagement between the cultural virologies developed within memetics to the musics of the African diaspora. For Gunderson, memetic theory would propose “that some rhythms, for whatever groovilogical reasons, are catchier than others, are more quickly received than others. Crowds tend to gather whenever they are played, thus insuring their infectious spread to more bodies.” Certain modes of rhythmic configuration can therefore function as an attractor in processes of group catalysis."

there's a whole chapter on it
C

anyone read mumbo jumbo by ishmael reed? it's going on my list cos i've heard about it a few times now. right after i've done with dostoyevsky's possessed. but i got sidetracked by the invisibles by grant morrison, which has been a bit disappointing tbh.

there was plenty chat about alan moores providence on last nights plague pod as well btw. general agreement about the grossness but people saying he just made explocit what lovecraft always heavily implied, that was his whole point.

chat room was great too, but seems unavail now. which is good actually. you had to be there.

mumbo jumbo is great, i loved it. do they mention it in the podcast? bookmarked this quote at the time cos i loved it so much:

The headquarters of the Wallflower Order. You have nothing real up here. Everything is polyurethane, Polystyrene, Lucite, Plexiglas, acrylate, Mylar, Teflon, phenolic, polycarbonate. A gallimaufry of synthetic materials. Wood you hate. Nothing to remind you of the Human Seed. The aesthetic is thin flat turgid dull grey bland like a yawn. Neat. Clean, accurate, and precise but 1 big Yawn they got up here. Everything as the law laid down in Heliopolis 1000s of years ago. (Heliopolis, the Greek name for the ancient city of Atu or Aton.) You eat rays and for snacks you munch on sound. Loading up on data is slumber and recreation is disassembling. Transplanting is real big here. Sometimes you play switch brains and hide the heart. Lots of marching. Soon as these Like-Men disappear walking single file down the hall here comes another row at you. The Atonists got rid of their spirit 1000s of years ago with Him. The flesh is next. Plastic will soon prevail over flesh and bones. Death will have taken over. Why is it Death you like? Because then no 1 will keep you up all night with that racket dancing and singing. The next morning you can get up and build, drill, progress putting up skyscrapers and ... and ... and ... working and stuff. You know? Keeping busy.
Click to expand...

kode9 talks about it in his book and the reading on podcast yesterday was from that - i'll try find the time stamp for you, it was very interesting.

i was painting with acrylics yesterday and they are interesting... cos they are basically plastic but replicate oil. but you use em for convenience cos oils are so hard to clean and dry. oils can take weeks to dry.

but the weird thing i noticed with acrylics is that when they do start to dry, if you leave your mix undisturbed, like a couple of hours, they start to develop a weird film over them, a sort of drying skin. whereas oils would never get that, i don't think.
You must log in or register to reply here.
Share:
Facebook Twitter Reddit Pinterest Tumblr WhatsApp Email Share Link
Top