Interesting, isn't it, the divergence between the two brothers?

Almost as if it must have grown out of their sibling rivalry.

Reading that Peter Hitchens article obscurely reminded me of reading some Eliot. It's that apocalyptic view of modernity. No morals. No beliefs. World's gone to pot.

Staff member
Peter looks so noble and brave walking with that baying mob behind him. 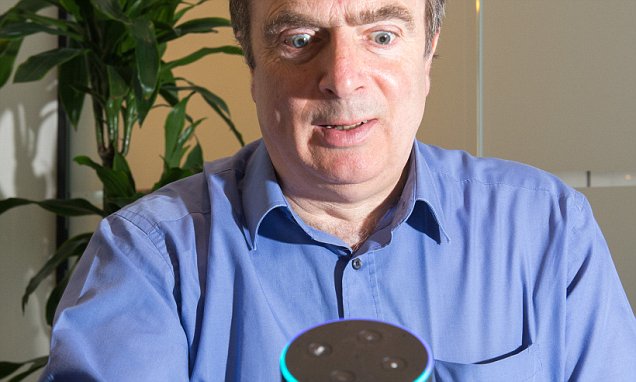 What could possibly go wrong when Peter Hitchens welcomed Alexa into his Oxfordshire home? How would Alexa fare with a grilling on matters ranging from Beethoven to Bob Dylan?

Staff member
"So with great reluctance I brought Alexa into my home, plugged it in and set it up. One of the first things I did was rename it. I didn’t like the phoney familiarity of the Christian name. I wanted to call it Miss Amazon, since it has a female voice. But Amazon was as near as I could get. And I tried to get it to call me Mr Hitchens, but have so far failed."

imagine thinking Christoper was the talent in this family.
C

is bartys sister a karen? conscious that bartys ears must be burning. hey barty, come back. sorry we've now moved onto your sister.

Staff member
No. She's what people have maybe moved on from calling a 'SJW'.

Staff member
"By this time our relationship was becoming frayed, and I had adopted a hectoring tone. At one point, in exasperation, I told it to get stuffed, and it responded by asking me: ‘Do you want to buy stuff?’ I think this moment revealed its true nature and purpose. It will do anything to get you to buy stuff."
C

what are SJWs called now?

Staff member
dunno. maybe still SJWs. seems a biut old hat though. as if it belongs to an earlier phase of the culture war

Staff member
yesterday i decided that a lot of the right wing stuff is made up in think tanks and artifically introduced into the discourse. things like 'soy boy'. i think they are brainstormed at a high level and seeded onto social media. thats why they are all so shit.

Staff member
i think the right have a centralised strategy to take on the left in the social media battle-space.

Staff member
i think there is someone out there who got a fat bonus for coming up with 'soy boy.' i think his consultation fees have gone through the roof. that's what i decided yesterday.

There've been rumours of 4chan essentially being a petri dish for that sort of thing.

Staff member
youd be stupid not to

In my case, it feels like an acute social pressure to mean what I say, as if I will be held to it or it will be dissected by some high court of semanticists. This feels to be the case offline (to frame real life as the negative) as well, only here I actually am able to revise the crap out of something before the moment passes.

Huh, a bit cathartic. Don't think I've articulated that before.

Relevant section from Jenny Odell's How To Do Nothing

A 2011 study that [danah] boyd conducted with Alice E. Marwick found that Twitter users who had built the most successful personal brands did so by recognising the fact that they no longer really knew who their audience was. To tweet was to throw the message into a void that could include close friends, family, potential employers, and (as recent events have shown us) sworn enemies. Marwick and boyd describe how context collapse creates a "lowest-common-denominator philosophy of sharing [that] limits users to topics that are safe for all possible readers.
Click to expand...

This is a great addition to our template-craic thesis thundarrshirt

forgot where it was conceived