version said:
"She became everyone’s best friend during lockdown with her hugely successful Yoga with Adriene videos. So how did the calmest woman in wellness reach burnout?"
Click to expand...

paywall. is there a way to access the article?

Not that I've seen, and no, I don't. I just saw that series of tweets.

luka said:
you always got the sense she was quite brittle. barely coping.
Click to expand...

do you feel guilty? you were one of her biggest fans.
C

'I felt knocked out by anxiety' How lockdown's yoga guru reached breaking point; Adriene Mishler, aka Yoga with Adriene, became everyone's best friend during lockdown with her hugely successful videos. So what happened next? Hannah Evans hears how the calmest woman in wellness burnt out

yyaldrin said:
do you feel guilty? you were one of her biggest fans.
Click to expand...

i dont feel guilty no becasue i emanated a lot of love in her direction, i was sending healing energy and gratitude. 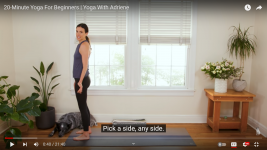 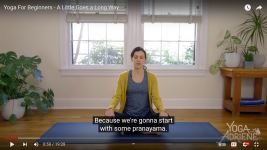 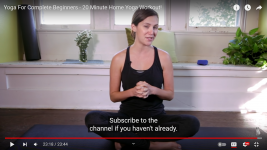