This is one of limmy's favourites too FYI

Leo said:
and, weirdly for such a polite country, outlaw biker gangs.
Click to expand...

australia and nz have those too. quite quaint in a way.

luka said:
australia and nz have those too. quite quaint in a way.
Click to expand...

Quaintly hacking off the head of a meth dealer from a rival gang with a saw. Charmingly carving a swastika into his chest so everyone knows who did it.

The Pagans is a great biker gang name.

I really wish that I found Limmy as funny as every single other person in the world apparently does. It's not that I hate him or anything, he raises a bit of a smile but in every single friendship group I'm part of he seems to be pretty much universally popular. From Nathan in Fat White Family to virtually every member of dissensus, from the guys in my football team to my mum and her friends, they are all laughing at Limmy every day until their sides split over Limmy and sending videos flying around the internet to the extent that at any given moment there are more people looking at Limmy than at pornhub. Every time someone sends me a video saying "this is fucking funny" and I get mildly excited with anticipation... and then sort of sag with disappointment when I realise it's him again. Which is totally unfair I'm sure, he doesn't deserve that, it's just that no-one can be at that level of exposure without there being some sort of negative reaction.
Or am I just a grumpy bastard with no sense of humour?

no one finds him very funny. his appeal lies elsewhere.

no one ever really laughed out loud to anything Limmy has done.

this is funny, reading the wiki on the pagans, they had plans to expand to Canada and partner with Rock Machine MC, a rival to Hell's Angels:

However in 2018, Pagans member, Andrew "Chef" Glick revealed that the group had abandoned its plans at expansion North, they cited Canada's anti-biker laws but also a large part of the reason was that Canadian Hells Angels are considered particularly violent members of the outlaw biker – or “one percenter” – community, Glick said in a interview.

Has anyone seen this thing Underbelly? When my Australian friends aren't talking about Muralithaniam being a chucker their conversation often turns to this show about murderous gangs in Sydney. It's a multipart dramatisation of a true story apparently with loads of twists and turns and so on. My friend was saying how good it was and how it came before The Wire but doesn't get nearly as much recognition... I pointed out that it was actually a few years after The Wire and he said "Oh yeah" - but apparently it's still good in its own right even so. 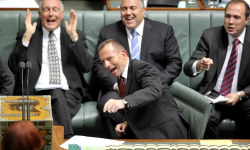 This thread was a revelation.
C