I spent a NYE in Preston; was pretty good actually.

Impossible for someone like Mvuent who grew up in a log cabin skinning rabbits to understand how cramped and claustrophobic England is. A sinking ship.
C

It is not advised to wear a Watford FC shirt in town, especially in evenings or on Saturdays. Despite lacking the great success and history of the Hatters, Watford are considered rivals of Luton Town FC, and Watford shirts are by no means inconspicuous (their team colour is bright yellow). Wearing a Watford shirt is unlikely to attract more than verbal abuse but could turn ugly if you are not careful. It is similarly not advised to wear a Millwall FC shirt in Luton.
Click to expand...

Even the names are grim: Watford, Luton, Colne.

version said:
Even the names are grim: Watford, Luton, Colne.
Click to expand...

The flip side of this is place with charmingly rustic names being the centre of appalling gang violence. Manchester is like this. Multiple murders carried out in Chorleybum
C

There's a funny bit about Burnley in WG Sebald's Rings of Saturn, p185:

"Not long after he arrived in Blackburn he was invited by a fellow soldier to spend Easter Monday at his home in Burnley, a town whose black cobbled streets, derelict factories, and zigzag rooftops of back-to-back houses outlined against the sky like dragons' teeth, made a more forlorn impression on him than anything he had seen so far in England."

luka said:
Hastings is the worst place I've been. Or Preston actually. Probably Preston. A lot of England is in a pitiful state though
Click to expand...

I went on holiday to Hastings once, it was ace.
Well, we rented this converted barn thing in a field midway between Hastings and Rye but we spent most of our days in Hastings cos although Rye is very pretty there is no-one there under the age of 84. I genuinely loved Hastings though, it's kind of like Brighton without all the shit stuff and hipsters (like me). Folkestone is my favourite though, I've been on holiday there at least twice. Cos no-one goes there any more you can rent a suite in this hotel that royalty used to stay in for about 20p a night out of season. 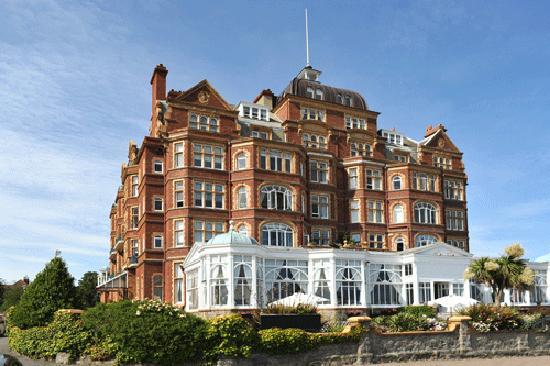 The building was constructed as gentlemen’s residential chambers, and immediately established a reputation as the place to be and be seen. The King, Edward VII, became a frequent visitor, so much so that the locals would wander along The Leas in front of the building peering into the glasshouse to catch a glimpse of him; apparently because he and his friends were heavily bearded, it became likened to looking at monkeys in a cage, hence the sobriquet Monkey House. The King came not only with the Queen but also his intimate friend Alice Keppel, an hour-glass blue eyed beauty the epitome of elegance, lively wit and discretion, popularising the expression monkey business; his favoured three piece suits are still known asmonkey suits in America.
Click to expand...

I've not really been to actual Luton as far as I recall but I've flown to and from the airport countless times. It's the worst airport I know.
All I really know about Luton is that their football team used to have a plastic pitch when I was a kid. Crazy that was allowed really.

Been to Luton for a few football away games watching Forest. Horrendous place, although their artificial pitch was techno for the times. A mix of post-war brutalism and cunts like Tommy Robinson, the old BNP and NF fanzine seller types who'd mix with scarfers. As a rival Derby is a hole but at least it's got The Peak District on its back door.

Lancashire mill towns aren't really comparable, because the settings have better stonework. The north might appear grim, but a place like Burnley has a lot more soul than a heap like Luton. The fun facts i know about Hastings are Crowley's death and that David Tibet lives there. Never been.

IdleRich said:
I went on holiday to Hastings once, it was ace.
Well, we rented this converted barn thing in a field midway between Hastings and Rye but we spent most of our days in Hastings cos although Rye is very pretty there is no-one there under the age of 84. I genuinely loved Hastings though, it's kind of like Brighton without all the shit stuff and hipsters (like me). Folkestone is my favourite though, I've been on holiday there at least twice. Cos no-one goes there any more you can rent a suite in this hotel that royalty used to stay in for about 20p a night out of season.

Literally the first thing I think of when someone says Luton... which is nuts really cos they got rid of it almost 30 years ago. In fact, I've just googled and it turns out they only had it from 1985 to 1991. I guess i must have started taking an interest in football somewhere during that period, I just assumed that they had had it forever and that when they got rid of it it was the end of era... an epoch even.

It does bounce differently...

I think a lot of hotels from the time looked like that, this building is right next door, used to be The Metropole Hotel but I think it's flats now 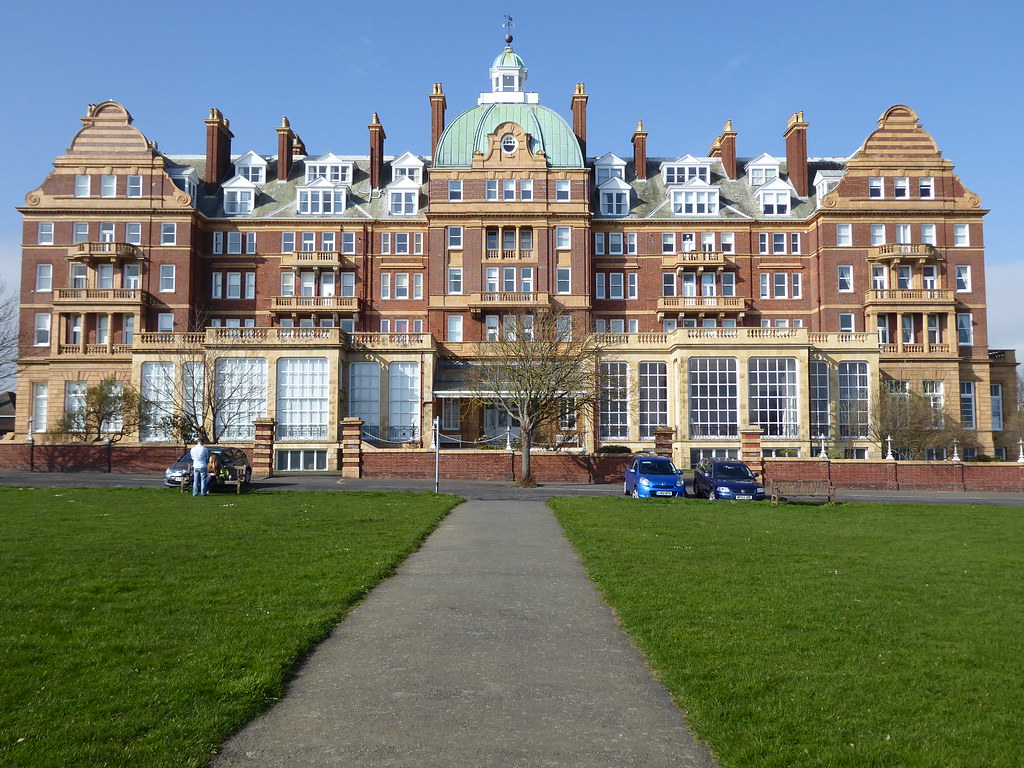 I like the funicular on the Leas in Folkestone, it works completely by rain water which is collected in tanks. There is a carriage at the top and one at the bottom, they load up the top carriage with water and empty the bottom one and then the weight pulls the heavy one down and the lighter one up. Ingenious. I am so boring sorry.

I always associate Bedford with Luton... I love these videos this guy uploaded of driving through the town (glad they are back up). The music is amazing, totally inappropriate and yet somehow absolutely fitting and imbuing the banal scenes with a latent sense of threat.

But seriously, what's wrong with Hastings? Loads of greenery, seaside, bright houses, good seafood in the pubs (probably), a funicular, a pier, some ruins, a shipwreck museum, arcades and so on... and it really feels alive. Or it did fifteen years ago or whatever it was. 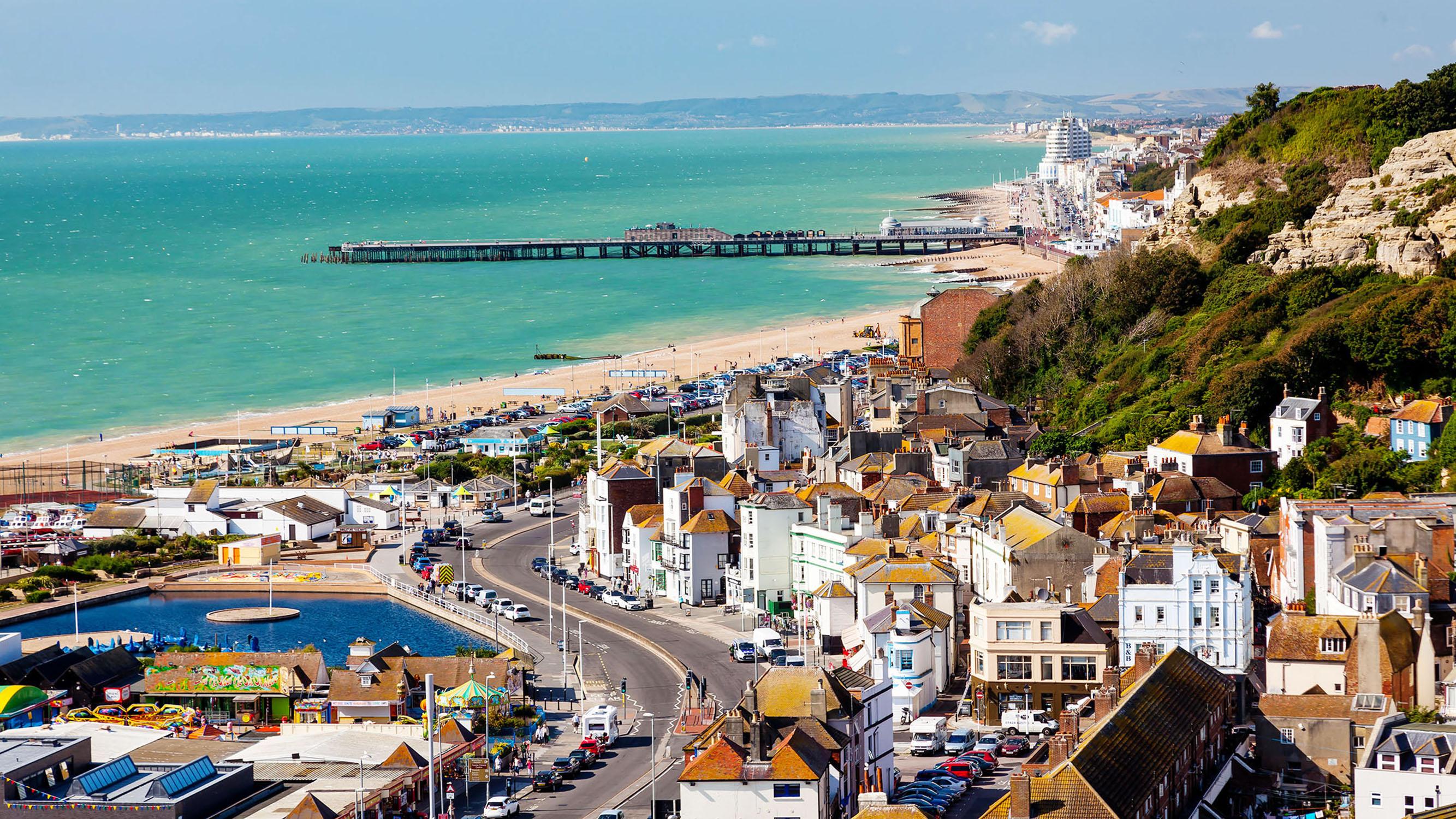 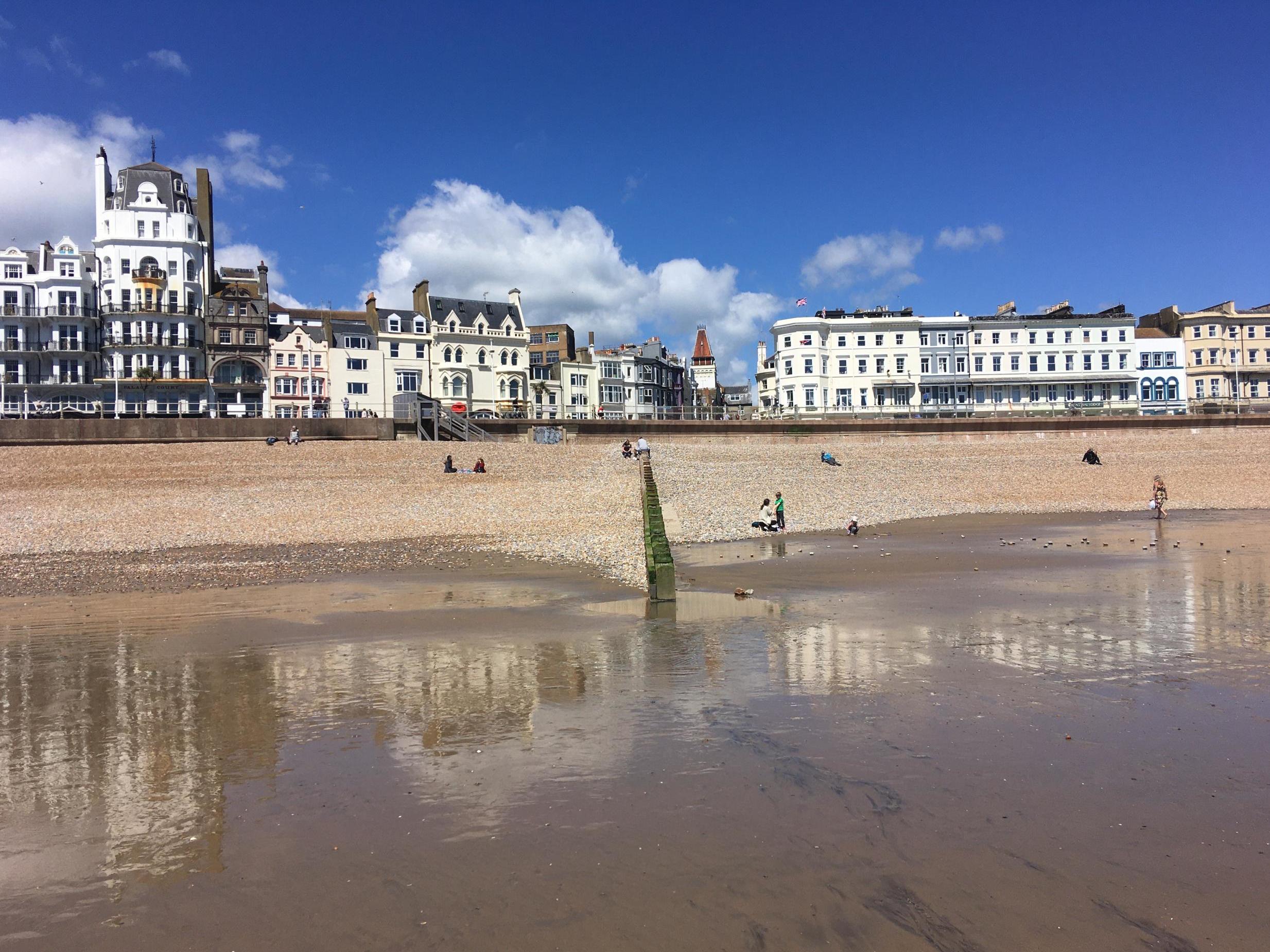 Even the Guardian are ordering you to move there... https://www.theguardian.com/money/2012/may/18/lets-move-hastings-east-sussex-

I grew up just down the road from Luton - I used to go to Kenilworth Lane to watch the football team and remember seeing George Best and Rodney Marsh play for Fulham against the Hatters. Even in the 70s it had a rough reputation - 'the north in the south' as one person once put it, you didn't hang around the Arndale Centre as it seemed to be populated with gangs of skinheads looking for local Sikhs to harass.
There was a big German and Italian pow camp out near where the airport now stands, they were put to work building houses which are still there and they used to house the Vauxhall car workers (plant now closed.)