Favourites? I know Craner likes Notorious and Padraig doesn't rate him at all. Off the top of my head, I've seen Rear Window, Psycho, Vertigo, North by Northwest, The 39 Steps and The Birds and enjoyed all but The 39 Steps. Also they've got Suspicion on iPlayer atm so might give that one a go soon. 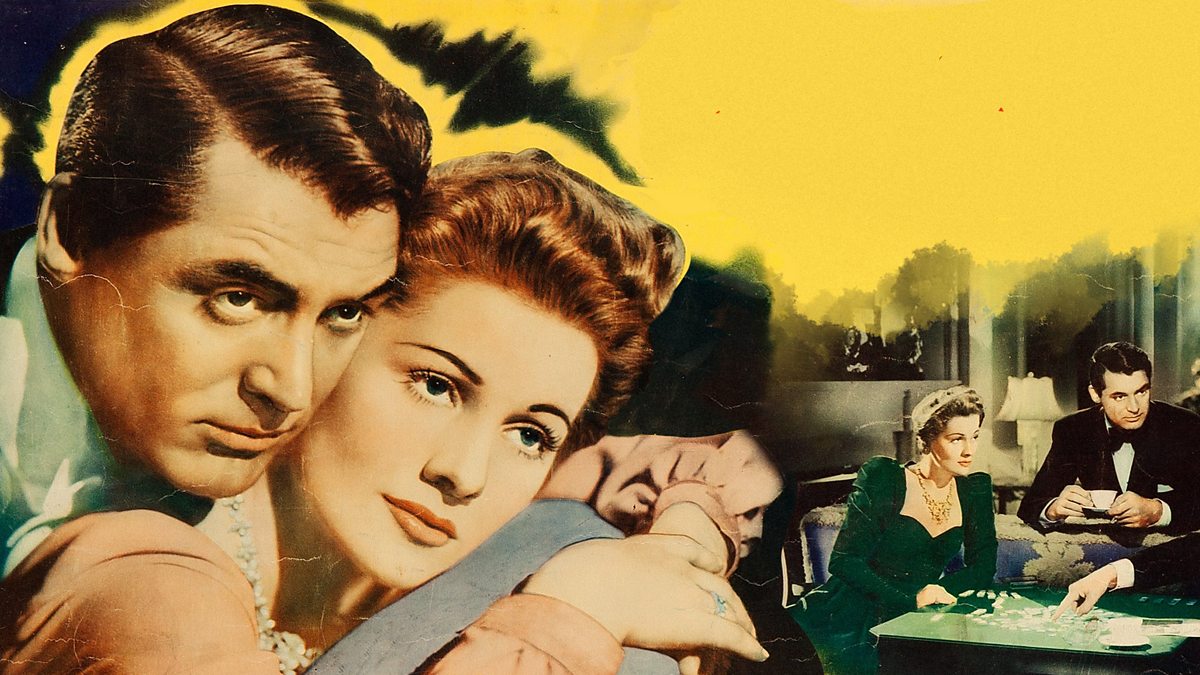 I remember seeing "rope" one time, for some reason it was never revived in theaters as often as his bigger hits. recall it being pretty good.

also like how he used to put himself in the frame at some point, in the background, a man on the street, in a crowd.
L

I dunno whether he did it for any of the others, but there's that trailer/introduction to The Birds where he just wanders around a study discussing the history of our feathered friends.

That green in Vertigo. 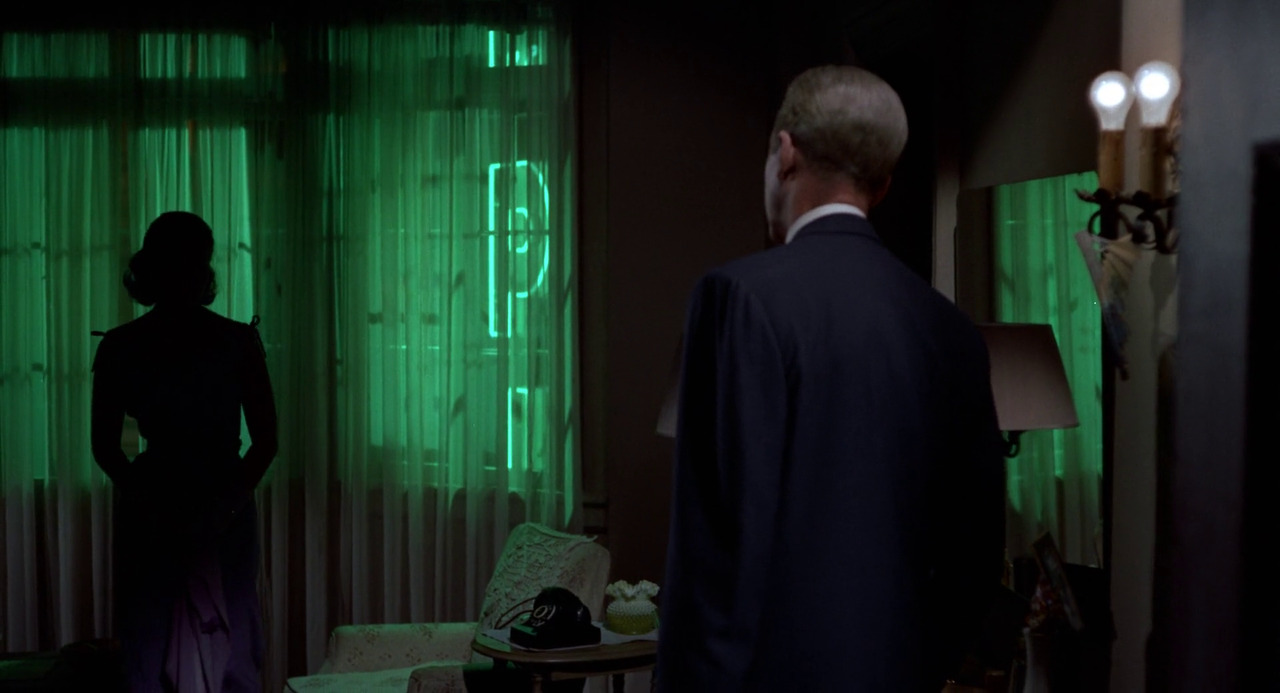 A few years back we decided to watch every single Hitchcock film in order. There were a couple we couldn't get hold of but we watched about forty I guess. Bit of a blur now to be honest but some great films and especially some fantastic moments, shots etc
Predictably my favourites were still Vertigo (think the first - certainly most iconic - example of the Hitchcock zoom), Rope (The fake one-take thing), Spellbound (with the Dali sequence), Marnie (the crude psychoanalysis stuff)... special mention for The Lodger which shows that even at the very beginning in a silent film with Ivor Novello he always had something, was soon gonna be bigger.
In fact, before that wasn't he part of the crew on some of the heavyweight European silent stuff even before that? Not sure in what capacity though.
Last edited: Jul 25, 2020

I had a feeling he worked for Dreyer or possibly Murnau. Actually neither quite correct by apparently he was in Germany and I think was in a position to see part of a Murnau film being made.

I think the one in Lifeboat is maybe the most inventive.
Also a good film... when people can pull off a film with basically a single location and fixed number of people it's always impressive.

I've only seen Nosferatu. What else is worth checking?

Er... sorry.
Looked through his filmography and I don't know any of his others either. Poor.

You seen that film based around the making of Psycho with Hopkins and Mirren playing Hitchcock and his wife? Looked pretty terrible.

Love Rear Window. I'd happily live there and then. 1950s New York must have been boss.

I remember when I first watched it, as a kid, it didn't look like a different world. It wasn't that old fashioned. Proper period piece now though.

The shots of the courtyard are bizarre. Very obviously a set. Gives you the feeling you're watching a giant theatre production.

version said:
You seen that film based around the making of Psycho with Hopkins and Mirren playing Hitchcock and his wife? Looked pretty terrible.
Click to expand...

I have not. Is that the one mainly about his relationship with his female stars, or is that another one again?

I'd agree with you about 39 Steps, very loosely based on the book and I think it's seen as one of the first films where they just tied kinda thought fuck plot and just tied together a load of action scenes. Basically what an action film is now I suppose.
Not such a big fan of North by Northwest either. I like the bit where Carey Grant takes ages in the bathroom (probably killing someone or something) and the love interest asks where he was and he says something like "I was shaving, it takes me a long time, I have a big face".

Also Dial M for Murder is great and (of course) Strangers on a Train... criss-cross criss-cross... in fact see my previous claim that all songs (and probably films) about trains are good.

The one with the necktie murderer in London polarises opinion I find.
L

version said:
The shots of the courtyard are bizarre. Very obviously a set. Gives you the feeling you're watching a giant theatre production.
Click to expand...

absolutely, but there are still many blocks and buildings here with that sort of set up. I've seen some things across my back yard that have been interesting. not murders, but...

There is something particularly iconic about Rear Window I think, there are so many circumstances or views or whatever that can suddenly make someone say "it's like Rear Window".
When I think of Hitchcock I think of lots of good, even great films, I think of technical innovation, I think of the Freudian subconscious stuff that he put in there very explicitly and for which he was famed. I guess cos lots of films (any film) can be written about from that angle or giving a Freudian take - but that's the critic giving it their interpretation. But I suppose Hitchcock was someone who was recognised as being amongst the very first to deliberately and explicitly (sometimes too explicitly for my liking) put than in as part of the story, to really acknowledge that as a major part of the story (this is just the impression I get - please correct me if I'm wrong, but I can't immediately think of many huge classic films of the era that did the same).
So, yeah, loads of really good films, many bordering on great; consistently making loads of really eight or nine out of ten level films for years and years. But... but but but... in my opinion, I'm not sure he did that many fucking beyond genius 10 out of 10s. Right now this is how I feel at least. Off the top of my head I can't really think of any that really go to that extra level. Maybe I'm forgetting some or maybe I'd give a different opinion tomorrow, but my feeling is that despite everything, he never reached that absolutely magical marriage of technique and atmosphere and emotion that is the difference between a fantastic film and... I dunno, something else, the ineffable untouchable... er, thing.
One tenuous thing in favour of that argument would be the fact that he never won the best director oscar. It sort of seems that every year his film would come out and it would be good and everyone would know it was good and it was there or thereabouts and yet there never came along one that made them go "This is his masterpiece, let's give him an oscar - the oscar". He might have been better than all the directors making at the same time over a twenty year period or whatever, but every year one of those mainly lesser directors tended to rip their guts out in making a better film than his offering. Two flaws in that argument - one is that the oscars are obviously bollocks so fuck 'em. And the second is that maybe he did win a best director one at some point anyway.

version said:
I've only seen Nosferatu. What else is worth checking?
Click to expand...

Still embarrassed by my answer to that. Should really watch through hist stuff systematically. I really don't do that often enough. Hitchcock is one I've worked through and we did Polanski recently but I'd like to do it more.
I guess there are plenty of directors where I've seen all or ninety percent of their stuff, but it's quite different to work through a whole filmography in order - especially if they are someone like Hitchcock who has so many different periods and so on. Maybe actually I started a thread before asking for suggestions on who to set about that way but I guess I never followed the recommendations it generated (if any).
You must log in or register to reply here.
Share:
Facebook Twitter Reddit Pinterest Tumblr WhatsApp Email Link
Top