Why does the left hate crypto so much?

I don't get it? I don't just mean the capitalist angle (why no vitriol over the National Lottery, though?) or the environmental side (as if Bandcamp Friday's not a colossal waste of electricity...). There's something more to this, I can tell certain people on Twitter SERIOUSLY hate crypto and equate it with the far-right. Can anyone explain?

I made a profit on Dogecoin just by surfing around on the web a bit, and have some other coins that might blow up in future (or might equally go to zero tomorrow). Why is that so bad? Inform me. Can't lie - given the choice between making money off magic beans or listening to some radical noise muso who looks like Hermann Nitsch's son, I'm veering towards the dosh.

Can't you do both?
But the debate about crypto does seem to be incredibly polarised between people who say "It's the future of everything, if you don't transfer all your material wealth into bitcoin by the end of the week you will be starving and living on the street in six months" and those who say "Duh it's obviously a completely made up farts-in-a-jar magic beans fad, within six months it will crash to nothing and disappear like it was never here taking anyone who was gullible enough to believe in it with them". I'm always suspicious of that kind of certainty.
But regarding your question I dunno, probably cos it reminds them of people like Musk that they love to hate.
M

IdleRich said:
But regarding your question I dunno, probably cos it reminds them of people like Musk that they love to hate.
Click to expand...

Oh good point, he is annoying as fuck.

Yeah, the 'have fun staying poor' memes are excruciating, but I get the impression the people doing those are a minority.
M

IdleRich said:
Can't you do both?
Click to expand...

No, I really don't want to listen to noise musicians who look like Hermann Nitsch's son.

lots of young lefties here are into crypto, but overall it seems lots of people associate it with the far right because (In theory) it's beyond government control and regulation. the stereotype of the white nationalist who declares himself a sovereign citizen and doesn't recognize federal law.

On the environmental stuff it is a triumph of exchange value and profit over the environment. At least with Bandcamp Friday you get music and musicians get money. And the scale is completely different.

But whatever, if people want to invest their money in crypto or Exxon Mobil shares or a horse at the grand national that is up to them. Just don’t pretend it’s anti-capitalism is all I ask.

Leo said:
lots of young lefties here are into crypto, but overall it seems lots of people associate it with the far right because (In theory) it's beyond government control and regulation.
Click to expand...

Yeah, I mean there serms to be a thing where laissez-faire "small government (except police and military)" types love it for the same reason that they used to be obsessed with the gold standard - a move to a medium of exchange that's independent of government control removes a major lever that Big Evil Government can pull to prevent the All Knowing Invisible Hand Of The Market from organising human affairs as efficiently as possible.

The environmental stuff is fucking horrifying, too, though.
S

I think the environmental stuff is short-term; any new technology is usually very expensive and inefficient at first, and is followed by decades of tinkering and improvements that lessen its negative impacts. Cars are still relatively deadly, but seatbelts, airbags, speed limits, traffic signals took down casualties by orders of magnitudes. Probably within 50-100 years, AI-assisted driving will bring those casualties down another order of magnitude. And the long-term systems of carbon credits getting rolled out on crypto show some promise.

Also, not to be that guy, but anyone here who is opposed to crypto on environmental grounds, and yet eats meat, especially beef, is a pot calling kettles black. Meat industry already contributes to climate change more than automobiles, more than Chinese factories, more than some hypothetical global adoption of Bitcoin as world currency
S

At a meta level, I wonder how you strike a balance between "this technology has X problems" and knowing that X problems usually dramatically decrease over time, because obviously complaints + consumer grievance over X problems are what partially lead to their being solved.

Let’s not think about X because of Y is always the mantra.

Apparently I was a hypocrite for taking action against apartheid as a teenager because I wasn’t also opposing every other shitty regime. And I was accused of being a hypocrite for supporting the smoking ban because I once drove a van for a living. 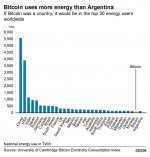 The number of people investing in crypto is increasing exponentially last time I checked.

But fortunately the daughter is having a vegan mate over to watch the match, so we can all sleep soundly tonight.
S

john eden said:
Let’s not think about X because of Y is always the mantra.

Apparently I was a hypocrite for taking action against apartheid as a teenager because I wasn’t also opposing every other shitty regime. And I was accused of being a hypocrite for supporting the smoking ban because I once drove a van for a living.

The number of people investing in crypto is increasing exponentially last time I checked.

But fortunately the daughter is having a vegan mate over to watch the match, so we can all sleep soundly tonight.
Click to expand...

Read up on actual environmental costs and forecasts instead of just posting flashy graphs and naively extrapolating from "people investing in crypto are increasing": 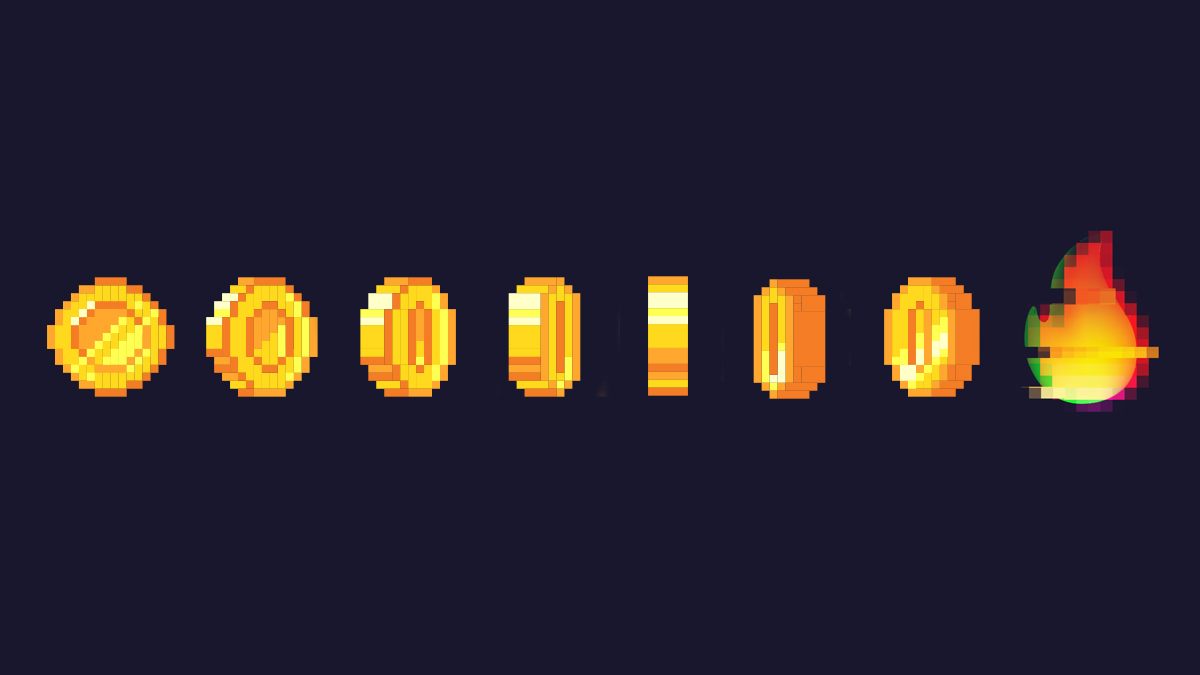 How Much Energy Does Bitcoin Actually Consume?

Today, Bitcoin consumes as much energy as a small country. This certainly sounds alarming — but the reality is a little more complicated. The author discusses several common misconceptions surrounding the Bitcoin sustainability debate, and ultimately argues that it’s up to the crypto community...

Detractors claim the bitcoin mining industry is enormously energy-intensive and damaging. Supporters contend that bitcoin’s Proof of Work public consensus mechanism, which facilitates the conversion of energy to hashes, is a work of unparalleled genius. So, who’s right?

The graph you posted says more about the "long tail" of tiny economies than it does about BTC's energy production, which is still less than 1% of global electricity use, let alone of carbon emissions (it is much, much less than 1% of emissions, and between 40-80% of BTC mining is carbon neutral, depending on audit).

It also says nothing about how much mining gold, or running a traditional banking system costs by comparison—which is obviously critical to any kind of analysis of crypto. (Imagine pointing out that mobile homes cost $X without comparing that price side-by-side with a traditional house's price.)

An analysis by Simone Brunozzi, Operating Partner at tech investment firm Cota Capital, suggests that gold-mining is 50 times more expensive than mining bitcoins and running the bitcoin network. Producing gold for the wedding band on your finger alone generates 20 tons of waste.
Click to expand...

It's not about calling people hypocrites, it's about pointing out that we scapegoat outgroupers for behavior in which we are equally culpable.
S

The real trend, in my mind, that the left's anti-crypto sentiment comes from/participates in, is an outgroup distaste for Silicon Valley and "tech bros"—which has become a kind of casual slur. This distaste runs deep; the amount of vitriol and dripping hate I've seen come from progressives' mouths, over relatively benign shit—"White techbros think they're innovating when they're just reinventing hotels, taxis, and FM radio but on an app." 1) If the services are being widespread, voluntarily adopted, they're probably adding value 2) More importantly, why do you (not John, but the hypothetical decrier) care? Is it simple money envy, or something more complicated?

(And yet, if we are going to have a chance against climate change, it's not gonna happen because lefties dutifully composted from their Bushwick apartments. It's gonna happen because of technological advances. "We are already Gods; we may as well get good at it"—and we are, already, getting good at it; the last five years have produced a ton of promising leads in combating global warming.)

It's all part of a larger conformist-luddite attitude, anti-nuclear pseudo-hippies who think their polemics against "The Man" or "white men" are brave acts of rebellion rather than herd behavior—a bizarre aggression towards anyone who steps outside of the lines. America was a pioneer culture that became a nostalgia culture; Silicon Valley—for all its (very real, obnoxious) grifters, fakes, and hacks, is the only bastion of pioneer culture left here, and perhaps the only force keeping the States out of pure decadence, in-fighting, and decay.
S

As someone not even invested in crypto, i.e. not a shill with a stake in the game—thank the lord we're still trying new systems, experimenting with new ways of organizing and governing, new ways of exchanging value and forming contracts among ourselves.
S

My only real political stance is experiment, experiment, experiment. Human beings are complex, and idealistic top-down interventions have a bad habit of failing to the tune of ten million lives. Let people bottom-up adopt and tinker with, slowly scale up, new systems. States as the laboratory of democracy, as they say in US Gov textbooks—which, incidentally, is why gay marriage, and soon cannabis, got any political traction here to begin with.
S

Well I would like to abolish money completely so I dunno how culpable that makes me for gold mining. I agree that looking at this stuff systemically rather than getting into individual morality is the only way to go though.

And I will try and look at those links so thanks for posting them.

But it seems to me that global energy use is increasing overall. Bitcoin mining is not a solution to that, even if the class of people profiting from it irrationally decide to plough their resources into saving the planet. Which they won’t, they will buy more Bitcoin or invest in other things that are profitable that also destroy the planet.

So asking questions now, before it all becomes as normal as air travel or industrial farming of beef, seems ok.

I think you are right though, @suspended, about the binaries around this - true believers vs total opposition.