Socrates is a fat nerd!! Haha!

Socrates as a boy 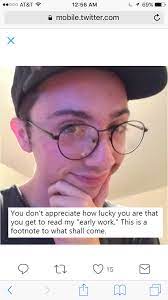 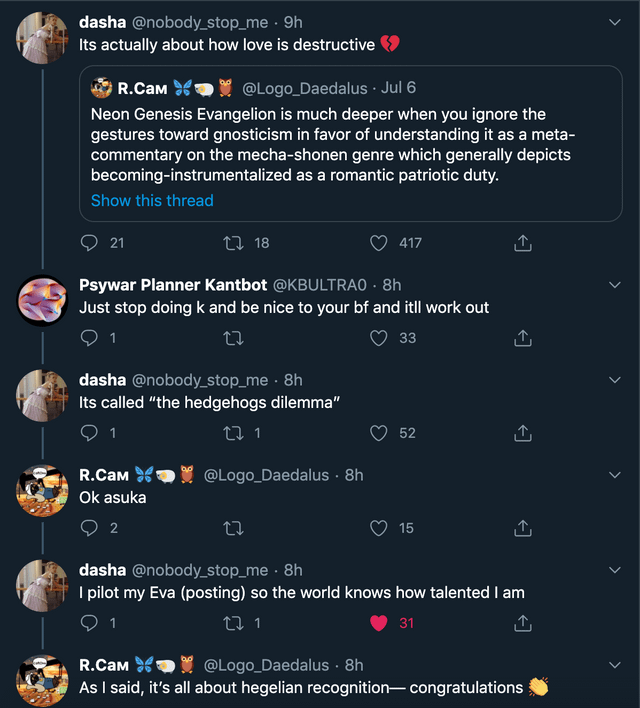 dasha is right in this case

WashYourHands said:
he could talk to animals?

Anyone can talk to animals, what made Iain special was that they could understand him and psychically reply.

As for Thule - I honestly don't know, but he was big into Atlantis.

I really got to know him well after he lost his job, at least partly due to mocking this fat virgin he worked with by constantly calling him a fat virgin. As he was clearing his desk and walking the walk of shame this guy - perhaps not unreasonably - began taunting him in turn, with the result that Iain's final act at that job was punching this guy really hard in the stomach as he left.

At that point we were all living a slightly chaotic life; my flatmate had lost his key to the front door but, on realising that he could get in to the flat through his window by climbing up via a couple of balconies on the floors below - as long as he dodged the angry neighbours - he simply never bothered to get a new key. This proved our undoing in that Iain was also able to gain ingress in this manner and decided he now lived with us and slept on the living room floor.

We were all keen for him to either get help, or else get a job as he was now living entirely off us. When anyone raised the issue that all was perhaps not quite as it should be he would listen carefully and thoughtfully, nodding along as though in full agreement right up to the point where, with relief, his interlocutor would say "So, that's all settled then, tomorrow we'll go along to the doctor together" and then the whole thing would be disappointingly undercut by his announcing "No I don't need to see any doctor, I'm a fucking jedi".

So, that left getting a job, something he was totally willing to do, but which was often made unnecessarily hard by his insistence on "ensuring I perform my best" which was apparently accomplished by getting stinking drunk before entering the room for any interview we somehow managed to blag for him.

Then to our amazement he suddenly announced he had replied to a newspaper ad and got a job in a hotel somewhere. Selling some of the thousands of records he had cluttering up our flat and those of a few other people, he bought some sort of one-way ticket and disappeared...

I was a little concerned at this point, I had no idea if there even was a job, and if it did exist, I wasn't sure he would be able to get there, find it etc And I was pretty fucking sure that, if, by some miracle he managed all of the above and started working at this hotel, then the job would last precisely as long as it took him to tell his employer that his evil cunt wife was trying to brainwash him and the only solution was for Iain to provide the orgasm machine gun to her while licking her feet.

And alas, so it proved - or something like. I spent ages trying to track down this hotel, contacting his sister who was looking after his books and doing a bit of detective work with a couple of other worried friends. I forget the details but I think we narrowed it down to a region and then phoned every possible place. I knew I had the right one when the guy who answered totally exploded at the mention of his name and started shouting down the phone at me. Never found out what happened but it seemed clear that - whatever the reason - he had indeed been there but was no longer in their employ.

I was looking for him for a while, phoned his dad but he didn't give a fuck... trail went cold, in fact it had all gone pretty quiet on the Iain front until one day there was a noise at the window and who should climb in?

Pete was living in that bedroom at that time I think and when he realised who was climbing in his face was the most expressive of pissed-offness I have ever ever seen. I was kinda relieved but at the same time not hugely enthused by the prospect of an insane alcoholic fuckwit sleeping on our floor, demanding constant entertainment and so on...

Also he was less coherent than ever, I never found out what happened at the hotel, I did discover that he had been to Lanzarotte somehow where he had become heavily involved in a battle for supremacy involving dogs, cats, women, brainwashed zombies and templar knights.

And now he was back with us. But somehow we managed to impress on his dad and stepmum that he did need serious help and reluctantly they did come and visit and somehow persuaded him to stay with them. Didn't work out that well cos he started thinking that they were trying to lobotomise him and so he ran away, swimming a canal and hiding in a wood, his only friends the woodland animals who would warn him when a plane - which could only be part of the search for him - was flying overhead, giving him time to dive for cover. He managed to stave off hunger for a while by stealing from service stations and such but ultimately gave in and emerged, was located by his family and was finally sectioned.

In hospital they forcibly jabbed him with some sedatives and antipsychotics I guess. After a few months they decided to give him a flat in Chester and a mental disability allowance. Total benefits trap, despite knowing literally noone there he couldn't leave Chester where he was somehow registered due to being born there, or his dad living nearby or something. If he got a job his allowance would be cancelled and as, at that stage, there was no way he could do anything beyond a few evenings in a bar or a shop maybe, there was no point in getting a job - however good it would be for him - cos it would leave him much poorer.

So his world became one of waiting for his benefits to appear, then taking the whole lot to the head shop and spaffing it on the strongest legal psychedelics available so he could be bombed out of his head for as long as possible... ideally till the next payment arrived. Actually, to be fair, sometimes, for the sake of variety, he would spend the money on prostitutes, licking their feet for as long as he could afford.

This lifestyle of course left him vulnerable to accusations of attacking women as above, and also to anyone else who wanted to take advantage. I would go and visit when I could scrape the money together, and also we would talk by email - at one point he began to bang on about this mystical homeless heroin addict he had met called Moebius. From what I could gather he had met a sidekick, or a partner in crime let's say, someone with whom he could endlessly and harmlessly chew the fat about how Newton had collaborated with aliens to build the pyramids in the shape of a four dimensional idealised foot which had inspired James Brown's career... and so on.

He kept going on about what a lovely bloke he was, but next time I went to Chester he greeted me by saying "Oh by the way, we can't watch telly at my house cos Moebius nicked it" and I realised there was something darker going on. It turned out that he had basically moved in to Iain's flat but for some reason a few of the other residents weren't happy with a manipulative thieving junkie having a key to their building and so they had put paid to that and Moebius had duly slunk off into the aether with the video and telly....

All geriatric, unable and unwilling to keep up.
D

Ready for the glue factory.

They shoot wild horses, don't they?

Version has a problem with that, I am willing to say. I think the onus is on the poster to mean what they post, and to leave the content transparent if revised, but I acknowledge that not everyone feels that way and that I may be taking things too seriously.

Primarily an experimentation and training in public thinking, public stream of consciousness even, one that should maximally withstand the ebbs and flows of fashion and ethics, sans redaction.

couldt agree more. i think deletion should be illegal. its for cowards and neurotics only.

But I would argue, and maybe you would still agree, that the way out thought has been segregated from our communication - namely how we have reserved the right to be more unsavory in thought than in expression - does not stand the tests our new technological society, and that those who can not only speak savory but also think savory are culturally-evolutionarily favored.

Clinamenic said:
those who can not only speak savory but also think savory are culturally-evolutionarily favored.
Click to expand...

Without faking it, that is. That is the critical point.

As opposed to preserving the distinction between what you believe and how you present. I would rather evaluate and edit the former than the latter, and then be maximally transparent about what I believe.

This does seem to go against the trends of being loyal to beliefs. I think one's beliefs should adapt.

adapt to what though?

Clinamenic said:
Without faking it, that is. That is the critical point.
Click to expand...

luka said:
adapt to what though?
Click to expand...

Hearing new stories and processing new information that impact or challenge your beliefs.