Detectives - the dominant characters of the 20th Century Discuss

IdleRich said:
I don't know how tight either...

But, if the mystery solving experience is so universal or relatable or whatever, for me it kinda raises the question of why it took so long for them to take off. Surely the problem of trying to figure out who killed and ate the village cow while everyone was asleep last night is as old as villages themselves.
Click to expand...

I mean universal to us, I'm not sure it would have the same pull back then because of the things Catalog mentioned re: the Enlightenment.

It's got me wondering though. What was the first murder mystery? The "first murder" is Cain, right? There's no mystery there though as the story's just him killing Abel. There's no need to work out who it was. Also, there are stories of murder prior to Christianity, e.g. the Osiris myth.
V

IdleRich said:
Can we identify any trends or types etc in detective novels? It's slightly tricky cos it is such a huge field, you have to pull apart the strands and then identify trends within those types.

I would certainly say as I did anove that the infallible logic machines - Holmes, Dupont, Poirot - became less popular over time and those that remained became less infallible. But what else,
Click to expand...

There's the hopeless detective who blunders around and the maverick who sometimes behaves like a criminal.

These are Father Knox’s rules

version said:
committed mean universal to us, I'm not sure it would have the same pull back then because of the things Catalog mentioned re: the Enlightenment.
Click to expand...

I'm not disagreeing though. Cos surely all through history there were crimes committed and people wanting to know who it was that had committed them. But maybe that sort of thing was part of a story rather than the main focus.

When did genre fiction in general start to exist?
If Princess of Cleves is often seen as the start of the novel, then when did you start getting detective, horror, chick-lit and so on? Would be interesting to see a chart of that development. Though it would obviously involve a lot of fudging and arguing about what counted as which genre etc


version said:
It's got me wondering though. What was the first murder mystery? The "first murder" is Cain, right? There's no mystery there though as the story's just him killing Abel. There's no need to work out who it was. Also, there are stories of murder prior to Christianity, e.g. the Osiris myth.
Click to expand...

There's no mystery for the reader, but then Columbo is the same isn't it? I mean there is a whole type of detective fiction where the viewer/reader knows what happened but we still watch the detective solve it.

So, when God asks Cain where Abel is and Abel famously replies "Am I my brother's keeper?" arguably God is at least momentarily mystified - surprisingly so considering he is supposed to omnipresent and all-knowing etc - but when he realises that murder has been committed, credit where credit's due, God does get it wrapped up fairly quickly. Though seeing as there are only three living humans in existence at this point even Lestrade would have probably been able to solve this without calling in Holmes.
V

God playing detective when Cain murders Abel would back up the universal argument then.

Though then again... after bring convicted

And Cain went out from the Lord's presence and dwelled in the land of Nod east of Eden. And Cain knew his wife and she conceived and bore Enoch. Then he became the builder of a city and he called the name of the city like his son's name, Enoch.
Click to expand...

Who the fuck is this wife? God made Adam and then made his rib into Eve, then Adam did know her and she gave birth to Cain and Abel, Cain killed Abel... and then married a mysterious woman out of nowhere? Something smells funny here, they closed the book way too soon on this one, it looks like there was some kind of cover up.
Digging a bit deeper, the prosecution's case was weak

Listen! your brother's blood cries out to me from the soil
Click to expand...

Powerful oratory from the prosecutor (God) disguised the lack of hard evidence and may have swayed the judge (also God). We had no witness, there was no forensic evidence and the presence of this woman was hushed up. I think the conviction was unsafe.

version said:
There's the hopeless detective who blunders around and the maverick who sometimes behaves like a criminal.
Click to expand...

Peter Falk's "Columbo", seems like a flaky bumbler but actually super observant and smart as a tack.

Perhaps that's why they didn't push for the death penalty, even though we know that this judge tended to be strongly in favour of that.
V

The accidental detective's another type, the ordinary person who stumbles onto then attempts to solve a mystery.

version said:
God playing detective when Cain murders Abel would back up the universal argument then.
Click to expand...

This would explain why the detective doesn't really become a thing until after God dies. There was no need for us to play detective whilst God was doing it.

If you wanted to stretch the whole thing even further, you could probably characterise a decent chunk of thought as attempting to solve God's murder.

version said:
The accidental detective's another type, the ordinary person who stumbles onto then attempts to solve a mystery.
Click to expand...

Jessica Fletcher accidentally stumbles on to a murder every week. I've often thought it would be great if someone wrote a book in which it turned out Miss Marple or JB Fletcher or someone was actually a psychopath who murdered hundreds of people and then constructed brilliant traps to prove the guilt of an innocent bystander.
V

IdleRich said:
I'm not sure what they are to be honest. I suspect that one can instinctively tell when one has been violated though.
I remember a murder mystery in which there were, say, ten people at a dinner in a restaurant and one of the party was murdered. The book centred on interviews and investigations of the nine who remained... and then on the last page it revealed that the murderer was an enemy bearing a grudge who was sitting on the nearest table and who had not been mentioned up to that point. Any reader who made it that far is certain to groan with disappointment.
Click to expand...

Yeah, you can't do this. It's bad writing. Everything has to be present in the story for it to work. You can't just pull something out of the bag at the last minute.

version said:
Yeah, you can't do this. It's bad writing. Everything has to be present in the story for it to work. You can't just pull something out of the bag at the last minute
Click to expand...

It seems that that is Knox's first rule.
One thing he doesn't mention is that the author can't lie to the reader. I remember reading - I think it was - The Long Firm by Jake Arnott and there is a bit where Dave fights Bill and it tells you that Dave killed Bill... but later on it said "actually Bill killed Dave and pretended to be him from then on" - and I found that very frustrating cos it was a lie... it didn't trick you into thinking that or imply it or allow you to assume, it simply told you that was what had happened and then changed it later.

version said:
God playing detective when Cain murders Abel would back up the universal argument then.
Click to expand...

Bit of a cheat really, what with the whole omniscience thing.
V

In his new book, perhaps the most cogent expression of his mature thought, Jean Baudrillard turns detective in order to investigate a crime which he hopes may yet be solved: the “murder” of reality. To solve the crime would be to unravel the social and technological processes by which reality has quite simply vanished under the deadly glare of media “real time.” 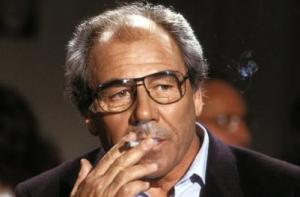 I found this interesting in Georges Simenon's Wikipedia article

1942 was the year his novel La Veuve Couderc was published at around the same time as Camus' The Stranger. Both novels contain a similar main character and themes, and Simenon was upset that Camus' work went on to greater acclaim.
Click to expand...

As far as I know Agatha Christie never ventured outside the detective story to create something which bore comparison to the work of contemporary philosophers.
V

This thread's prompted me to start my copy of The Ruined Map,

"A private detective is hired to find a missing person, but nothing is normal about this case. Why has the beautiful, alcoholic wife of the vanished salesman waited over half a year to search for him? Why are the only clues a photo and a matchbox? As the investigator's ever-more puzzling hunt takes him into the labyrinthine depths of the urban underworld, he begins to wonder if it is in fact he who is lost. An intoxicating blend of noir thriller and surreal dream, The Ruined Map questions identity itself."

I don't know what that is, sounds intriguing.
I'm thinking of a list of detective things I would call avant-garde or experimental, feel free to add to this list.

What else? There must be loads out there.
V

IdleRich said:
I don't know what that is, sounds intriguing.
Click to expand...