Someone was saying the other day that Abe has to be up there as one of the most successful political assassinations as the bloke not only killed his target but also achieved his wider aim of exposing the links between Japanese politics and the Moonies and even managed to generate public sympathy after explaining his motives.

When you talked about Abe's assassination I completely thought that you were talking about Abraham Lincoln... by the bottom I was going, fucking hell, I never knew that he was linked to the Moonies, I mean I really had no idea at all, but Versh is saying it like it's common knowledge... does everyone know except me? How did I miss out on this?

He headed the Ra’s internal investigation unit, ie a sanctioned headcase knocking squad seeking out and killing supposed informers. Problem with Freddie was his status as the British govt’s highest placed provo asset (made public anyway). The perverse outcomes of such an asset also mean he must have killed plenty of official British assets who’d infiltrated the Ra’s ranks as a means to protect his own position and influence, which MI5 would’ve been all over too

There’s been plenty of literature on The Troubles in recent years but the story that stinks the most are the actions (and the inherent meaning) of this cunt’s long, drawn out arc. He never got so much as scratch and is still a free man. Clearly still has friends in high places 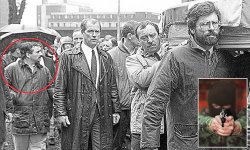 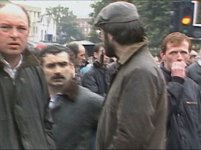 The original assassins are supposed to be the order created by Hassan I-Sabah. There are various associated stories, saying that they used to get fucked up on hashish and that that was were the term assassin came from, and I guess we have all heard the myth/legend about how he drugged 'em, told them they were dead and kept them in a kind of "paradise" in the form of a lush walled garden where they spent their days in luxury consuming as much as they liked of wine, sweetmeats and women etc Hassan would then send them out to kill people every now and again, totally unafraid as they knew they were already dead and that the worst thing that could happen was that they ended up sent back to paradise.
Which is of course a fantastic story (I actually wish someone would drug me and try their very hardest to trick me into believing that I was in paradise - doing their best to make it as convincing as possible by satisfying whatever whims I happened to have as completely as they possibly could) but I think it's generally accepted that it's not true, although whether it's completely made up out of thin air, or if it is an exaggeration of something that kinda sorta almost happened, I dunno.

Anyway, I read a book once about Omar Khayyam (mathematician and poet as I'm sure you all know) who lived at the same time as Hassan I-Sabah and in that book it suggested that the assassins were so successful co they were unafraid to die. I have to say I find it hard to believe that there had never been fanatics who were prepared to die for their cause before - maybe the point was that in that culture, at that time, it was totally unknown. And so, that book contended, a leader or whatever might have loads of guards around him and it was clear that if someone were to attack the main man, then the guards would pile in and kill the attacker, and this was such a deterrent for would-be murderers that people who were surrounded by guards in this manner were deemed protected - probably they didn't even search people who might be granted an audience or who were seeking to petition him for some reason. Of course this set up was completely ineffective against people who were prepared to die for their cause, and so an assassin merely had to had to conceal a knife up their sleeve, find some reason to be allowed near the king and then they could pretty much rely on getting one free stab in before the guards reacted. And it was willingness to do this that made Hassan I-Sabah's special dedicated group so effective and, as a result of that, so feared. And cos they were so feared - with people who had been seen as protected by an impervious ring of steel being killed - the stories and exaggerations of their prowess grew particularly quickly.

As I recall though, the book didn't really explain how he engendered such loyalty in a small elite group of his followers. It seems to me that other rulers were unable to inspire such fanaticism and had concluded that most people were not dumb enough to kill themselves on order and that finding such people was so unlikely that they did not need to be defended against. And so to me the question that needs answering is "how did he program so many people to be like this when no-one else could do it?"
V


william_kent said:
Some of the stories in 1001 Nights may have been variations on the legend of the Old Man of The Mountains, Hassan-i-Sabbah, and his "garden of paradise" where he allegedly placed drugged youth to trick them into killing on command on the promise that one day they would return there

from The Old Man of the Mountain by C E Nowell
Click to expand...

Didn’t Saladin wake up to a knife by his bed via Hasan’s successor, Sinan? Heard it articulated that Saladin thought his personal bodyguard safe but when challenged it turned out they too were loyal to the old man of the mountain
V

One for 'Pictures of Politicians' too. 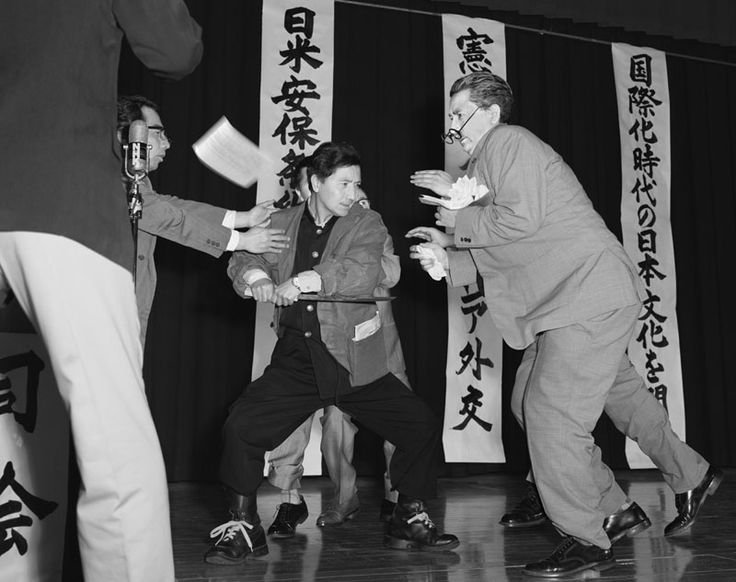 I was hugely disappointed that Liz Truss hasn't been been under deep cover all these years, secretly maintaining her teenaged anti-monarchy position, pretending to be an arch Tory just so she could be in the same room as the Queen, only to pounce and rip her majesty's throat open... 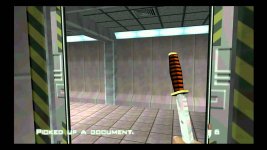 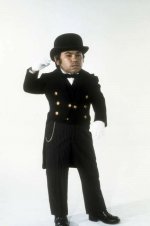 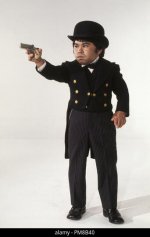 My name is Scaramanga. Francisco Scaramanga. I feel I know you, although I never thought we should ever really meet. It’s a very great pleasure for me, Mr. Bond, thanks to Miss Anders

Francisco Scaramanga: homoromantic pansexual Canon says he’s a closeted gay, but I think that the movie version (at least) is more or less self-aware and still is attracted to women. Pan because he seems more attracted to the idea of Bond being an equal than a (hot) man.
Click to expand... 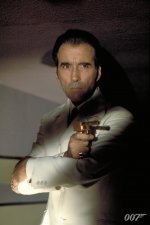 Come, come, Mr. Bond. You disappoint me. You get just as much fulfillment out of dripped-out politicians as I do.

Apparently this is a real quote from The Man With the Golden Gun. I must have forgotten it.

Francisco Scaramanga : You see, Mr. Bond, I always thought I loved animals. Then I discovered that I enjoyed killing people even more.

No Mr. Bond, I expect you to drip!

See how shit an English Bond is, Sean would just shoot Naomi in the face when she winks, Caroline Munro beauty of the ages tho

WashYourHands said:
My name is Scaramanga. Francisco Scaramanga. I feel I know you, although I never thought we should ever really meet. It’s a very great pleasure for me, Mr. Bond, thanks to Miss Anders

That is without doubt the most hilariously wimpy-looking and generally crap gun in cinematic history. It looks like it would shoot a little plastic pellet, at a velocity that probably wouldn't even seriously endanger your sight if it hit you directly in the eye, with a pathetic "pew" sound.

So... yet another thread which could end up being about Liz Truss. If we assume that she somehow assassinated the queen. Which she definitely did. The main question for me at this point is, how did she do it? Have they released details of how she died yet? For example was she irradiated with polonium or what?

If Truss was like the true assassins mentioned above ie prepared to die in the attempt, then it would probably not have been too difficult. The Queen looks fairly frail and weak, I reckon Truss could take her down. Imagine if you were a security guard or whatever at the palace and you walked into that room to see Truss and her madge locked in battle, Truss's hands tightly fixed around the scrawny neck, trying to squeeze the lizard life out of her. You'd definitely be a bit surprised, maybe even do a bit of a double-take.
You must log in or register to reply here.
Share:
Facebook Twitter Reddit Pinterest Tumblr WhatsApp Email Share Link
Top