Ive watched 4 films by Gerard Butler in the past week

in the literal sense of the word, the most fascist modern movie Ive ever seen. The third act is a tournament style battle royale where the spartans fight every type of brown person in the world in succession. It starts out with arabs and then out roll the samurais. after they are defeated the narrator goes 'and then xerses went to an even more horrible part of the world for his warriors' and we see a bunch of african dudes come out wearing bone armor. after those guys are defeated we see a krishna women come dancing along and a gang of indan guys riding an elephant.

fun thing about the movie that you may not expect is that the spartans love logic. They say 'reason' 500 times in this movie. Before the famous 'this is sparta' scene, the main spartan warns 'watch out persian, you are entering the free market place of ideas'
Last edited: Sep 26, 2022

this movie starts with a gang of criminals robbing a car outside a donut shop. it goes horribly wrong, some of them die, and then the next scene they go 'ok time to rob the federal reserve.' in between are a bunch of scenes where gerard butler, the main police officer, crashes 4 parties in succession to ruin the vibe, all seemingly unrelated to any police work. then the bad guys do another heist and the movie ends

in the midst of all the scenes of gerard butler party crashing in a series of tough guy one upsmanship is an amazing moment when the main villain comes home to find his girlfriend fucking gerald butler and the two exchange a silent tough guy look as butler gathers his things and leaves
Last edited: Sep 26, 2022

a romcom about an ex secret service agent who must win back the presidents approval and get his groove back by killing all of north korea. amazing scene when its revealed that north korea is invading where we get a series of increasingly sinister shots of all korean pedestrians in the area pulling out guns. the best violence in any of these movies
Last edited: Sep 26, 2022

this ones interesting in that it completely fails to generate any sympathy for the people trying to stop gerad butler's character- the bad guy who after the justice system fails to properly prosecute the murderers of his family plans a series of boobie traps to kill the entirety of the philedelphia justice system. feels truly bad when at the win the good guys win and stop butler from blowing up the mayor and you wonder if the movies morality has dated or if its a fault of the story telling, likely a bit of both
R

Ive seen all of these and want to know where the the praise for GB as a modern john Wayne type is in the film world.

Meat headed pillock, he should be barred from ever re-entering Scotland again

A shit Mel Gibson essentially, just not as vocal about “The Jews” during failed dui traffic stop tests. He follows Celtic FC so he can’t be the completely uncivilised wretch he projects (23!) 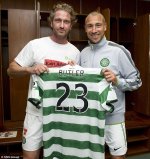 WashYourHands said:
Meat headed pillock, he should be barred from ever re-entering Scotland again

A shit Mel Gibson essentially, just not as vocal about “The Jews” during failed dui traffic stop tests. He follows Celtic FC so he can’t be the completely uncivilised wretch he projects (23!)

@linebaugh continue by all means but there are hidden costs re ongoing exposure with this mundane medium
Click to expand...

Hes very bad at hiding his accent aswell so you get clear scottish excellence in every film. 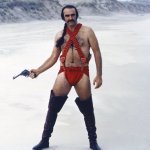 Weirdly unmemorable and uncharismatic actor - I saw loads of films with him and still totally forgot he existed. Every time I saw a new film with him I would be like "who is this guy?" and then I'd look it up and be all oh yeah forgot about that guy. Seems to have done pretty well considering he is a plain looking guy with no personality. Not sure how to explain it really, he must have something.

Anyone seen that one where he is a retired football player with a champions league medal struggling to make ends meet in the US?

same film as the first one but there's some real moments in here. It begins with a US drone strike failing to kill an international terrorist and instead a party of civilians. Years later, the terrorists plot a revenge attack in london which manages to kill every president of countries americans might care about but also not so big so as to alienate a large foreign audience- so goodbye England, France, Germany, Canada, and Japan.

Gerard Butler and the US president are now trapped in a london in which every police officer is actually an under cover arab terrorist. think escape from new york. This time even the president racks up a body count and Gerard Butler tells arab man to go back to 'Fuckheadistan.' They escape.

The movie ends with what is surely the only heroic drone strike ever put to film. Morgan Freeman, the vice president, delivers a one liner over telephone before the terrorist finds death from above. Notice this is the films way of righting the wrong of the opening scene in which they erroneously droned a 13-and-under girls soccer team. Morgan Freedman delivers these closing remarks to the public which I will quote directly:

There are those who will say that this would never have happened is we mind our own business. Nothing could be farther from the truth. Frankly, we live in a dangerous world and we have few good options. But the worst option is to do nothing. And finally, we owe it to our children and to their children to engage in the world
Click to expand...

Classic! As if it's not enough to literally kill him, he also mercilessly destroys his evil terrorist soul with this brutal putdown. It's very clever so I'll explain the joke to those who may not have grasped it immediately due to the (no doubt) white hot excitement of the moment; "Fuckheadistan" is not just a fancy way of calling someone a fuckhead - though it certainly is that, nice one Gerard! - but it also cunningly refers to the countries from which this Arab fellow may well have originated such as Pakist.. er, Uzbe... well.. one of various countries round there which are teemimg with Muslims who hate our freedoms and want us dead.

Poll for @version: Olympus Has Fallen vs. White House Down
V

Ashamed to admit I haven't seen either.

dont worry ive never even heard of either
V

This is an insane Butler film.