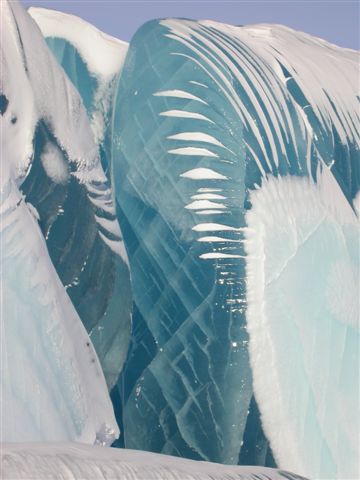 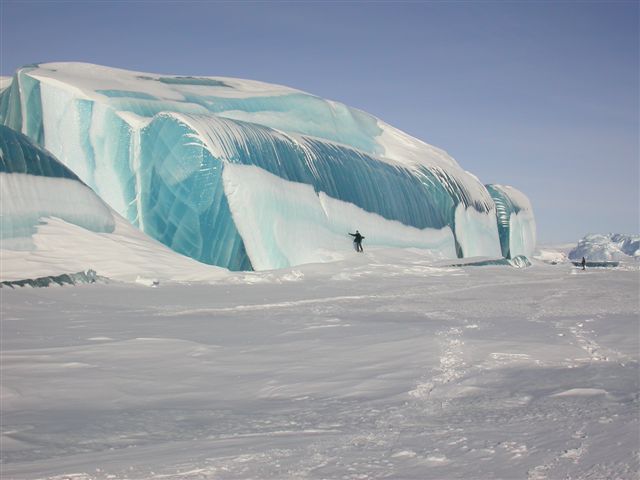 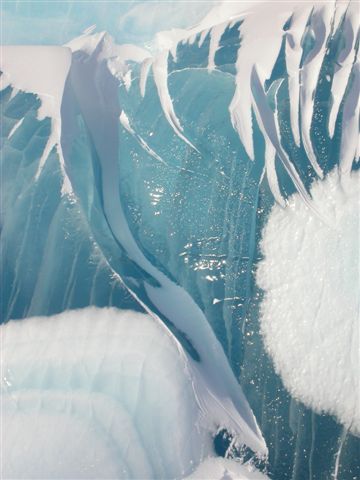 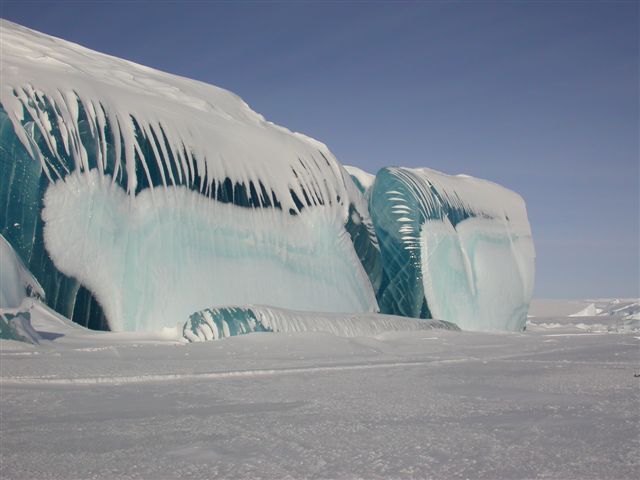 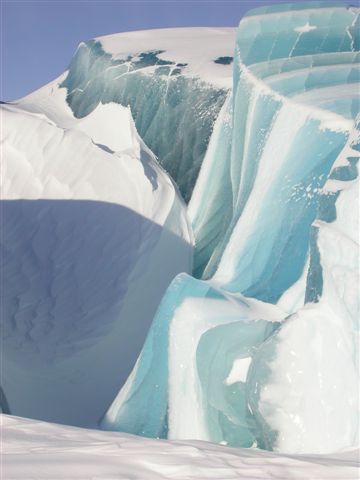 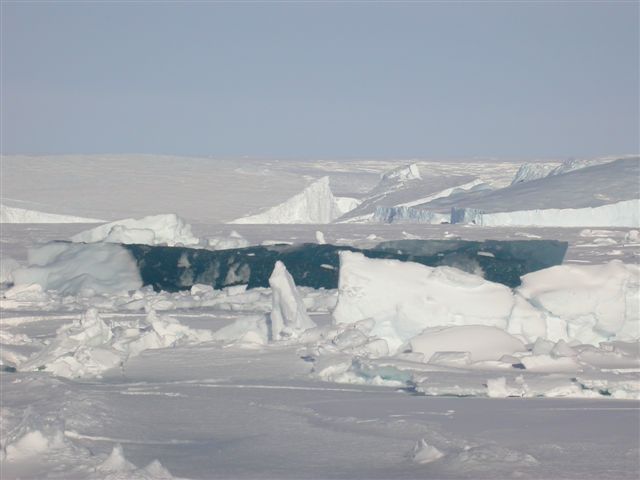 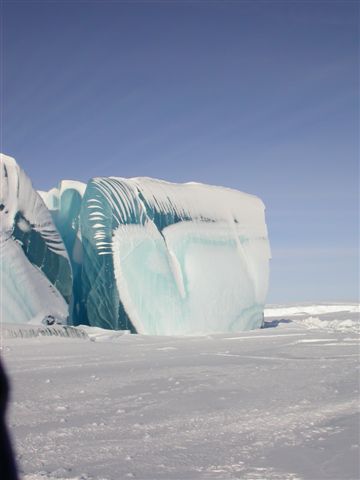 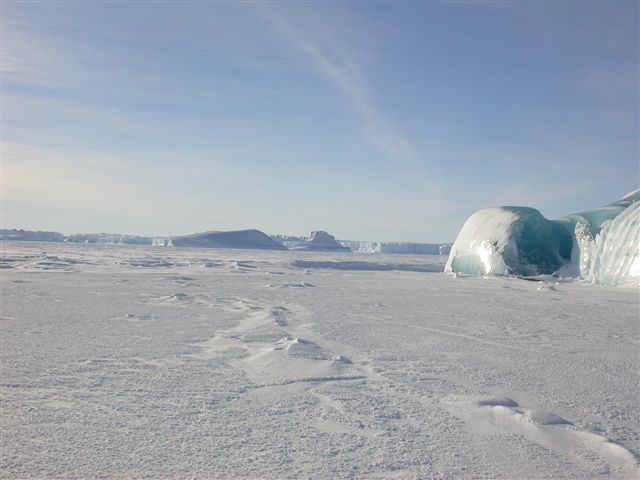 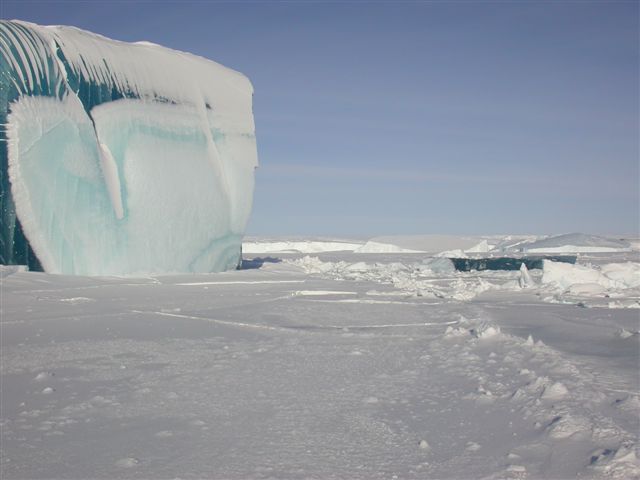 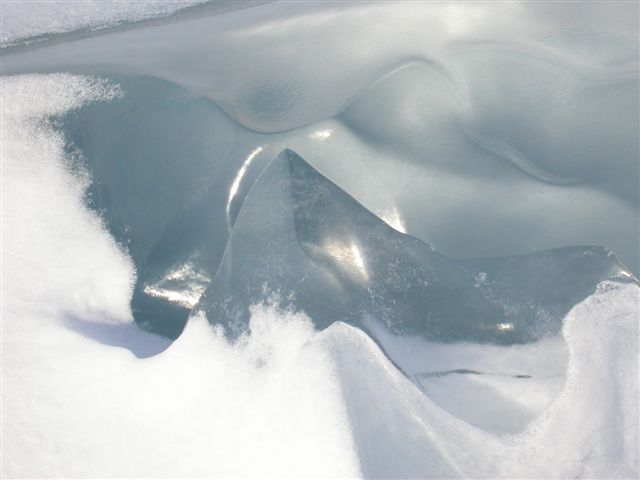 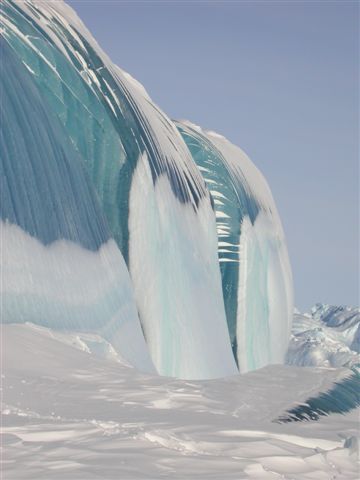 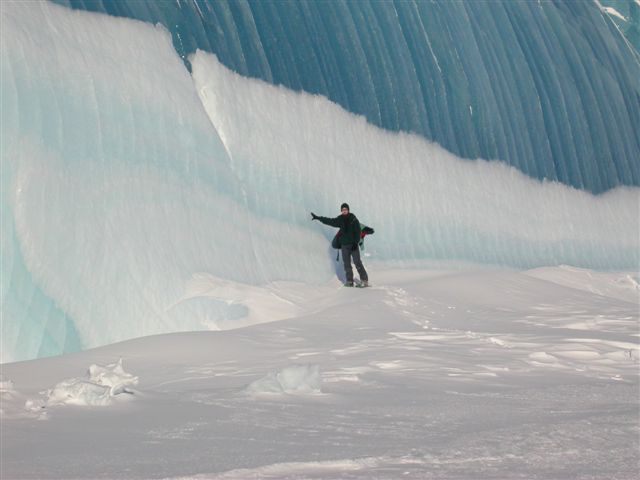 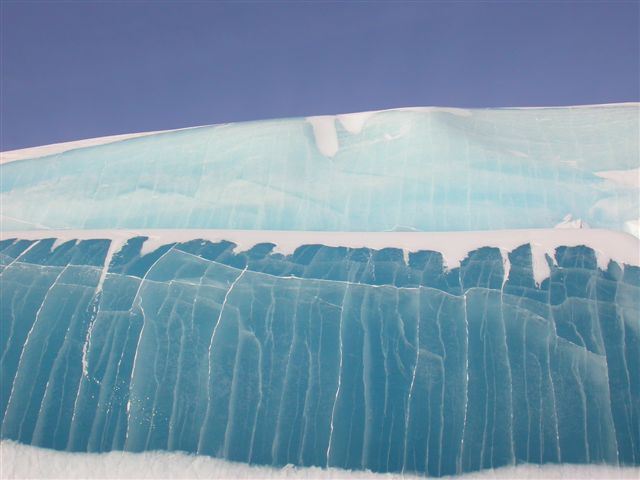 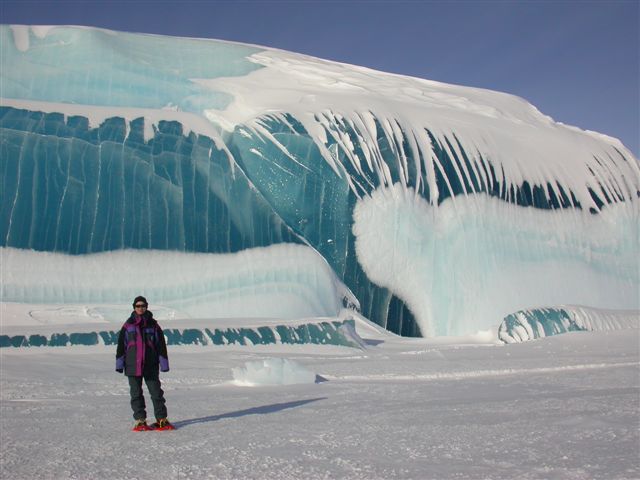 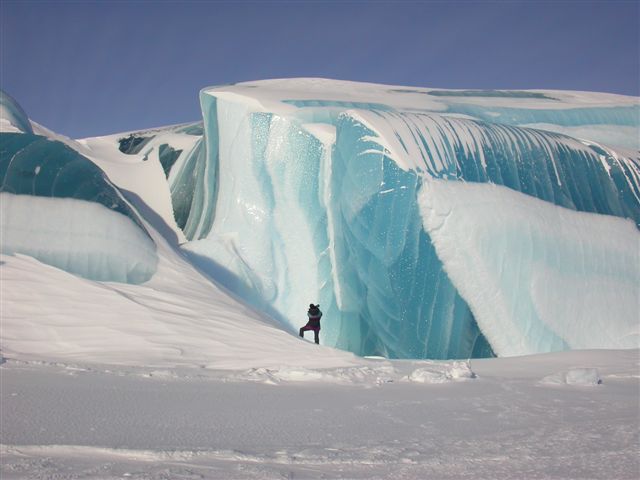 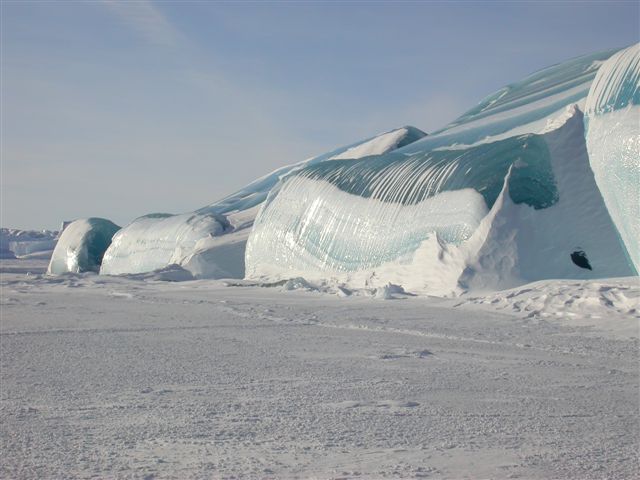 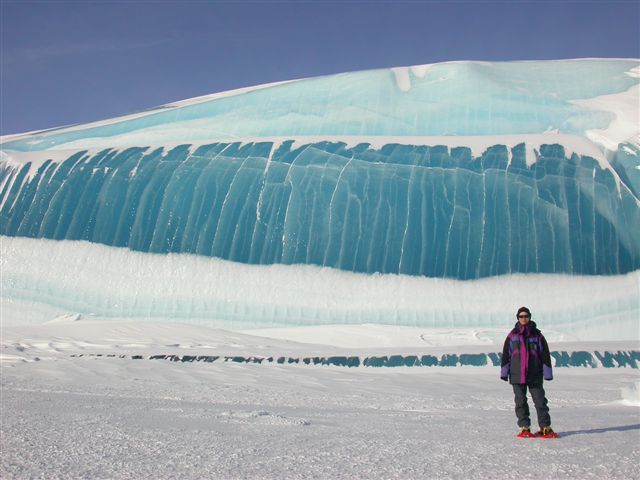 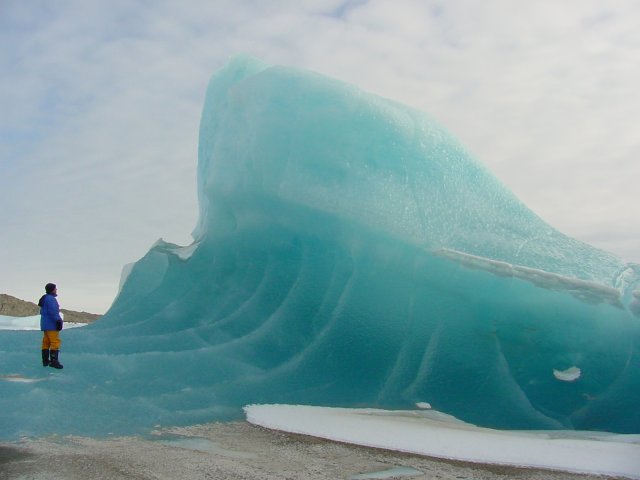 That video contains 300% of your RDA of awesome.
D

Interesting that wave looks very solid and powerful but nothing like the size of some of the Hawaian waves.

oliver craner said:
To get back to Laird's Tahiti wave. I'm transfixed by it. As was everyone when the photos came out. I think every surf rag that month ran the pictures. One cover simply ran a photo with the headline: "Oh. My. God."

Greg Noll in the film, who calls Laird the greatest big wave surfer ever, when, really, he is, said "I saw it and said, no way, that shit's impossible"

Because it's a freak wave. It's not meant to be surfed. If you're fit enough, and surfing Waimea 20 ft +, you can generally survive if you wipe out. Mavericks too, but that's harder, because of the jagged rocks and the cliff face that the gigantic waves run into. Mark Foo died there, remember.

But the Tahiti break, at that size, is a killer. Fall off, you die. However massive you are, your bones break like twigs. A lot of surfers have died there.

It took a while for Laird to recover. There's footage of him sitting on the jet ski after that wave, in tears. Apparently, for weeks after, he talked in an edgy 'anger management' style whisper.

Then he surfed 40 ft jaws again, and he was alright.

Laird Hamilton is fucking bananas! Gotta love him, though! What a weird life!

I realise I'm talking to myself here, by the way.
Click to expand...

And thus does history repeat itself. (the 'talking to myself', that is)

Anyway this post is what my ??? above was all about.

Its all to do with the break innit? Meaning there's something particularly dangerous about this one that makes a wave dangerous. But what???

Give me a few more days and I'll be back with the answer.

I could run with with this auto-response and start flattering myself outrageously. Or construct elaborate arguments and ultimately win with a brilliant combination of know-how and wit.

The pleasure of self-pleasure!

The suggestion on Riding Giants was that the entire Pacific Ocean is behind that wave (that's why it's so dark and blue), and all that mass is moving fast, so fast and close that his right hand is touching the wave for balance, rather than his left, which you'd expect.
D

HMGovt said:
The suggestion on Riding Giants was that the entire Pacific Ocean is behind that wave (that's why it's so dark and blue), and all that mass is moving fast, so fast and close that his right hand is touching the wave for balance, rather than his left, which you'd expect.
Click to expand...

Hmm, all of what you say makes sense until you try and think just exactly what it means. 'The entire Pacific Ocean is behind that wave': So too the Haiwaian waves build their size and strength by being able to travel vast distances unimpeded across the Pacific. And are you sure about that right hand as balance? One it doesn't actually look like he is touching the wave with it. And two, think about the mechanics of travelling down/across a wave.The wave is travelling forward, and you with it. How would using your trailing right hand to touch the wave - effectively corkscrewing your body in a clockwise motion back and around into the wave - help you. I can't picture it.

Anyway its all by the by. The wave looks deep, blue and powerful. Theres something coiled and compact about it coupled with real size, that makes it look quite alive and lethal . By comparison the really big Hawaian waves appear sprawling and lacking in density and focus. A throw rather than a punch. (Reaching for comparisons here)

Ah, I get it now. Holy shit. Thanks for that.

Here's a different sort of wave that I can't resist posting for sheer wtfness:

Not enough love for Mavericks on this thread. The big wave connoisseur's big wave. The big wave that whacked Mark Foo on his first trip out (boo!). The big American big wave, that just shouldn't have been there.

Sharks and freezing water and giant rip tides and huge jagged rocks and HORRENDOUS wipeouts...the old skool North Shore veterans couldn't handle it when it was finally 'discovered' in 1990.

BBC World's running a show called King Tide in about 5 minutes. It's about Tuvalu on the brink of getting washed over.
H

Shane Dorian captures Global Big Wave "ride of the year"
Teahupoo again...seems like a nasty ending to the ride though

and also there was an award for world record biggest wave, a 70ft...

bunch of videos on that site of the nominees too

I was flicking through a surfing magazine on the weekend and came across an amazing article about the new surfing avant garde that's mutated off the coast of Australia: death slab surfing. It's a sick offshoot of Laird Hamilton's Teahupoo and outer reef tow-in antics during the first half of the decade. These Ozzie headbangers basically take Laird's example and apply it to the thickest, ugliest waves they can find. I can't remember any of the breaks off hand, but I'll have a dig around, see what I can find. The photos in the magazine are astonishing. Basically, it's not all about height any longer: it's about volume, density, weight, e.g.:

Of course, most folks would look at that and go, "yeah, yeah, macho bullshit," but I think it's a rather beautiful way to risk your life.
Last edited: Dec 10, 2008

Meanwhile, in the fucking Basque Country...

Found accidentally while searching for Justen 'Jughead' Allport at Shipsterns.

Just remembered that, of course, I started this thread with Belharra Reef. Obviously where it goes off in Europe. Myself? I surfed a lot between the age of 12 and 18, when I lived 5 minutes from Langland Bay. I was never very good, but I could catch a wave, and went out a number of times in big conditions at Llangenith, Gower. So I can say that catching a wave that's even one foot above your height (7ft, say) is terrifying, and exhilirating. None of us can imagine what its like to catch a wave of the freak magnitude. I admire those who do beacuse they enrich and expand the experience of mankind, and mankind mostly knows nothing about it. Big wave surfing is useless, and noble and beautiful.

Odd to see this thread resurface - I was reading about this the other day. Waves rated due to the sheer weight of water that collapses over your head rather than their height.

I think the most notorious waves like this are called "Cyclops" and "Shipsterns". I know nothing about surfing though.

There's footage of someone surfing Shipsterns and he has to jump another mini-wave in the middle of the main wave as the sea seems to drain from under him. It's mind-boggling.