and the musical saw, of course. the poor man's theremin?

Ripley is right - they use a saw (and an electric guitar). He was going to carve "this saw kills fascists" on it.

I've not seen them yet but apparently they have numbers about steam trains, inventors, etc.
T

waiting for a time

ripley said:
ooh that said, on the electronic side, I'd love to see one of those things that sparks across two prongs and makes a nice zzzzapping sound.. what are they called?
Click to expand...

You mean a Van de Graaf generator? Or possibly a tesla coil? There are actually musical tesla coils - I have a feeling this has probably been posted already on dissensus but it's so good it deserves another - seems pretty steampunk to me, along the lines of the tesla coils in The Prestige

This is a solid-state Tesla coil. The primary runs at its resonant frequency in the 41 KHz range, and is modulated from the control unit in order to generate the tones you hear.

So just to explain a little further, yes, it is the actual high voltage sparks that are making the noise. Every cycle of the music is a burst of sparks at 41 KHz, triggered by digital circuitry at the end of a "long" piece of fiber optics.

What's not immediately obvious in this video is how loud this is. Many people were covering their ears, dogs were barking. In the sections where the crowd is cheering and the coils is starting and stopping, you can hear the the crowd is drowned out by the coil when it's firing.

This Tesla coil was built and is owned by Steve Ward. Steve is a EE student at U of I Urbana-Champaign. He and Jeff have been going to Teslathons, which is where they met.

It's been suggested that a good name for this coil would be the "Zeusaphone". "Thoremin" has also been mentioned, though personally I think we need Theramin type inputs for that.

To answer a few questions I've received, YES, someone did yell "Play Freebird!" after the first round of music.
Click to expand...

tryptych said:
You mean a Van de Graaf generator? Or possibly a tesla coil? There are actually musical tesla coils - I have a feeling this has probably been posted already on dissensus but it's so good it deserves another - seems pretty steampunk to me, along the lines of the tesla coils in The Prestige

Oh Right! I think that's what I was thinking of. wheee!

I've just started reading a book called Glass Dreams of The Dream Eaters which seems kinda steampunkish - at least it's set in an alternative victorian type (or probably a little earlier) reality and features masque balls and machines that make people act weird (it seems) as well as the usual parade of prostitutes, assassins and mysterious army regiments. I'm only a hundred pages in (out of about eight hundred) but it's definitely a page turner.

Modular synthesiser. This pic is massive but what the hey. In Fritz Lang's Metropolis, the bowels of the city are steam driven (by the looks of things). Not strictly Victorian though I suppose....

Did a quick google and found the pedant's view on the inclusion of 'punk' in 'steampunk':

I'm in the Meal Deal

^^ That video of the musical tesla coil above is fuckin incredible.


That's your mate on the left there, isn't it? The guy who's been on the front of The Chap and was at your birthday bash last year? They look well .

Mr. Tea said:
That's your mate on the left there, isn't it? The guy who's been on the front of The Chap and was at your birthday bash last year? They look well .
Click to expand...


aye! It is Andy. The album is great on first listen.

Even the BBC have noticed:

I like the idea of this Steampunk business but virtually all the music I can find is awful - just goth or punk (ok, maybe the clue is in the name) dressed up in Victorian clothes and with steampunk lyrics. Can anyone link me to something a bit more interesting than that. The best I've found so far is that Thomas Truax guy but that's not really changing my world.

Most of what I know about steampunk comes from Boing Boing where it usually seems to mean repackaging consumer electronics in bulky wood and metal enclosures. Not very steam or punk imo. It's kind of turned me off the rest even though I know that's not fair. Flying Kraken sound good. So after cyberpunk there was steampunk and biopunk, which makes me think: has anyone done 'stonepunk' yet? 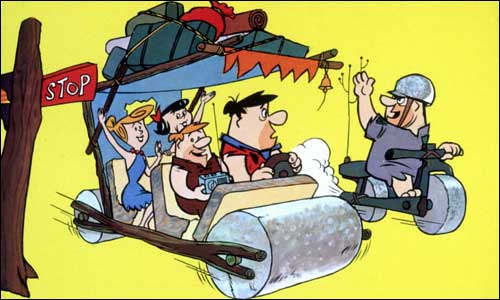 Played this recently - good survival horror game, set in (and beneath) London in 1899. Steampunk with heavy elements of biopunk.

Andy’s band did good and got him to America a few times. They managed to inject a proletarian point of view into a scene where many preferred gadding about like the lord of the manor.

They are still going and play venues like Islington Academy. I think they are a bit weary of some of the cliches involved with the scene and all have other projects (music, comedy) on the go.

I hate this aesthetic.
S

the victorian aesthetic is gross in general.