2 of those can reward you with a pro career. All 3? Taking the piss.

Zinzan Brooks - one of my favourite No8s - memorably scored a drop goal from way out rather nonchalantly.

Class apart, even for an AB

Monster, I was at that with the clans, but not this


To counter that curse


And my Mum's favourite 5-6minutes. Mike Brown is the only time i've ever heard her allude to anyone as a 'cunt'. 2nd try from Tipuric's magic is mental, zero crowd trouble despite the the lake of booze

That 2013 try is one of the greatest moments of the Gatland era. I loved that match.

Some people, and I think they are possibly right, think that the 2005 Grand Slam was finer than the 3 under Gatland. And if so, it was Gavin Henson’s achievement more than anyone else.

Different vintages. Never seen an England team that shaken in 2013, A game of legend. World Cup 15 they folded England again too. Eddie Jones has got the Red Rose firing. Grim. Imagine him as a Lions coach in NZ. France with S Edwards big loss.

Wouldn’t be too concerned over sketchy games recently, AWJ will retire soon, so if Pivac can pivot and last it’s all about WC 23. There are at least 45-60 players who can work together. It’s about finding the spine with a few dogs to match flair.

2005 anecdote - missed the first half against France due to getting previously committed to Leeds v West Ham (long story). Got out of the ground just as the 2nd half in Paris kicked off. Car radio on down the M1 to utter madness.

Be intriguing to see the line ups this week. Eddie’s going to Eddie it right up. Or will it be gentleman Jones? He’s box office. 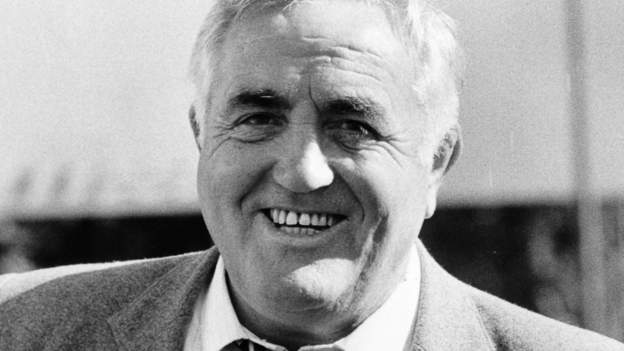 Jones, whose side face Wales in Llanelli, says if Pivac "is given time he'll do a great job".

"It's been a tough time," Jones added.

England's head coach also told BBC Sport: "The media and fans are going at him. People tend to look the other way when they see you.

"You see board members in the corner talking. You go and get petrol, the guy at the petrol station tells you who you should pick.

"He'll be feeling the pressure now but he's a good, young coach and if he's given time he'll do a great job for them.
Click to expand...

Sonny still needed the lumps to win the ball for him to razzle dazzle (the 'music' on this vid, apologies). The hit on Colin Jarvis is....unsportsmanlike

Staff member
Have you watched the SBW shoulder charge videos? Beautiful music. He had won it all before he turned 20. Total phenomenon

Staff member
The shoulder charge was leagues big selling point. No one ever did it as well as Sonny Bill


My league insights have mostly been from northerners and when the BBC put games on Saturday a'noons with Eddie Waring commentating. Spectacles like this in the rain. Count the cheap shots, S Edwards (how is he not in the England set up?) and everyone else getting stuck in

Good start. Lovely charge down. Texts from my Mum have started in earnest.

13-18 and it was still on (in daydream land). Then reality chomped down.

See the AB’s giving Argentina a baby Maradona shirt before the Hakka, then the Argie captain gets binned for previously naughty tweets.

England v Ireland will be tasty, but England by 5. O’Mahoney, Ryan and Stander don’t have quite enough grunt.