(from left to right: Driscoll, Levi Kage and Roshman-Me)


ABOUT:
On the 25th of July 2010, Roshman, Levi Kage and Grimey Grimes put out one of the dodgiest Dubstep podcasts the internet had ever heard.

From then on Chocolate Chip tripped forward, delivering increasingly ill thought out video content in the form of Mailboxes and some of the most nonsensical banter to ever grace your ears.

Intended mainly to inform his friends that Dubstep wasn't just wub wub, it slowly grew to encompass Levi's love of Grime and slowly took on the role of representing the very best of Bass Music from the UK. House; Uk Funky and Future Gash.

Will post up the episode every week in this thread, usually every Sunday / Monday evening.

I mix 101 tracks and the symptoms of stroke start to become apparent about 92 tracks in.
C


He is available for children's parties and bar mizvahs for the reasonable sum of *price on inquiry.*
R

Back this Sunday from Wales.
R

The entire night, available to listen to.

Tracklist on the mixcloud. Guest mix with Chilled, plays some lovely house.
R To get into the Christmas festivities I put a bit of tinsel round the decks and bought some mince pies. The result of such an incredible effort is a 2 hour hype episode that starts with Sisqo’s Thong song and ends with Mount Kimbie’s Carbonated.

I make no apologies for:
- the poor mixing in the first half.
- the frightening noises made by Duke in the second half.
- the overall lack of professionalism for the entire episode.

At some point between now and mid Jan expect another extended episode or even a live stream from Herts with Levi Kage, Grimey Grimes, One Way and a whole host of others.

Taking it back a bit with this weeks cover, out to those who have been listening since day.

from all the cast,
Merry Christmas!
R

Finally, an episode recorded with the original crew. We’re taking it back to episode 1 with just myself, Levi Kage and Grimey on the mic. It’s a 2 hour special filled with our usual nonsensical banter and listener trolls. If all goes to plan your 2012 will kick off to an awful start as you fail to get that song out of your head by the end of it.

Looking back at some of the lofty goals I set myself at the start of 2011 it would seem stupid to have a second go. Instead I’ll just pretend that whatever I end up achieving at the end of this year will be the full extent of plans I had at the start, if anything I’ll pretend they overshot my unwritten and undecided expectations as some form of motivation for the year after.

As you can see I have devised a new layout for a new year. Covers now include the release date and the members who feature on the episode. I’m also going to try and write a few words about the cover photo for every episode. This one was taken outside Fabric on boxing day before we went in. Levi Kage is in the phone box on the right. I believe he’s placing a dangerous substance known as “Slush Puppie Squeeze Candy” on top of the phone. I don’t recommend ever buying it. If you’re unfortunate enough to be offered some by a shady type don’t get any on your clothes / skin or be prepared to peel away a part of your garments / body parts off to remove it. This asian yout will soon see the light when he has to remove his eyebrow after a squeeze misfire. 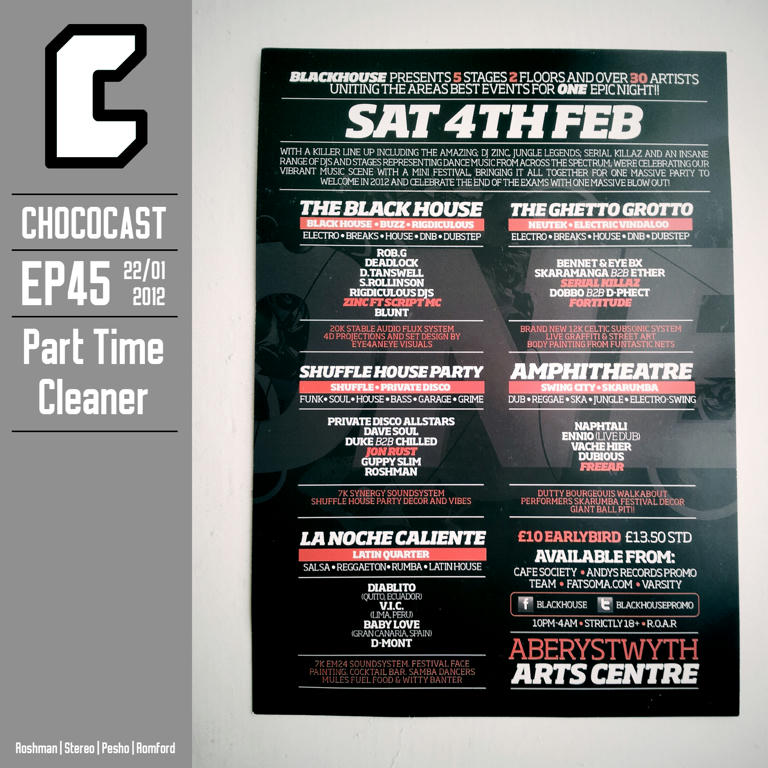 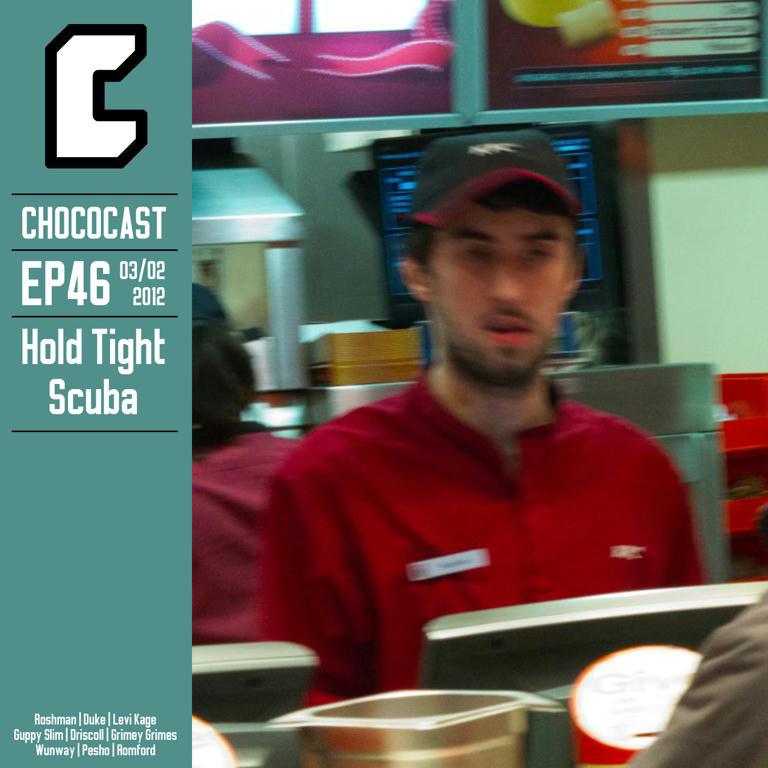 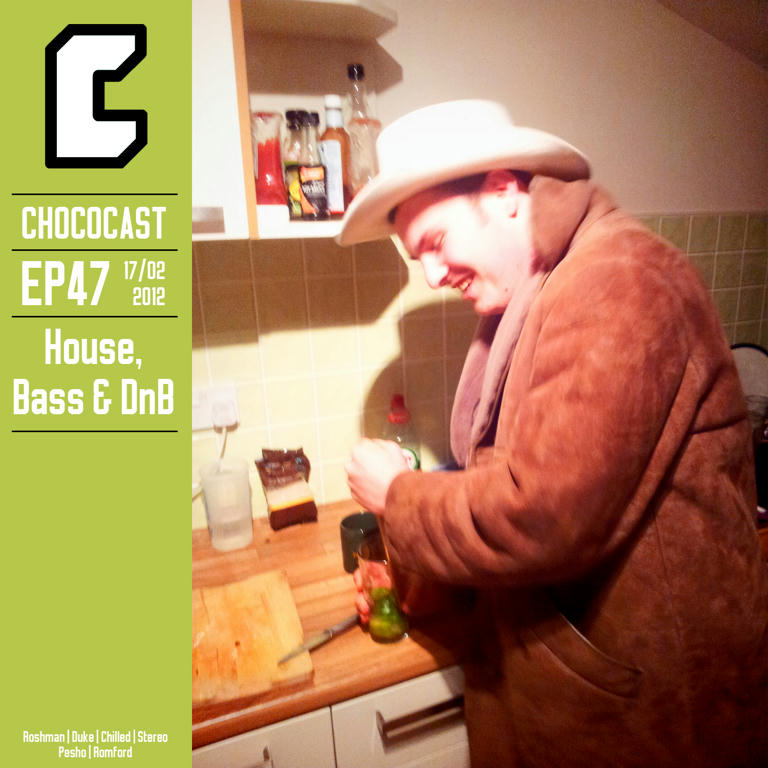 Here’s my contribution, which starts about 20 minutes in.


Now, that cover… Shuffle recently played at a house party. There was an MC Party Dog in attendance and the also an incident involving a lot of cake entering a speaker, rendering it useless for most of the party, fortunately MC Party Dog was on the case and licked most of the cake out off all the crevices. This guy though was on a mission, dressed as a leader of a porn ring, he was on a mission to cut up multiple limes and using only basic, standard student house utensils, create a Mojito worthy of his consumption.
Last edited: Feb 27, 2012
R

A recent Shuffle night I was involved in running and playing at. The whole night was recorded to listen back to.