Corpsey said:
I know some graphic designers these days and I'd say they're far more likely to have guitars on their wall and be in a band.

But maybe that's just the ones I know.
Click to expand...

yeah those are the unsuccessful ones

Quite like this new Pole thing. Apparently he's got an album on the way.

"The album was mostly inspired by the idea of memory loss," Betke says of Fading. "My mum had dementia and I saw her losing all the memory that she had accumulated over her 91 long years. When losing that memory it turned into what she was probably like in the beginning of her life when she was born – like an empty box."

Referencing his first three albums, which were originally released between 1998 and 2000, Betke adds: "Every Pole record connects to recordings that I've made before. In order to stay in this kind of vertical development, the ideas from 1,2,3 up to now are connected. I keep the interesting elements, languages and vocabulary that I designed and add new elements."

A bunch of the old stuff's on Bandcamp now too. 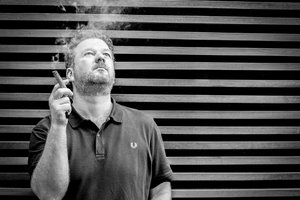 should have ended the thread here

glasshand said:
I am going to give the Rian Treanor album a go.

I hadn't really heard of him til this, seemed to be splashed over every music platform outta nowhere then I realised obviously it's because his album's on Planet Mu.

I find it interesting this little trend he seems to fit into, like an IDM return. Artists all using their full names (gabor lazar, Lorenzo senni etc), loads of focus on their "process", "methodology", use of technology. Ready to plug in to the european arty electronic music festival circuit - unsound, ctm, retextured etc
Click to expand...

How soon they forget!

that's what dissensus is about. being into street music not the tasteful soundtrack of the international pleasure elite.

im talking today, the contemporary. not the ethnological museum of dead cultures.

luka said:
that's what dissensus is about. being into street music not the tasteful soundtrack of the international pleasure elite.
Click to expand...

or transforming one into the other, perhaps

we really have to restate and enforce our values and ensure group cohesion. nothing on boomcat is acceptable. nothing discussed by resident advisor or fact magazine is ever accetpable under any circumstances. let's all commit to this ideological purification and we will be happier moving forward.