Who do you reckon?
D

Steinbeck apparently worked for the CIA at one point.

Yeah, the odd responses to the question of whether he's ever worked for MI6 are a bit suspect.

Asked by the magazine whether he had once worked for MI6, Mr Stewart reportedly said: "It's an unfair question", while "his mother, when asked, smiled, and said, 'I wouldn't begin to know'." The article's author, Ian Parker, wrote that Mr Stewart "later suggested phrases that I might use - such as his career 'giving the appearance of' such a path.

"He added that people should have 'the very, very clear understanding that I stopped working in embassies and for the Government proper in 2000'." From then on, "I was no longer part of the system," Mr Stewart told Parker, who adds that "someone in London who is in a position to know told me that Stewart certainly was" in MI6.

I can't believe this one didn't take off.

its the clunky title

Vin diesel used to be a bouncer

Gotta be someone with Marvel. Thats fish in a barrel.

Especially if we consider these security agencies to work de facto in private interests. I want to understand them a bit more comprehensively. I did a spreadsheet where I mapped out the FBI directer lineage, but it didn't sink in well enough because very little comes to mind right now.

After all, they're either gonna suffocate me or seek consultations with me.

But anyway if we treat them as private interests, then bam now they have an agenda involving countering the public interest, and the Marvel Cinematic Universe is a great way to reach millions of libidinally charged and vulnerable viewers. Think about the archetypes, the partisan implications, of the characters. In terms of mass magic, its quite the instrument.

Staff member
The hero of Black Panther was a CIA agent rather then FBI from memory.

luka said:
im 100% sure these films are made with the backing of and collaboration with the US government. black panther had a cia agent as a hero. granted it would have been even more perverse if it was the fbi but even so.
Click to expand...

This lad is a public figure despite firebombing a department store and having a kid with someone he was spying on:

Staff member
Craner has done this with Dissensus users

The notebook included 135 names of those whom Orwell suspected of having affiliations with the Communist Party or sympathies with the very idea of “communism.” Among them he mentioned poets such as Stephen Spender, whom he described as a “sentimental [communist] sympathizer,” “very unreliable,” and “easily influenced.” George Bernard Shaw was, he wrote, “no sort of tie-up, but reliably pro-Russian on all major issues.” The historian A. J. P. Taylor was “anti-American”; Isaac Deutcher was “a sympathizer”; Richard Crossman was a “political climber” and “too dishonest to be an outright f[ellow] t[raveler]”; J. B. Priestley was “a strong sympathizer,” “very anti-USA,” and “makes huge sums of money in the USSR.” The Scottish poet Hugh McDiarmid was “probably reliably pro-Russian” and “very anti-English.” C. Day Lewis was “not completely reliable” and the Irish playwright, Sean O’Casey, was “very stupid.”

Orwell’s notebook of “crypto-communists and fellow-travelers” inscribed “communism” in the form of various threats to the homogeneity of English culture. He observed, for example, that the historian Isaac Deutcher was a “Polish Jew”; that Ian Mikardo, a columnist at the Tribune, was “silly” and “Jewish”; that the writer Cedric Dover was “Eurasian”; that Paul Robeson was a “US Negro” and “very anti-white”; that the M. P. Konni Zilliacus was “Finnish” and “Jewish”; that the biologist J. D. Bernal was “Irish”; that Louis Adamic was “Jugo-Slav” and “very anti-British”; that Vera Dean was “Russian”; and that the French intellectual E. Mounier, author of La Pensée de Charles Péguy (1931) was “slimy.” Indeed, Orwell once wrote to his friend Dwight McDonald that he could “smell” a crypto-communist. Irish and Scottish writers, such as Sean O’Casey, Liam O’Flaherty, and Hugh McDiarmid, were recast and refashioned as communist threats

I remember reading a theory about the US using the Apocalypse Now shoot as cover for some sort of involvement in the Philippines. 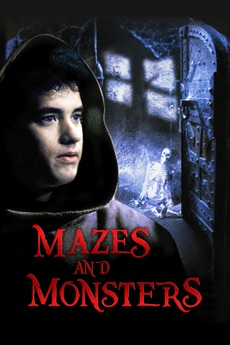 tom hanks is a CIA asset: a potential timeline

HANKS=CIA my theory (read notes) is it coincidence this bland, beloved, so very mainstream actor-slash-kennedy center honoree - "america's dad" - happens to reinforce all the lies of american empire? sure, status quo is the status quo because its the status quo & hanks could just be an...