Thursbitch is the best stand-alone novel I think. Strandloper is good but odd. Boneland is extremely strange.
C

Will report back if I check it out

Staff member
Poetix desperate to make the thread about children's literature instead !
C

Yeah I did clock that it's variously in the children's collection/described as adult fairytale. But willing to give it a go. Still reading 'prisoner of love' and only halfway with that so it might not happen this year
C

Gave up on the Genet and now read about 60 pages of thursbitch. No idea what's going on but it's quite fun reading. Quite a unique style.
C

I got a bit stuck with Thursbitch as well, had to put it down for a few weeks, but i'm now back on it and the story has emerged. I like it again!

luka's probably read this before, but others may not have and I just stumbled across it:

Talking with Znore, blogger at 'Groupname for Grapejuice' -- http://www.rawillumination.net/2017/09/talking-with-znore-blogger-at-groupname.html

Staff member
Not directly related to GNFGJ as far as I can tell, but this guy is obsessed with the supernatural and generally weird, and with owls and UFOs in particular.

Almost unbelievably, I can't find any references on the page to Twin Peaks. But there's loads of juicy crazy stuff that'll have luka jizzing in his pants: 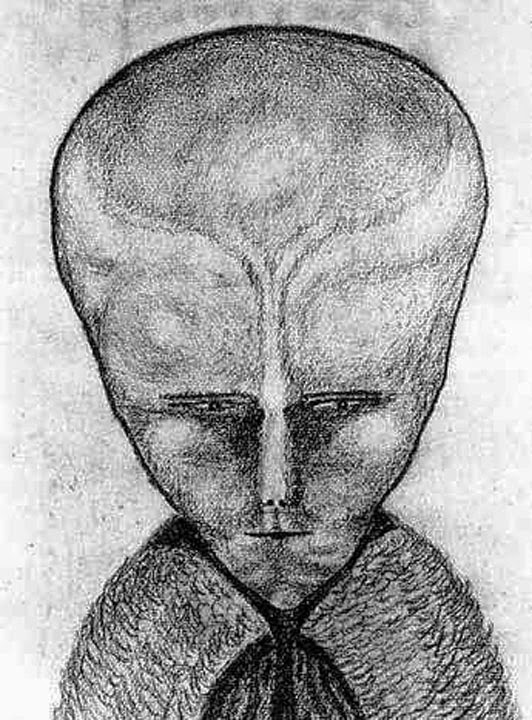 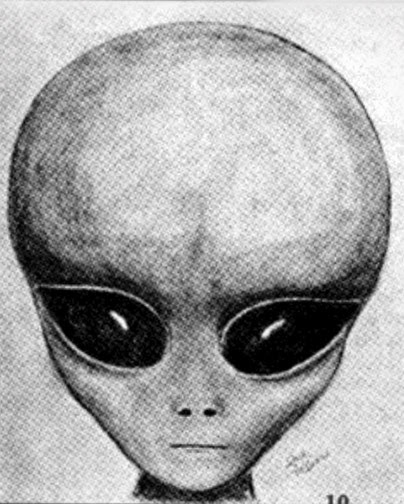 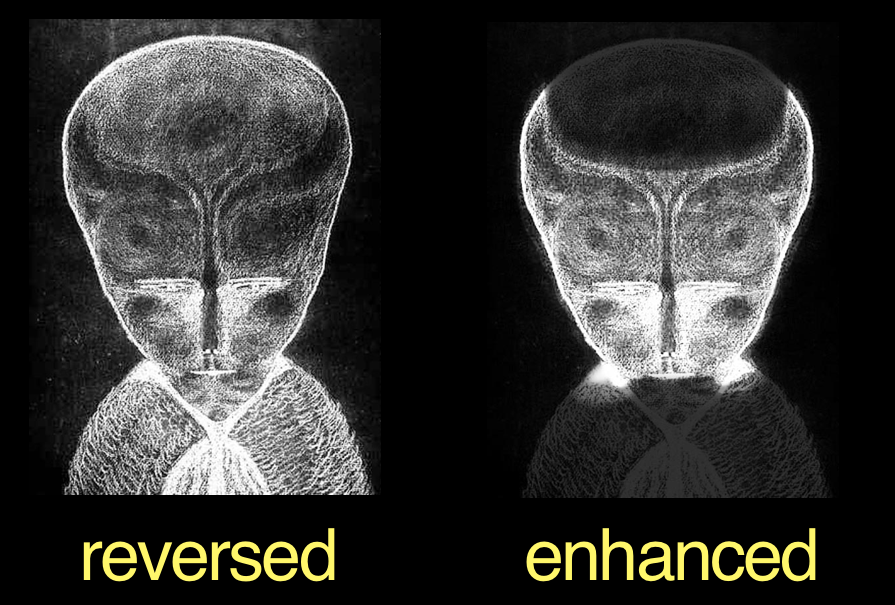 version said:
luka's probably read this before, but others may not have and I just stumbled across it:

Good stuff. I've not read any of the blogs yet, but this has encouraged me. Will get one in.

Strangely, I also picked up a copy of cosmic trigger at my friend's house in London in, I think 2011 or 2012. I had never heard of RAW and just flicked through it, thought it looked interesting, asked if I could have it. Then at the end of that week I went to boomtown for the first time and gave loads of books and comics away and ended up giving cosmic trigger to a friend of a friend who I had never met before. So I never actually read it.
C

Kinda funny how he writes a blog but doesn't own a smartphone.

I've thought about writing a blog and don't own a smart phone.
C

Right, thats obviously where im going wrong, cos i do own a smartphone. Ive never thought of writing a blog, but i have thought of making my own website. I mean, you write more than enough on dissensus to warrant a blog. You could probably get an AI to go through all your posts and stitch them together into posts.

A blog seems more formal to me, so I dunno that I could pull it off. I usually ask questions and try to get other people to say interesting things and that isn't the optimal approach when you're the sole contributor.

catalog said:
Kinda funny how he writes a blog but doesn't own a smartphone.
Click to expand...

Maybe he thought the sweet spot for communication technology was ca. 2005?

Reminds of that Big Train sketch about this breakaway sect of sort of half-arsed Amish people, who reject modern technology but define 'modern' as anything after 1980. So they wear chunky digital watches, sing hymns accompanied by a Fairlight synthesizer and relax by playing Pong.
K

Thanks for sharing this it’s amazing. What is it? Who are they? I read this one which is to do with the history of debt. And how that could have come about through the establishment of priests , and the effects of developing groups of intermediaries between the sacred and profane. It’s really great, it explains everything , it’s foolproof , completely inarguable. The idea being that we can imagine a situation where people who gained some knowledge of “the mysteries”, who at one point in time could communicate more proficiently with “the spirits”, who particularly understood the grand cause and effect incurred by say, removing some ore from the ground to make a knife, knew that for this transaction to be fair the spirits responsible for say, the ore, or the knife, etc, would have to be appropriately ameliorated. by looking to capitalise on some of the things they might have learnt they could persuade, for instance, the people who owned all the knives that they had some spiritual authority, in return for military support, passing on the debt owed to the spirits responsible. This combination then gives rise to the first states and the eternal transferal of debt. Maybe everyone already learnt all this in primary school I don’t know but it’s got a really good ending this one you should all read it

One thing that happened when reading this, and I suppose this goes for the internet in general, is the endless number of tabs and hyperlinks to wikipedia for minoan crete and dubious ethnologists stuff, I wasn’t able to really get through the essay in one straight go, it’s punctuated by all these tangents and rabbit holes that then collect on the screen by mistake . Given the nature of what theyre write about in this series and the huge history of the world scale it has you end up coming across all the information sort of at the same time. it syncs quite curiously with the sense of all this information and history happening concurrently , all at one time and outside of time in certain ways. A lot of internet reading does that anyway but this felt a bit weirder and important.

The final part concludes in this uplifting way that’s coherent with the themes of the whole series, it feels dareisay psychedelic in the sense of a grand harmonious resolution that seems to resonate at lots of different levels. it’s dealing with a scale that’s too big to fail. It feels quite impressive to be able to get that effect with writing given the difficulty of trying to fix that sense and make it permanent, something that you can sleep on and reread in the morning. I don’t want to ruin the ending for anyone but I’m curious as to what “imagination” might be in the way it’s used here.

How did you find this blog?

Staff member
I can't actually remember. I think I got at it via Finnegans Wake but I can't be sure but as soon as I found it I fell in love and thought I'm going to pester this man until he agrees to be my friend.

First it was the strange sensation of someone embarked on more or less the same project as I am but also that I felt he was ahead of me and I've never ever felt that someone was ahead of me before. Coming across Grapejuice really accelerated my thinking in a profound way. I really really love it and I'm always really happy when other people love it too.

Snatches of the Everlasting Gospel 3
P

This is (or overlaps with) E. P. Thompson's reading of Blake in Witness Against The Beast as drawing on the wellsprings of antinomianism, possibly via the Muggletonian sect.

In a truculent mood this morning I wrote that "Attempts to build a chain of associations between hermeticism and the counter-cultural, then counter-culture and anti-capitalism, fail because hermeticism is a discourse of hidden masters, a spiritual elite. It promises not universal emancipation but elevation above the herd". But this is closing down precisely the argument that G4G wants to open, about the possibility of a hermetic commons (or "sub-commons") - Pullman's "secret commonwealth" handwaves in a similar direction.

Was that in response to this one?

Hermetic Anarchism and Othering the Other

poetix said:
This is (or overlaps with) E. P. Thompson's reading of Blake in Witness Against The Beast as drawing on the wellsprings of antinomianism, possibly via the Muggletonian sect.

In a truculent mood this morning I wrote that "Attempts to build a chain of associations between hermeticism and the counter-cultural, then counter-culture and anti-capitalism, fail because hermeticism is a discourse of hidden masters, a spiritual elite. It promises not universal emancipation but elevation above the herd". But this is closing down precisely the argument that G4G wants to open, about the possibility of a hermetic commons (or "sub-commons") - Pullman's "secret commonwealth" handwaves in a similar direction.
Click to expand...

I literally just saw that at the top of my Twitter feed and thought, wait a minute Dominic! Glad I restrained myself from wading in now.

Its not elevation above the herd but more of a homeland from which we have been exiled.