luka said:
The country's football team were all robots, too, though in keeping with decades of tradition, most of them were foreigners.
Click to expand...

As long as they can take penalties.

It's from a 2000ad encyclopaedia Mr Eden linked to on Twitter

I doubt the Russia Report is really gonna make that much difference... but it does seem like a few people are worried about it. 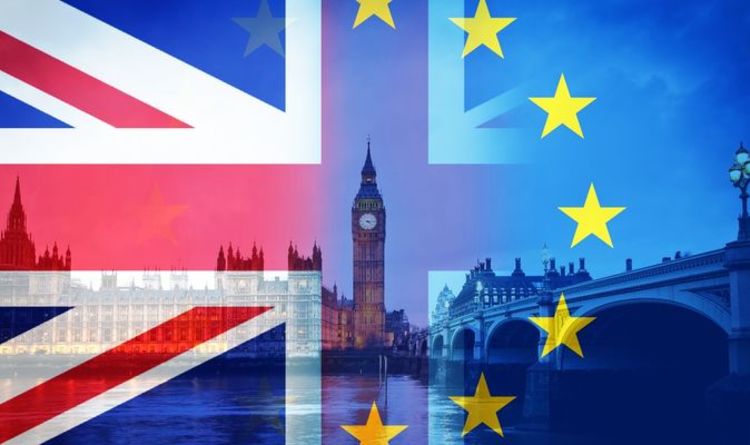 THE CONTROVERSIAL "Russia influence" report due to be published this week must not be used to "sabotage Brexit", it was warned.

THE CONTROVERSIAL "Russia influence" report due to be published this week must not be used to "sabotage Brexit", it was warned.
Click to expand...

The Sunday Express has learnt that businessman Arron Banks, the founder of Leave.EU, has issued a dramatic legal challenge to the publication of the report by the Intelligence and Security Committee. His lawyers have demanded that if attempts are made to rake over previous unfounded allegations against Mr Banks then publication should be delayed to give him a chance to respond.
The long-awaited report was drawn up by the committee under the chairmanship of Remain supporting former MP Dominic Grieve.
It follows a series of false accusations against Mr Banks and other prominent Leave supporters that they were Russian agents.
The legal letter to the committee's new chairman Julian Lewis comes ahead of the expected publication of the report on Tuesday.
In it, Mr Banks's lawyer Kingsley Napley points out that there is an ongoing defamation case over the previous publication of many of the accusations. The letter said: "Mr Banks has not received any invitation to give evidence and/or to respond to any allegations which may be advanced against him in the Russia Report.
"Please provide us with immediate notification of any statements made within the Russia Report which refer to Mr Banks.
"Given the subject matter of the Russia Report and the matters which are currently live in litigation in the courts, it would obviously be necessary, fair and just for him to have advance notice if any statements were to be made about him and that he was given a proper opportunity to deal with them prior to publication
"Not least when it is understood journalists have been given an opportunity to cooperate."
It is understood that certain tweets this week referring to the publication of the report have led Mr Banks's legal representatives to believe he may be mentioned within it.
A source close to the committee has suggested the legal letter may have an impact on delaying the report's publication.
Brexiteer Conservative MP Andrew Bridgen said that he was concerned the Intelligence and Security Committee report will be another attempt to "sabotage" Brexit.
He said: "I hope that the ISC report will not be used as yet another attempt to try to discredit the referendum vote for Brexit or to smear Arron Banks again. Too often we have seen that Remainers cannot accept defeat and have repeatedly used any means possible to attempt to undermine and discredit the result.
"Yet whenever the British people have been asked to vote in a referendum or election in the last four years they have consistently and increasingly overwhelmingly backed the Leave side."
The row over using allegations of Russian influence as part of a "witch hunt" against Brexiteers has already seen two Parliamentary inquiries open into whether the Electoral Commission is "fit for purpose".
This week legal representatives of Mr Banks and his associate Andy Wigmore sent a 25-page submission to the Speaker's Committee inquiry into the Electoral Commission.
Click to expand...

I'd have said the only thing that is controversial about the Russia Report is the delay in publishing it but the Express have a different view...

Russia report tomorrow.... please God let there be something juicy in it!
Do we know about redactions? I saw someone on twitter saying it will have more lines on it than Michael Gove's coffee table but do they really have a chance to censor independent reports to that extent?

Of course there won't be anything that makes a difference to anything... just a load of vague pointers to the corruption that we already know about but nothing to convince the unconvince-able.

Bit off-topic, but of all the arguments I've seen given for Brexit, this is the best. The third bullet point is particularly persuasive.

It really annoys me that they continually say that the populace voted overwhelmingly for Brexit at every opportunity... yeah they voted in the Tories cos of FPTP but there is a case to be made that more votes were cast for Remain and that's been the case in every vote since the Ref I think.

Putting it like this it sounds kinda bad though

It's a shame Rich got blasted into a microscopic powder and scattered to the four winds by John Eden. I bet he'd have had some insightful things to say about the Russia report.

luka said:
you were fortunate just to get your face a bit smashed when you think about it
Click to expand...

I count myself lucky every day.

This made me do a snorty laugh.

Bit of a fudge, the reporting on the Russia Report.

They did it but we don’t know if it worked is a bit shit really.

It’s the next phase of global conflict though I guess. Evil Russia, China, North Korea.

Which of them will we end up trading with?

The main scandal here though is not whether it worked but it's that the reason we don't know is that they chose not to find out.
And probably it did work.

Yeah they are incompetent for sure.

I will say though that if Russia wanted to destabilise things and erode confidence in the govt that they have achieved that just by doing this, whether or not it had a direct effect on the Scottish referendum, elections, Brexit.

john eden said:
I will say though that if Russia wanted to destabilise things and erode confidence in the govt that they have achieved that just by doing this, whether or not it had a direct effect on the Scottish referendum, elections, Brexit.
Click to expand...

Surely we all know by now that this is an end in itself for Russia? The certainty, likelihood or even possibility of Russian interference, in either direction, could have been used to cast doubt on the legitimacy of any outcome of the referendum. If Remain had won, especially by as small a margin as Leave actually did, I can't see the big players in the Brexit campaigns saying "Oh well, we gave it our best shot but fair's fair". The pro-Brexit papers would have used exactly the same "treacherous liberal elites undermining The Will Of The People" rhetoric that they've used ever since.

So in a sense the possible outcomes of 2016 were win-win for Putin, even if one win (the one he actually got) was better than the other.

Whilst the UK wants to have a good trade relationship with the EU as a sovereign state, the EU has different ideas. They want our money and they want to stop us being a competitor. The Withdrawal Agreement (WA) we signed last year sadly helps them.
Click to expand...

Or a slightly better question even - why the fuck did your government draw it up (or get it oven-ready in the parlance), why did the government as a whole and you personally vote against parliament having enough time to read it properly, and then sign it?

Totally amazed by Farage's offering that's been doing the rounds today. Obviously, as has been well documented lately, the vicious cunt has nothing better to do these days than hang around on beaches taking pictures of refugees and immigrants and so on. So today he took a video of what he called a "shocking invasion" - and when I first saw this I thought someone had taken the piss and undermined what he was doing by replacing it with this video of five or six freezing kids and two or three adults in life-jackets climbing out of a dinghy


But no - it turns out that that was the actual fucking video he took and which he thought was "a shocking invasion" and that if he shared it round twitter it would get loads of people up in arms about how the UK is being besieged and swamped by people who are selfishly running away from danger and evilly trying to make their lives better. And worst of all he was obviously completely right.
You must log in or register to reply here.
Share:
Facebook Twitter Reddit Pinterest Tumblr WhatsApp Email Share Link
Top