Version make one for Stan. Show him how it's done.

You mean a Gus one? 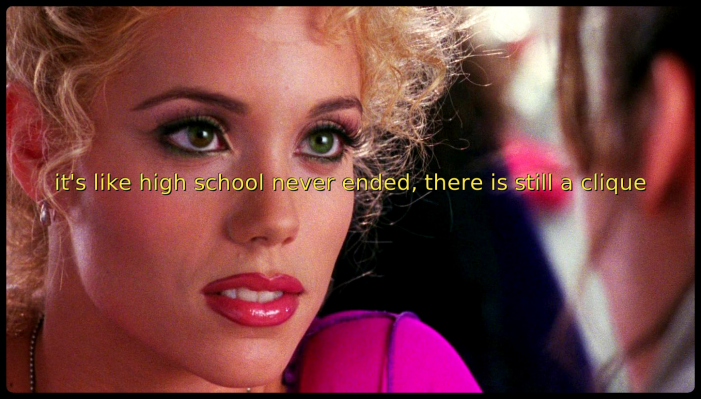 Dissensus should just be Gus generating the material and Version turning it into meme format. Everything else is superfluous

The neon ear, the eye shadow, the latex lips, the hot pink shoulder

I absolutely love it.
L

lots of old dive bars here back in the day used to have huge jars of pickled eggs, think they charged $1 each. they were slightly gross but also so good, in that divvy environment after you'd had a few too many brews. I think many of them were Irish-american bars, is it an Irish thing?

also, I have a couple of picked peppers almost every day with my lunch, love love love. although i've heard that the pickling liquid is bad for your teeth, erodes the enamel.

It's an English thing but Irish culture is very influenced by its best friend and big brother across the sea.

beware of going a-drinking with wierdos who will persuade you / trick you into drinking a shot of the stuff the eggs are pickled in.

That was a 'good' piss up. I mean, brutal, punitive, life threatening, but memorable.

And: a recent poll found that 62% of people feel afraid to express their political beliefs. This isn't just conservatives - it's also moderates (64%), liberals (52%) and even many strong liberals (42%). This is true even among minority groups, with more Latinos (65%) feeling afraid to speak out than whites (64%), and blacks (49%) close behind. 32% of people worry they would be fired if their political views became generally known, including 28% of Democrats and 38% of Republicans. Poor people and Hispanics were more likely to express this concern than rich people and whites, but people with post-graduate degrees have it worse than any other demographic group.
Click to expand...

the kicker is that these numbers are up almost ten percentage points from the last poll three years ago. The biggest decline in feeling safe was among "strong liberals", who feel an entire 12 percentage points less safe expressing their opinion now than way back in the hoary old days of 2017.
Click to expand...

DarkEn gonna fuck em all up

The NYT's Taylor Lorenz falsely accuses a tech investor of using a slur after spending months trying to infiltrate and monitor a new app that allows free conversation.

Fulfilling her ignoble duties there, Lorenz announced on Twitter that Andreessen had said a bad word. During the discussion of the “Reddit Revolution,” she [falsely] claimed, he used the word “retarded.” She then upped her tattling game by not only including this allegation but also the names and photos of those who were in the room at the time — thus exposing those who were guilty of the crime of failing to object to Andreessen’s Bad Word:

Lorenz herself has been obsessed with monitoring Clubhouse discussions in general and Andreessen in particular for months, mocking him just last week when she obtained a fake credential to enter:

Just take a second to ponder how infantile and despotic, in equal parts, all of this is. This NYT reporter used her platform to virtually jump out of her desk to run to the teacher and exclaim: he used the r word! This is what she tried for months to accomplish: to catch people in private communications using words that are prohibited or ideas that are banned to tell on them to the public. That she got it all wrong is arguably the least humiliating and pathetic aspect of all of this.
Click to expand...

Gus, the 'Commando' of Culture War.

this is now the prevailing ethos in corporate journalism. They have insufficient talent or skill, and even less desire, to take on real power centers: the military-industrial complex, the CIA and FBI, the clandestine security state, Wall Street, Silicon Valley monopolies, the corrupted and lying corporate media outlets they serve. So settling on this penny-ante, trivial bullshit — tattling, hall monitoring, speech policing: all in the most anti-intellectual, adolescent and primitive ways — is all they have. It’s all they are. It’s why they have fully earned the contempt and distrust in which the public holds them
Click to expand...