All bound for a Mu Mu land?

Haven't seen too much written about them around here, but it feels like they'd be up dissensus' Straße. Hopefully a two pronged thread where we can share KLF related shit and ask questions like 'is there space for 'culture jamming' in 2020?', 'How do you subvert a timespace where everything seems so slick, so force fielded?' & 'Does anyone even care anymore?'

Staff member
i really enjoyed the book John Higgs wrote about them. it was one of those books that make you feel like youre on drugs.

"Drummond and Cauty's inability to justify or explain their actions is one of the most intriguing aspects of what happened on Jura. It echoes the fates of the founders of Dadaism, the small group of artists and radicals who opened the Cabaret Voltaire in Zurich in the midst of the First World War. The Cabaret only lasted for six months, and no recordings were made of what happened there, yet those present spent the rest of their lives trying to come to terms with what they had done. They never really did. As the writer Greil Marcus points out, "This is the best evidence -- the only real evidence -- that something actually happened in Zurich in the spring of 1916."
Click to expand...

The Arctic Monkeys supposedly followed the instructions in this to become what they became.
C

I started reading the Drummond book that tea mentioned somewhere, the one where he goes to africa. Was pretty good but I only read a couple chapters.

My friend is a scouser and went to their festival thing they put on recently. He said he had a good time but it was basically embarrassingly bad.

Chill out was the best thing they did and even that isnt that great.

droid said:
Chill out was the best thing they did and even that isnt that great
Click to expand...

nah this is a legimately great techno record, hard as nails for 1990, dark, pulsing, no nonsense

gotta be this mix tho, the commercially released version don't hold a candle.

other than that tho, no

pattycakes_ said:
'Does anyone even care anymore?'
Click to expand... 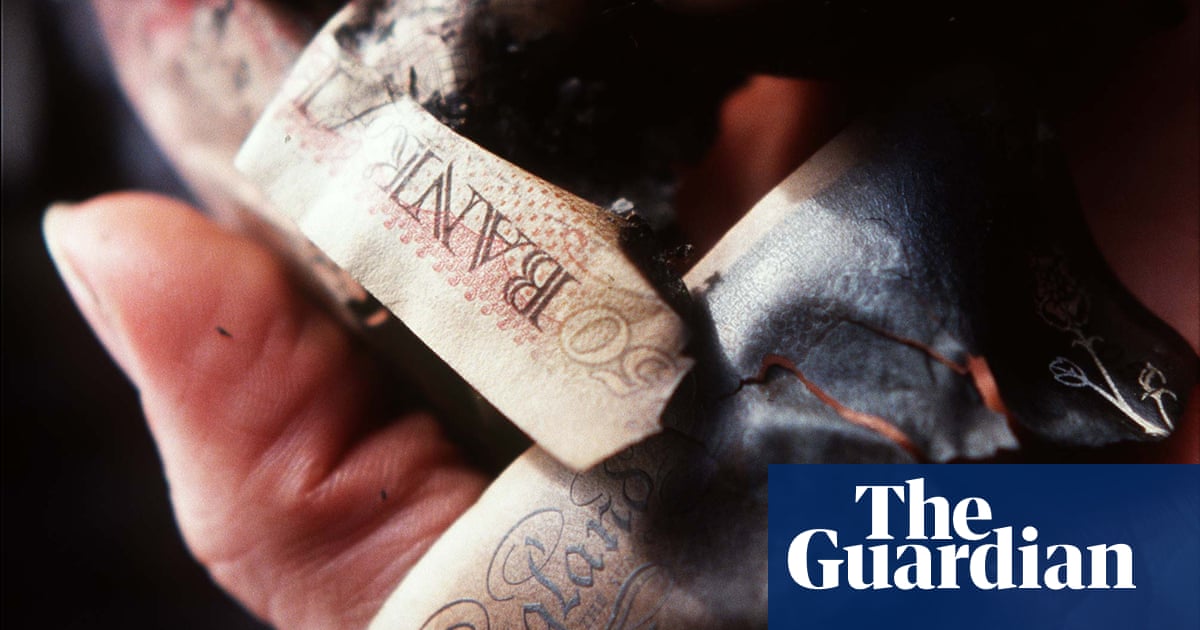 The return of the KLF: pop's greatest provocateurs take on a post-truth world

It is 23 years since the KLF burned £1m and turned their back on the music industry. They have now returned with 2023, a piece of dystopian metafiction – could it be just what our consumer culture needs? We take a first look

The project formed by Bill Drummond and Jimmy Cauty in 1987, which has lain dormant in a self-imposed moratorium of 23 years, returned at 00.23am on the morning of Wednesday 23 August. As Drummond and Cauty drove into a backstreet of Liverpool in an ice-cream van to begin three days of events, their first new work – a trilogy of dystopian fiction, an “end of days story”, called 2023: A Trilogy – simultaneously dropped online.

Yet this is not a book for those looking for straightforward answers, and is as obtuse as the KLF themselves, who have published it under their other moniker, the Justified Ancients of Mu Mu. It is a multi-layered, self-referential meta tale, starting with two undertakers, Cauty and Drummond, who discover a life-changing book called 2023: A Trilogy on a hotel bookshelf. It was written by “George Orwell”, the pseudonym for one Roberta Antonia Wilson, 33 years ago. “What you are about to read is what they read – well almost,” reads the preface, adding that it has been translated from Ukrainian.

It is a tale which switches between the diary of the author, Roberta, in April 1984, and her fictional novel set in 2023, in the tax haven of Fernando Po, which is the last nation state on earth (on a small island off the coast of Africa). “It was once part of Equatorial Guinea, before Equatorial Guinea did their lucrative deal with Wikitube,” notes the book.

It is littered with bastardised references to 2017 culture in a nod to the grim future that could befall us all – the Big Five who rule the world are GoogleByte, Wikitube, Amazaba, FaceLife and AppleTree. Winnie, the main protagonist, has had an affair with Julian Assange in her younger years, and now uses an iPhone23; Michelle Obama has been the first female president of the US in 2020 but now models for Damien Hirst; Putin was crowned (ceremonial) czar of Russia; Simon Cowell was murdered by a former contestant live on China’s Got Talent in 2017. An alternative history for the Beatles and their role in world peace is also offered. Yet for all the technological progress, today’s social flaws, particularly the degradation of women, remain unchanged in 2023
Click to expand...

Staff member
as far as culture jamming goes i would say its been one of the big themes of the last few years. its why im envious of 4chan.

luka said:
as far as culture jamming goes i would say its been one of the big themes of the last few years.
Click to expand...

that is absolutely true

luka said:
i want dissensus to be like 4chan but we are not talented enough
Click to expand...

4chan is a fucking cesspit, every toxic strand of internet culture in one place

I would never want to belong to such a place