I watched this last night and it really rammed home why I prefer looking at the work to the artist. It was alright, but the majority of the people interviewed and presented had this horrible air about them. The way they spoke about him and some of the stuff that happened was really unsettling. One of them referred to him as "a born masochist"...

Gaddis on The Artist feels more and more apt,

“What's any artist, but the dregs of his work? the human shambles that follows it around. What's left of the man when the work's done but a shambles of apology.”

Isn't it obvious looking at his paintings that he was fucked up?

I quite like finding out stuff like that tbh, it helps me sometimes with seeing paintings the "right" way.

Maybe I'm just squeamish at the moment and don't want to see "the human shambles that follows it around". There was this squalor to a lot of the stories being told that made it harder for me to enjoy the paintings.

Is there a moral obligation to engage with the circumstances which produced the work?

i mentioned on here that last time i looked at them in real life they had a cartoonish quality. not horrifc or morbided or frightening at all. more like looney tunes really

"It is a mistake to think that the painter works on a white surface. The figurative belief follows from this mistake. If the painter were before a white surface, he could reproduce on it an external object functioning as a model, but such is not the case. The painter has many things in his head, or around him, or in his studio. Now everything he has in his head or around him is already on the canvas, more or less virtually, more or less actually, before he begins his work.They are all present in the canvas as so many images, actual or virtual, so that the painter does not have to cover a blank surface but rather would have to empty it out, clear it, clean it. He does not paint in order to reproduce on the canvas an object functioning as a model; he paints images that are already there, in order to produce a canvas whose functioning will reverse relations between model and copy. In short, what we have to define are all these "givens" that are on the canvas before the painters work begins, and determine among these givens, which are obstacles, which are helps, or even the effects of a preparatory work."

luka said:
i mentioned on here that last time i looked at them in real life they had a cartoonish quality. not horrifc or morbided or frightening at all. more like looney tunes really
Click to expand...

Do you like them? I can see both the cartoonish quality and the horrific in them, but I haven't seen them irl. Steadman sometimes reminds me of Bacon with the cartoonishness cranked right up. 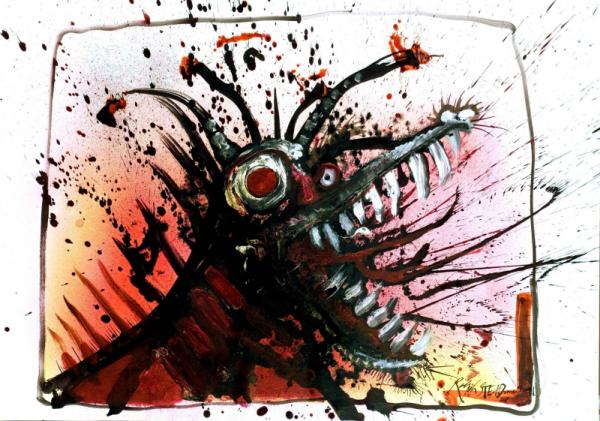 i like them most of the time. like any thing it can can present itself in different ways and forms but most of time i like. the portraits most as a rule
Last edited: Jun 30, 2020

like a kind of cubism with speed movement blur

He's someone I should have mentioned in the On Late Style thread. I prefer the later stuff like Study of a Bull where he's still breaking up and distorting forms, but it's much more subdued and stripped back. 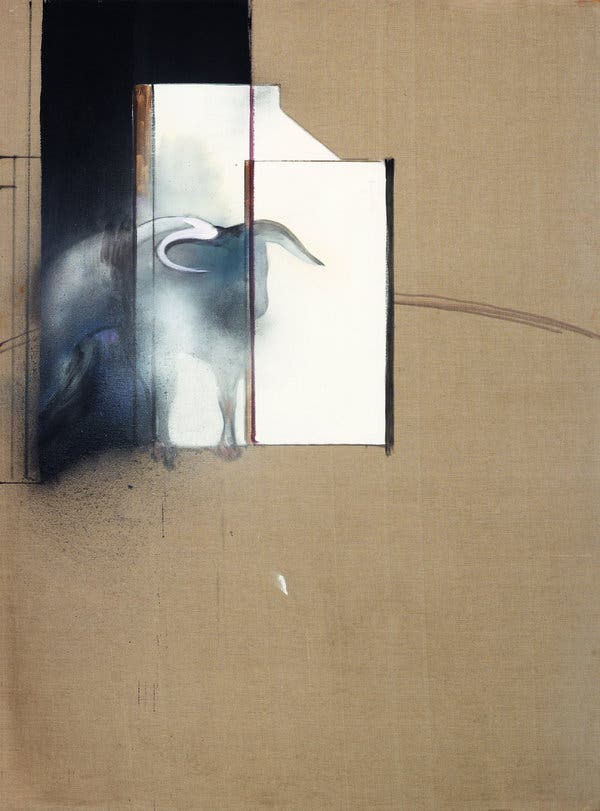 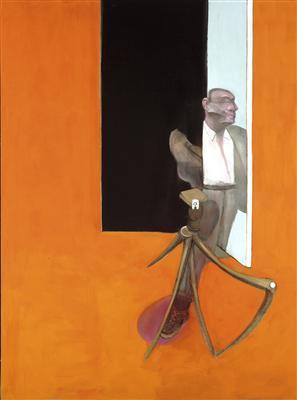 something very seedy about all those men in suits

i hate drinking in Soho becasue you meet men who still buy into that mythos of small time gangsters and alcoholics and aristocrats gone to seed. it disgusts me that world. unhygenic. failed. worthless degenerates.

no glamour in alcoholism

I can't stand the thought of a bull fight, but I love the studies he did in '69. 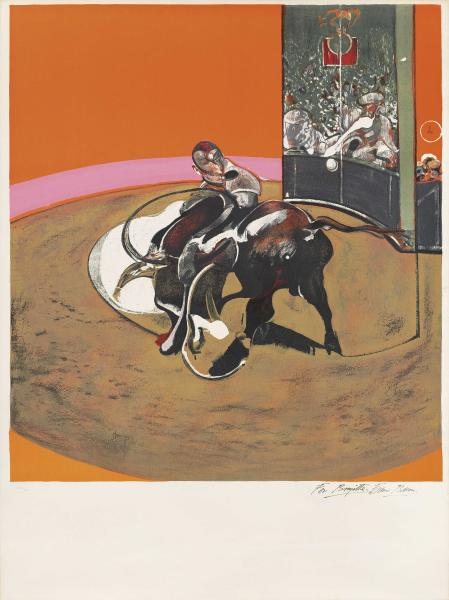 Did Bacon ever meet Beckett? I've tried digging around online, but it just produces academic stuff comparing the two.

I read a book about him once... wasn't that good. It was written by this guy who had discovered that his uncle (or something), mainly a painter and decorator but a part-time rent boy (I think), was a peripheral figure on that Soho fifties scene and wrote a kind of biography of his life over that time. Basically (reading between the lines) I think it was a few anecdotes stretched out to make a book and it tried to make the uncle a more central character than he was. I did like the story at the start about the main character meeting Bacon for the first time though and him (Bacon) being introduced as a painter, and the uncle, having no idea who he was, said "Oh really, me too".

IdleRich said:
I did like the story at the start about the main character meeting Bacon for the first time though and him (Bacon) being introduced as a painter, and the uncle, having no idea who he was, said "Oh really, me too".
Click to expand...