I was thinking, "I have gotten to see three championship runs and six finals appearances in my twenties alone, meanwhile my poor friend Leo hasn't gotten to see one in ages, and he could keel over any second"

Gee, thx Spendy, congrats. Warriors were the better team, so many sloppy turnovers for the Celts.

suspended said:
I was thinking, "I have gotten to see three championship runs and six finals appearances in my twenties alone, meanwhile my poor friend Leo hasn't gotten to see one in ages, and he could keel over any second"
Click to expand...

He's originally from Connecticut (right?) which can go either way, depends what part of CT you're in I believe

rn for me places 3-5 are still a murky tier of Ws, Showtime, and Duncan Spurs in some order

Steph is 35 next year, the other two are a couple years younger, Steph's game should age well, you figure they have another 2, maybe 3 peak years

I'd like to see them and the Giannis Bucks go at it, both teams in full health

as good as Cs are defensively, they just can't hang offensively, and yeah are young and sloppy

and I don't know how Ws are going to slow down a motivated Giannis, that's a tall order even for Draymond Green

I'm never betting against a healthy Steph to pull out the magic and get it done, but that's a series I'd like to see

I grew up in Massachusetts, so they'll always be my local football team. I followed them in the pre-Brady years, for many of which they were terrible.

I loved the Bruins when I was a little kid, saw lots of the greats: Esposito, Orr, Bucyk. And Derek Sanderson, who was hockey's version of Joe Pepitone (now we're going way back...). But I stopped following hockey when I left for college, which was many moons ago. 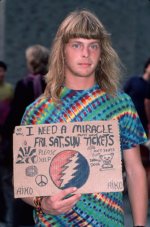 It's very weird and exotic how Americanos talk about sport

luka said:
It's very weird and exotic how Americanos talk about sport
Click to expand...

is it that different from how you all talk in the football thread here?

It is a bit actually but I can't put my finger on what it is. Been thinking about that.
S

padraig (u.s.) said:
I'd like to see them and the Giannis Bucks go at it, both teams in full health

as good as Cs are defensively, they just can't hang offensively, and yeah are young and sloppy

and I don't know how Ws are going to slow down a motivated Giannis, that's a tall order even for Draymond Green

I'm never betting against a healthy Steph to pull out the magic and get it done, but that's a series I'd like to see
Click to expand...

I think there's a pretty solid chance of another title next year TBH, with injuries being the biggest variable. Ownership is committed to keeping everyone. Poole and Klay will probably make jumps, Wiseman hopefully re-enters the lineup. Kuminga and Moody may be Finals-playable come 2023. And everyone will have more experience playing together. Obviously over a 7-game series, nothing is a given, and a team could rise up next year outta nowhere to dominate the West. But IMO they're stronger favorites than your average incumbent champ is—in part because none of the Nets, 6ers, Clippers, etc seem to be getting their act together like we expected them to—though obviously folks like Simmons & Kawhi could well come back next year as All-NBA tier players, and really change the landscape.

Nuggets will be a lil scarier. Cs will be a lil scarier. Grizzlies a lil scarier. Like you say Bucks could well end up the main adversary. But I'm not really that worried about Giannis—sure, Green is undersized, but they're a lot more than Green as a defensive unit. I think GS showed this post-season they were the best defensive team in the league—Cs and Ws were #1 and #2 in the regular season, and IMO, despite Cs also shitting the bed on offense, Ws ultimately won the defensive series.

If Klay returns to previous defensive shape, they've got a very solid defensive core—Green, Wiggs, Thompson, GP2—that's four All-Defense-level players at their peaks. Sure, none of them are true centers, none of them are very big, but they did a great job of locking up a 6'8" Tatum, of containing a 6'11" Jokic. Not saying those guys are on the same tier offensively or athletically as Giannis, but Ws don't have to do an incredible job against him. They have to do a pretty good job. And I think if they're always able to have 2/4 of those guys on the court, and are doubling Giannis drives, they can do a pretty good job. You let him get his 30-35ppg a night, you lock up everyone else, and you have solid shooting nights.

think the combination of what wiggins, poole, and looney will get is gonna price out poole aswell

yr take on the Ws is, unsurprisingly best-case scenario optimistic, but I'd stilll have to call them the strongest contender going into next year, barring trades etc between now and then. I doubt they'll be able to keep everyone - I agree w/Linebaugh, good as he's been Poole is probably most expendable - but I like their young talent (always helps rookies to go into a good situation). Wiseman has tons of potential if he can stay healthy - big guys with knee problems are worrying.

and I agree no one's emerging as an obvious new contender - the Grizzlies if they can take one more leap (basically, one more All-Star level player either FA/trade or internal improvement), or maybe a healthy Clips. Suns seem like a paper tiger. 6ers/Nets is one of those trades where everyone probably lost - Harden looks washed, and I'd be pretty shocked if Simmons ever becomes more than what he currently he is, which murders you in the playoffs, and that's if he comes back healthy from the dreaded scourge of back surgery.

"four All-Defense-level players" is an absolutely wild homer exaggeration, but a healthy Ws do have a very solid defensive perimeter group, and Loony is a solid presence inside. they're a very good defensive team. they didn't win the series defensively, but you could call it a draw which for them is a win bc they outgun the Cs.

containing Jokic, great as he is, was significantly easier bc he's essentially a one-man team these days. and Cs, outside of Tatum and Brown, don't have major threats. Giannis has 2 v capable wingmen in Middleton and Holiday (imagine if they'd gotten Bogdanovic as well, tho in that case they probably can't/don't trade for Holiday) and almost everyone can shoot. you can't just contain Giannis and lock everyone else up. Not that Dray et al will make it easy for him. if Middleton hadn't gotten hurt we almost certainly would've seen that matchup this year.

I do not believe in the grizzlies one bit and felt vindicated during that wolves series. If the wolves weren't the most mentally unstable team in the league they legitimately could have lost in 5. theyre a young team with no semblance of a half court game unless Ja gets hot, who himself doesnt have too dangerous a half court game. They can prove me wrong but I think they are farther away than most people think.
You must log in or register to reply here.
Share:
Facebook Twitter Reddit Pinterest Tumblr WhatsApp Email Share Link
Top