I suppose they don't donate corpses to art schools anymore?

Here's a good harrowing crucifixion by a Russian https://arthive.com/nikolaige/works/395731~The_crucifixion Yeah that's a grim one, shite running down the legs. Bit more realistic than these poser crucifixions with jesus looking quite peaceful and handsome.

Corpsey said:
In it, the author (a lecturer at St. Martins) claims that the sort of intense training Michelangelo (and other old masters) had would not be possible today—because, for one thing, it would be illegal.
Click to expand...

Makes me think of the Castrati. A lot was sacrified for art in the name of divine service.

shiels said:
Yeah that's a grim one, shite running down the legs. Bit more realistic than these poser crucifixions with jesus looking quite peaceful and handsome.
Click to expand...

Why i recommend that book is it's fascinating to see how different artists tackle the same theme — particularly one as charged as the crucifixion.

Is it a symbolic event, or a physical one, or both?

Is it best rendered realistically, or ideally?

Should Jesus be fully suffering, or dying?

And I also think it's quite a good way to evaluate the nature of each artist's talent. Not to judge them — for being less capable of rendering suffering, for example — but to recognise that what they're trying to achieve is reflective of a different cultural context, including both the purpose of art and the prevailing means of going about it.

Saying that, the same painter can paint the crucifixion in dramatically varying ways (presumably based on where the paintings were to be hung) — these are both Rubens: 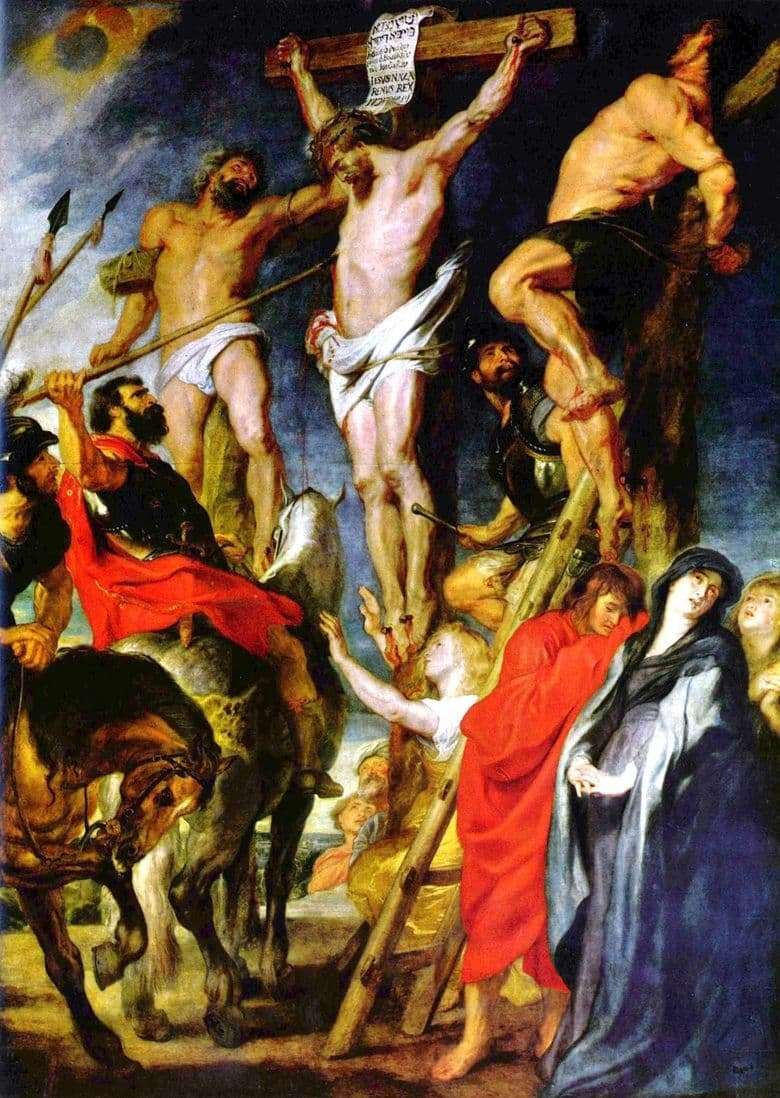 It's one of the most, if not the most potent and commonplace symbols in the western world. It's state murder but also a beautiful sacrifice. It's aesthetically a beautiful shape in terms of how it positions the body, but it depicts the most gruesome pain . It's shameful and its heroic. It can be as simple or as complex as you like. plain or dramatic.
C

That second Rubens one is pretty scary, reminds me of Francis Bacon's Popes.

Just came across this on Google https://www.jacquiebinns.com/sculpture-2/crucifixion/

Of course one of the best things about that Dali crucifixion is that it is from God’s viewpoint rather than ours. We are usually at the foot of the cross looking up. Instead Dali has us looking down on the event - God’s eye view, so to speak.

I recently read Sight of Death by T J Clarke - it is a diary of his daily visits to scrutinise two Poussin paintings - what I love about it is the way he is able to constantly return to just these two and find things in there - a kind of lesson in how to build up ways of seeing and revisiting so that it stops being familiar.

I never really thought about why Dali depicted it like that, other than that it's more visually interesting than the standard view, or at least is so because it's so unconventional.

Also, I've always 'read' the image as Jesus floating in the sky over the water below.

"On the bottom of his studies for the painting, Dalí explained its inspiration: "In the first place, in 1950, I had a 'cosmic dream' in which I saw this image in colour and which in my dream represented the 'nucleus of the atom.' This nucleus later took on a metaphysical sense; I considered it 'the very unity of the universe,' the Christ!"[2]"

"Although it is a depiction of the crucifixion, it is devoid of nails, blood, and a crown of thorns, because, according to Dalí, he was convinced by a dream that these features would mar his depiction of Christ." 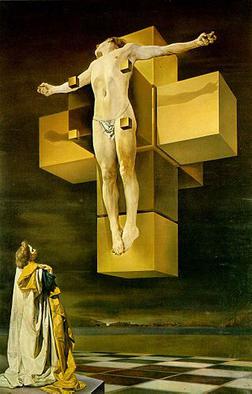 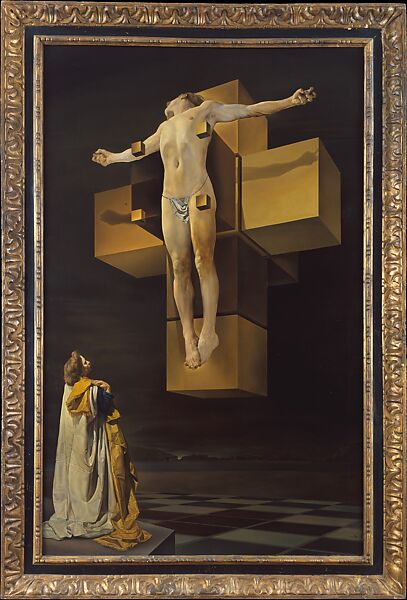 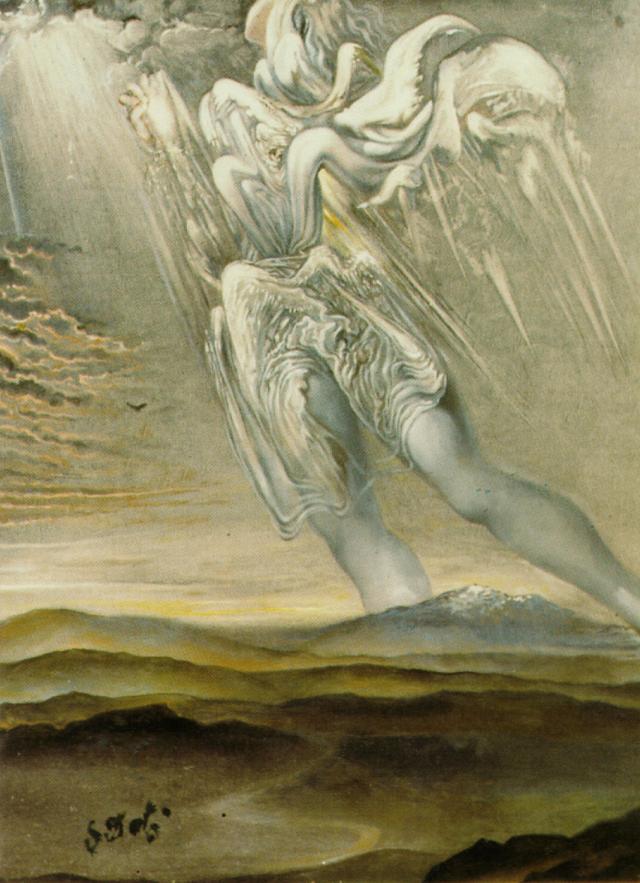 I want it on my wall

"Come in, come in! Oh, and I should tell you my housemate's a bit religious."

Staff member
its painted like a world of warcraft minature