It's funny that you see this as 'innocent and romantic' because I think it's more about lust - the lust of the male figure (who almost looks like a Satyr, which perhaps his animal skin loin-cloth alludes to?) and of the viewer of the painting for the transparently (in all senses) attired female.

Incredible technique, though - the balance of light and dark, the skin, the fabrics etc.

I think I've seen this before - is it late 19th century? I think it might be the sort of "Academic" painting that the Impressionists set themselves up against.

The Storm, 1880, Pierre Auguste Cot Although I've written quite a lot about Impressionism recently, it's difficult to grasp the quantum...

for me it's the way how synchronous their movements are. like a showcase of team building, she holds the cloth with her right hand, he with his left hand. together they run.

but you might be right, i'm not sure for example if the man is looking in the same direction as the woman or if he's gawking at her.

not my cup of tea obviously but ive noticed dissensus as a whole loves that sort of thing. rosy cheeks and chiffon.

That sort of idealised beauty and soft-porn sexuality seems to have been obliterated by the 20th century.

Rembrandt was ahead-of-his-time (as far as I understand it) when it came to portraying nude women with wrinkles and sagging bellies (although Rubens also painted notably fleshy nudes). Rembrandt is a painter I think modern eyes can admire more easily than e.g. Raphael, because we don't believe in an ideal anymore, or at least we don't believe it should belong in "Art" – we respond to the frailty and sympathetically observed ugliness of his portraits.

(Compare with The Source painted by Ingres, the arch-classicist and high priest of French Academic painting)

Having that above your mantelpiece is the rich 19th century version of having one of those posters with a woman in fishnets straddling a Harley Davidson up in your toilet.

except this girl is 13 and shes got no pubes

Luka will scoff but I've actually never been turned on by a painting or statue.

You're probably right, there. Despicable.

Corpsey said:
Went to the Young Rembrandt exhibition at the Ashmolean in Oxford yesterday. I hadn't slept well and generally felt like shit but despite that it was still a very interesting exhibition – mainly because it exhibited stuff that Rembrandt did when he was young and still learning, so you got to see examples of him failing. It gives us mere mortals hope, to know that Rembrandt wasn't absolutely killing it from day one.

As you walk through, of course, he gets better and better and hits upon his characteristic style (strong contrasts of light and dark – there's a daylit history painting he did a few years before he came into his own which is skilful but also quite ugly and hardly the sort of thing to make you think 'genius!") – and you can see that he's well on the way to becoming an Old Master by the end.

This was the most magical painting in the exhibition:

I see myself in that painting. I really do.

Rembrandt was the ninth child born to his parents, and his parents were already old by the time he was beginning his career. (The sketch below is of his father.) This (the exhibition says) might account for the sympathy and respect Rembrandt always gave to old people in his work.

You’re right, there’s often a warmth and sympathy for the aged in his work. Those late self portraits are particularly affecting - I know there’s a lot of biographical projection on to them, the wives and lovers, the children all passed away and he’s still there clinging to the wreckage and he can still look at himself with unflinching scrutiny. Your point about the modernity is probably right - they aren’t polished like Ingres, or another of my favourites, David - the paint is rough, like late Titian, more of a gesture at times, smeared in places, caked in others, barely there elsewhere. And I think there’s something really moving which comes out of it all. That picture of the old bloke - I meant it, I can what it means to age in there and I feel it in myself.

Not sure how I fell about much of De Koonings late work but I like this one. Like colgate 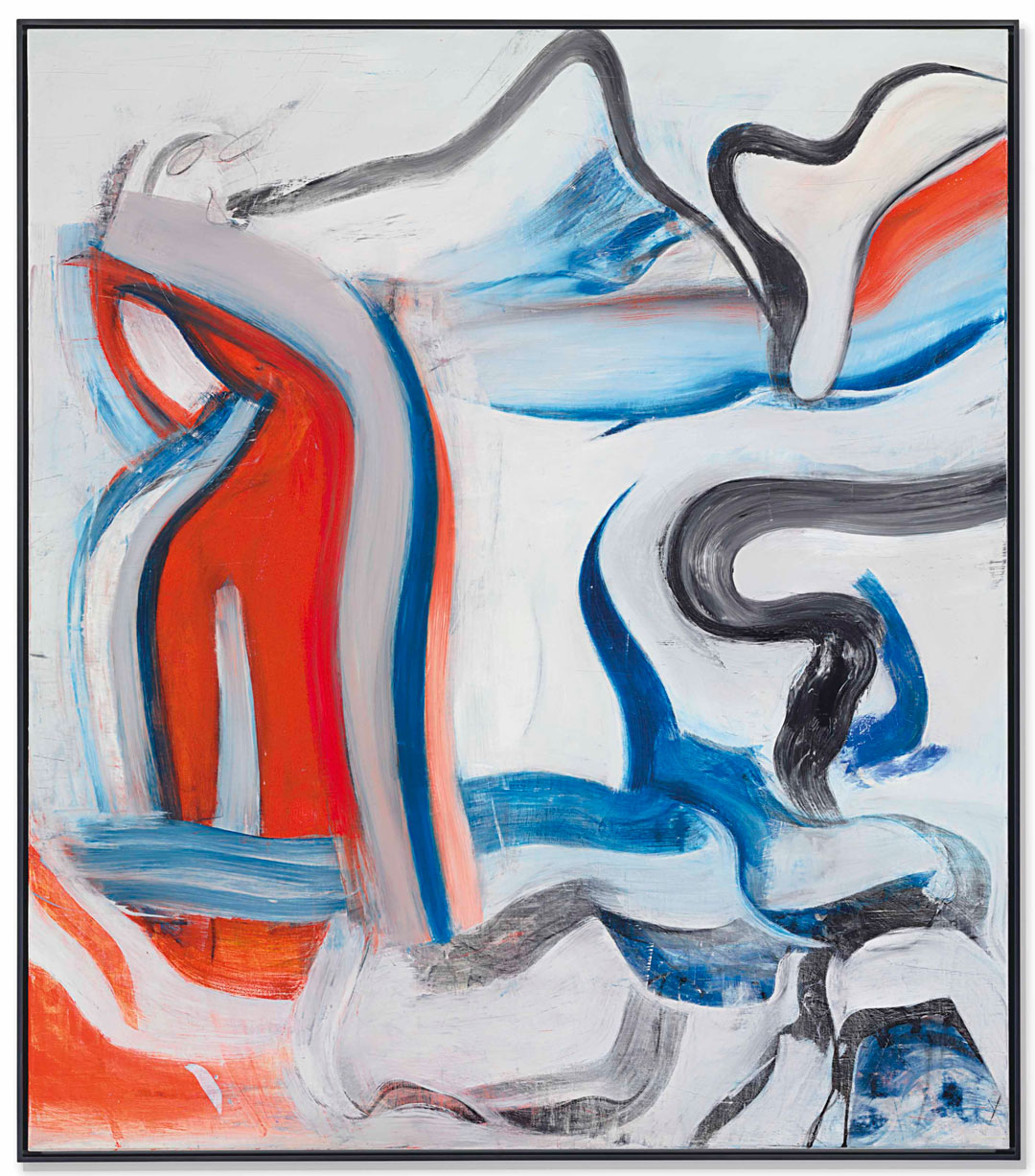 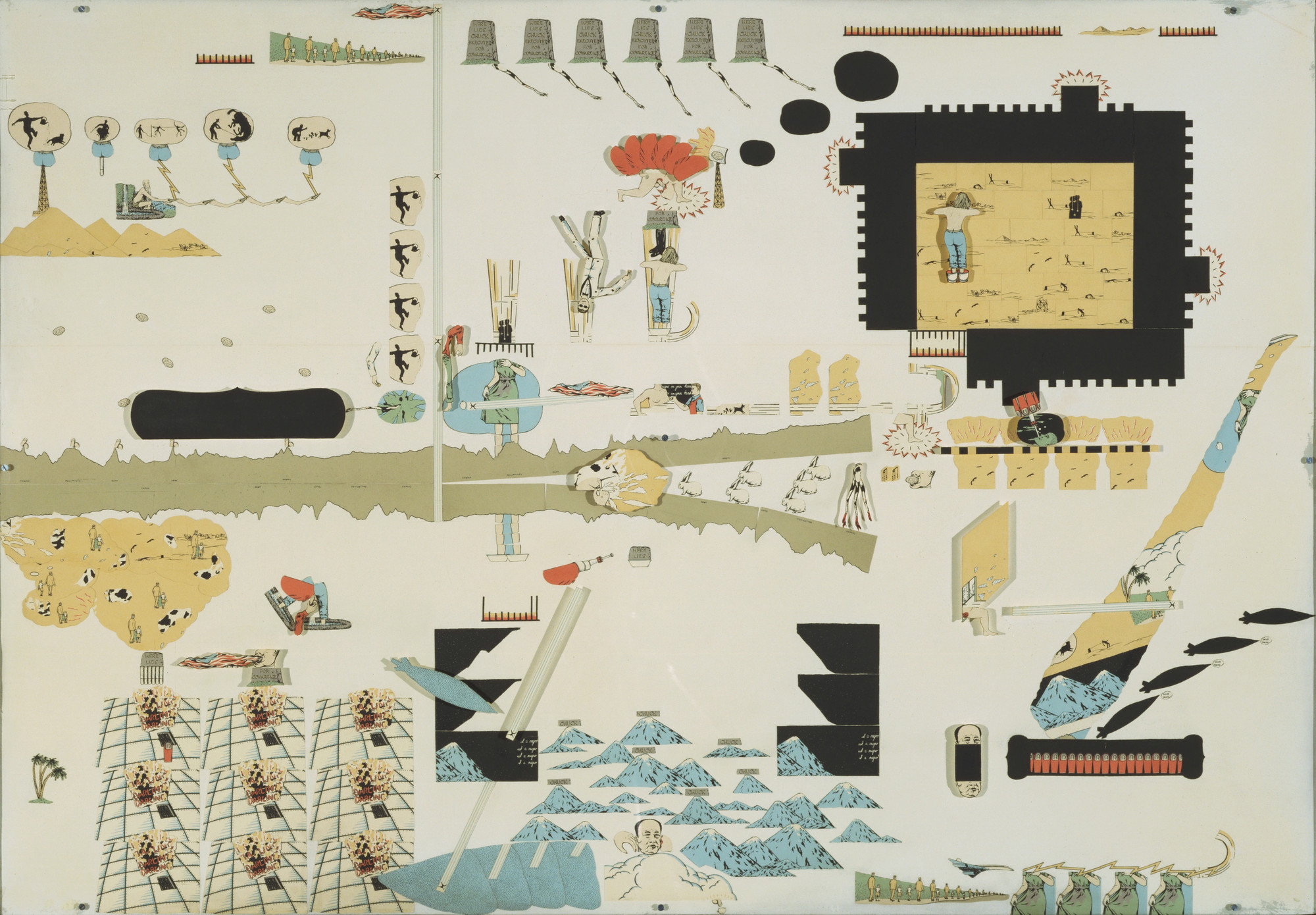 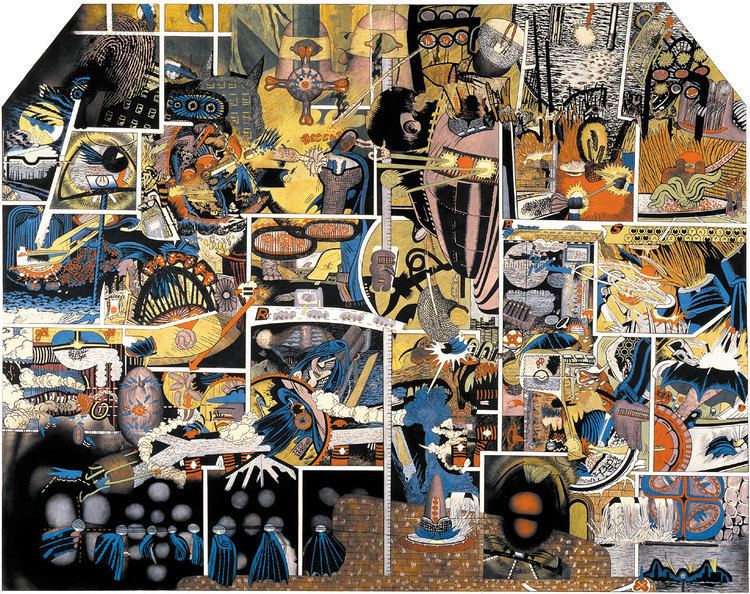 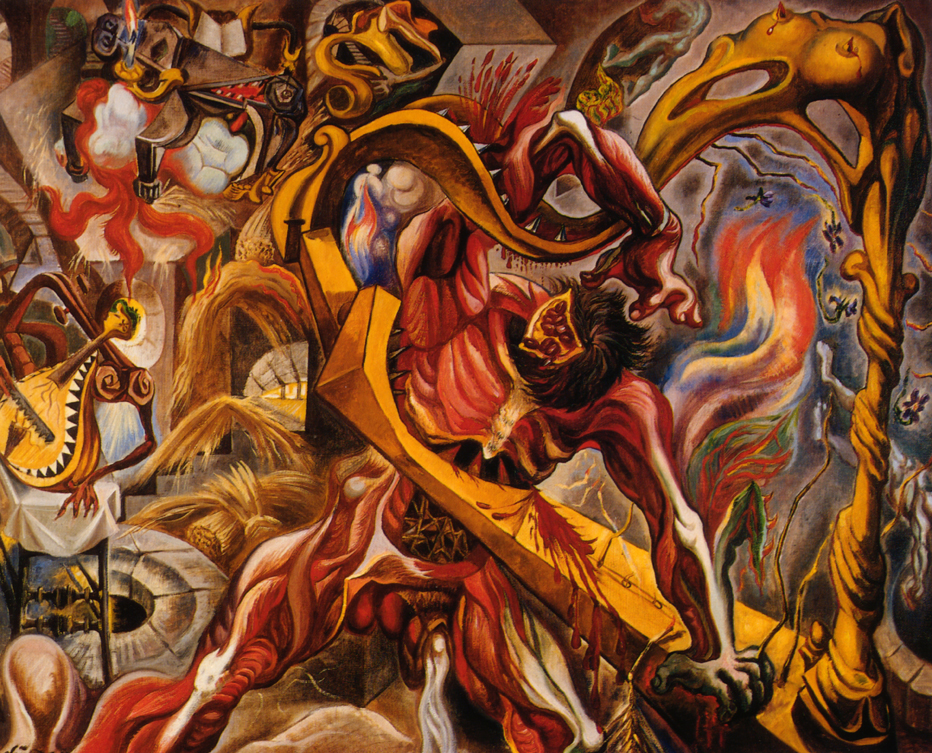 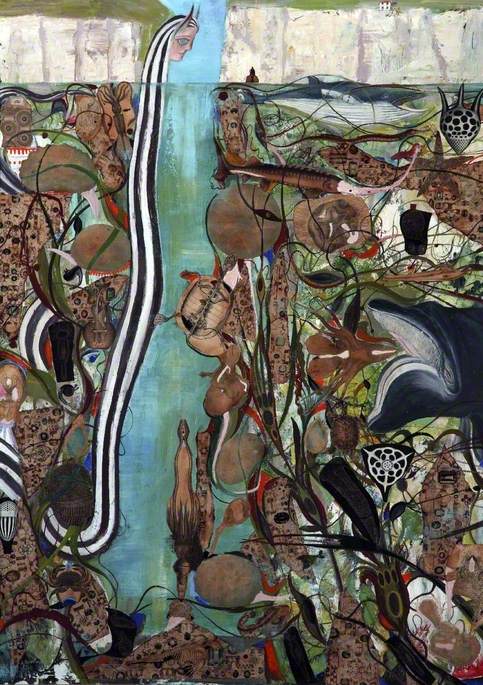 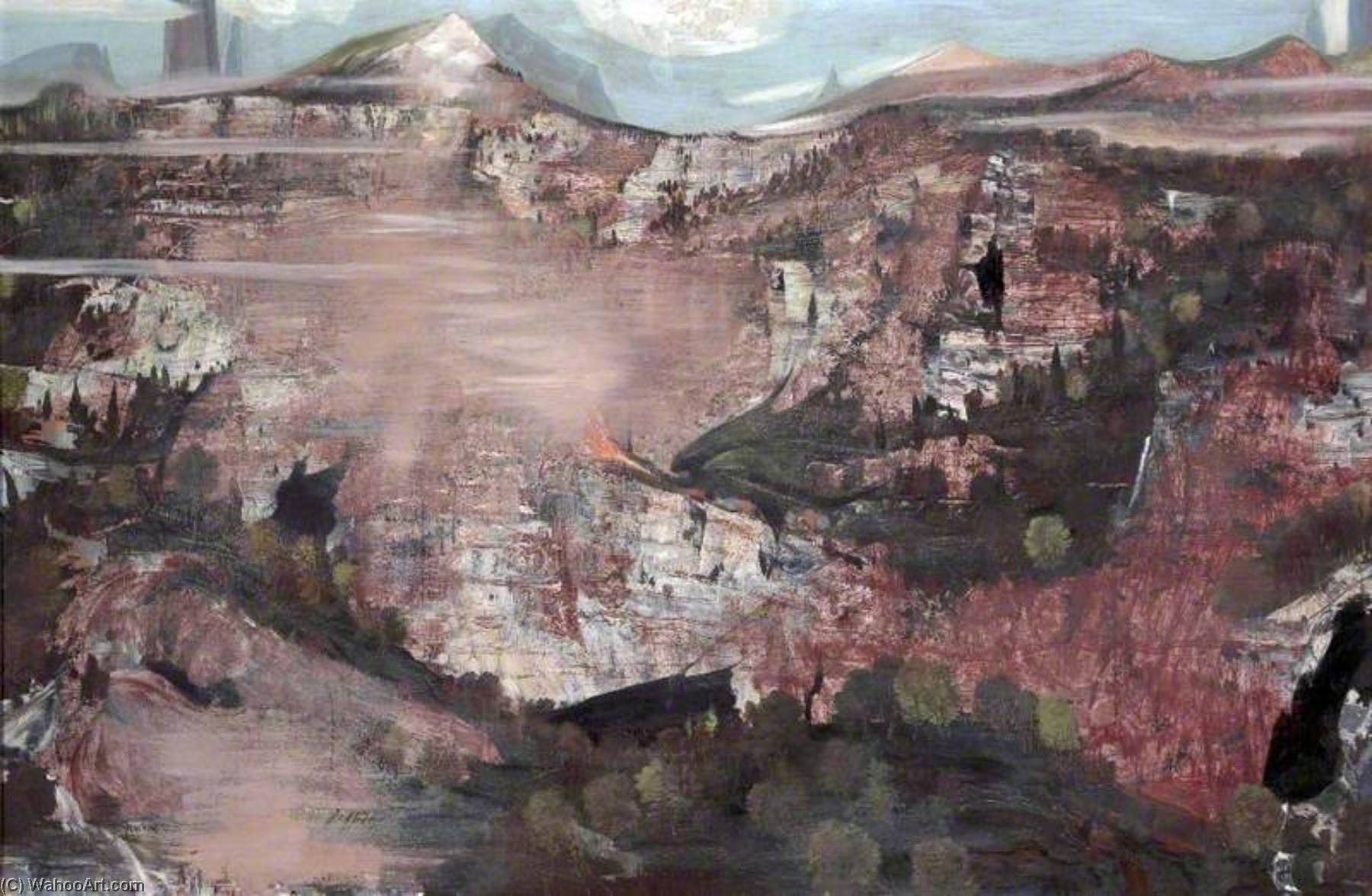 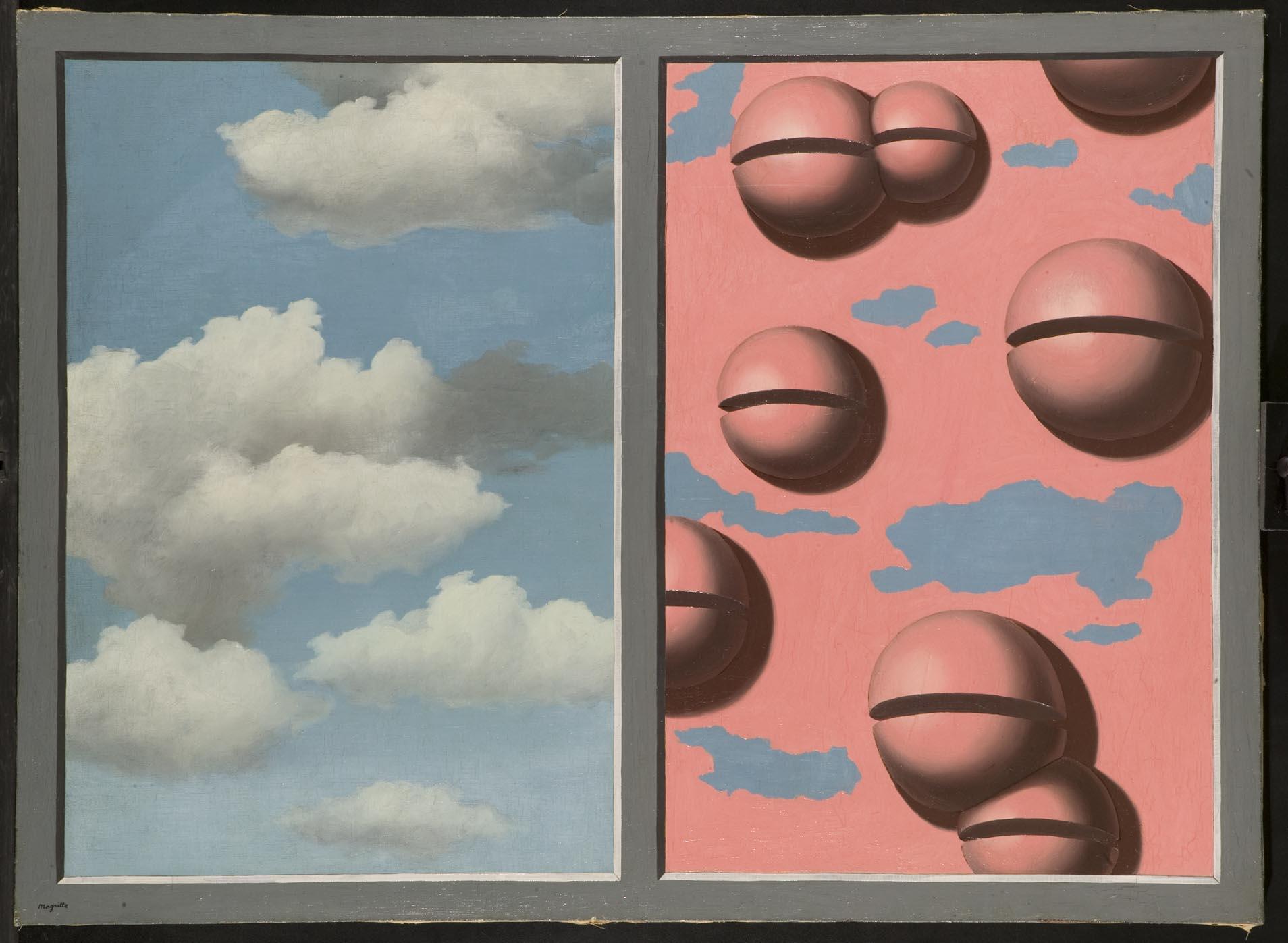