This is something i have been thinking about for awhile. I would really love to get some basic studio equipment together and travel through the jungles of south america/africa/asia recording indigenous people's music.

Has anyone been part of a simliar adventure or know anyone who has?

Also any suggestions about recordings previously made in a similar way?

This is something i have been thinking about for awhile. I would really love to get some basic studio equipment together and travel through the jungles of south america/africa/asia recording indigenous people's music.
Click to expand...

if i was you , get an indeigenous person's email addy and send em a copy of fruityloop?

that must have been fantastic. i am really jealous.

i know its really nothing new, but i think it is something to look into every once in awhile.

how long were you there for?

Lost in the Supermarket

In the same vein.


ryan17 said:
Also any suggestions about recordings previously made in a similar way?
Click to expand...

I dimly recall reading something within the last year about a tribe who's music is made from slapping water in a stream/river. The writer noted that he was amazed at the range of sound the tribal musicians could get simply by manipulating the water.

I remember wondering what that would sound like and then completely forgetting that I read it.

Has anybody got any other info, sound samples, or links to purchasable media?
M

I had the idea once of recording England's indigenous classes, making recordings of the crowds at a football match, Wimbledon and a foxhunt. But then football went all "middle class" so I abandoned the project.
R

Sounds of the Universe did a field recording album in Haiti - all voodoo drumming IIRC. You might contact them cos that's a pretty harsh environment/subject.

With the technology available it ought to be easier than ever. Let Woebot be your inspiration.
C

you might be interested in Quiet American - mostly field recordings (not music) of vietnam and other places- tons of mp3s on his site.

how long were you there for?
Click to expand...

twas woebot's trip really
i was jus tagging along in bez like capacity
i was there about 6 weeks, i think?

brazil, madagascar, baha cali, socotra, touba, ... too much plans, too much inertia


i always fancied getting portraits of tradespeople, in brikky market for instance, gots to be conscious of being culturally condescending tho

ryan17 said:
This is something i have been thinking about for awhile. I would really love to get some basic studio equipment together and travel through the jungles of south america/africa/asia recording indigenous people's music.

Has anyone been part of a simliar adventure or know anyone who has?

Also any suggestions about recordings previously made in a similar way?
Click to expand...


hey ryan! its the commonplace observation that the world has now shrunk so small that even those lost nooks and crannies of the himalayas, the central african rainforest, the archipeligos of indonesia (doffs cap) have all been "corrupted" by the pervasive influence of "western" music. but i'm not entirely sure that its a correct observation. when you do get "out in the field" you see "indigenous culture" (plethora of inverted commas here!) is still pretty strong, that ancient music has still survived.

again its accepted wisdom by the ethnomusicological that greatest recordings were all made in the 50s by Ocora, Bam, Nonesuch etc. but there is still a fairly steady stream of new recordings coming out. semi-recent things like mickey harts recordings of gamelan have been recieved with huge critical acclaim, partly cos the recordings themselves are state of the art and the conditions of recording are handled with the utmost sensitivity (not just a case of rocking up with a microphone!)

yeah, so if you fancy doing it, why not give it a try. its certainly not been done to death. i suppose the way to make sure its worthwhile would be to invest a lot of time and energy into researching your trip. really trying to ascertain what hasnt been recorded, rather than just buying a marantz and a bucketshop flight. for the record sufi and mys trip was on a pretty different (almost diametrically different) tangent.
J

It is, I think, a fairly common part of anthropology fieldwork and I believe the big anthro museums in the UK have massive archives. Might be worth contacting EG the British Museum, the Pitt Rivers in Oxford or the Cambridge Arch and Anth museum.

for the record sufi and mys trip was on a pretty different (almost diametrically different) tangent.
Click to expand... 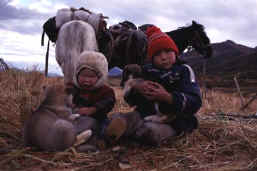 is that making any sense?

yes thanks that does make a bit of sense.

also more info on previous releases/expeditions of this nature so i know which things have been done prior and all that, would be great. clearly you are able to set me in the right direction more so then anyone else.

nah, tbh ryan, i reckon woebot have forgot more about 'the canon' than i ever knew - follow up those labels he recommended!
academically you could contact the ethnomusicology folk at SOAS(.ac.uk), i think the library there has a good selection & their department prolly do adventurous fieldwork
R

If you want advice on how to conduct field recordings in the most ethically sound, least disruptive way (and if you're planning on going somewhere truly remote, I think you have to be aware of the responsibilities here) there are several places to find that advice - one that I have on my shelf here is Helen Myers, Ethnomusicology: an Introduction (Macmillan, 1992).

(I've never done anything like this myself, I just picked the book up as a freebie from somewhere I used to work)
J

Hi,
As far as field recording equipment goes, depending on budget and skill levels, I would suggest either a Fostex FRSII or a Marantz PD670. Both are capable of high quality recording. The Fostex is the better tool: it is more flexible, rugged and can record at higher quality (24/192 is about as good as you are ever likely to get). It is however quite expensive and fairly bulky. The Marantz is smaller and cheaper (and also much cheaper build quality - this could become an issue in desert or rainforest environments), and is quite fussy to setup and use. A good mic would be the Rode NT4 stereo mic. You would also require a *lot* of CF memory.
FYI, my "field" recording experience is limited to the corporate jungle, but I use these tools + Soundforge on a regular basis.

It is, I think, a fairly common part of anthropology fieldwork and I believe the big anthro museums in the UK have massive archives. Might be worth contacting EG the British Museum, the Pitt Rivers in Oxford or the Cambridge Arch and Anth museum.
Click to expand...

The Sound Archives of the British Museum are one of the world's major sound archives (possibly the biggest). Selections of the ethnomusicalogical output are available on the Topic label. Many of the older recordings were made by Jean Jenkins for the Horniman museum. She was IMO the best field recordist of the them all - and I speak as someone who is in awe of David Lewiston. The six LP Tangent series (3 CD on Topic) "Music in the World of Islam" is full of simply astonishingly sublime music.

again its accepted wisdom by the ethnomusicological that greatest recordings were all made in the 50s by Ocora, Bam, Nonesuch etc.
Click to expand...

Really, why?
IMO, an awful lot of the really great Ocora output dates from the 70s and later, as does much of Simha Arom's work with the Aka Pygmies. I admit that the recordings he made for Barenreiter Musicaphon in the mid sixtie are spellbinding, too.
Topic, Inedit, l'institute du monde arabe are all making available music that is as good and interesting as anything recorded 30 or 40 years ago.
There are no definitive recordings of this type of music IMHO. What you get, at best, is a partial insight at the moment and place of recording.
Apologies for barging in. I couldn't help myself, it is really nice to find a site where people discuss this kind of thing

Joel --
A newbie who found this place via a semi random google for the term Ocora which led to WOEBOT's blog to here.
Last edited: Apr 29, 2005
R

Just want to echo the concern for ethical practice in doing this. Especially if you are going to save the recordings, or are thinking of using them or making them accessible.

Not even that I am sure what the ethical practice should be, but rather that you should think seriously about the issues involved, and also go through some worst-case scenarios (a la Enigma), and what you'd like to prevent or promote.
D

Ryan, you should find out if your school has any recording equipment to borrow. There's been plenty of times where I've borrowed really nice microphones and DAT players from my university for bootlegging, even though the equipment is for film students.
You must log in or register to reply here.
Share:
Facebook Twitter Reddit Pinterest Tumblr WhatsApp Email Share Link
Top