Ishmael Reed does an interesting rewrite job in mumbo jumbo, retelling the moses and Jethro story but casting moses as villain.

And I really like crumb's genesis, read that a couple of times.

Top Bible adaptation for me is Chester brown's gospels

moses is to abel as yetro is to cain (but reconciled)

that is a fair criticism, it's a Book Club Book but the content of it is the thing
C

Chester brown's done a good Job comic as well. I'll try get a scan together.

Are you reading the King James Bible version of these books or a different Torah version?

Actually, you are probably reading in the Hebrew?
C

found a few scans i made years ago for a friend, some of the pages from Chester Brown's gospel adaptations 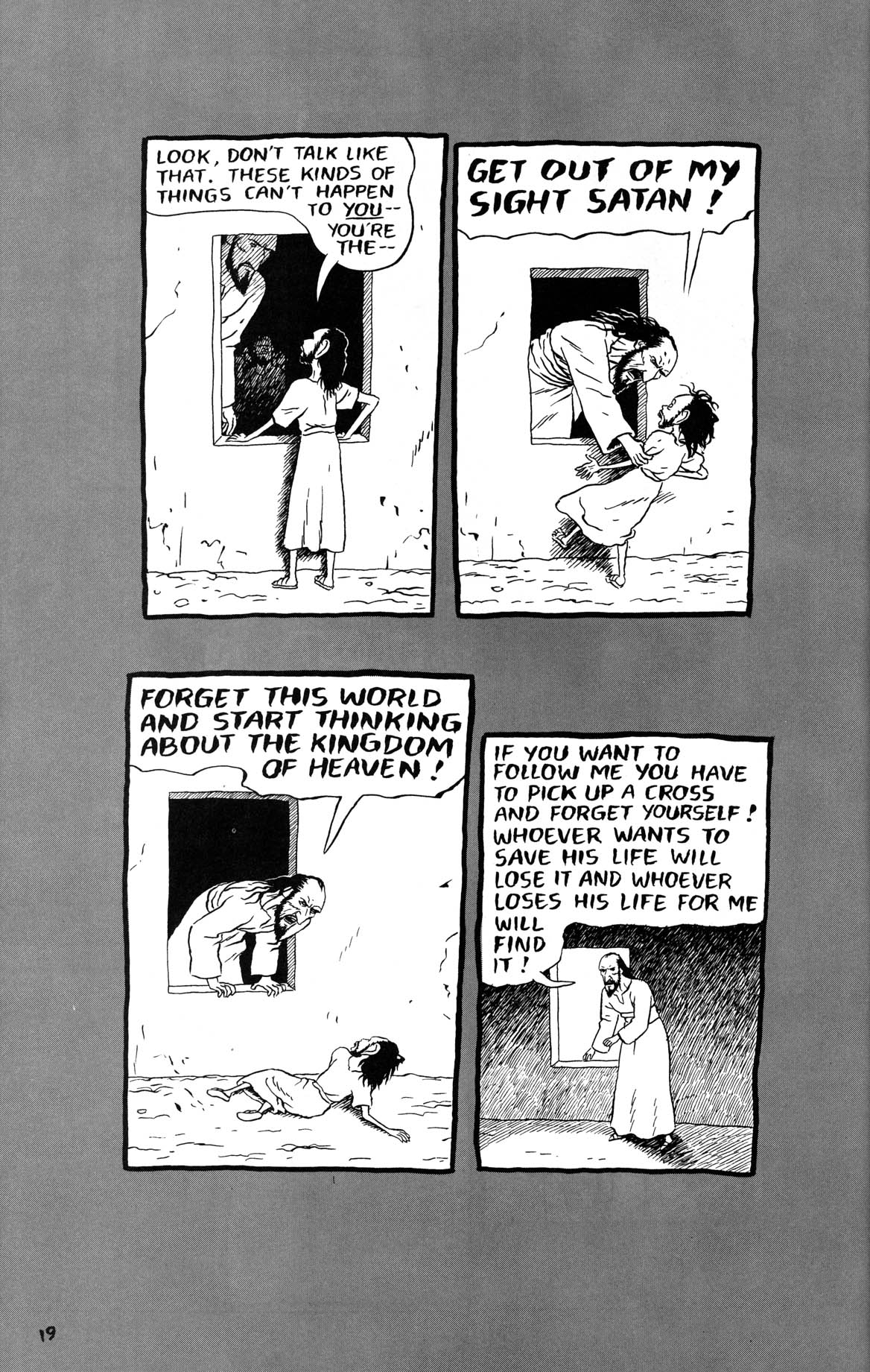 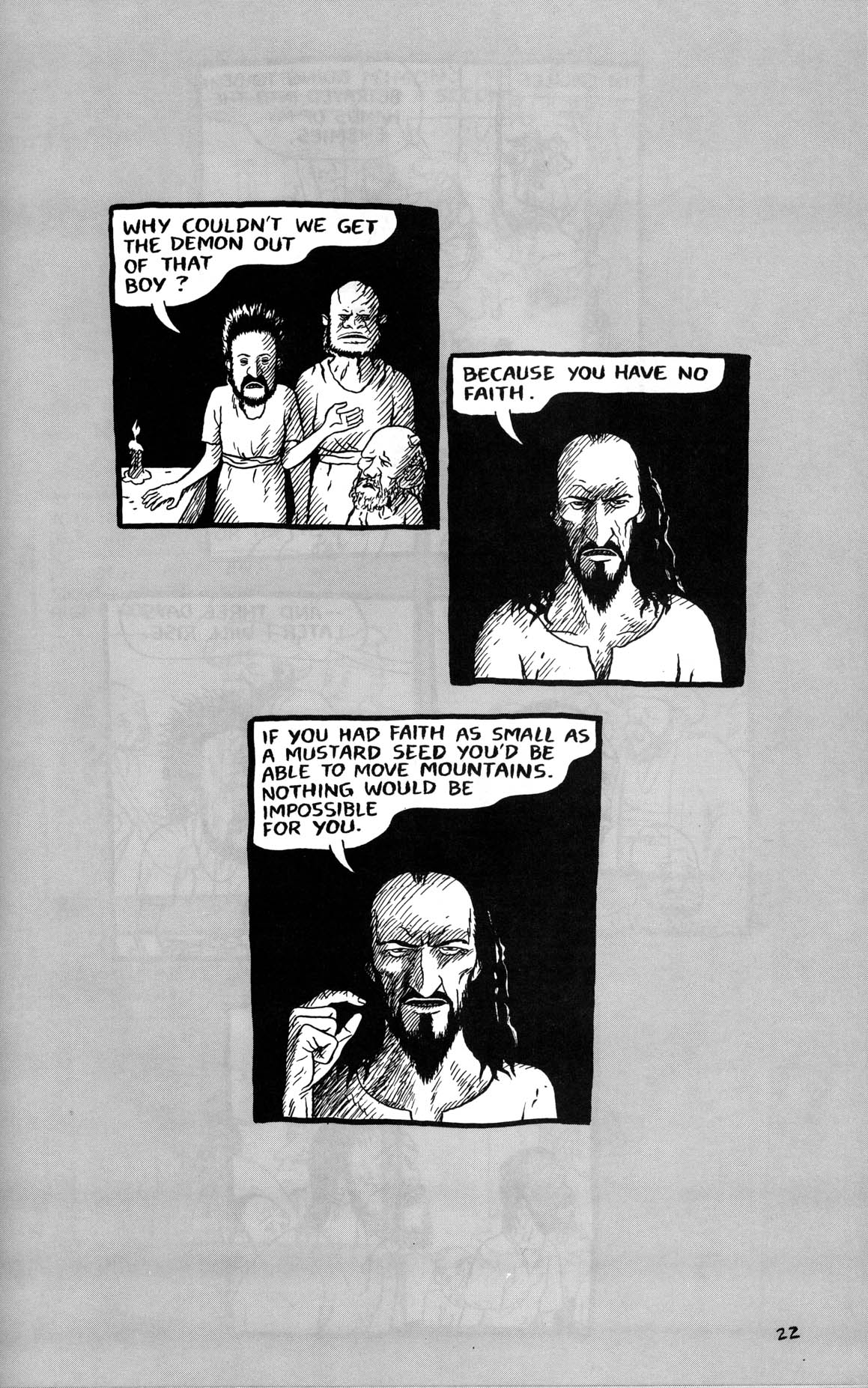 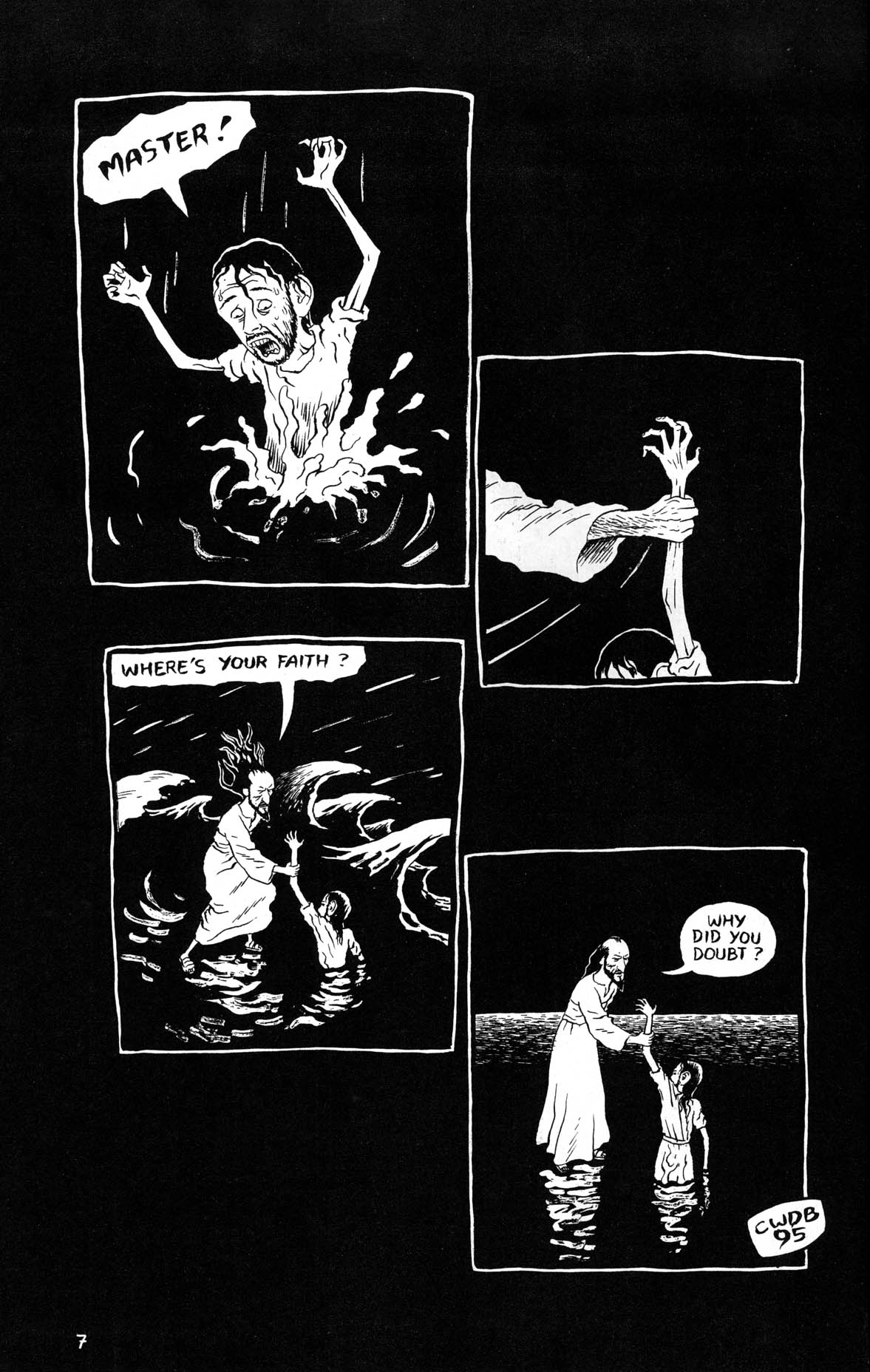 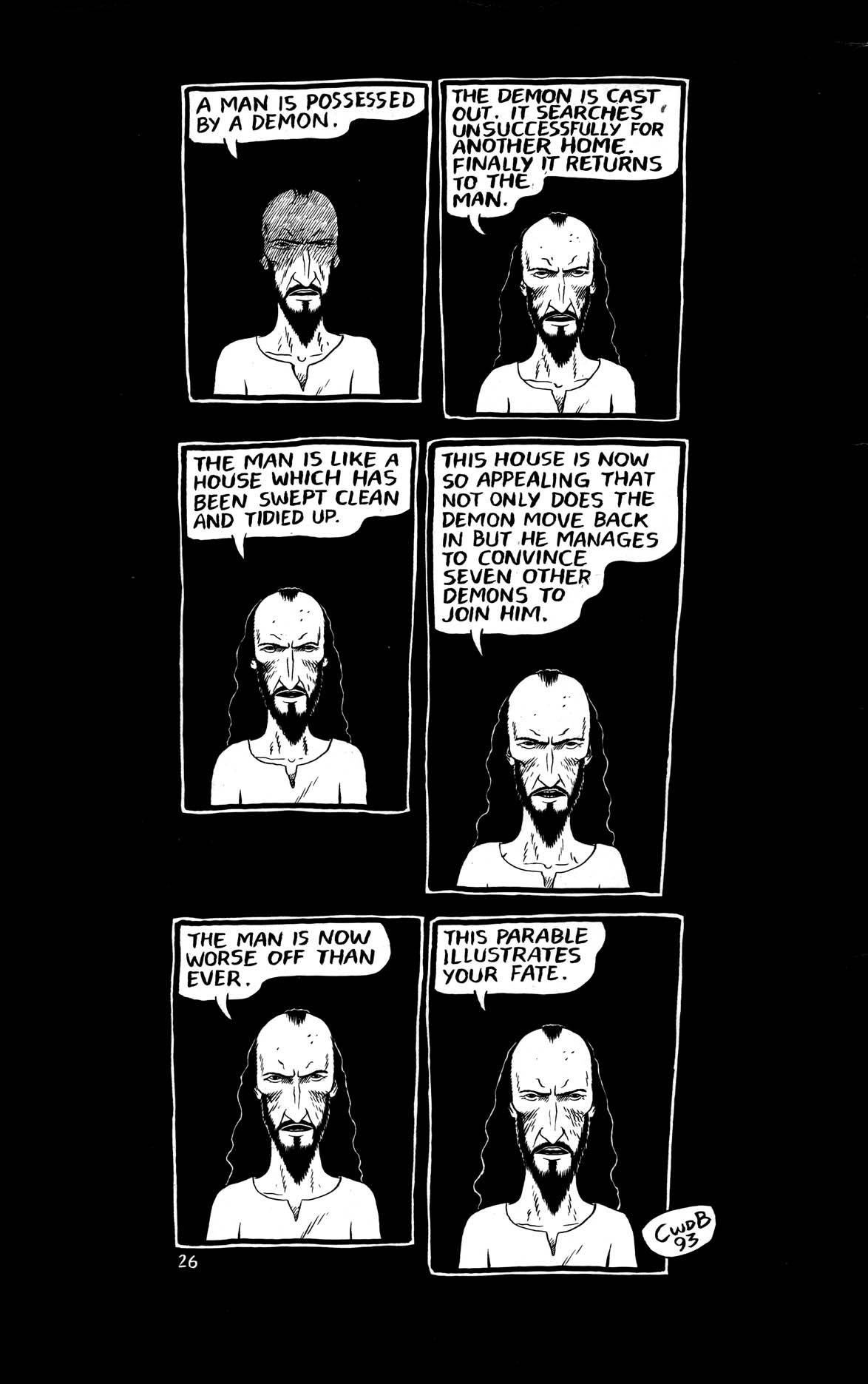 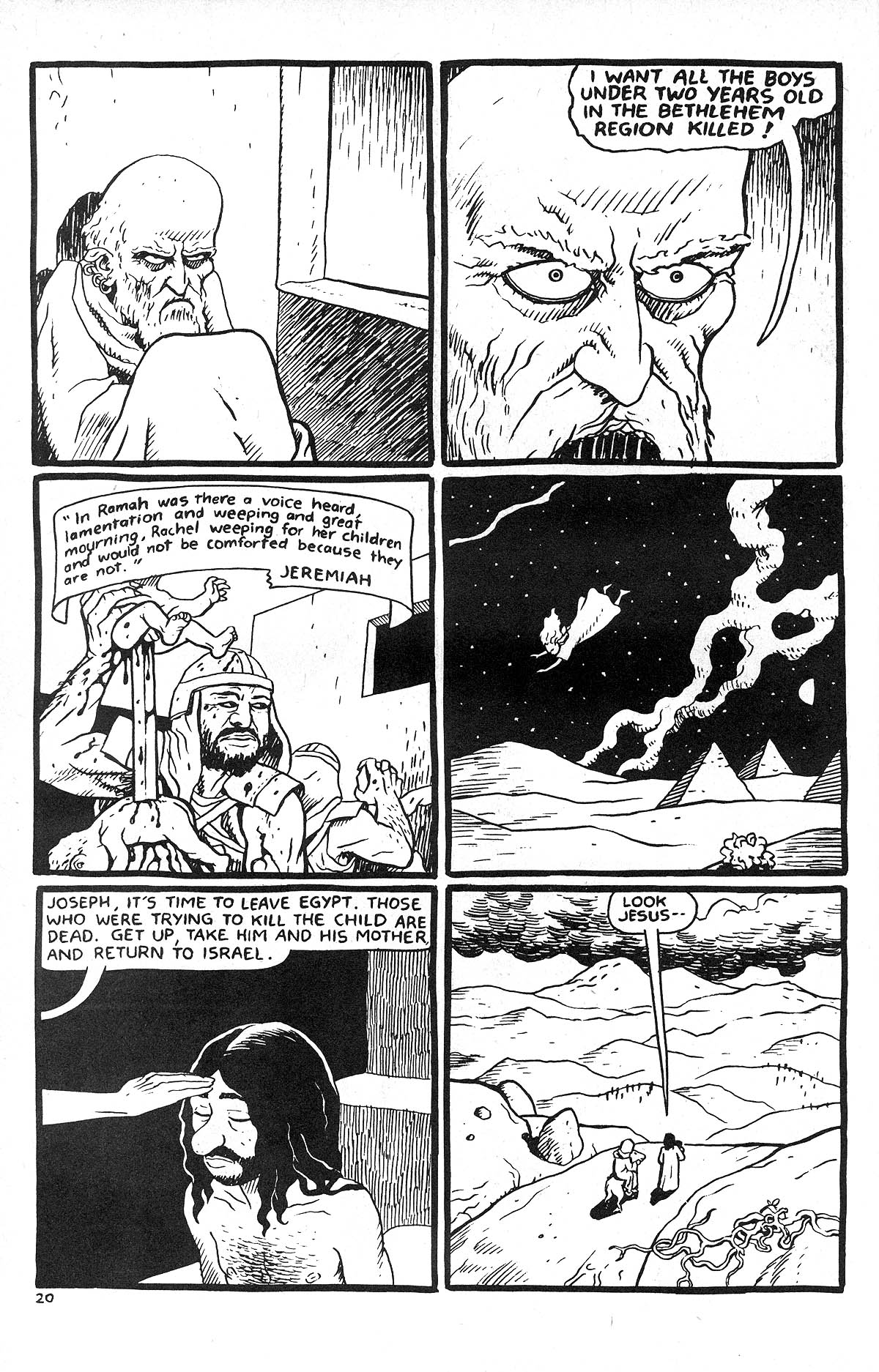 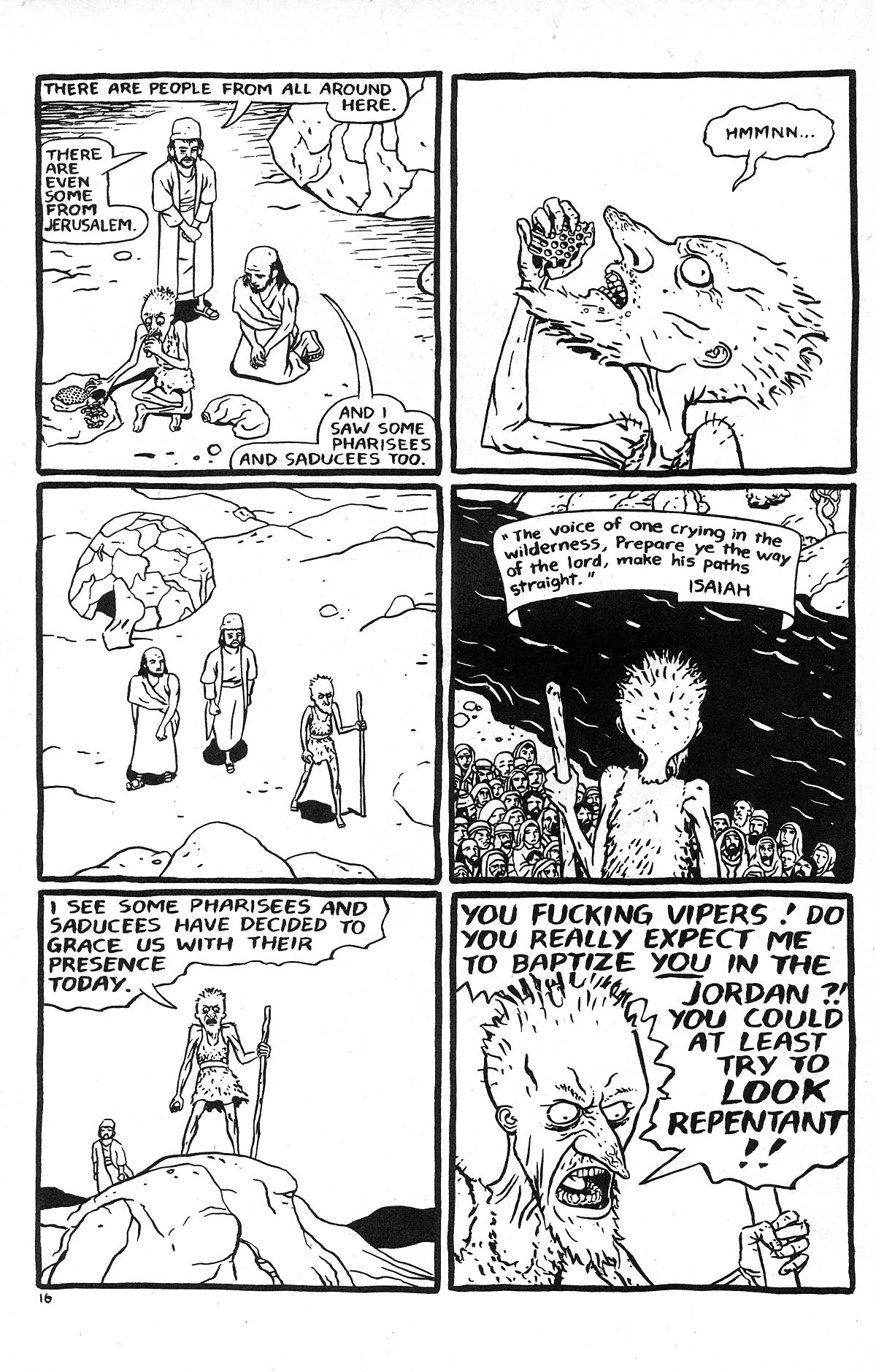 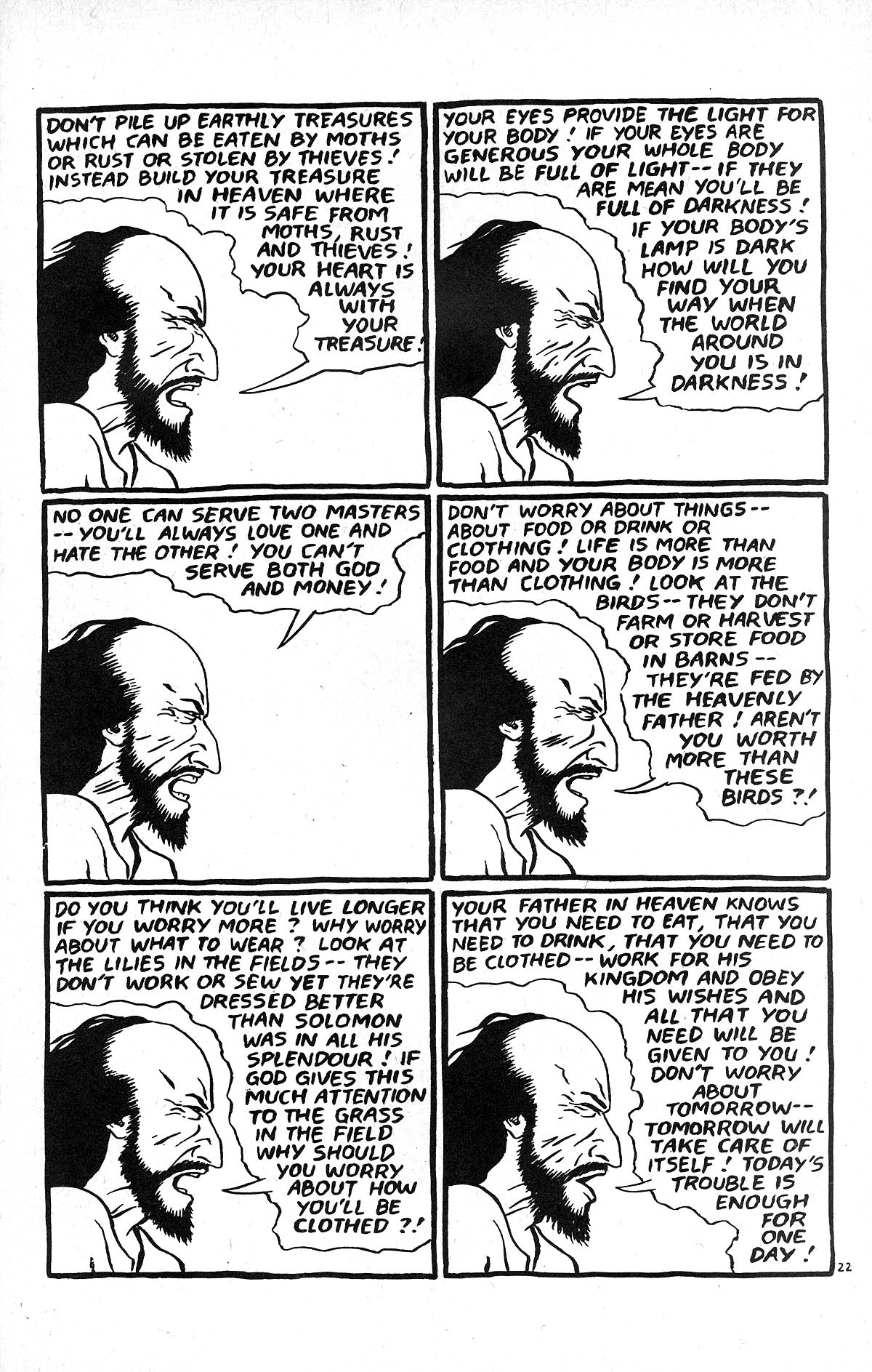 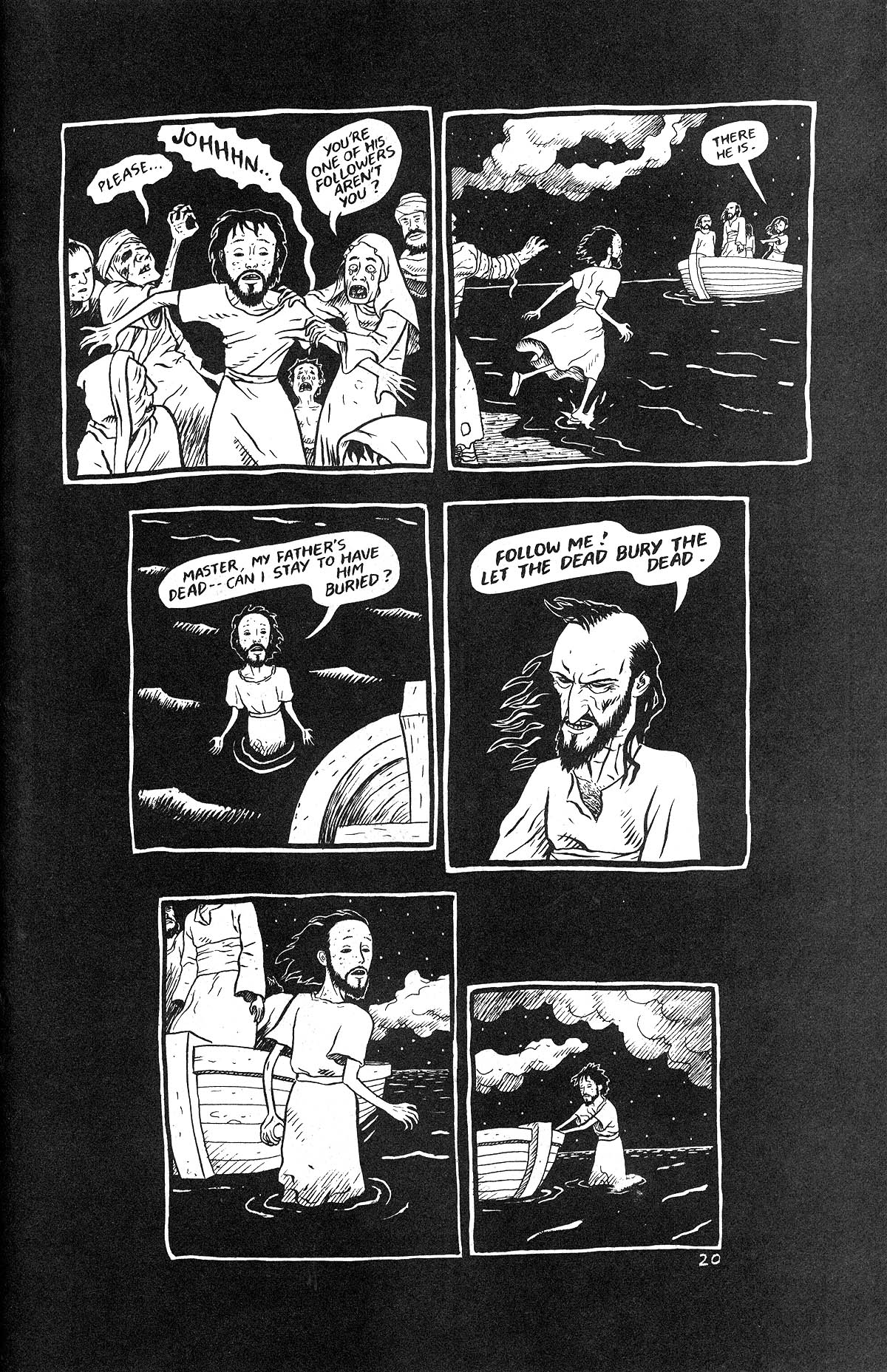 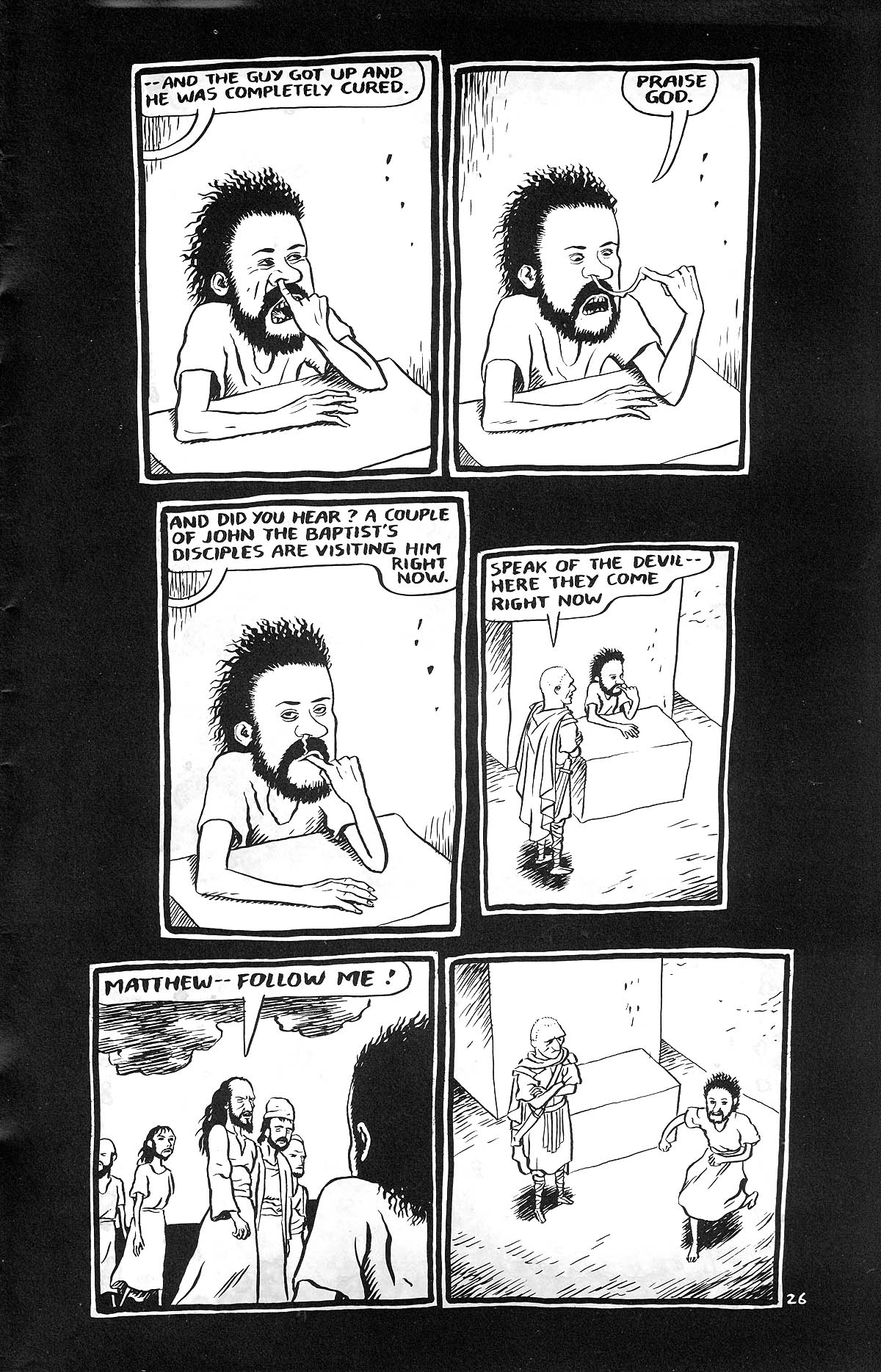 Are you reading the King James Bible version of these books or a different Torah version?

Actually, you are probably reading in the Hebrew?
Click to expand...

Mary Wept over the Feet of Jesus - Wikipedia

en.wikipedia.org
this looks like such a scandal that it must be good
C

cheers i'll try get my hands on that robert alter.

chester brown is brilliant in my opinion, but he's pretty insane / controversial as well.

that new book, mary wept, is well worth picking up. he does a good version of the talents parable in it.

he argues that he sees the "real" intention of the story, which has been disguised / hidden / altered by prissy Christians.

So he makes it all about God rewarding people who spend all their money on gambling and whoring, as that is a more fitting use of a "talent".

He's a really amazing cartoonist, tho not for everyone. He basically broke up from a long-term relationship in odd circumstances (she asked if he minded her sleeping with someone else, he said fine) and went onto become a frequent user of prostitutes.

This led to him writing a memor of his expereinces, which is really interesting (https://en.wikipedia.org/wiki/Paying_for_It). He basically makes a radical pro-prostitution argument, arguing that it makes more sense than a "normal" monogamous relationship...

He's also a lapsed Christian, so he then set about looking at all the stories in the bible related to prostitution and sort of reimagined them all, which is that mary wept book.