Actually, the novel is on hold for the moment while I prepare a vicuous polemic against the Welsh Language lobby, for local publication. I'm going to rip open some deep wounds in the "Mother country".

And I'm Welsh but very against the Welsh language mafia crippling Welsh Industry, Media and the absurd Welsh "Assembly"

luka said:
Nationalism in Europe is rampant. But on a small scale, ironically encouraged by the EU. They have funded micronationalisms, for example Wales, Scotland, Catalonia, Venice, to undermine the Nation State, and build the European project. It's a mad concept that simply encourages more recidivism, backward thinking and self-destrucive politics. Wales is a prime example. The Welsh cultural and political elites have built on the ridiculous Welsh Language Act, forcing state school kids to study the Welsh language up to the age of 16, rather than something useful like German, and all public sector bodies to publish in Welsh and English with no extra funds for translation and material publication (everything duplicated in ink on paper sent out with envelopes which about 90% of the population ignore and throw away because they don't speak or read Welsh).
Click to expand...

The Welsh nationalism that eventually found political form in Plaid Cymru defined itself in conscious opposition to this tradition. From inception, the focus of Welsh nationalism was language: this came to be the basic element of Welsh identity, and its legal and cultural resurrection the foundation of independent nationhood. The significance of this fact lies in the nature of the English-speaking regions of Wales, as described above. Welsh nationalism was at root a vision of Wales centred on the Welsh-speaking, rural communities idealised as uncontaminated by the external and foreign influence of the modern industrial world. It was, basically, nativism, with a reactionary right-wing tendency at its core. This is difficult to recall now, as Plaid Cymru eventually followed the liberal path of D.J. Davies, but the unadulterated, authentic heart of Welsh nationalism was, at this stage, personified by Saunders Lewis.

This vision of Welsh identity was regressive and insular, based on an artificial aesthetic of ruralism, provincialism, a cult of the past augmented by Welsh folktales and Celtic legends, Bardic traditions and peasant superstitions. Lewis was a Roman Catholic and brought to Plaid Cymru the influence of French Catholic conservatism, Charles Maurras and Action française (his ally Ambrose Webb wrote, “It is a Mussolini that Wales needs!”, 24). By the Second World War, this Plaid faction was propounding an anti-democratic, extra-parliamentary platform that called for abstention from the ‘Imperial War’ against Hitler and a form of direct action that led to an arson attack on RAF Penrhos in 1936. Lewis was incarcerated in Wormwood Scrubs for this adventure and became a martyr for the Welsh cause, electrifying activist sentiment within the more militant Welsh-language communities (although many couldn’t have cared less). Welsh nationalism never took this radical course but did reframe the idea of Welsh nationality along the lines of language rights and a rural aesthetic that found expression in, for example, the Welsh Language Act of 1993 and the professional regeneration of the Eisteddfod. This retrogressive and insular notion of Welsh identity found home in a ‘liberal’ nationalism formulated by a primarily middle class milieu attached to Plaid Cymru, the Church, the University of Wales and the provincial BBC. For these people, language became a political weapon in a culture war.

This had an indirect effect on Swansea, which had no remaining Welsh-language enclaves like Cardiff, and maintained a residual, resolutely anglicised culture which had been the basis for its civic and cultural identity during the years of industry. In reaction to the new cultural and political definition, or ideal, of ‘Welshness’, Swansea’s sense of self-identity crumbled alongside its vanishing industries in the 1980s and 90s. It had no clear way to orientate itself in this new, post-industrial Wales of the Assembly and the Language Act. Its major industrial history, like that of the Valleys, was reduced to perfunctory heritage trails and unenthusiastic school trips, or dismissed as a legacy of ecological disaster in the case of the Tawe and Swansea Valley. Swansea’s greatest cultural achievement — the outward-facing, expansive, experimental, anglicised coterie of the 1930s-50s — was eclipsed by the capture of Dylan Thomas for the Welsh cause, despite his own antipathy to nationalist sentiment and his own conflict with Welsh identity that both animated and distorted his work. Swansea, itself, was reduced by this new idea of the nation: both the complexities of the “two-tongued” city characterised by the anglicisation of its rural, Welsh-speaking settlers, and the Anglo-Welsh culture of its elite and middle classes that found literary expression in the work of Dylan Thomas and Vernon Watkins, were downplayed and even erased by this political project. This was a large part of the reason why, despite the apparent health of the Dylan Thomas industry, Swansea struggled to capitalise on or communicate the full significance of its own past: that past was now debased currency in Wales. Swansea, like Newport and Barry, was shortchanged by Welsh nationalism: nationalism was not interested in Swansea, or in its interests.
Click to expand...

They take you up on Townhill at night to see the furnaces in the pit of the town blazing scarlet, and the parallel crossing lines of lamps…If it is always a city of dreadful day, it is for th…

I am an eloquent enemy of nationalism, I must say.

The Welsh language, like Gaelic, deserves a place in the world, but having studied and lived in Cardiff, the language nazis and the way they infiltrated a lot of work place environments/pointless platforms (eg road signs) grated

My grandparents spoke Welsh, my Mum does, got smidgeons here and there. The north-Walian contingent in Pontcanna is strong and it’s akin to a gentry. The awfulness of the stiff, uncompromising lack of perspective is atrocious and corrosive - Cardiff uni was big about bilingual options secret wink on certain modules. I never felt it was actually helping anyone

The cottage burners. They just looked like this sad troop compared to the Ra, but at least Wales dodged the sectarian bullet

WashYourHands said:
The Welsh language, like Gaelic, deserves a place in the world, but having studied and lived in Cardiff, the language nazis and the way they infiltrated a lot of work place environments/pointless platforms (eg road signs) grated

My grandparents spoke Welsh, my Mum does, got smidgeons here and there. The north-Walian contingent in Pontcanna is strong and it’s akin to a gentry. The awfulness of the stiff, uncompromising lack of perspective is atrocious and corrosive - Cardiff uni was big about bilingual options secret wink on certain modules. I never felt it was actually helping anyone

The cottage burners. They just looked like this sad troop compared to the Ra, but at least Wales dodged the sectarian bullet
Click to expand...

Agree with all of that. A majority of people feel like this too when they start talking among themselves, but have to pay lip-service and equivocate in the face of government-mandated language policies which consider any criticism of said language policies to be a form of discrimination. Nobody is saying that people shouldn't be allowed to speak Welsh!

The wonderful irony of the whole thing is that North and South/West Walian Welsh speakers also hate each other and have bitter fights over which kind of Welsh should be spoken.
Last edited: Feb 24, 2021

Which just shows that once you start down this route then you enter a world of endless, smaller and nastier internecine wars based on fantasy and ignorance.

West is best etc. Parochialism. Inward looking. Had it with tons of job applications. Gruesome

Abolish Wales I would. I'd be willing to accept them as West Englanders.

Gonna tell my Mum on you

London as a peasant outsider visiting for the first time to Kilburn was a grey wonder. Battersea Rise too. You get shown round Richmond Pk and stare into the Thames picking up clay pipes from fuck knows where

Those first visits were loaded with a tension from bombings and the potential for more, murders at home, a melee into infiltrating this place where all these heathens lived. Except it was just a city and you realise half of what you’ve been indoctrinated with is bs and to find a place to kick a ball round with cousins
L

It’s like that map pic you (I think) put up about your own city, or DC’s beltway

Football it’s been the ego of some clubs, eg taking it as a given Chelsea are all cunts even before big investment, Spurs and their passing philosophy of glamour girls like G Hoddle, George G and one nil to the Arsenal on the dirge front who then went 180degrees and invested in the club. All the east side madness. The rolling lol that is Crystal Palace. QPR never doing fuck all. On and on

Civilised fellows (these videos are so fuckin corny)

Craner just sent me this 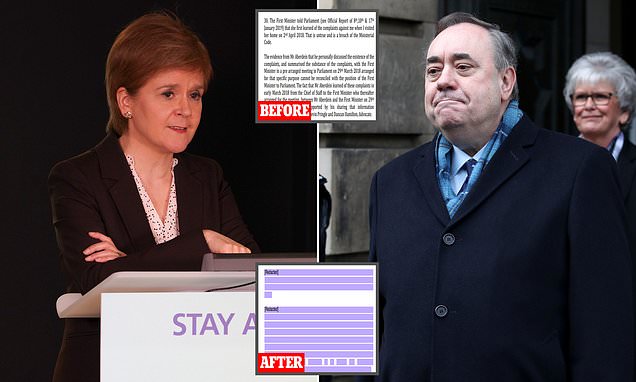 ANDREW NEIL: How Sturgeon turned Scotland into a banana republic

ANDREW NEIL These are dark, even dangerous days in Scotland.

Corpsey said:
Maybe we should all move to Barry and make it an intellectual hub.
Click to expand...

IdleRich said:
I wil have a think but @DannyL
and I think @woops and @john eden are all in the neighbourhood still and probably know much better.
Click to expand...

Things may go full Caligula after lockdown though.