luka said:
can you explain what dialectic means for me D? i've never really got to grips with the term.
Click to expand...

The way I understand it, a process of contradiction that results in progress. Thesis and antithesis and the tension between the two produces a reaction which leads to a solution. So three stages... Problem - Reaction - Solution. Or in the case of Adorno - Negative Dialectics - the outcome need not be a solution.

sounds complicated. do you view the process of reality manufacture in that way?

i only know it by the David Icke method where it certainly does make a lot of sense and has a lot of explanatory power.

luka said:
sounds complicated. do you view the process of reality manufacture in that way?
Click to expand...

Not really. I'm not much of a philosopher. I like Vico.

The true and the made are convertible.

what does that mean? i dont understand the word convertible.

He means that you only feel that you've truly made it once you own a convertible. 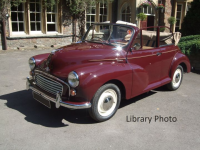 Interchangable. The Truth is what is made. It's the opposite to 'I think therefore I am'

what does made mean? i dont think i understand what it means in this context.

Beckett and Joyce were fans of Vico. Now Joyce in particular I don't understand but Vico I think I can just about understand, or have formed my own understanding of it which is probably wide of the mark. I see it more of a realist point of view compared to Descartes who views truth more as an idea, for me the truth is plain and simple, more scientific.

See what you think of the below paragraph.

Vico emphasizes that science should be conceived as the “genus or mode by which a thing is made” so that human science in general is a matter of dissecting the “anatomy of nature’s works” (DA, 48), albeit through the “vice” of human beings that they are limited to “abstraction” as opposed to the power of “construction” which is found in God alone (DA, 50–52). Given that “the norm of the truth is to have made it” (DA, 52), Vico reasons, Descartes’ famous first principle that clear and distinct ideas are the source of truth must be rejected: “For the mind does not make itself as it gets to know itself,” Vico observes, “and since it does not make itself, it does not know the genus or mode by which it makes itself” (DA, 52). Thus the truths of morality, natural science, and mathematics do not require “metaphysical justification” as the Cartesians held, but demand an analysis of the causes-the “activity”-through which things are made (DA, 64).
Click to expand...

much too hard for me. can't make head nor tail of it.

I can't make head or tail or most philosophy, post-Descartes, so that I see as a simple get out clause for me. Disagree with Descartes and write off most continental philosophy.
S

This is what i understand about what dialectic means anyway.

I've been reading this book of interviews with people in a small northern town and the author uses the term dialectics in a slightly different way, talking about how someone he talks to refers to people he considers "lower" than himself as "scrotes", although he relies upon them for his income.

And he says this guy is trapped in a dialectical situation, cos other people would most likely consider him a scrote himself.

I think this happens whenever someone calls someone else a hipster. It's a takes one to know one situation.
T

Gus is wrong as always, feminism has more to do with pre-Marxian craft union forms of socialism. He hasn't done his homework, instead surrendered to Baudrillards meaningless media studies exegeses.
T

Media Studies and Film Studies students killed hardcore continuum. Worst subject in the world. Should be wiped off the surface of the earth with all of its students and its simping fans. Kill kill kill.
T

luka said:
i only know it by the David Icke method where it certainly does make a lot of sense and has a lot of explanatory power.
Click to expand...

i havent taken drugs in about a year you cheeky scamp and i havent had a drink in a month. you dont understand the Socratic Method that's your problem.

There's only one way to settle this...

suspended said:
Feminism clearly picks up the Marxist maneuver, which is [emphasize to disempowered groups all the ways they're disempowered in order to shake up & anneal (under a new equity regime) class relations]. The long-term gambit is that half-truths and exaggerations of disempowerment are an instrumental good to this re-annealing. But in a system that's shown itself anti-fragile to agitation (it'll adjust to your complaints, but never revolutionize itself beyond the minimum required), this gambit is no longer economical, it actually hurts the very groups it purports to work on behalf of, undermining the group's identitarian self-esteem, changing their perception of the world to something much more antagonistic (or apathetic) to their plights.

To get concrete: women thinking the conviction rate on rapes is 6% or 12%, when it's really 58%, or that they make $.72 on the dollar for the same exact job, or that 1 of 4 college women is sexually assaulted, does no favors to anyone except the revolutionary, who prays the stirred-up outrage and anger will come to a head. The disempowered groups are not being protected or advocated for by revolutionaries; they're being used. Their subjectively perceived conditions degrade as the statistics grow ever-grimmer, and with it tanks their sense of security and value—which allows them eventually to dehumanize other identitarian groups, a precondition for wheeling out the guillotines.
Click to expand...

in some ways hes just spelled out what barty was saying with his original 2 posts but hes done it in a way i think only he has the intellectual horsepower, focus, energy, vocabularly, to do. i dont think anyone else here could do it, except poetix. we are all way too thick and wooly minded.