The is very different. It's a fun campy sci fi made for tv

Also which is your fav. PKD? Ubik?

I think ubik yep. It used to be valis. And yes I like world on a wire. It's well worth watching

The stuff about his house being ransacked reminds me of Hemingway and the feds.

This man, who had stood his ground against charging water buffaloes, who had flown missions over Germany, who had refused to accept the prevailing style of writing but, enduring rejection and poverty, had insisted on writing in his own unique way, this man, my deepest friend, was afraid — afraid that the F.B.I. was after him, that his body was disintegrating, that his friends had turned on him, that living was no longer an option.

Decades later, in response to a Freedom of Information petition, the F.B.I. released its Hemingway file. It revealed that beginning in the 1940s J. Edgar Hoover had placed Ernest under surveillance because he was suspicious of Ernest’s activities in Cuba. Over the following years, agents filed reports on him and tapped his phones. The surveillance continued all through his confinement at St. Mary’s Hospital. It is likely that the phone outside his room was tapped after all.

In the years since, I have tried to reconcile Ernest’s fear of the F.B.I., which I regretfully misjudged, with the reality of the F.B.I. file. I now believe he truly sensed the surveillance, and that it substantially contributed to his anguish and his suicide.

I was in Rome the day he died.

I did not go to Ketchum for the funeral. Instead I went to Santa Maria Sopra Minerva, one of his favorite churches, and said goodbye to him there. I recalled a favorite dictum of his: man can be destroyed, but not defeated.
Click to expand...

A friend of Ernest Hemingway recalls the last year of his life, when he suffered from depression and paranoia.

Did you read the McKenna thing?

Half of it then read the K-Punk thing instead.

reading valis and his exegesis was oddly touching/relevant to my own 2016-2017 experiences. but of course i got distracted and didn't read the rest of the divine invasion trilogy nor his earlier books.
maybe i should revisit the religious stuff with a more critical eye, the idea that zebra is the bip is very unnerving.
but the revelation at the end of the first section of the exegesis that 'haShem is both the Kosmokrator/Demiourgos and the God of LOVE, there's never been anyone but haShem' hit me.

version said:
I loved that Crumb strip on his religious experience with the pink rays too.
Click to expand... 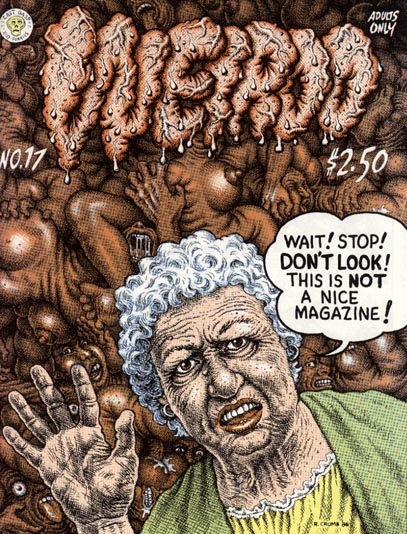 I have added a link to a .cbr file ( Comic Book Archive) to download and read on your electronic device if that would be easier for your enjoyment of the story. The Religious Experience of Philip K.

really bucking the burroughsian anti-one-god screed atm. embracing jewishness uncritically. i am a mystic dope headed reactionary and none of you are going to stop me

I've come close-ish to God-belief though usually entails thinking I am God or that I have intersected with God-consciousness or that God is a reality function we have to sieze from whoever currently holds it.

luka said:
God is a reality function we have to sieze from whoever currently holds it.
Click to expand...

very sympathetic to this view and love your posts in this vein.
the control room is always empty when you get there - its never been anybody but you.
to practice Torah we must fully embody Torah. we must mutually remake the blueprint in our image, and our own image on its blueprint.
yosef advises far'oh to "look out for a discerning, wise man, and set him over the land of mitzraim", knowing full well he has to be the guy. that kind of authority is something that must be seized on, not (primarily? necessarily?) in the sense of political will but in the sense of some fucking self-control, self-remaking. somebody has to and nobody else will.
in the five percenter idiom: feed and teach the kids, or nobody else will - show and prove, there are no 'alien gods' or 'mysteries'. universal salvation has fits and starts, its a protracted war* and its ground is quotidian, human life.

*but then, if the control room is empty when you find it, who is the war on? who are the prison operators?

Anyway good post. I'll come back to it.
P

One thing that really struck me back when I went on a big PKD reading binge in my teens was how vitriolic his dislike of (some) women was. He's a bit like D. H. Lawrence in that: some of his most psychically villainous characters are women who are portrayed as total energy vampires, poisonous neurotics, a menace to the well-being of all around them. It's something other than standard or straightforward misogyny (although I think it is misogynistic), because it meshes in a particular way with the paranoiac worldview. That which was supposed to be a source of comfort and nurture in the world has become its opposite, an intensely localised symptom of the wrongness of reality in general.
You must log in or register to reply here.
Share:
Facebook Twitter Reddit Pinterest Tumblr WhatsApp Email Share Link
Top