linebaugh said:
View attachment 7947
heres gen 28 of 'saturn devours his son' in the style of francis bacon
Click to expand...

there's quite a lot of seafood going on in this image 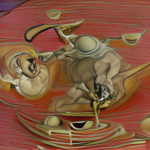 @william_kent is there aplateau point or if I leave this running for another hour will I come back to a masterpeice?
W

linebaugh said:
@william_kent is there aplateau point or if I leave this running for another hour will I come back to a masterpeice?
Click to expand...

there's a high miss to hit ratio - I've found that if you leave it to do its thing for about 10 minutes then you can tell if it will be any good or not - if it looks like it is shaping up, leave it running, otherwise sack it and tweak your phrasing - there's a few tricks you can employ with the text prompt - using the pipe symbol ( | ) you can do stuff like:

saturn devours his son | in the style of francis bacon | artstation

which will deliver you better quality images

and yes, there can be a plateau where if you leave it running too long it will "overfit" as they say, and basically ruin what it was doing - I've been playing with neural networks for a few years now ( image and text generation ) and the trick is to pick the sweet spot

I found with text and image generation that after so many iterations it may end up plagiarising the material that the neural network has been trained on - a few years ago I trained a neural network on purely boomkat reviews and after a certain point I recognised the text that it was generating..
Last edited: Aug 15, 2021
W

but, to be honest, if it was me I'd abandon that attempt and start again...
W

do not google this word
W 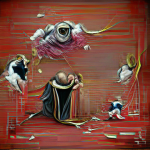 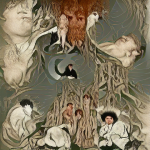 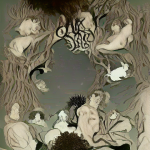 sometimes the AI will misinterpret what you mean... 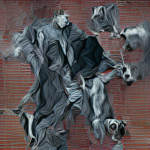 the AI has interpreted "bark" as belonging to a dog, not the "skin of a tree"
W

here's one that was originally intended for @catalog's treeshagging thread 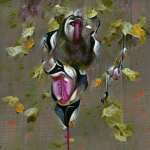 william_kent said:
another trick is to also put the url of an image in the image_prompts parameter - the nn will try and copy the style of the image
Click to expand...

Ah see I was just putting 'saturn devours his son' and then uploaded a francis bacon painting for reference. Did not know you were putting 'in the style of' in the text prompt
W

| is a magick symbol

All around the great oaks sang them to sleep and dreams | in the style of max ernst
Click to expand...

this is almost indistinguishable from a max ernst painting

the units- the slurs and squiggles and wetness - he paints with look to be the same the AI uses to generate images. You can see it in early renders or in the negative space of renders where the AI isnt sure what to do.
W 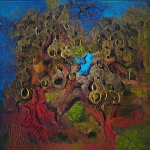 i quite like this one, the way the blue shape in the centre "pops" out, distorting the perspective, causing the shapes of the 'trees' in the background to be reminiscent of Ernst's The Barbarians or The Angel of Hearth and Home

can you get a good render in the style of philip guston? that seems to be stumping the machine
H

linebaugh said:
It was some website that auto generates motivational posters. I forget the name though. @version probably knows i
Click to expand...

linebaugh said:
It was some website that auto generates motivational posters. I forget the name though. @version probably knows it
Click to expand...

still dont know, and I guess version didnt either