I haven't seen any of them.

Cam (2017 I think)
Starts well, seems realistic view of a girl who makes money from stripping for tips online and getting more money by interacting with them. Quite interesting, how it takes over your life, how you compete with other girls etc not seen it portrayed before. But then they introduce this mystery and it's interesting at first but it feels they don't know how to finish it off and the whole thing fizzles.

@version just watched The Hangover Part III and he doesn't know what to think.

By the third one it had degenerated from the cheeky adventures of some boy-men precipitated by their strange friend, to them joylessly going the though the motions once again due to the shitty actions of their cuntiest mate who had long ago lost any redeeming features.
C

Maybe luke should do a thread on the gross out movie?
V

IdleRich said:
By the third one it had degenerated from the cheeky adventures of some boy-men precipitated by their strange friend, to them joylessly going the though the motions once again due to the shitty actions of their cuntiest mate who had long ago lost any redeeming features.
Click to expand...

It reminded me of the Fast and Furious franchise as they somehow went from dudes on a stag to being forced to steal millions in gold bars, abseiling down the front of Caesar's Palace and getting into fistfights and car chases with international criminals.
S

now, I am thinking that, it probably has to go at least once on every page of a thread, otherwise, how would they know which parts are offlimits?

I hope you will join me in posting these at least once per page, to keep the "MSM" off our backs
C

We could ALL make it our signature, would that help?
V

catalog said:
We could ALL make it our signature, would that help?
Click to expand...

Seconds 1966. I've seen it twice now and it's disappointing because it looks and sounds like it could be a perfect cold war thriller but all I ever remember from it is the grape crushing scene where they all shout "CRUSH THE GRAPE". 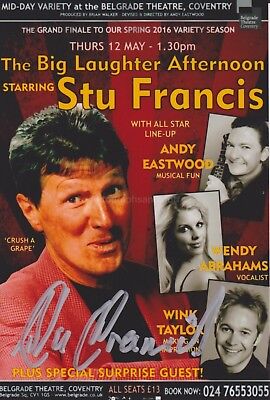 It is not an autopen or Pre Print. The item you are looking at is the item you will be getting.
www.ebay.co.uk
V

how does this stack up to the original? I imagine it's a hatchet job.
R

first cow.
only seen night moves by this director, which was a bit more plotty, and had more narrative momentum and tension, so maybe that was a bit misleading, as this is Slow Cinema, minimalist, more opaque, to my mind, a bit too self aware, and actually just not really about all that much, or maybe about something, but didnt make very much OF that something. i did like all the shots of foliage, the cow was quite nice, and perhaps i was just tired, but im filing it as one of those films that people cant actually be honest about out of fear of looking a bit like a philistine so have to treat it as if its something other than what it actually is. the dialogue felt really stagey, all a bit stilted, and unnatural, so the two buddies at the centre of the film just felt like cardboard stick men, and i think i would have liked to see more of the cow. how did the cow feel about everything going on? one of those films where it would have been good as a wry/dry/sly short, not a two hour, slightly detached, aloof, uninvolving feature.

Evilenko.
I watched this russian film yesterday and its about a russian stalinist under the government of Gorbatschow.
here a weird serial murderer evolves in like 2 minutes and after half an hour he suddenly eats his victims who are young children, like Hannibal lecter. At all it seems like a cheap produced Hannibal Lecter.
And the shit has such a bad storyline