Aliens: Do they exist?

entertainment said:
anyone seen the Sun Ra movie 'Space is the Place'?
Click to expand...

This points out that, if intelligent life exists beyond us, its signals could very well have been encoded into media, encrypted in such a way as to appear as noise to an outside observer. Interesting, and unfalsifiable, point.

Hmm. I wonder, statistically, embryologically, how common twins are. And what kind of conditions are required. And I wonder if, upon initiating some Tipler-esque universe computer, what the chances are that two radical intelligences emerge, and manage to dematerialize completely before the cosmic program halts.

Go a little further with that constant

This points out that, if intelligent life exists beyond us, its signals could very well have been encoded into media, encrypted in such a way as to appear as noise to an outside observer. Interesting, and unfalsifiable, point.
Click to expand...

I wonder whether it could be argued we've done this, perhaps inadvertently, via the internet.

To be sure, especially in my case, to theorize this stuff is to play leagues above one's element - but it very well could be possible to. It's what we've built ourselves to do, no?

"Matrix" and "maternal" are cognate, tracing back to womb, a place of creation. To dematerialize is to cease to be material, and, in a sense, to leave the matrix, or to transcend it, or to render it obsolete, etc. To graduate from it, perhaps, or to end it and everything.

That is, the matrix is only in conjunction with its material.

The program halt would be the terminus of the cosmos. If it is anything like a Turing machine halt, from what I gather - it only halts if an answer is reached. I could be wrong there though.

The question is, what kind of problem would the dematerialization of intelligent matter solve? The question that has rested at the root of all our questions for as long as we've been asking them? The question that has, itself, proven to be logophobic (repellent of logos), inarticulable, hardly done justice by the word "question"?

That would tie things together quite neatly. And it all grows/turns toward that point (referred to as the Omega point), but this growing is willed, and this will is diffused, until it is granularly nucleated into a colloid, into singularities of subjectivity, the kernels of psyches. This could be how matter begins to arrange itself. The kernels network into system-minds, etc, until that will, still disparate, is completely unified, at which point subjectivity itself ceases.

If you program something to arrange itself, who's in charge of its becoming? Can we finally see that as the low-resolution question that it is?

A semi-mythical godtech device said to be created by the <a href="/eg-article/49cfecbe8ed06">AI</a> Gods when they have a particularly intractable computational problem to resolve.

This is where I got "Tipler-esque" from. This seems to be a breathtakingly extensive information-based sci-fi canon, one that does well to present the sheer scale of things - and some of it might even be hard sci-fi, but I don't know.

version said:
Forget statistics and probabilities. What does your gut say? Is there intelligent life beyond this planet?
Click to expand...

craner said:
Has anybody here seen a big white light in the sky and then had their genitals experimented on? That's the real question.
Click to expand...

Also yes. But what's that got to do with aliens?
Ah, is it something to do with extra testicles?

version said:
"In July 1982, during the film's first theatrical run, Spielberg and Mathison wrote a treatment for a sequel to be titled E.T. II: Nocturnal Fears. It would have shown Elliott and his friends getting kidnapped by evil aliens, and attempting to contact E.T. for help."
Click to expand...

That does sound shit.

version said:
You ever read about the game?
"The final release was critically panned, with nearly every aspect of the game facing heavy criticism. E.T. is often cited as one of the worst video games of all time and one of the biggest commercial failures in video game history. It is cited as a major contributing factor to the video game industry crash of 1983 and has been frequently referenced and mocked in popular culture as a cautionary tale about the dangers of rushed game development and studio interference."
Click to expand...

I believe that there was an episode of The Goldbergs in which he saved up all his money to buy this and was unbelievably disappointed.

Staff member
Some classic movie "reviews" (demolitions) from SomethingAwful, from way back in 2002, are relevant to this thread:

Overview: A wheelchair-bound boy struggles through a world of corporate logos with the help of his newfound friend, a whistling booger from outer space. Together, they enjoy zany antics that are fun for the whole retarded family and help the alien's boil-covered family become official US citizens. GO TEAM USA!!!
Click to expand...

Picture this: it's your twenty-first birthday. For twenty-one long years you've been good - you've never had so much as a drop of alcohol. You pick up your best friend in the new car you bought to commemorate this new chapter in your life, and the two of you head to a bar. You toss back a few drinks, share some laughs, and have a great time. Then you and your best friend get back into the car. You realize that you're a little tipsy but you don't think you're too drunk to drive. On the way home, you swerve a little bit, but since the roads are empty you don't pay any heed. As you turn onto your street, a woman and a dog dart into the road. You try to avoid them but end up hitting them both and crashing your car, sending your best friend flying through the windshield. You are unharmed, but as you crawl out of the wreckage you see that the woman and the dog are both dead... and that the woman was your girlfriend and the dog was your dog. There's nothing more you can do for them, so you rush to your best friend's side. He's mortally injured and he asks you to come closer. You take him in your arms and his blood flows all over you. In his final breath he tells you that he has AIDS and now you do too. Despite all this, you have nothing to complain about because you fucking haven't seen "Nukie."
Click to expand...

No Longer in Shadows, Pentagon’s U.F.O. Unit Will Make Some Findings Public

For over a decade, the program, now tucked inside the Office of Naval Intelligence, has discussed mysterious events in classified briefings.

This article comes close to disclosing there is material evidence. In the US newspaper of record.

36 Alien Civilizations In The Milky Way? The Science Behind A Ridiculous Headline

One look at the uncertainties and the assumptions changes the story tremendously.

That floated out of the ether first few months of lockdown. 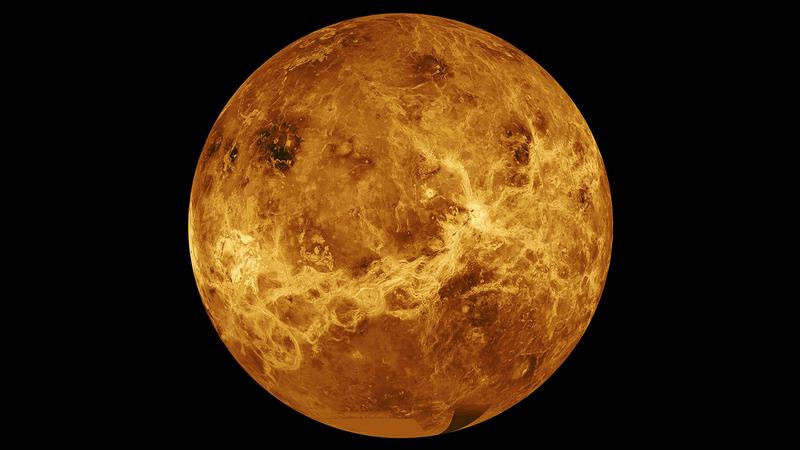 Scientists said on Monday they have detected in the harshly acidic clouds of Venus a gas called phosphine that indicates microbes may inhabit Earth's inhospitable neighbor, a tantalizing sign of potential life beyond Earth.

When people compute the chances of life emerging, is there a chance that we're thinking of these percentages the wrong way?

One of the (seemingly) consistent patterns up the ladder of physics and even into some metaphysics is that the optimal permutations are privileged, in that they exist longer than suboptimal permutations. That is, certain molecular structures are more architecturally sound than other structures, and thus they can hold together longer against the forces that would otherwise dismantle them and return them to equilibrium/disorder.

The same goes for biological evolution, it seems, in that certain phenotypes are more conducive to survival than other phenotypes. Hair length, beak sharpness, what have you. So its not like each possible permutation has the same chance of occurring, much less the same chance of subsisting. If you were to somehow get insight to the sheer number of possible permutations, some of them seem to be "weighted" more than others, thus making them more likely to be sustained, if they happen to be reached.