catalog said:
the Apollo/Daphne story (he chases her, she’s not keen, she calls her father to help her, he turns her into a laurel tree)
Click to expand... 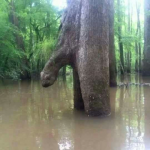 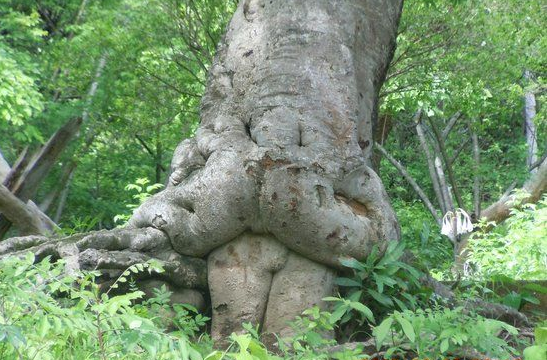 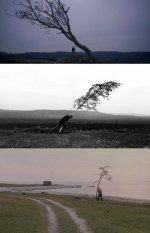 In regard to phallic trees. A famous one of these parts is a hinau tree, known as Te Iho-o-Kataka, which stands on a ridge in the forest at O-Haua-te-rangi, Rua-tahuna, near the Whakatane river [ ... ] "And the eastern side of that tree, the side towards the rising sun, is its male side, while the western is the female side.”
When a woman did not conceive after marriage, and it was arranged that the virtues of the above tree should be utilised, she would proceed thither, accompanied by her husband and a priest or wise elder. If she desired a male child, she would clasp the eastern, or male, side of the tree with her arms; if a female child, then she would clasp the western, or female side. Meanwhile the priest would be repeating the necessary invocation, that the rite might prove successful. I am informed by the greybeards of Tuhoe that this was a most efficacious method of causing conception in a woman apparently sterile.

It is stated by the Ngati-Manawa tribe, of the Galatea district, that another phallic tree, named Te Hunahuna-a-Pou, situated near Te Horomanga-a-Pou stream, has similar virtues to those of Te Iho-o-Kataka. This tree has two large branches, or divisions of the trunk, the eastern one being the peka tane, or male branch, while the western one is the peka wahine, or female branch. The husband here takes a twig or piece of bark from the male, or female branch, as desired, and places it under the body of his wife, before coition takes place.

Another account, however, shows a much more risky mode of procedure, as it relates that the priest would not allow the woman to see the tree, but made her approach it with her eyes closed, and she would embrace that part of the tree which she happened to encounter. One side of the tree was dry and dead, the other side side being still green and living. Should the woman chance to encounter the green, living side of the tree, she would surely conceive. But if she embraced the dry side, then would she still remain sterile. Evidently this was an inferior sort of phallic tree.
Click to expand...

From THE LORE OF THE WHARE-KOHANGA

@catalog - The Tuhoe people referred to above are known as "Children of the Mist" - there's also a short film about the Māori legend of Uenuku and his affair with mist maiden Hinepūkohurangi
Last edited: May 19, 2021

One of the strangest experiences of my life was climbing trees with mates as a nipper, then witnessing a pregnant woman away off rubbing her tits gently on tree bark. When the inevitable “wtf” and twig snap emanated her way, she scurried off

william_kent said:
Just been reading about these phallic trees from New Zealand which when embraced can cause pregnancy

From THE LORE OF THE WHARE-KOHANGA

@catalog - The Tuhoe people referred to above are known as "Children of the Mist" - there's also a short film about the Māori legend of Uenuku and his affair with mist maiden Hinepūkohurangi
Click to expand...

Children of the Mist!!
C

all the threads are coming together.

@william_kent i would like to post you a copy of my zine "smog" which is all about walking around in manchester and going to the white hotel. it's paper only, not online.
W

catalog said:
all the threads are coming together.
Click to expand...

In unexpected ways! The author of an article "Tuhoe, Children of the Mist", kicks it off by dedicating it to "The Polynesian Vikings".. I actually came across the Maori article when looking for a paper by Margaret Solomon called "The Phallic Tree of Finnegans Wake" which caused a stir at the first International Joycean Symposium in 1967;

Most memorable was Margaret Solomon's inquiry in to the "phallic trees" of Finnegans Wake, a fine example of instant symbolism. She introduced a few terms that, according to a group of protesters who walked out, had never been heard in the venerable building.
Click to expand...

The high point was a presentation of a scholar from Hawaii, unfamiliar then to us all, Margaret Solomon, who the evening before had asked me if she should tone down her fairly outspoken paper; but naturally we did not want any censorship, not we. So she got up and in a dead pan voice with perfect poise expatiated upon the "Phallic Trees of Finnegans Wake." It turned out that most trees were very phallic indeed, although other items tended to be testicular or vaginal, as the case might be. But even though everything was expressed with Latinate academic distance, the commotion was considerable. Some of the audience left the room in protest: "Such words have never been heard in this building!" The event left its imprint on intellectual Dublin, and some thought locally the Symposium could never live down its pristine reputation in years
Click to expand...

Outstanding among the academics (to this untutored person anyway) was Margaret C. Solomon whose paper "The Phallic Tree of Finnegans Wake" was delivered in cool, asexual tones. "Phall if you will but rise you must" Joyce had enjoined his readers. And here in Dublin this sweet lady was constructing an arboreal elevation.
Click to expand...

I can't find the paper online so I've ordered a copy of the book it was published in...
C

yeah i didn't see that one coming. i've not read my 10 pages of the wake today, better get on it. will keep an eye out for the "phall if you will but rise you must" 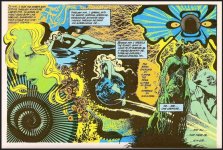 but ended up re-reading the whole lot
C

I did get swamp thing out and read the first couple, but didn't pursue and had to give it back. One to follow up on

(there's a website with all of them available for nowt actually - readfullcomic.com)
C

I did read "the anatomy lesson" and it was interesting what he does there, with this idea of the plant thinking its human, but there was something about the format, the drawing, that was difficult for me.

Basically went to the bottom of the pile.

I love Moore though, and comics, but recently haven't read a lot of comics

catalog said:
I did read "the anatomy lesson" and it was interesting what he does there, with this idea of the plant thinking its human, but there was something about the format, the drawing, that was difficult for me.

Basically went to the bottom of the pile.

I love Moore though, and comics, but recently haven't read a lot of comics
Click to expand...

yeah his thing of picking up a cheesy neglected character and breathing new life was magnificent on swamp thing - bringing in gender, ecology, psychedelics, just the ticket for young teenage sufi
but part of the magic was that it existed within the crappily coloured DC inky universe - the limitations made it all the more unexpectedly awesome, 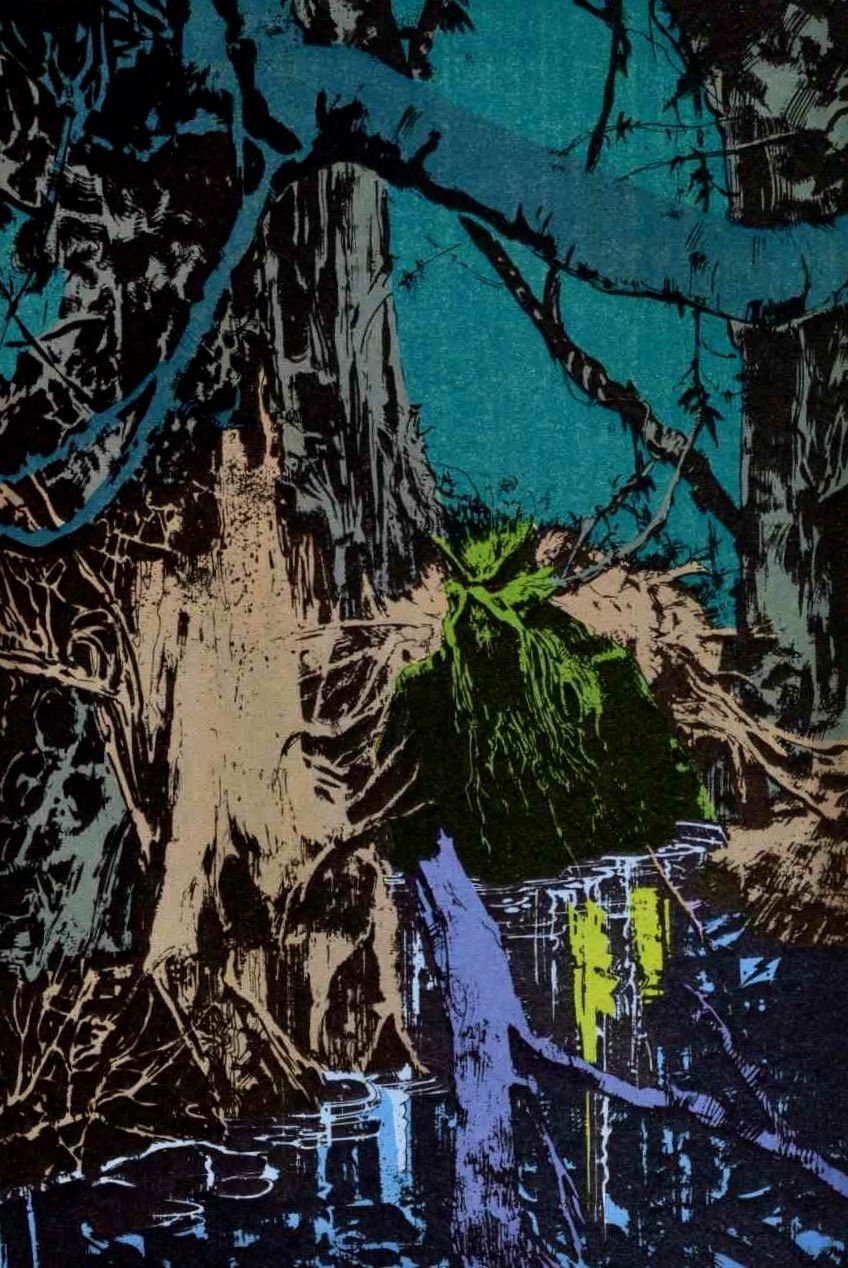 The artist and weird fiction author Clark Ashton Smith was good mates with H. P. Lovecraft, despite being a sort of anti-Lovecraft in his personal life (big drinker and smoker, something of a ladies' man), and when he was commissioned to illustrate HPL's story 'The Lurking Fear', he decided to troll his prudish friend by drawing trees that looked suspiciously like they had breasts or genitals, and with various suspiciously phallic 'plants' and 'fungi' sprouting from the ground: 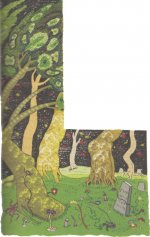