OK, so not really. But sort of a theoretical stance. 'The vegetable way' as something to ponder.

This is the key text, which contains the idea. From Jacques Tournier's 'Friday, Or the Other Island' (1967). Tourneur was a school friend of Deleuze's who failed his Philosophy Professor exams, so was a teacher and then wrote some fiction. It's a crazy little book, that I first heard about through Urbanomic.

Long quote but thought the context might be needed.

His meditations took another course. He became interested in the proceedings of a male hymenoptera which visited only one variety of orchid, and not, it seemed, for the purpose of foraging. Robinson spent long hours with his glass trying to determine what the creature was about. He noted first that the flower was an exact reproduction of the abdomen of the female insect, to the point of offering a sort of vagina which probably exuded a specific aphrodisiac scent calculated to attract and seduce the male. The insect did not rob the flower of its nectar; it tickled it, and then made love to it according to its own methods of propagation. In doing so its posture was such that the pollen contained in two sacs was deposited on its forehead, where it adhered to two sticky scales; and thus adorned with vegetable scales the deceived lover flew from male to female flower, serving the orchid species while it believed that it was doing its own business. This wonderful mingling of subterfuge and ingenuity was enough to make one doubt the sobriety of the Creator. Had the natural world been contrived by an infinitely wise and majestic God, or by a baroque demiurge driven to the wildest whimsicalities by his love of the bizarre?

Repressing these doubts, Robinson reflected that there might be trees on the island which, like the orchids with the hymenoptera, might be disposed to make use of himself for the transference of their pollen. And the branches of the trees were transformed in his mind into voluptuous and scented women whose rounded bodies were waiting to receive him...

Searching the island from end to end, he finally discovered a quillaia, or quillai-tree, which had been blown over by the wind but not wholly uprooted. The trunk, which lay on the ground, ended in a fork of two main branches rising a little into the air. The bark was smooth and warm, even downy at the point of the fork, where there was a small aperture lined with silken moss.

Robinson hesitated for some days on the threshold of what he later called his 'vegetable way'. He hung about the quillai with sidelong glances, discovering in the two branches thrusting out of the grass a resemblance to huge, black, parted thighs. Finally he lay naked on the tree, clasping the trunk with his arms while his erect penis thrust its way into that mossy crevice. A happy torpor engulfed him. He lay dreaming with half-closed eyes of banks of creamy-petalled flowers shedding rich and heady perfumes from their bowed corollas. With damp lips parted they seemed to await the gift to be conferred on them by a heaven filled with the lazy drone of insects. Was he the last member of the human race to be summoned to return to the vegetable sources of life? The blossom is the sex of the plant. Innocently the plant offers its sex to all-comers as its most rare and beautiful possession. Robinson lay dreaming of a new human species which would proudly wear its male and female attributes on its head - huge, luminous, scented...

His liaison with quillai lasted several happy months. Then the rains came. Outwardly nothing was changed, but one day as he lay spread on his strange cross of love a searing pain in his gland brought him sharply to his feet. A big, red-spotted spider ran along the trunk of the tree and vanished into the grass. It was some hours before the pain abated, and his afflicted member looked like a tangerine.

Robinson had suffered many misadventures during his years of solitude amid the flora and fauna of a world enfevered by the tropical sun. But the moral significance of this episode was inescapable. Although it had been caused by the sting of a spider, could his malady be regarded as anything other than a venereal disease, the 'French sickness' against which his masters had so constantly warned him in his student days? He saw in this a sign that the 'vegetable way' might be no more than a blind alley.
Click to expand...

So at the time I read this, I was spending a bit of time walking around in woods near my house. Just cos of the pandemic and being at home in front of a screen all day and feeling that going outside was a good idea. I was initially going into the woods to look for magic mushrooms, but then just got quite into the vibe of the woods themselves, the sounds, colours, smells and so on.

And in one particular wood I found, off a golf course, there were some incredible trees. Just huge old beasts, with spindly limbs and all the rest.

So I found this initial idea, from the book, quite funny, and it linked to some previous things I've been interested in. So, the film 'Trash humpers' (2009) by Harmony Korine which was apparently inspired by the work of Cameron Jamie, especially his video 'Massage the History', which I thought was incredible from the first time I saw it.

So far so weird. But then I mentioned the idea to a friend and he pointed me in the direction of this video by Paul McCarthy, which I didn't know about, and which had haunted him from the first time he saw it at school. Clearly an antecedent for both Jamie and Korine.


I also did a bit of googling and came up with these: 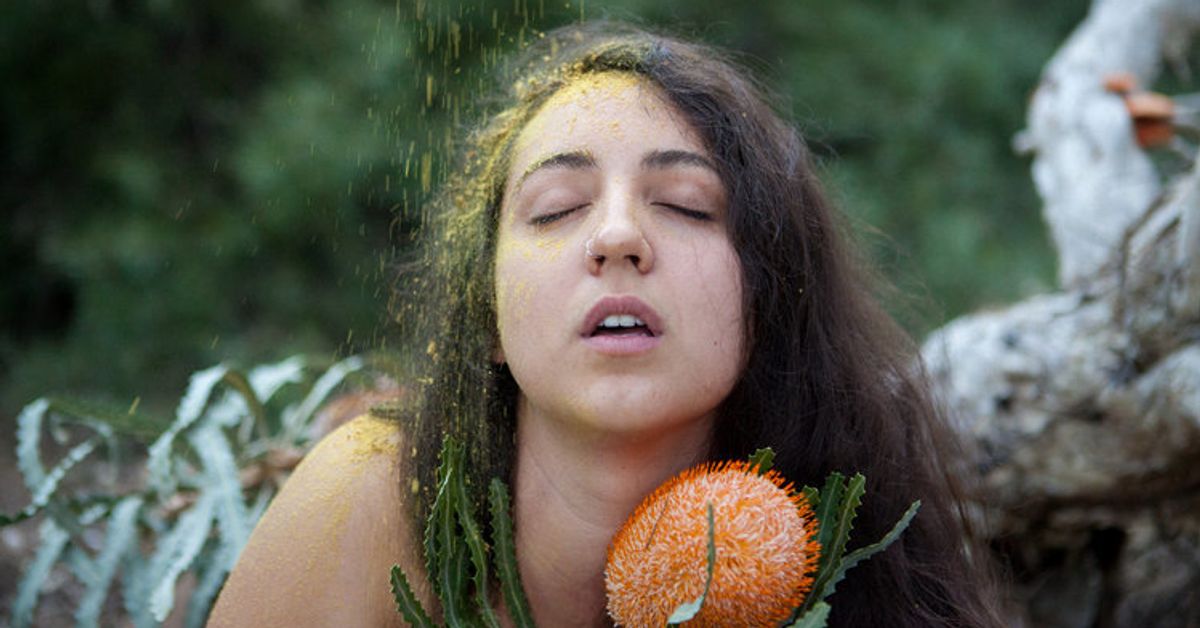 EcoSexuality: 7 Things You Need To Know About This Sexual Identity

Then I was talking to another friend about how this could be a different approach to the Robert MacFarlane type nature engagement.... And then i was thinking about incels and the future, evolution...

So thought I'd share here and see what people think....

If you work with survivors of childhood sexual abuse who dissociate frequently, the leading safe space archetype is the tree, ie it’s the form of place most frequently alluded to.

A therapist will ‘resource install’ these forms into the client’s mind, so they can then draw on all the symbolic strengths inherent in our long-standing relationship with these life forms and ecosystems.

Clients are encouraged to fill in the details through sensory visualisation, to promote positive emotional resonances during periods of acute distress.

that's very interesting - this jan fries book sort of says a very similar thing but in a different way. basically associate with a happy memory and disassociate with an unhappy one.

See grounding - ”when the trees were enchanted there was hope for the trees, that they should frustrate the intention of the surrounding fires”

I never feel spooked in woods. They alter your field of vision a tad, but deeply comforting places on the whole. Good practice to combine a walk through them with a rest stop. Get your senses flowing.

The whole root and fungus internet coming out in recent years was a thing of beauty. All in the face of mass deforestation. Scuse me a sec, gotta hug a tree.
C

The combination of Hands’ new avatar and this thread title is not a good one.
C

Oh dear, I hope that’s not actually him.

craner said:
Oh dear, I hope that’s not actually him.
Click to expand...

He's probably done what a lot of people do, which is to use a photo from when they were much younger and better-looking.
M 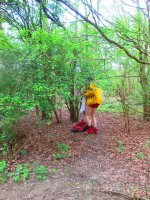 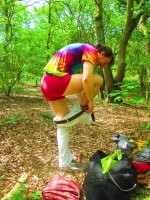 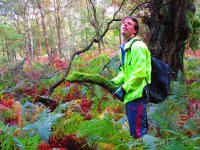 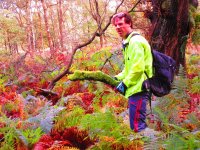 Is this the real reason they had to develop Lea Valley?
C

wtf that's amazing, who is that??

this is his tree - feels like a good metaphor for something 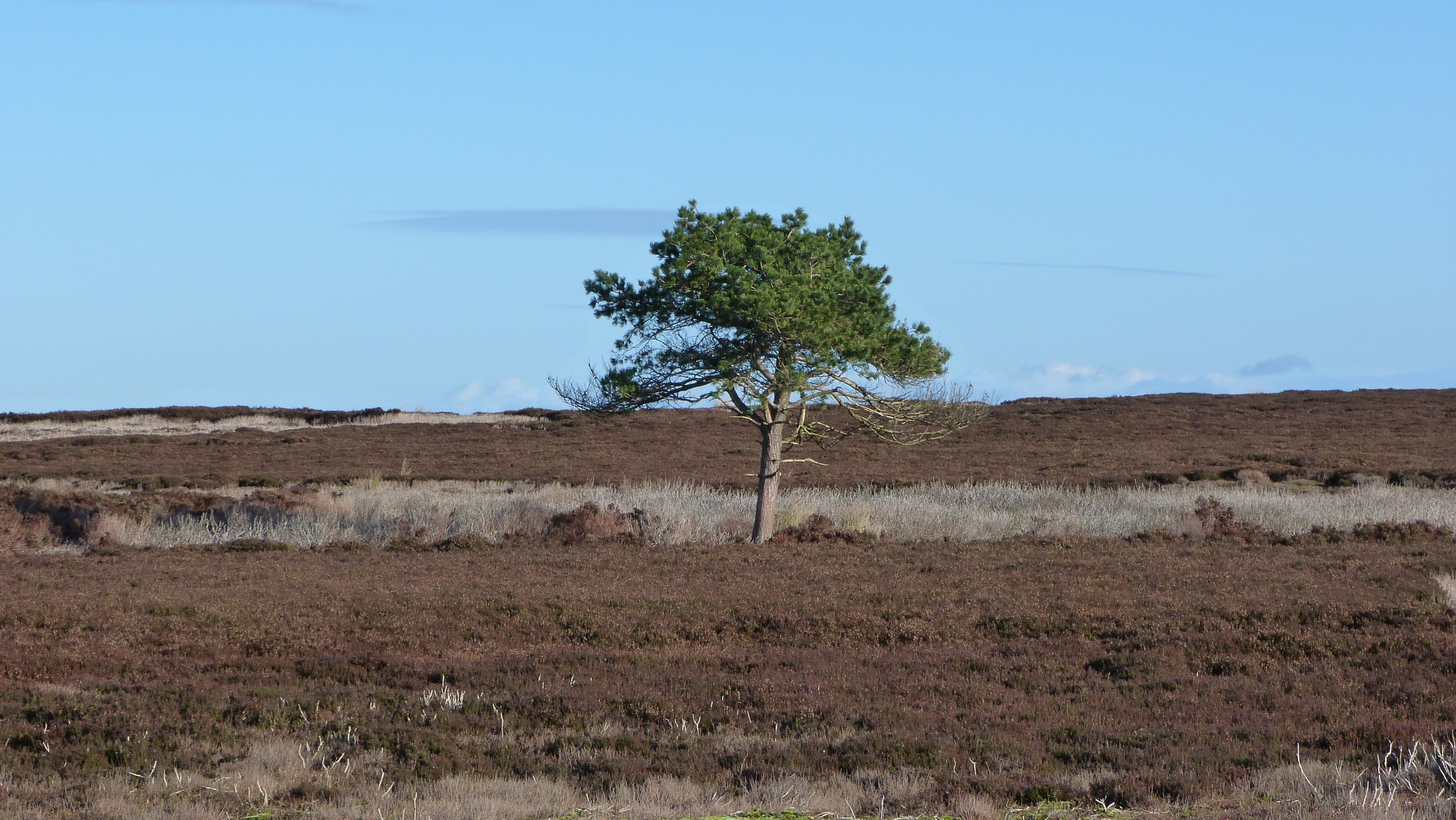 He's too busy posting gold all over the forest.
C

Sent the text of the original post to another friend and he reminded me (ofc) of Ballard in connection to the treeshagging thesis.

In a sense, the Tournier is a Ballard novel, it's just written by someone else. Can't recommend it highly enough.

But in a different way, you could also write a good novel about people going out into the woods to shag trees, as a perfectly same reaction to what's going on in the world, like Ballard did with Crash. I mean, that was such a genius move, and a genius title as well. Everything about it, genius.

I think 'treeshagging' is not quite as good a title, bit too slapstick really. But it's what we've got.

And this thread is going much better than I could have ever hoped for, certainly an improvement on 'Crane freestyle".
C

"I rolled round in manure when I was a kid. I waded through mud, I mean real mud, for long periods in my life. I don't think of nature as any different from technology. There's a history to this, I remember a long essay by David Hume which dismantles the idea of ""Nature" vs. man-made. Recall he will have been writing at the time of the first Romantics..But you can't define ''Nature'. Is it pleasant fields? Because fields are made by man. Is it the Bertold Brecht joke, about the ""hoary hands of the farmer ageing as he grows old" (something like that)? Because Mr. Brecht was against it and so should probably we all be."
C

"One take on this would be Freudian, the transferral and growth of sexuality from the anus and shit to the mouth? Speaking of Luis Bunuel too, it is a common female sexual fantasy to be tied up and subjected to foul language and have dirt slung at them/you/the object. CF. Discreet Charm of the Bourgeoise. A student of politics may say it's an emotional transference of the social role of women. I'm here equating nature with ''dirt'. With which I have no issue (cf. ''mud', ''manure' above)... "